The shocking pictures show vessels tied together in the West Sea, using hoses to transfer the oil.

The US Treasury said: “North Korea is known to employ deceptive shipping practices, including ship-to-ship transfers, a practice prohibited by the UNSC.

“The images below were taken on October 19, 2017, and they depict a recent attempt by Korea Kumbyol Trading Company’s vessel RYE SONG GANG 1 to conduct a ship-to-ship transfer, possibly of oil, in an effort to evade sanctions.”

The revelations have sparked anger in South Korea, which has repeatedly urged China to cut ties with Kim’s hermit kingdom.

Tensions in the region have soared this year, leading to fears Kim’s provocative nuclear and missile tests could spark World War 3. 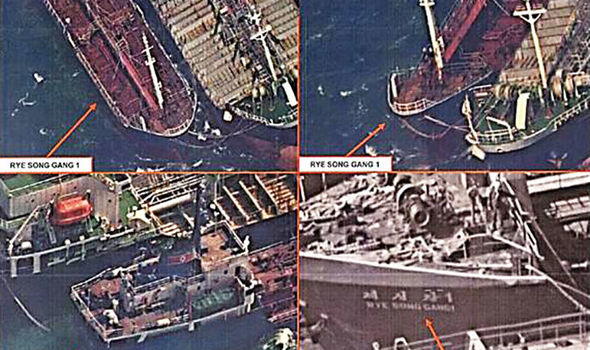 China is secretly selling oil to North Korea, the US Treasury claims 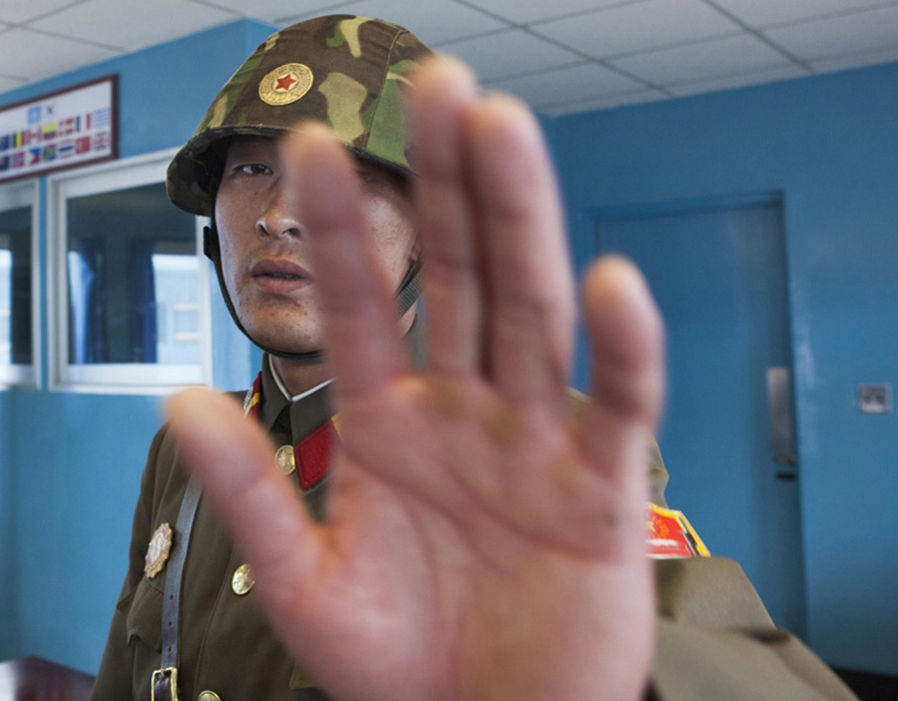 
A Seoul government source said: “We need to focus on the fact that the illicit trade started after a UNSC resolution in September drastically capped North Korea’s imports of refined petroleum products.”

He said: “There is a lot of under-the-radar on the Chinese side.

“Beijing does not police the border strictly or enforce the sanctions toughly. This could be that.” 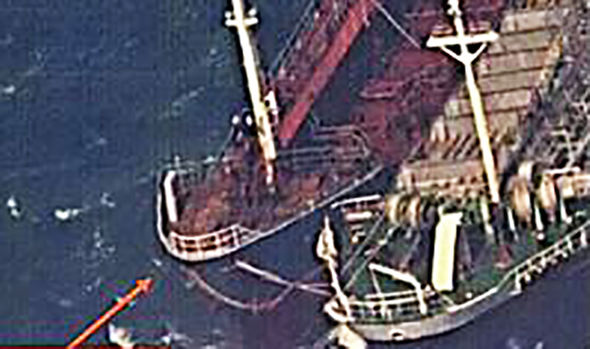 The shocking pictures show vessels tied together in the West Sea

US Treasury Secretary Steven T. Mnuchin said: “As North Korea continues to threaten international peace and security, we are steadfast in our determination to maximise economic pressure to isolate it from outside sources of trade and revenue while exposing its evasive tactics.

“These designations include companies that have engaged in trade with North Korea cumulatively worth hundreds of millions of dollars.

“We are also sanctioning the shipping and transportation companies, and their vessels, that facilitate North Korea’s trade and its deceptive manoeuvres.” 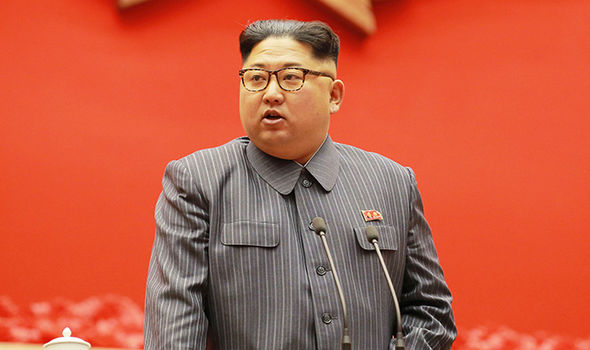 Asked if Chinese ships were illegally providing oil to North Korean ships, a spokeswoman said: “The situation you have mentioned absolutely does not exist.

“I want to ask you if these ships are on the list of the UNSC.

“If they are not on the list, then how can we be sure that they are violating Security Council resolutions?

“If there is solid evidence that Chinese persons have violated the Security Council resolution, then we will deal with this according to the law.” 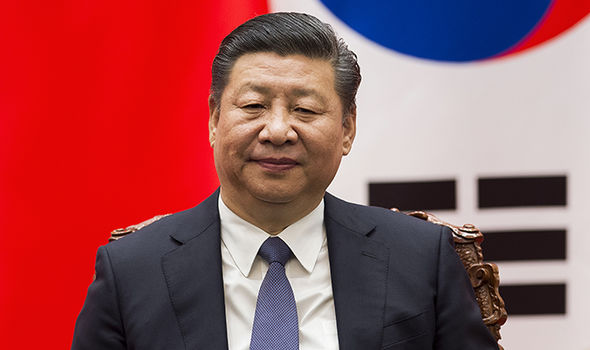 “We have already established a set of effective operating mechanisms and methods.”

The last time China’s jet fuel shipments to Pyongyang were at zero was in February 2015.

Industry sources say China still supplies about 3.8million barrels of crude a year to North Korea via an aging pipeline.

Pyongyang also sources some of its oil from Russia. 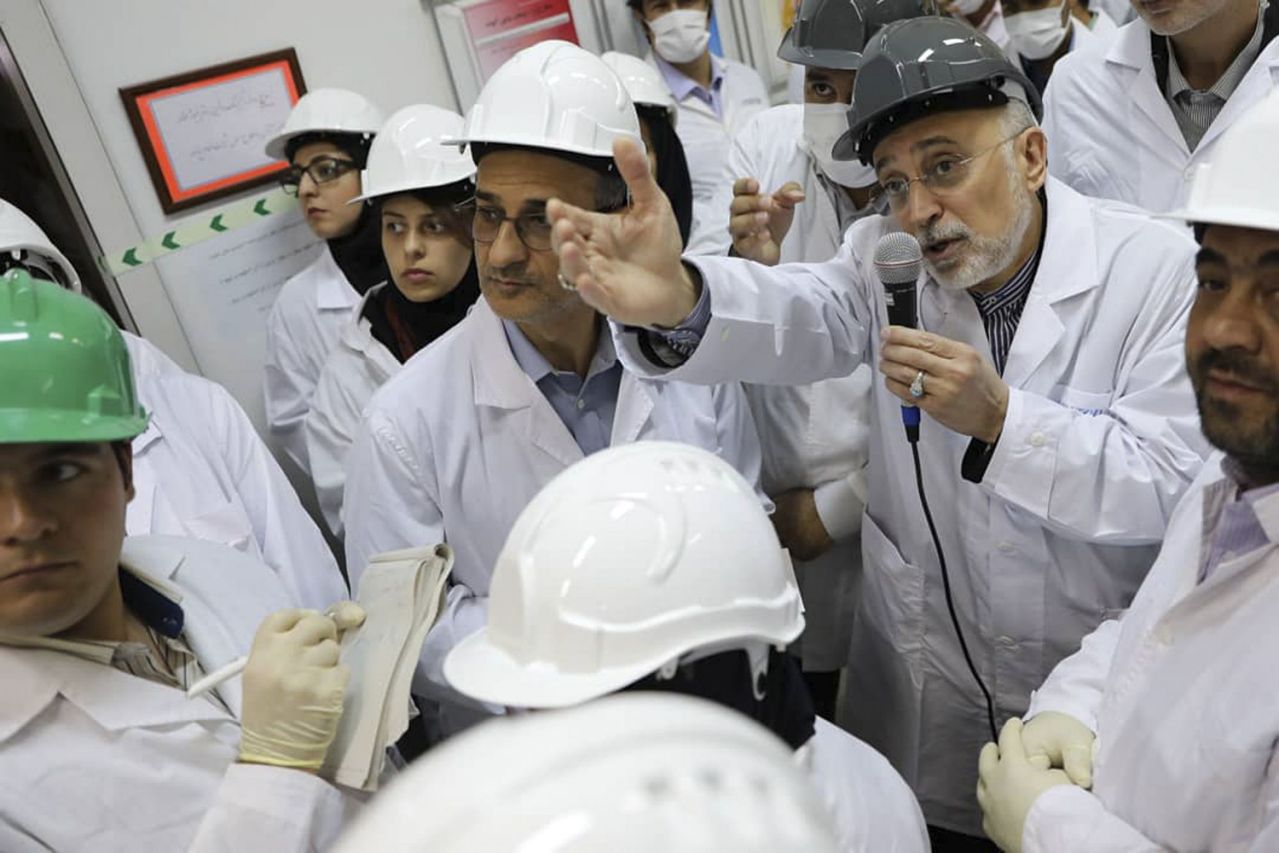 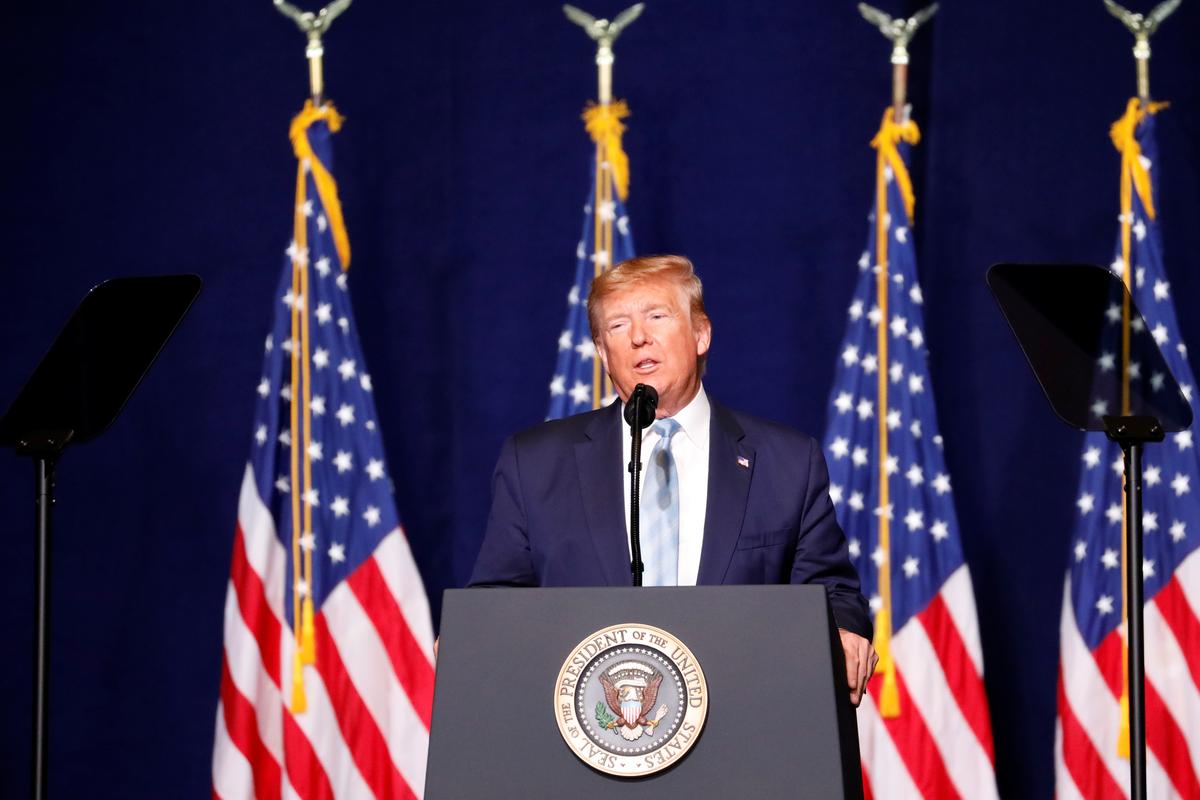 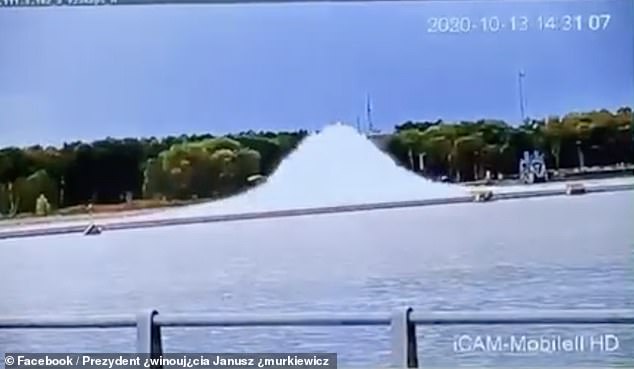 A British World War II Tallboy bomb has exploded while being made safe underwater by Navy sappers in northwestern Poland on Tuesday.  […]