My taxi driver had asked just before we pulled up to Takeshita Street, a trendy pedestrian thoroughfare teeming with tourists and teens alike.

It was my first time — in Harajuku, and here in Tokyo. The driver caught my eye in her rearview mirror and grinned.

I laughed. “Yes, actually,” I told her, bobbing my head emphatically as if that would help bridge the language gap.

In fact, that’s what President Donald Trump was doing at just about that time: Hitting the links with Japanese Prime Minister Shinzo Abe and local golf pro Hideki Matsuyama, away from the eyes of the press but not far from the mind of the woman shuttling me through Tokyo.

That Trump is everywhere and everyone’s talking about him here isn’t a new phenomenon.

When we went to Saudi Arabia and then Israel earlier this year during his first trip abroad as president, various billboards bearing the president’s face and the American flag adorned highways and bus stops. He is an all-consuming news cyclone, sucking up the attention of whatever population he finds himself in front of. For the next 10 days, East Asia will be the Donald Trump Show.

And I’ll have a front row seat. Assuming I can consume a steady enough stream of coffee to stay awake. We touched down in the land of the rising sun as the sun was rising this morning, none of us in the press exactly sure of where we were.

The mind scramble was understandable, having boarded the plane in Washington, D.C., about 24 hours earlier and flown to the other side of the world. Our plan had been to re-fuel in Anchorage but icy weather diverted us: First for several hours in Seattle, then back to Anchorage with a new plane to pick up crew members before we could finally head for Tokyo. I wasn’t sure when to sleep so I dozed, woke up, dozed, woke again.

That the news doesn’t sleep is a blessing in these situations. I spent my waking hours scrolling news reports and seeing that both former Presidents Bush not only didn’t vote for Donald Trump in 2016, but were now voicing why.

I wondered if it would dampen Trump’s mood or cause the lengthy trip to open with a new round of counter-punches, but he let it pass.

“I don’t need headlines,” he said. “I don’t want to make their move successful.”

Instead, the president seemed energized and in good spirits when he deplaned Sunday.

He donned a custom bomber jacket gifted by a commander at Yokota Air Base and heard cheers from the crowd. He praised the U.S. troops for their strength and the Japanese for their friendship. And he warned those who would underestimate the might of the United States.

One day in. The president’s on script and I’m getting ready for a long ride. 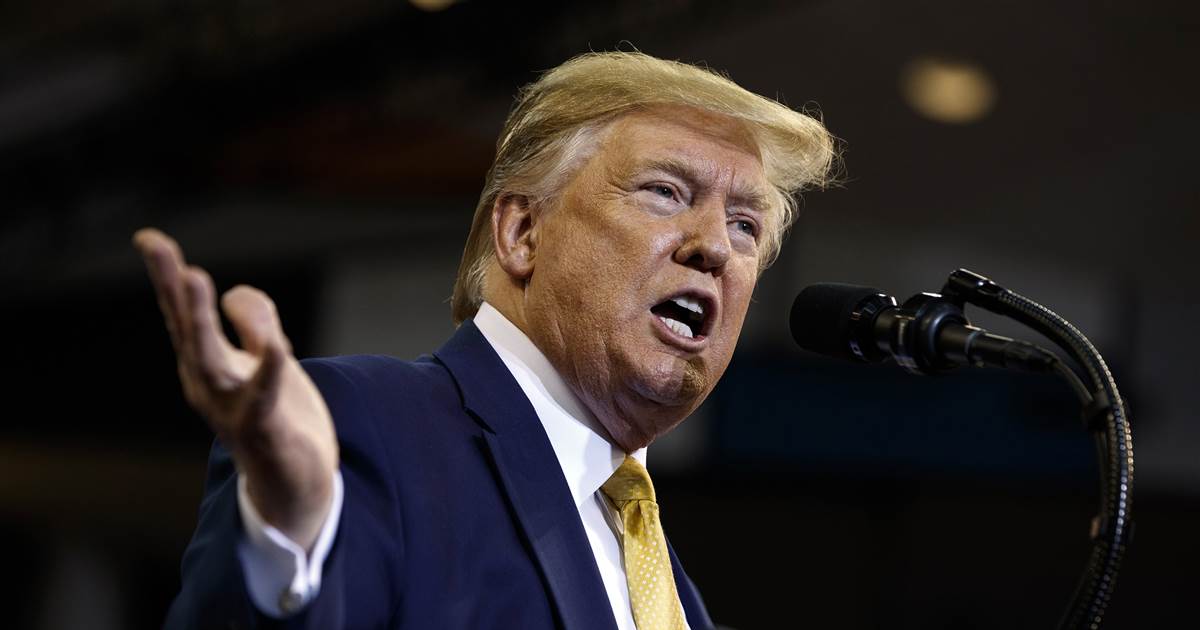 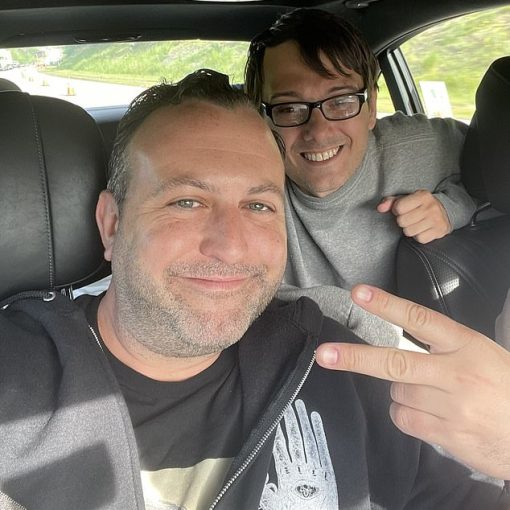 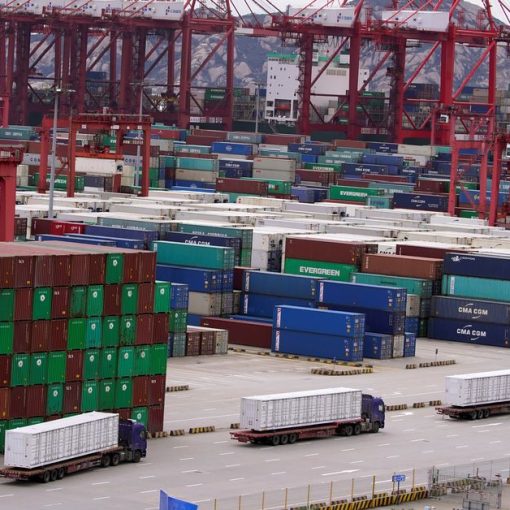 Containers and lorries are seen at the Yangshan Deep Water Port in Shanghai, China, as the coronavirus disease (COVID-19) outbreak continues, October […]

SEOUL (Reuters) – A South Korean cargo vessel carrying 4,000 cars bound for the Middle East listed heavily on Sunday off the […]