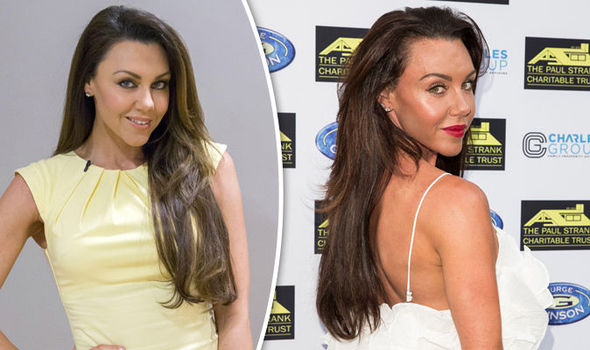 Shortly after the birth of her first child Faith, now five, the singer discovered she had a high risk of developing both ovarian and breast cancer.

The mother of two, 38, subsequently underwent a double mastectomy in 2012 after discovering a lump in her breast. T

hen in 2015 she opted to undergo a full hysterectomy when her second child Aaron Jay (known as AJ) was just 10 months old to reduce her chances of developing ovarian cancer, which kills around 4,000 women every year in the UK.

At the time the star, who is best known for being a member of pop group Liberty X, said that she hoped it would improve her chances of being around for her children in later life.

“It’s been a rough few years,” admits Michelle, who is married to Irish businessman Hugh Hanley, 38.

“But it is getting better and I feel much more in control now. But at the time I was just thinking, ‘Really, what else could go wrong?’”

After her hysterectomy Michelle knew she would have to deal with common menopausal symptoms such as hot flushes and mood swings.

But one unpleasant side effect she wasn’t expecting was the return of the eczema that had plagued her throughout her childhood.

“With the surge of hormones in my body after such massive operations it seems that it was only a matter of time before it came back,” she says. 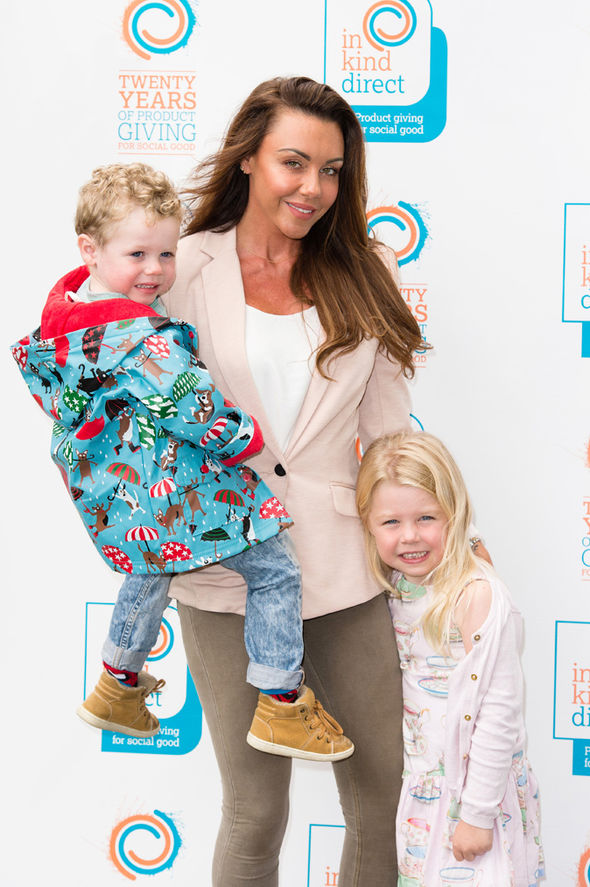 Michelle is a mother-of-two to Faith, five and Aaron, three


“After the early menopause started my moods were all over the place and I was very low and emotional. Then the eczema returned.”

ECZEMA, also known as dermatitis, can cause the skin to become itchy, dry, cracked, sore and red.

Some people have small patches of eczema while others may suffer from widespread inflammation all over the body. It affects one in five children and one in 12 adults in the UK.

It is most common in children, affecting at least 10 per cent of babies at some stage but usually disappears during childhood, although it can carry on well into adult life.

The exact cause is unknown but it can run in families and often develops alongside hay fever and asthma.

The symptoms often have certain triggers such as soaps, detergents, food allergies, the weather and stress. 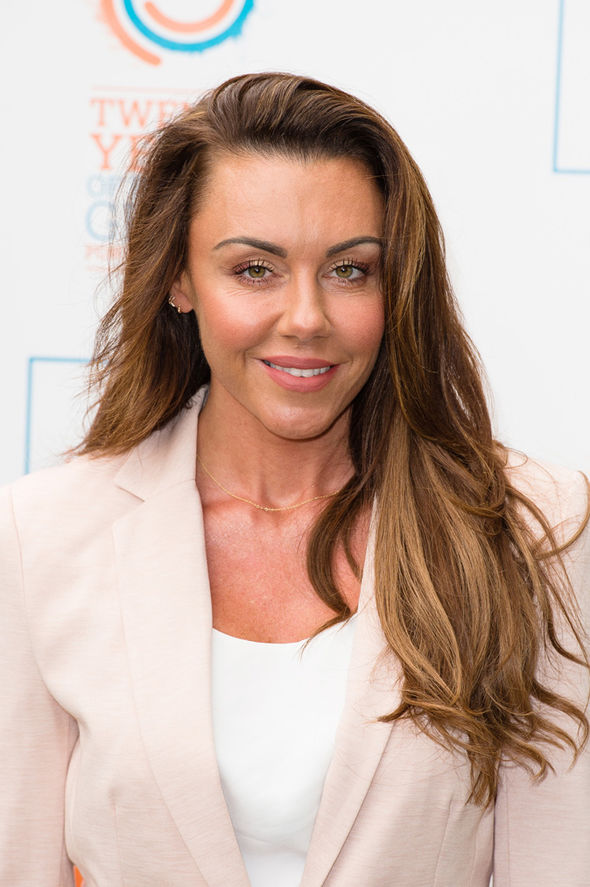 As psychologist Jo Hemmings explains: “If we have a surge of hormones or we’re stressed, our skin barrier becomes compromised and its ability to heal itself is reduced.

This makes us vulnerable to the elements and potential irritants which, in turn, can cause a nasty flare-up.

“Visible conditions such as eczema can knock our selfconfidence making our stress levels rise even further, creating a vicious cycle.”

Michelle says she first noticed the condition when she was around 10 years old.

“It was more of an annoyance. It carried on until I was about 15. It wasn’t ideal as a teenager to have something that was so obvious and so irritating.

“I never had a good time at school anyway but trying to hide this away from everybody was not an easy thing to manage. I didn’t want people seeing it. I tried to conceal it from view as much as I could.”

The condition cleared up in her teenage years and after graduating from a performing arts college in Newcastle and a stint in a girl band called Sirens, Michelle auditioned for the TV talent show Popstars in 2001. 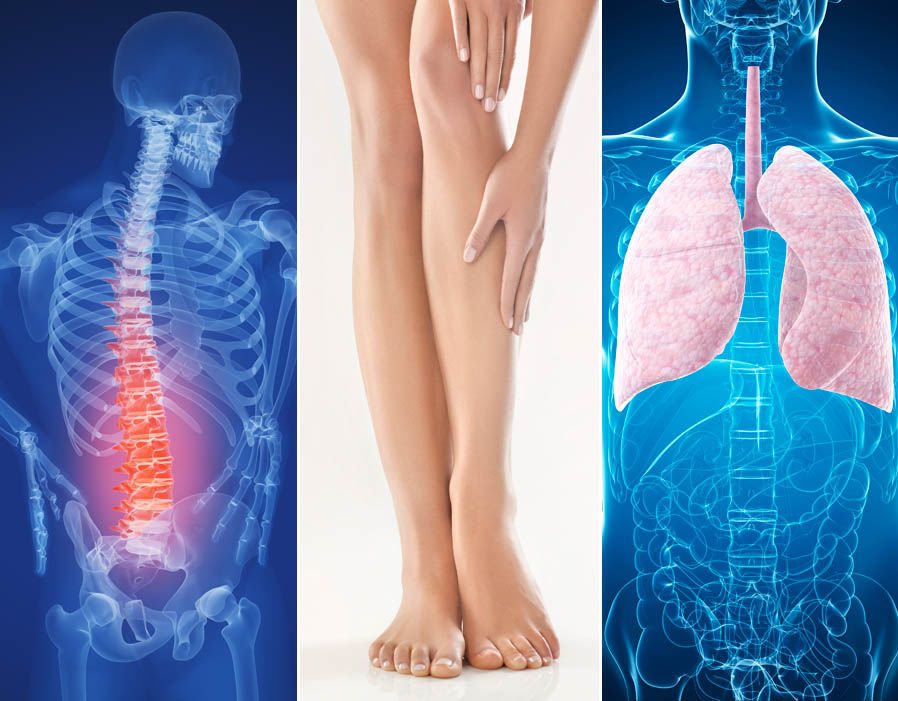 She was picked as one of the five runner-up contestants to form Liberty X.

The band enjoyed chart success with a string of hits before going their separate ways in 2007.

She went on to appear in several reality TV shows including Come Dine With Me and Celebrity Big Brother and also became a personal trainer.

But when AJ was born three years ago and she spotted the telltale dry, red patches on the back of his knees and legs, elbows and chest, she knew instantly what it was.

She says: “I was devastated when I spotted it. I was more upset for him because I know how infuriating it can be. He was so little and it was so sore that it made him cry in pain.

“I went to the doctor and tried everything they gave me; topical steroids, emollients but nothing relieved the inflammation.”

She dressed her son in long trousers and T-shirts, even in the height of summer. 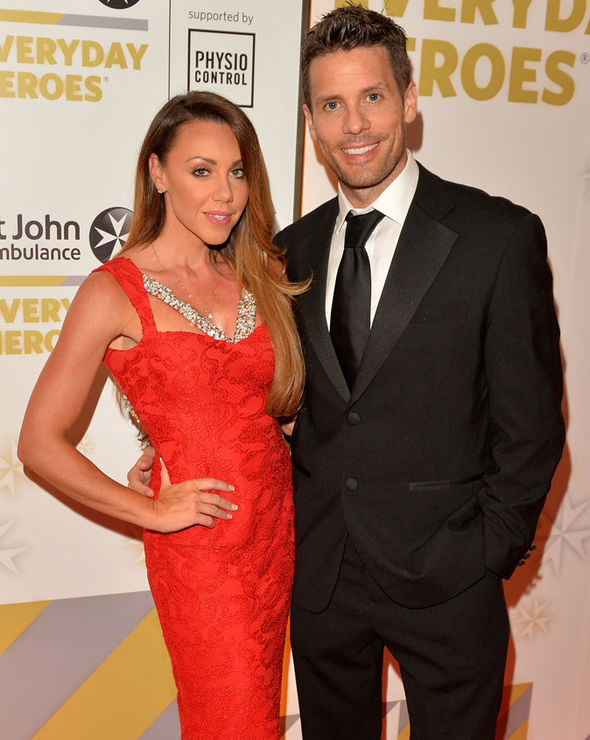 “I knew if I didn’t cover up where he was affected worst then he would just scratch and scratch which leads to weeping sores and infections. At least if he was covered his nails couldn’t break the skin.

“But everything I used just seemed to make the eczema worse. I only had the doctors to ask for advice but the medications just weren’t working.”

In desperation she joined online forums and scoured the internet asking for advice from fellow parents.

“So many parents are desperate for some small piece of information that might help their children. I even went on to self-help pages that people set up, desperate to find an answer.

“I would have tried anything.” 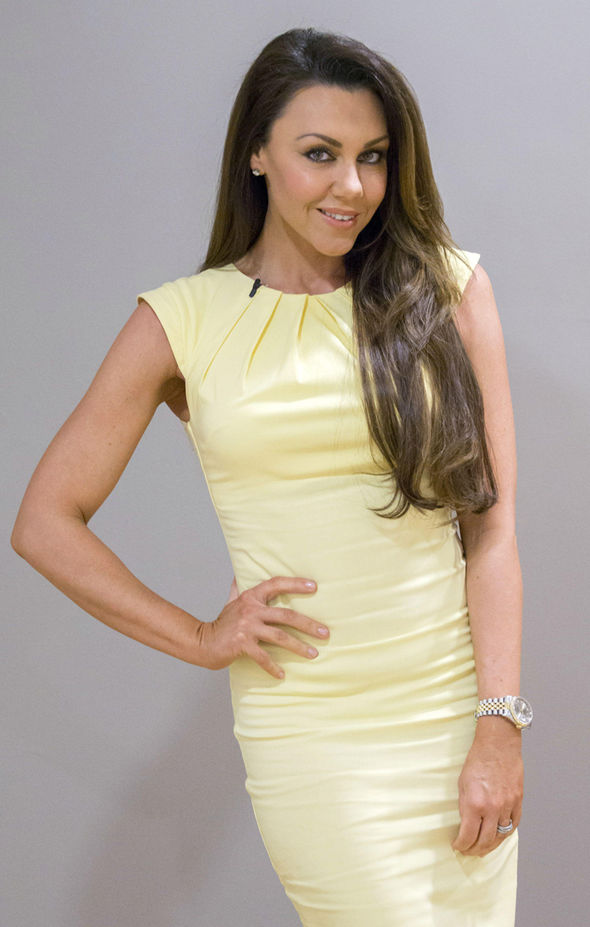 Then after asking her fans for advice on social media, she came across a sulphate-free skincare brand called Skinfix and decided to give it a try.

“We tried a body wash and soothing body butter and within three or four days of using them it started clearing up the eczema for both of us.

“I couldn’t believe it because I was on the verge of giving up. My eczema has disappeared now and AJ’s is showing a marked improvement.”

Since the mission of this newsletter is to help you define, carve out, and live your own Ultimate Lifestyle, I figured I […] 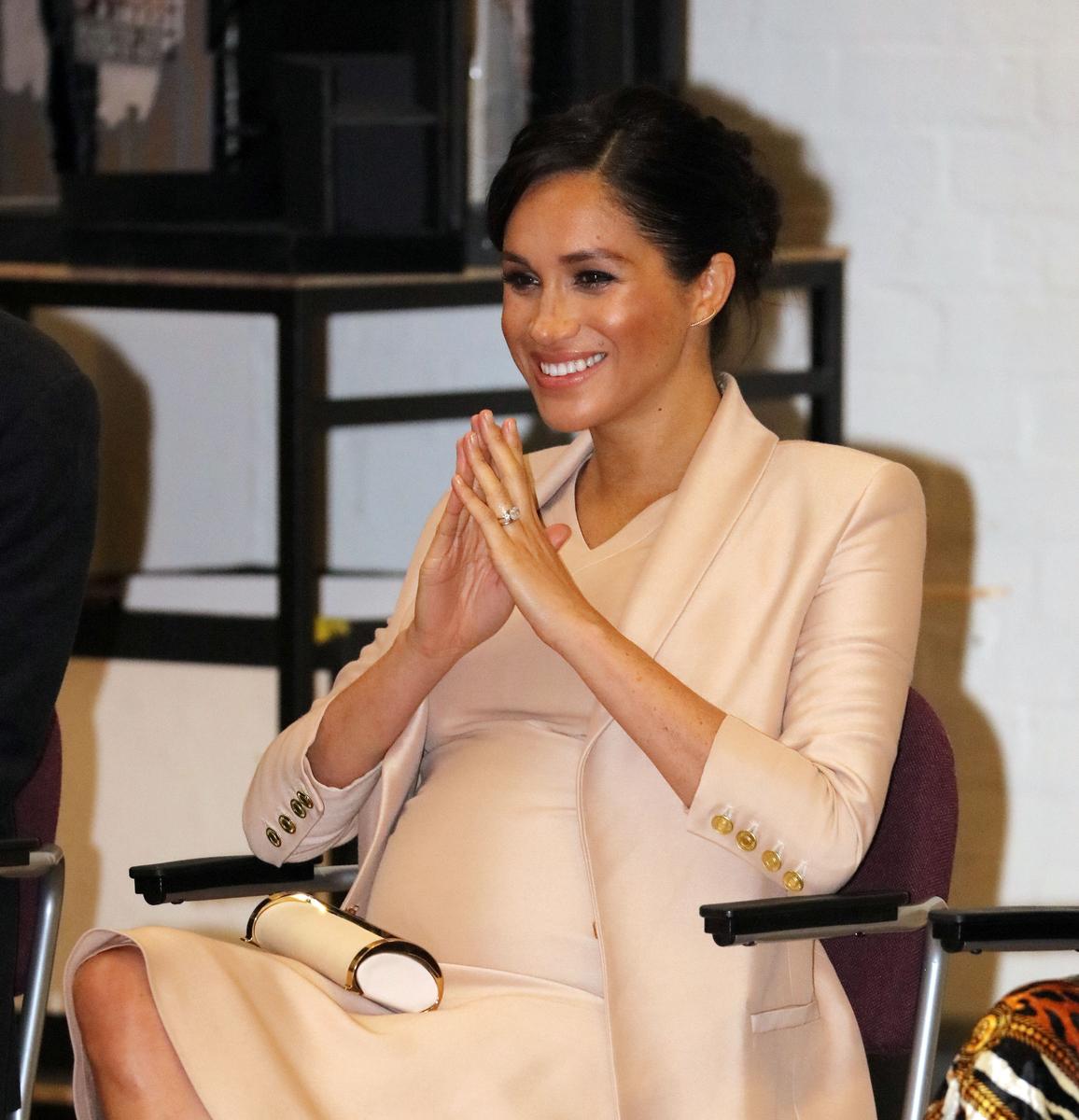 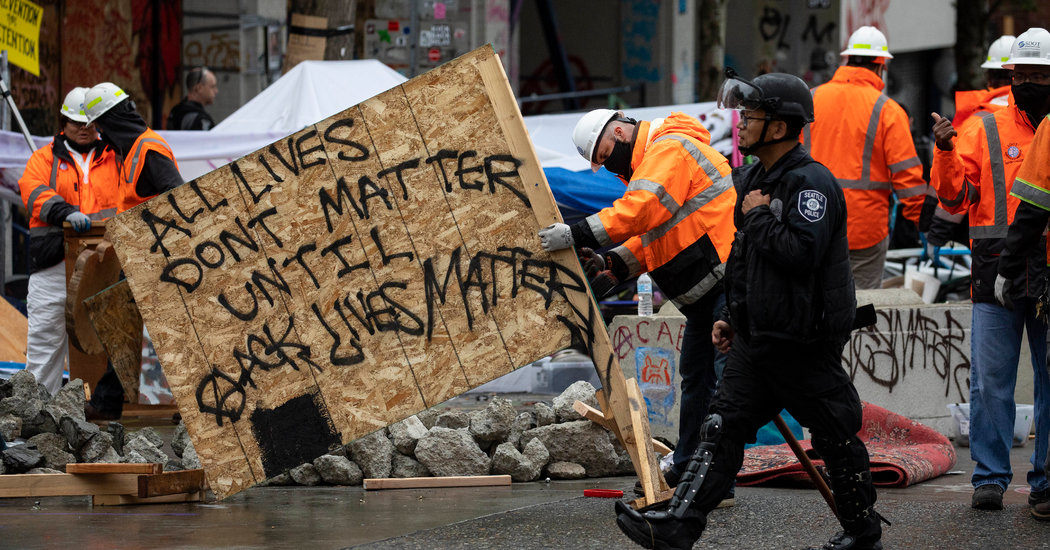 Rojava was born when a Kurdish militia captured a swath of territory during the Syrian Civil War. “It’s about not being like […] 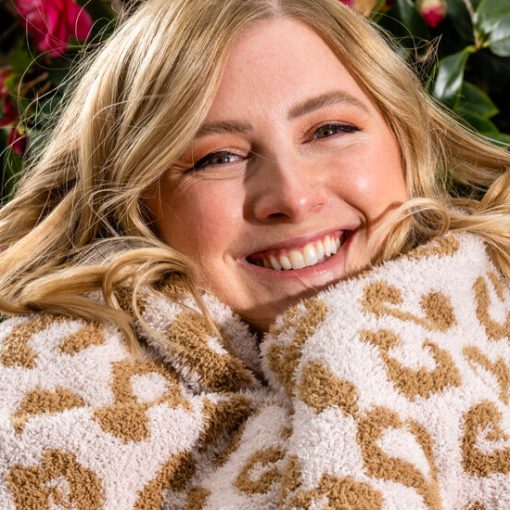 The first time Amanda John glimpsed a Barefoot Dreams blanket, she was watching “Keeping Up With the Kardashians.” “Khloé was wearing her […]