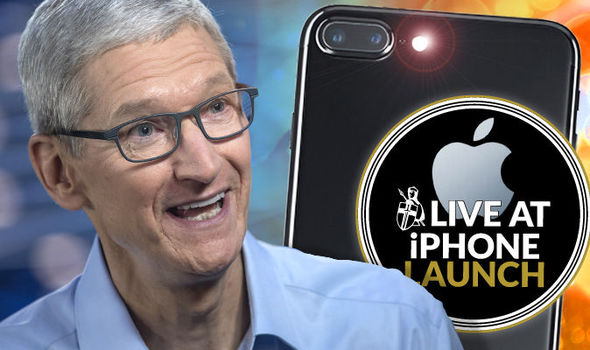 • And we’re off – Apple has kickstarted its iPhone 8 launch event!

• The next-generation smartwatch hardware has a built-in SIM, so you can reply to texts when you’re away from your iPhone

• Watch Series 3 can stream Apple Music, get direcrtions from Apple Maps, and answer calls over its own 4G SIM

• iPhone 8 and iPhone 8 Plus have been confirmed with better display, speakers and cameras

• iPhone 8 will support wireless charging via the Qi standard, thanks to the new glass back

• Apple has dropped the Touch ID fingerprint scanner, replacing it with Face ID – which scans your face and unlocks when you look at the phone

• And that’s all follks, Apple has signed-off the first keynote at the Steve Jobs Theatre, in Apple Park 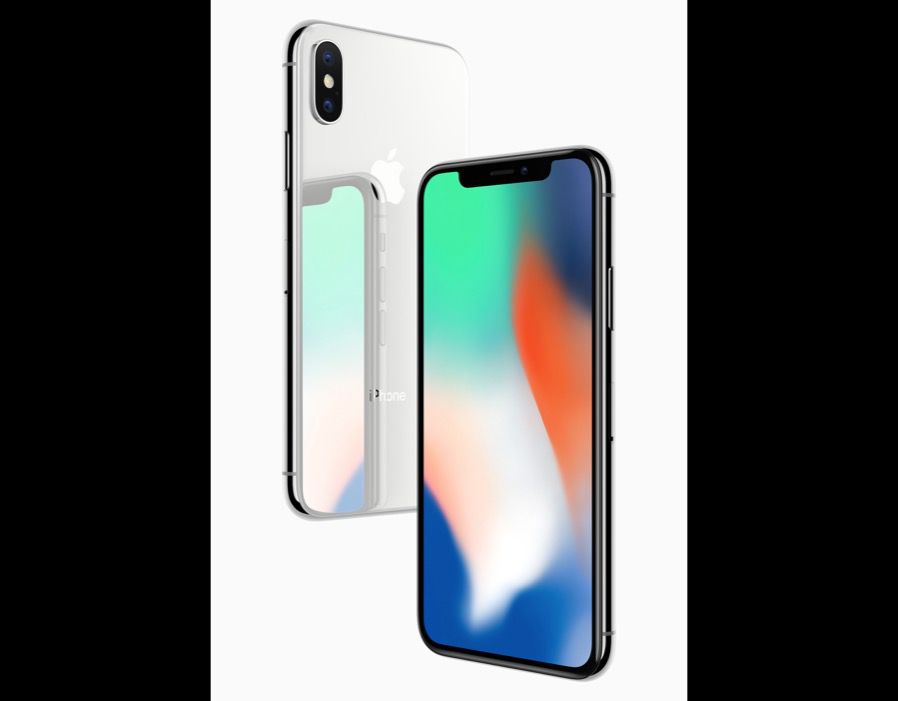 Apple has thrown open the doors of its new Californian headquarters, Apple Park, for the feverishly-anticipated launch of the iPhone 8 and iPhone X.

The keynote presentation is being held in the newly-opened Steve Jobs Theatre.

The event started with a touching tribute to the late co-founder and CEO Steve Jobs and his vision for the company.

CEO Tim Cook then appeared on-stage and talked about the relief efforts Apple is working with to help those affected by Hurricane Irma.

Senior Vice President of Retail, Angela Ahrendts then appeared on-stage to talk about the changes coming to the newly revamped Apple Stores worldwide. 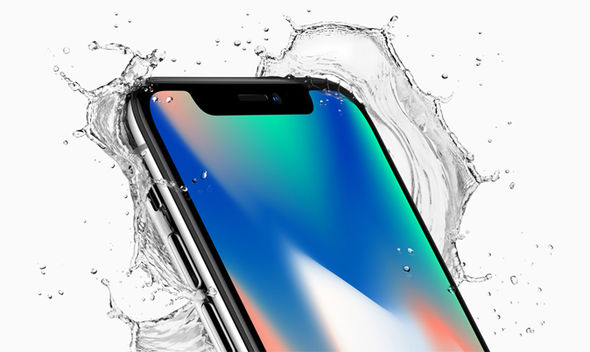 CEO Tim Cook called the new handset the “biggest leap” in smartphone technology since the original iPhone, when it launched back in 2007.

The iPhone X has a dramatic new design, with an edge-to-edge OLED display that bleeds to the very edge of the chassis.

Like iPhone 8 and iPhone 8 Plus, the iPhone X also supports True Tone technology, which dynamically adjusts the white balance of the display to match the surrounding light for a more natural, paper-like viewing experience.

Apple has ditched the physical Home Button from the front of the all-new iPhone, allowing it to squeeze this sizeable 5.8-inch display into a handset small enough to use one-handed.

However, this has forced Apple to create a slew of new gestures to replace the functionality previously assigned to the Home Button.

For example, tapping the Home Button to leave an app has now been replaced with a upwards swipe gesture from the bottom of the display. 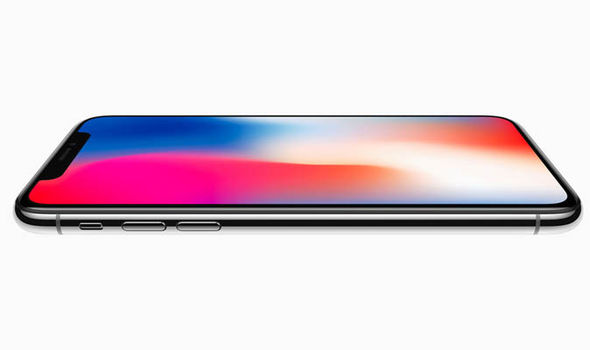 Apple also includes a simple swipe gesture along the bottom of the display to switch between recently-opened applications.

Some of the system commands assigned to the physical Home Button – summoning Apple Pay and Siri – have been mapped onto the Sleep-Wake button on the side of the phone.

Powering the brand-new iPhone X is Apple’s very latest A11 processor, which the US technology company boasts is 35 per cent faster than anything they’ve ever shipped before.

The Touch ID fingerprint scanner has also been dropped in favour of Face ID, a security system that scans your face to unlock the phone.

Apple will only unlock the iPhone X when you’re looking directly at it. So, if you have your eyes closed, or are looking away from the sensors on the front of the device, the iPhone X will stayed locked until you make direct eye contact.

This nifty new face-scanning feature is powered by the TrueDepth camera system, which is made up of a dot projector, infrared camera and flood illuminator.

The IR image and dot pattern are pushed through neural networks to create a mathematical model of your face and send the data to the secure enclave to confirm a match, while adapting to physical changes in appearance over time.

All saved facial information is protected by the secure enclave to keep data extremely secure, while all of the processing is done on-device and not in the cloud to protect user privacy.

Apple Pay will now be secured via Face ID, as well as a slew of third-party apps, including 1Password and Mint. 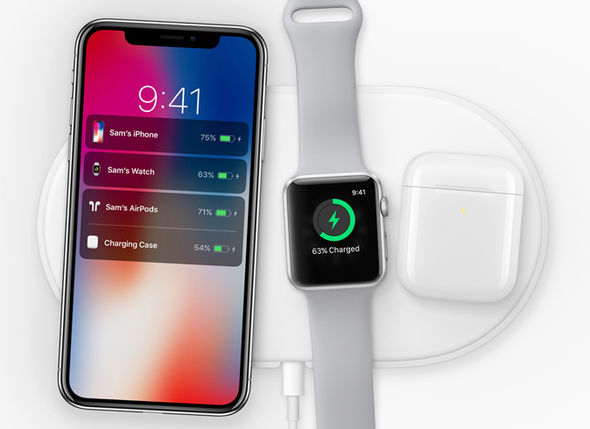 As well as biometric security, the depth-sensing face scanning technology on the front of the smartphone can also be used to animate emoji.

When users talk, the TrueDepth camera captures and analyses some 50 different facial muscle movements, then animates those expressions in a dozen different emoji characters, including a panda, unicorn and robot.

iPhone X also builds on the functionality debuted with the dual-camera system on the iPhone 7 Plus last year.

Like the iPhone 8 and iPhone 8 Plus, LED flash has also seen some improvements.

iPhone X is also the first Apple smartphone to bring the company’s depth-sensing Portrait Mode functionality, which creates a fake bokeh effect behind the subject of the photo, to the front-facing camera.

Users can cycle between the lighting effects after the photo is taken, creating an entirely new feel to the portrait pictures. 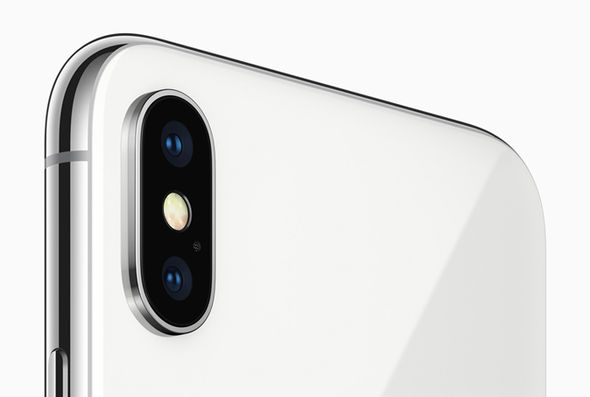 The dual-camera is designed with Augmented Reality in mind, and there is new and improved LED flash

The all-new flagship smartphone is compatible with any Qi wireless charging stand.

Apple will introduce its own wireless charging stand, dubbed AirPower, which can charge your iPhone X, AirPods and Apple Watch Series 3 on a single stand.

iPhone X will be available in Silver and Space Grey in 64GB and 256GB configurations.

Customers will be able to order iPhone X on Friday October 27th. The all-new handset ships on Friday November 3rd. 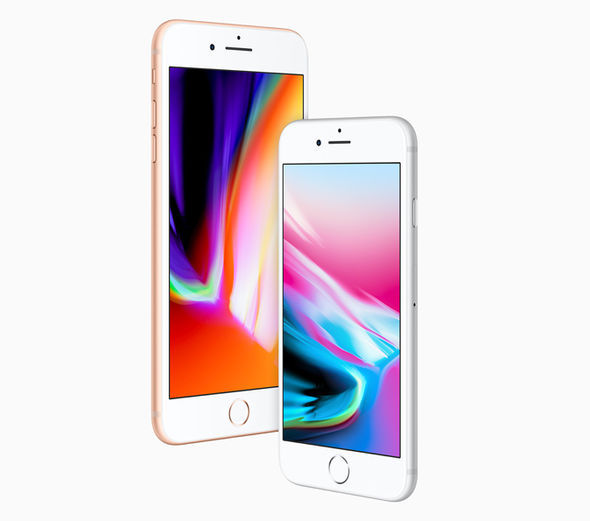 Dubbed iPhone 8 and iPhone 8 Plus, the new handsets are iterative updates to last year’s iPhone 7 and 7 Plus.

The new smartphones sport a similar design to their predecessors, albeit with a glass back.

Apple claims this glass is the “most durable glass ever in a smartphone”, which should allay any fears for buyers with butterfingers.

Apple says it uses a seven-layer colour process for its glass finish, which is colour-matched to the aerospace-grade aluminium bezel.

Both iPhone 8 and iPhone 8 Plus are water and dust resistant, rated IP67.

Apple has improved its stereo speakers, which are now 25 percent louder than iPhone 7 and have a deeper bass.

Unfortunately, there is still no headphone port on the new iPhone models, so you’ll need headphones with a lightning connector or wireless Bluetooth headphones.

But Apple has debuted a new set of AirPods wireless earphones, which now support wireless charging.

Speaking of, the glass back on the iPhone 8 and iPhone 8 Plus enable wireless charging with any stand that supports the Qi standard.

Apple will introduce its own charging pad, dubbed AirPower, which can charge your iPhone X, AirPods and Apple Watch Series 3 on a single stand next year. 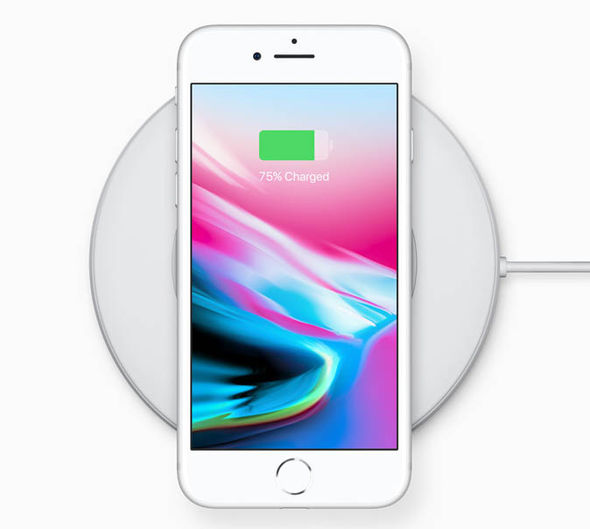 The iPhone 8 range also sees some updates to the Retina HD display.

Both handsets still support 3D Touch, but now include True Tone, which seamlessly adapts the temperature of the display to the ambient light, as well.

The display on the iPhone 8 also supports the cinema grade wide colour, which Apple says offers the best colour accuracy in the industry.

Powering all this new technology is the A11 Bionic.

A11 Bionic also integrates an Apple-designed GPU with a three-core design that delivers up to 30 percent faster graphics performance than the previous generation.

Apple has also improved the cameras on the new iPhone handsets.

Optical Image Stabilisation, OIS, is now included in the iPhone 8 – something that was reserved for the larger 5.5inch model since the iPhone 6 Plus.

Slow motion has been dramatically improved on the iPhone 8 and iPhone 8 Plus – which now clocks in at 1080p 240 fps, almost double the previous quality.

Thanks to iOS 11, both iPhone 8 and iPhone 8 Plus support HEIF and HEVC for up to two times compression and storage for twice the photos and videos.

Users can cycle between the lighting effects after the photo is taken, creating an entirely new feel to the portrait pictures.

And with that – Apple debuted the Apple Watch Series 3.

The next-generation wearable includes a built-in SIM, enabling users to reply to text messages – even when you’re out of Bluetooth and Wi-Fi range from your iPhone. 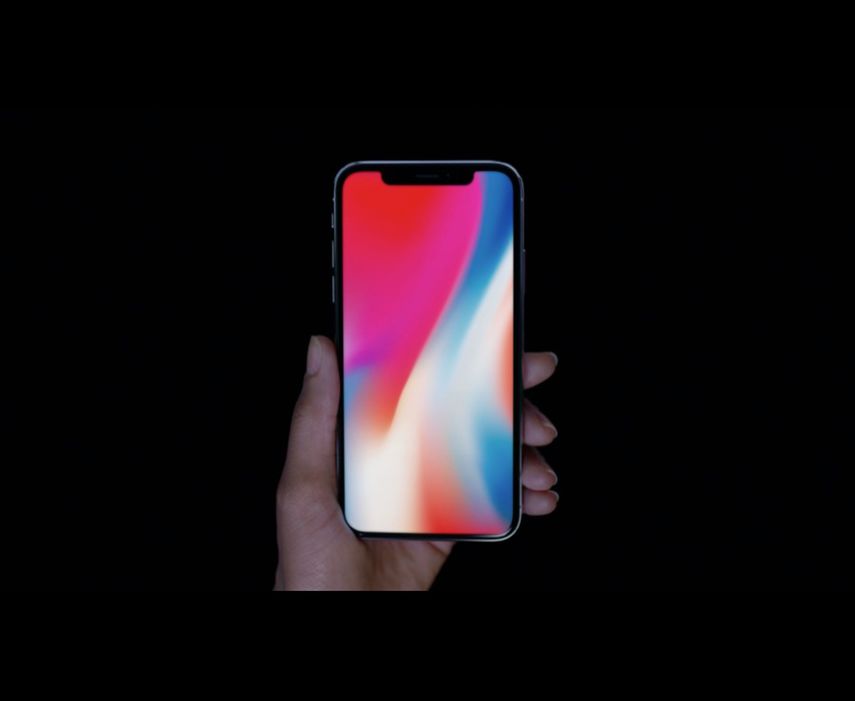 Apple have finally unveiled the iPhone X, dubbed the ‘future of the smartphone’

The faster dual-core processor also allows Siri to answer your questions over the Watch’s speaker, something that wasn’t possible before.

Apple Watch Series 3 has the same phone number as your iPhone.

It intelligently swaps between your iPhone and Watch as you move around. Watch Series 3 will ship with watchOS 4.0.

The new wearable operating system includes a slew of new health and fitness features, including data on your resting heart-rate.

Apple will now notify you whenever it detects an usually high heart-rate and it knows you are not exercising.

With a new vertically scrolling dock and native core Bluetooth support coming to the wearable, Apple Watch owners are set to gain a number of new features.

Most visible amongst these improvements will be the new watch faces. 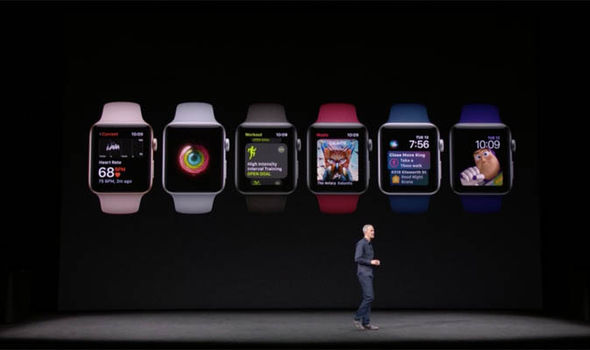 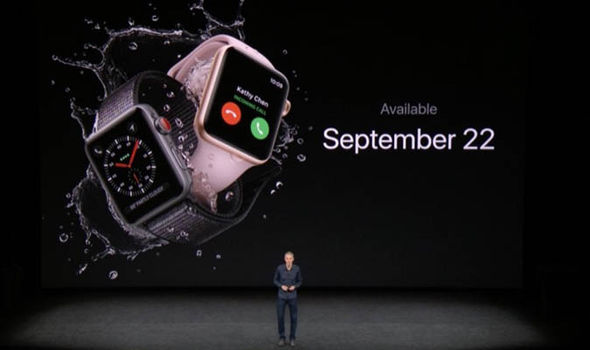 Despite packing an in-built 4G SIM card, Watch Series 3 is no thicker than its predecessor

While a number of new faces are coming, including an eye-grabbing kaleidoscope offering, the first Siri-enhanced watch face is arguably the biggest.

This new Siri face will evolve throughout the day learning how you use your watch to present the most relevant information at all time, all without you having to lift a finger.

While the new, intelligent Siri watch face is a headline grabber, perhaps the most exciting of the new watch faces are those that are sure to appeal to Disney fans.

The new Apple Watch software will be available for all previous generations of the Watch on September 19th. 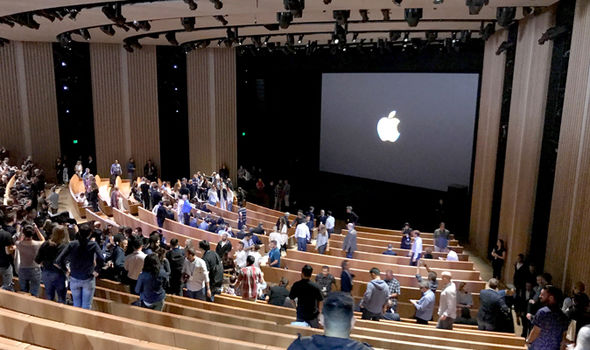 iPhone 8: Express.co.uk has taken our seats inside the newly-opened Steve Jobs Theater

Apple has refreshed its set-top box with 4K Ultra HD and HDR capabilities.

The next-generation Apple TV can stream 4K HDR content from the likes of Netflix and Prime Video.

Apple has refreshed the iTunes library, which now sells a number of titles in 4K HDR.

These will be sold for the same price as High Definition 1080p titles.

Not only that, but those who bought HD titles in the past will see these iTunes purchases automatically upgraded to 4K HDR.

Apple TV will be available to buy in brick-and-mortar Apple Stores on September 22nd. 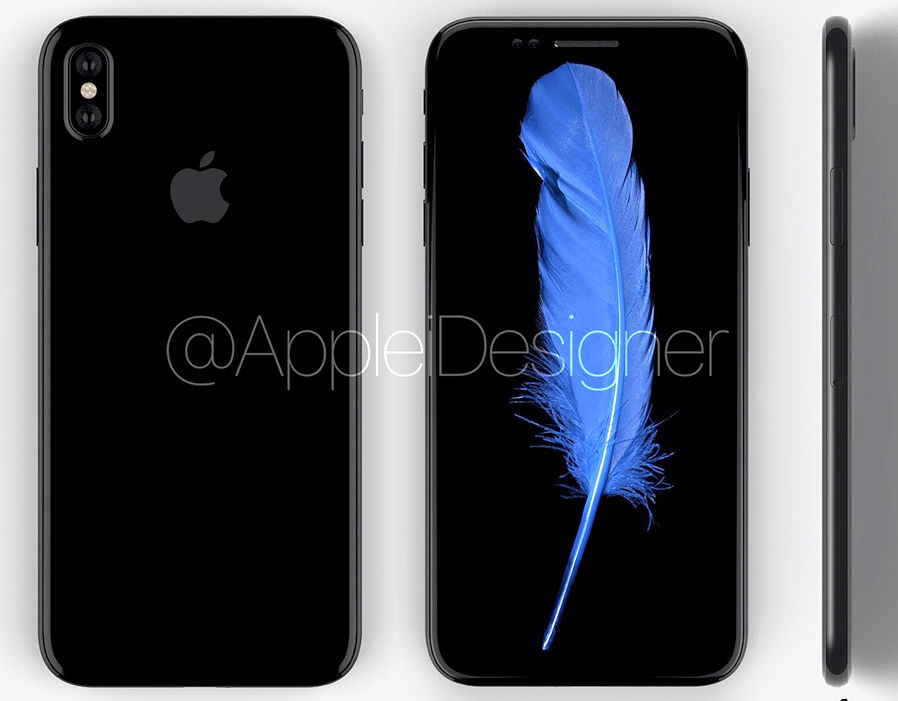 Apple iPhone 8 will debut a brand-new all-glass look, with a curved OLED display

Apple makes a live stream of the event available to watch on your macOS, iOS and tvOS device, as well as Windows machines via Microsoft Edge.

Express.co.uk will be in the crowd in the newly-opened Steve Jobs Theatre and will bring you all the latest news and opinion as the event happens.

Apple has taken down its online Apple Store, while it refreshs the online retail store with the latest hardware.

“We’ll be back. We’re busy updating the Apple Store for you. Please check back soon,” the website now displays. 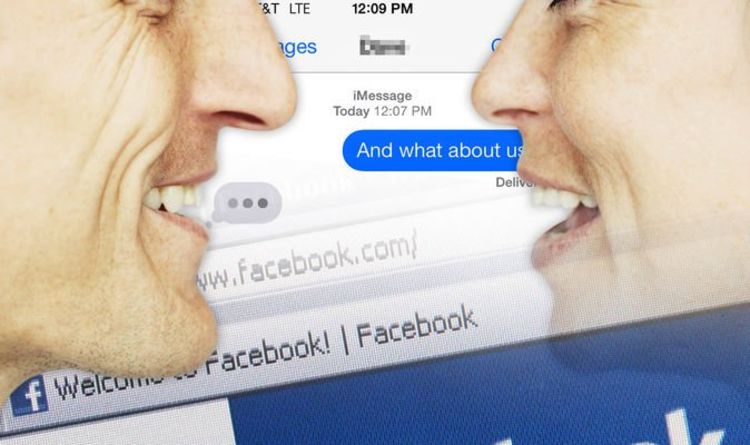 Audi’s R8 has been instrumental in driving the adoption of all-wheel drive traction for both its mainstream and supercar vehicles. Which is […] 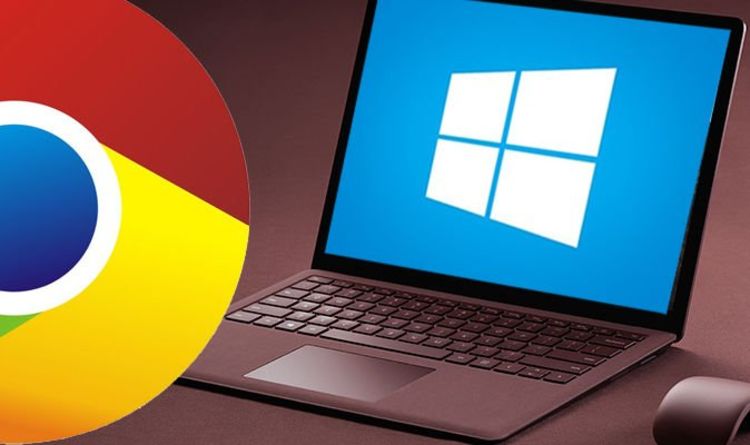 Microsoft looks set to take on Google’s web browsing dominance with a major announcement that could come as soon as this week. […] 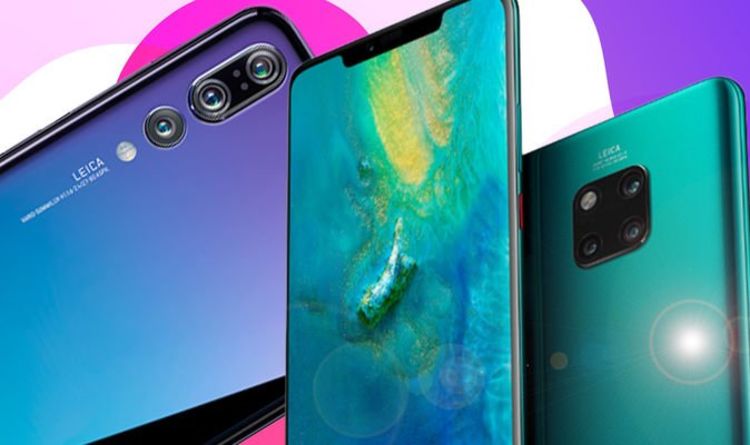