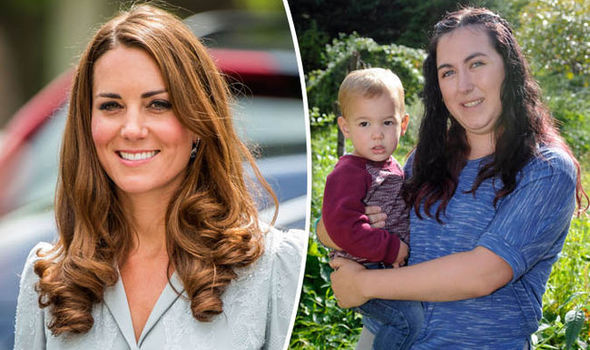 One woman who knows just what Kate is going through is Jessica Atkinson. The 24-year-old mother of two suffered with hyperemesis gravidarum during both her pregnancies.

She spent most of her second pregnancy in hospital because she was showing signs of starvation and severe dehydration. “I couldn’t even keep water down, I was vomiting almost constantly,” she said.

Jessica, a former customer services representative from Exeter, who now cares for her three-year-old daughter and son of 20 months, added: “All I wanted to do was be at home to look after my daughter. But I couldn’t hold down any food or fluid and would even gag when I brushed my teeth. I just didn’t brush my teeth for the whole pregnancy.

“I considered a termination but it was too late to do that by the time it got really bad.”

She added: “Kate has got to be very brave for going through that three times and I would only do it if I knew I could get the right care from the start. All women should be entitled to this.”

Figures to be presented at the International Colloquium on Hyperemesis Gravidarum in Windsor next month will highlight the catastrophic impact the condition can have on those affected. Research shows treatment. Data to be presented by the British Pregnancy Advisory Service shows around 10,000 pregnant women suffer HG each year and at least one in 10 has an abortion because the symptoms become unbearable or too dangerous for their health. 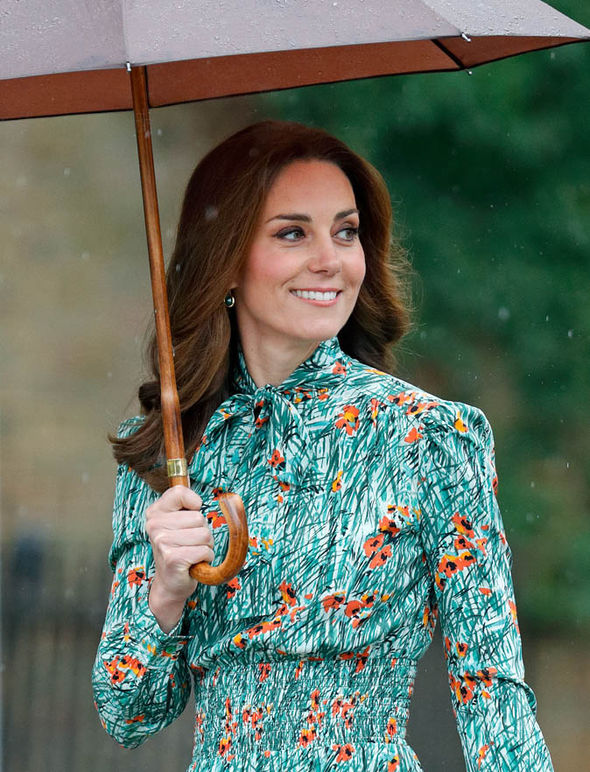 Kate is suffering from hyperemesis gravidarum

Many are not prescribed the right – or any – anti-sickness drugs, which can make the condition tolerable.

I couldn’t even keep water down, I was vomiting almost constantly


And almost half of those not offered or refused anti-sickness drugs by their doctors subsequently have a termination, the conference will be told.

Claire Murphy, of BPAS, who will present the research, drawn from a range of studies, said: “Our aim is for women with wanted pregnancies to continue them if this is possible.

“We hope Kate is being given the right treatment but we know many women are not.

“We welcome the fact that the Duchess has shone a light on this debilitating condition and we are urging doctors not to be in any doubt that this is not just about women feeling queasy. It is serious and the women need proper treatment because their lives and health and that of their unborn babies is at risk.” 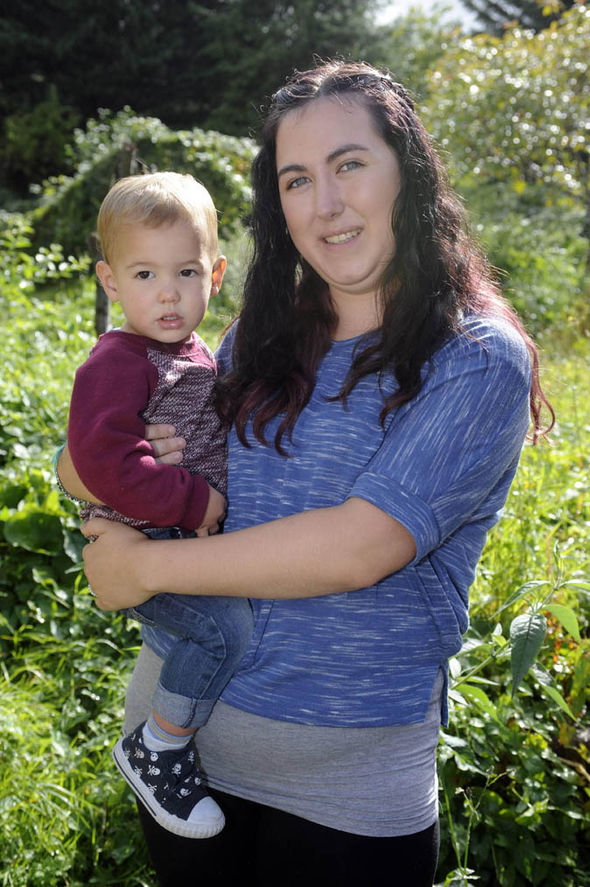 Jessica Atkinson suffered with hyperemesis gravidarum during both her pregnancies

Many women complain their symptoms of severe nausea and vomiting are misdiagnosed or dismissed.

Anti-sickness drugs have improved over recent years and can often, if given early enough, prevent women from becoming seriously unwell, with symptoms of starvation, dehydration or early signs of organ failure. Experts believe some doctors are still influenced by the legacy of thalidomide, a drug used in the late 1950s and early 1960s to combat morning sickness, which led to children being born without limbs.

Ms Murphy added: “The spectre of thalidomide has cast a shadow over doctors’ willingness to provide treatment to pregnant women, but the real risks of doing nothing are severe, including the fact women are terminating wanted pregnancies because they become so unwell.” 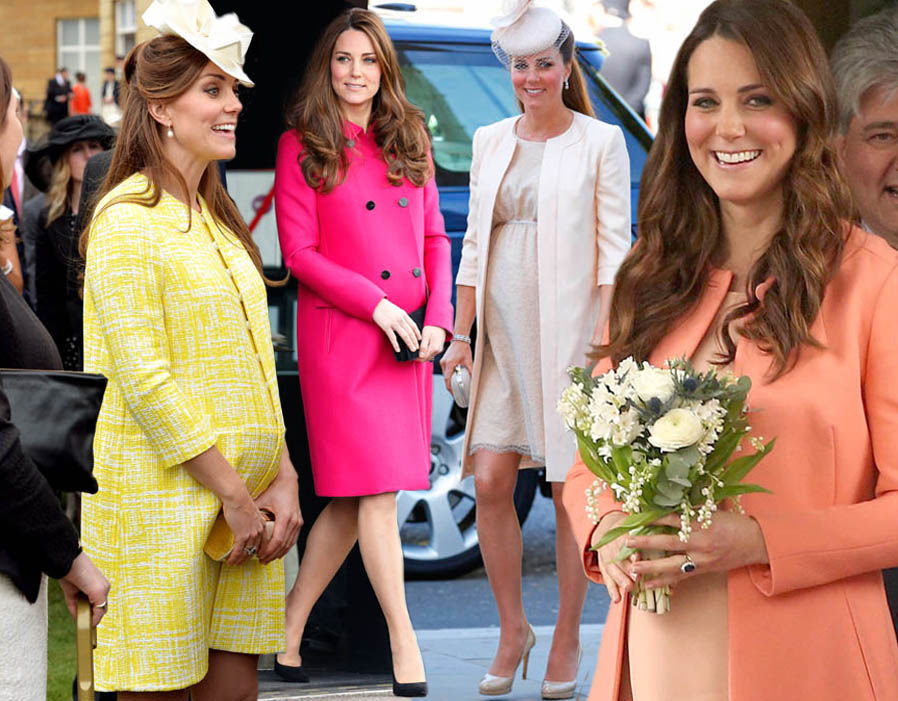 One piece of research to be presented at the conference, carried out jointly by BPAS and the help group Pregnancy Sickness Support, was based on a survey of 71 women who had terminated at least one pregnancy due to HG over the past 10 years.

It shows nine women had more than one abortion due to the condition and almost 50 per cent did not receive any treatment for it. A quarter who were not prescribed anti-sickness drugs said it was because their doctor believed it would harm the unborn foetus or that there were no medications suitable for pregnancy.

In one case, a woman said: “I was vomiting blood. I can remember crying, saying I couldn’t cope much more, to which the nurse replied, ‘Well, you should count yourself lucky, there’s people who can’t have babies at all’ .” 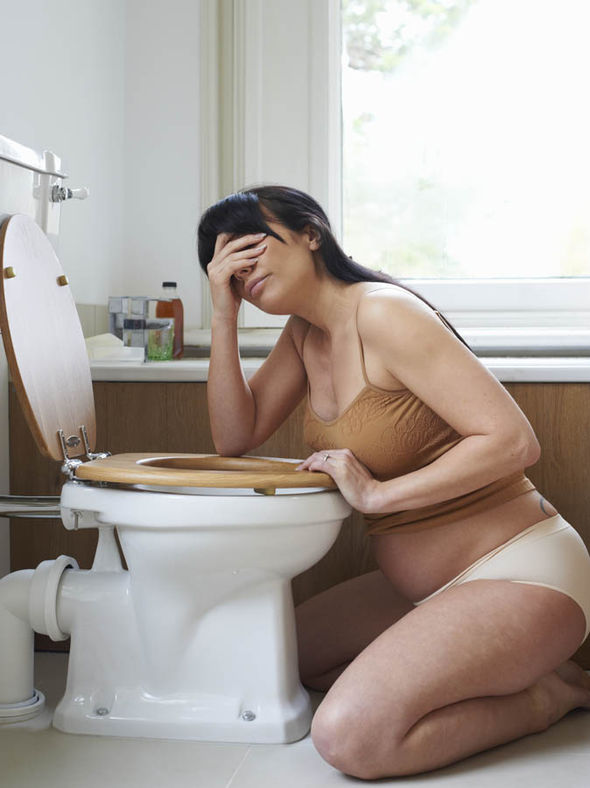 In another case a doctor refused to prescribe a woman drugs because it might harm the baby “and the baby can’t consent”. And in a third a hospital consultant told a woman it was: “All in your mind.” Researchers and experts from around the world will be attending the conference aimed at encouraging clinicians to standardise care across the UK so all women can get the best treatments available.

Caitlin Dean, chairwoman of charity Pregnancy Sickness Support, who suffered HG with three of her own pregnancies, said: “There is no excuse for doctors to give poor care but we get up to 10 calls every working day and most are from women not getting the care they need. Many cannot work or look after children they already have because they are so unwell.

“I very much hope Kate is getting good care but unlike many women she will be getting practical support, help with child care and her home and job are not at risk if she cannot work.”

Kate Middleton's sweet nod to the Queen during night out with William – did you spot it?

Heart attack warning: Just one of this drink a day in middle-age may trigger the condition

Yara virus symptoms: What is Yara virus, is it similar to coronavirus?

Watch out Sky and Virgin Media! There's now a cheaper way to view 4K content on your telly