One of the burly doormen is filming putting one of the tourists in a chokehold after an astonishing exchange of punches and karate kicks before dumping him unconscious on the sand as concerned pals rush over to aid him.

The victim of the martial-arts-style stronghold, wearing just a pair of swimming trunks, comes round in seconds but still looks groggy after getting to his feet.

The catalyst for the confusing incident appeared to be a push by one of the tourists on a bouncer sat astride one of his friends.

Several doormen from the unidentified venue were filmed rushing over to the spot where the male holidaymaker was being restrained as his friends went to intervene.

The two sides could be seen arguing, before all hell broke loose in front of families with young children close to the violence forced to witness a flurry of fists and kicks which ended with at least three people on the sand.

The bouncer filmed performing a chokehold could be seen walking away as if nothing had happened as his victim lay motionless on the sand.

The cause of the original dispute which led to a doorman at the beach club restraining a tourist by sitting on him was not immediately clear today.

The nationalities of the holidaymakers at the centre of the violence, one of whom was carrying an orange beach towel in his hands, is unknown.

The bouncers retreated to the venue they worked at as the group of men they fought with headed along the beach in the opposite direction.

None of the onlookers, who included a sunseeker holding his toddler son in his arms, appeared to make any attempt to call the police. 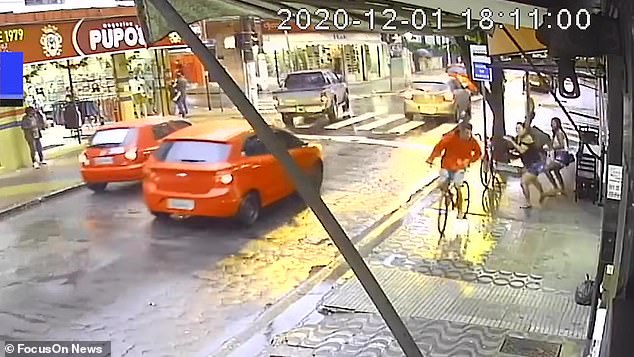 Swinging in the rain: Hero mother stops phone thief by throwing her umbrella at him – then gives him a battering  A […] Actress Lori Loughlin and her fashion designer husband, Mossimo Giannulli, appeared in a Boston court Tuesday for a hearing relating to a […] 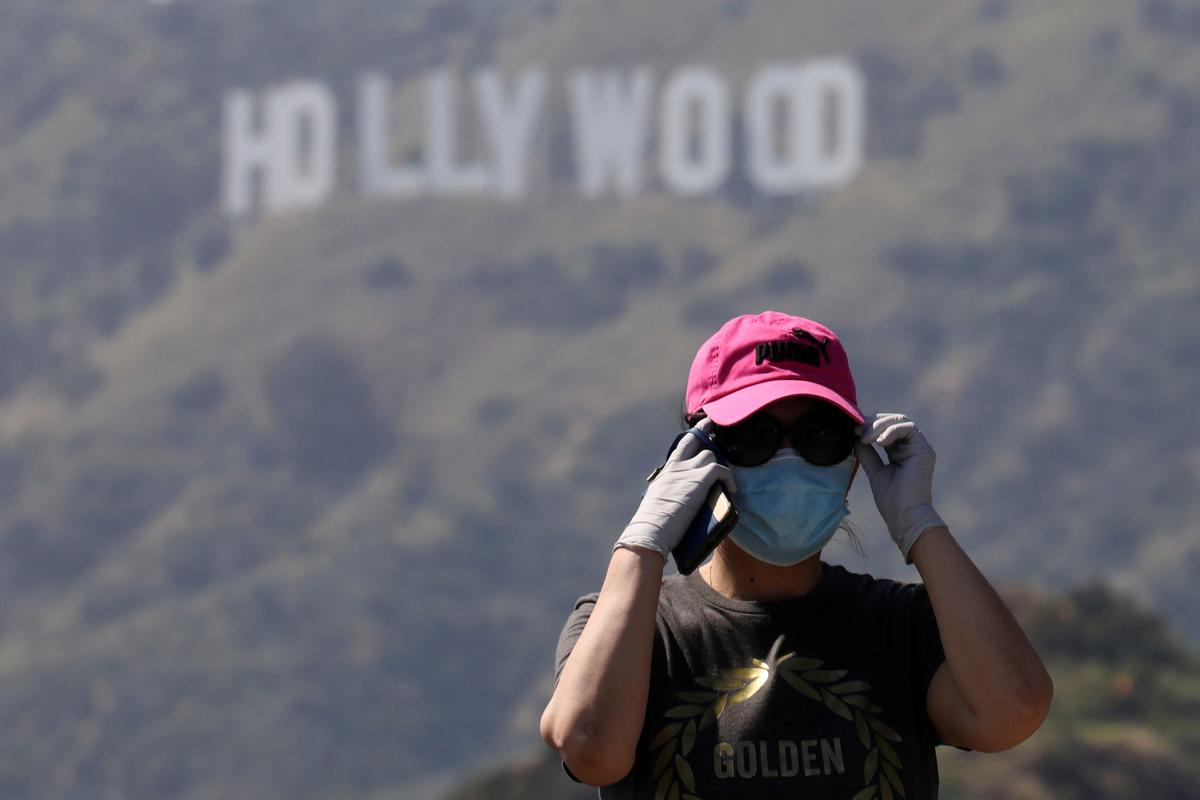 LOS ANGELES (Reuters) – Along with hair stylists, camera operators and the hundreds of others who make magic happen for TV and […]