The sports world is mourning the shocking death of veteran soccer reporter Grant Wahl at the ongoing World Cup in Qatar, where the former Sports Illustrated writer collapsed and later died after covering Friday’s Argentina-Netherlands game.

Los Angeles Lakers superstar LeBron James shared his grief with reporters in Philadelphia on Friday, roughly 20 years after Wahl introduced the world to a 17-year-old high school player from Akron in the pages of Sports Illustrated.

‘I’m very fond of Grant and having that cover shoot – me being a teenager and him covering that, it was a pretty cool thing,’ said James, who was only a high school junior at the time, but would be drafted with the first pick of the NBA Draft 16 months after appearing on the SI cover.

‘And he was always pretty cool to be around,’ James continued, as quoted by ESPN’s Dave McMenamin. ‘He spent a lot of time in my hometown of Akron covering me over the course of time before that cover story came out. And I’ve always kind of watched from a distance. 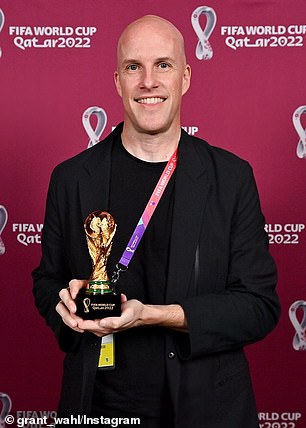 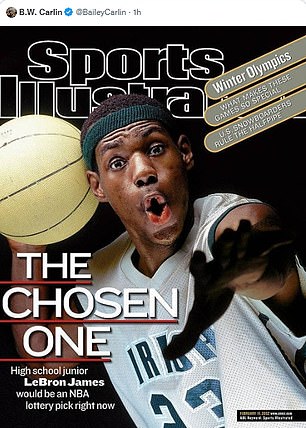 Los Angeles Lakers superstar LeBron James shared his grief with reporters in Philadelphia on Friday, roughly 20 years after Wahl introduced the world to a 17-year-old high school player from Akron in the pages of Sports Illustrated

‘Even when I moved up in the ranks and became a professional and he kind of went to a different sport and things of that nature of the years, anytime his name would come up I would I would always think back to me as a teenager and having Grant in our building down at St. V. So it’s a tragic loss,’ James said, speaking after the Lakers’ 133-122 loss to the 76ers in Philadelphia.

‘It’s unfortunate to lose someone as great as he was and I wish his family, like I said, the best. And may he rest in paradise.’

Wahl, a respected Sports Illustrated alum and the preeminent soccer journalist in the US, had been covering the tournament on Substack and for CBS Sports until Friday, when he reportedly collapsed at Lusail Iconic Stadium. He was given CPR and rushed to a nearby hospital in an Uber but has since been declared dead at 48.

He had previously complained about bronchitis during a recent podcast and was admittedly ill earlier in the tournament, but was ‘healthy’ while reporting on Friday’s Argentina-Netherlands match, according to a social media post by his brother Eric. The White House has been in contact with Wahl’s widow, Dr. Celine Gounder, a former Biden administration official with the COVID-19 response team. 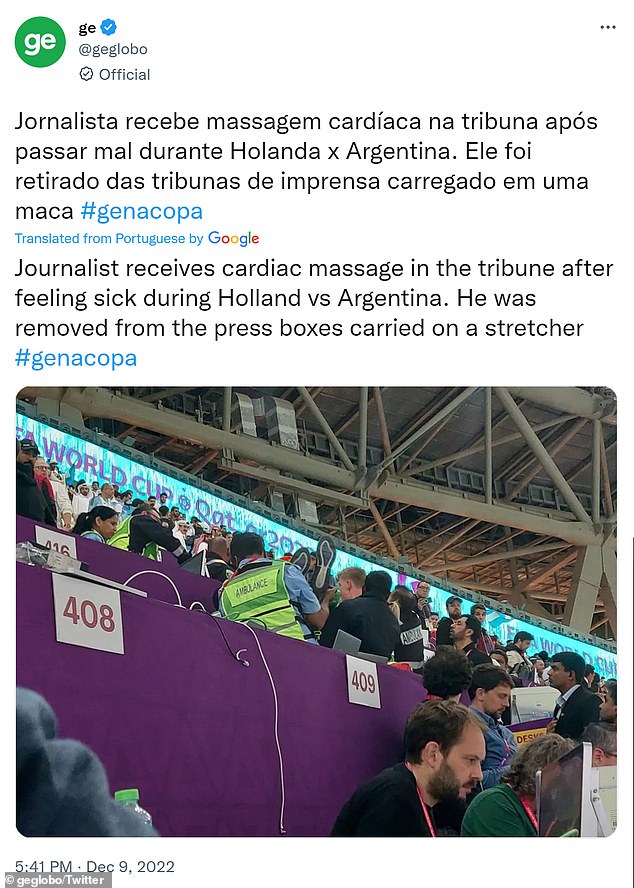 One photo surfaced on Twitter, showing Wahl receiving medical attention at the game 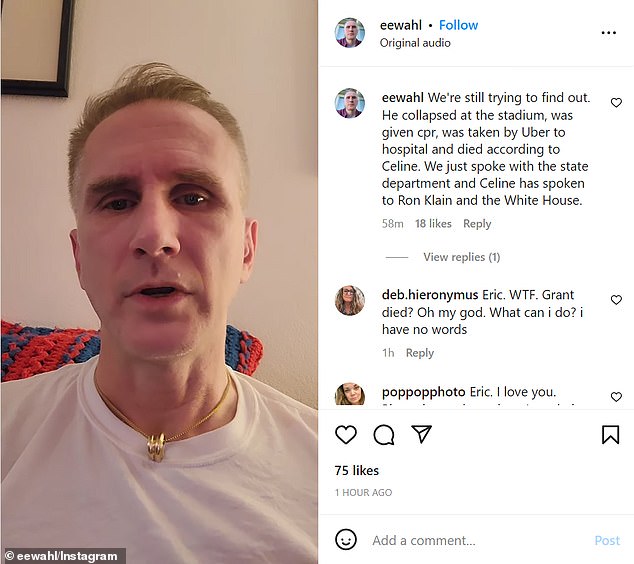 The circumstances surrounding his death remain unclear, although Eric suggested that his brother may have been murdered after getting detained earlier in the tournament for wearing a rainbow flag t-shirt, in violation of local anti-gay laws. ‘My name is Eric Wahl,’ his brother’s Instagram video began. ‘I live in Seattle, Washington. I am Grant Wahl’s brother. I’m gay. I’m the reason he wore the rainbow shirt to the World Cup. My brother was healthy. He told me he received death threats. I do not believe my brother just died. I believe he was killed. And I just beg for any help’

The circumstances surrounding his death remain unclear, although Eric suggested that his brother may have been murdered after getting detained earlier in the tournament for wearing a rainbow flag t-shirt, in violation of local anti-gay laws.

‘My name is Eric Wahl,’ his brother’s Instagram video began. ‘I live in Seattle, Washington. I am Grant Wahl’s brother. I’m gay. I’m the reason he wore the rainbow shirt to the World Cup. My brother was healthy. He told me he received death threats. I do not believe my brother just died. I believe he was killed. And I just beg for any help.’

In addition to homophobia in Qatar, Wahl also reported heavily on the migrant worker deaths leading up to the tournament – as many as 6,500 by some estimates.

‘There will be a mountain of attention on this — far too early to know how he died, but Grant Wahl (a wonderful soccer writer) had just published a piece about migrant deaths in Qatar and drew attention for the reaction by security guards when he tried to wear a pride shirt,’ tweeted Fox Seattle’s Matthew Smith.

Many have raised suspicions about Wahl’s death, but hard facts remain scarce as authorities in Qatar and the US try to determine the cause.

A US State Department spokesperson released a statement late Friday, saying the department was working with ‘Qatari officials to see to it that his family’s wishes are fulfilled as expeditiously as possible.’ 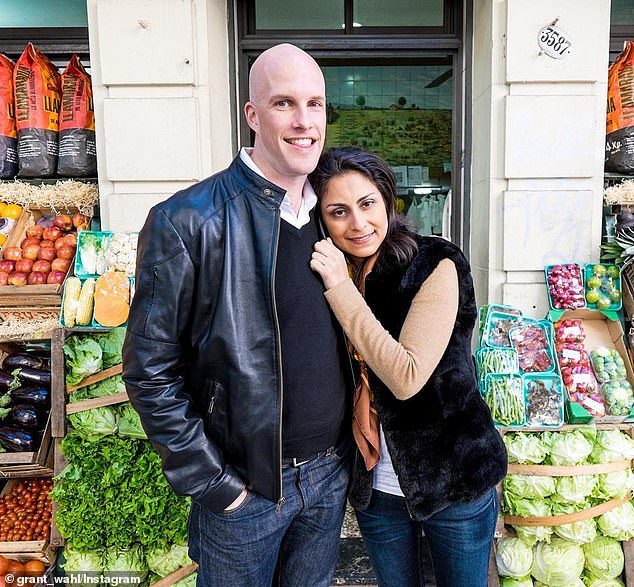 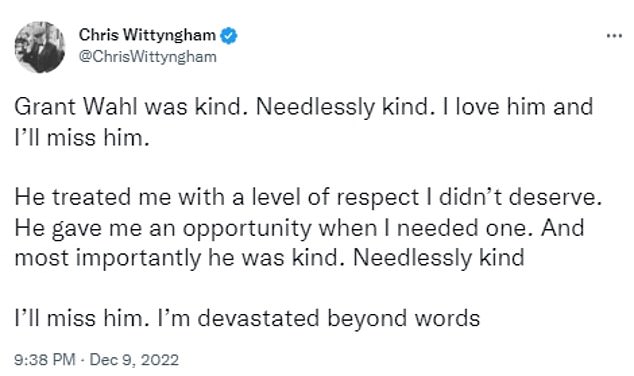 Radio producer Chris Wittyngham, a former colleague, remembered him for his kindness

Described as ‘honest, principled,’ and ‘tireless,’ Wahl was remembered by most for his kindness.

Wahl, a Kansas native and graduate of Princeton University, covered the rise of soccer in the US since the mid-1990s, while helping to popularize the sport with his own brand of storytelling. As a senior writer for SI, Wahl reported on Olympics, World Cups, and a variety of other sports, such as his memorable 2002 profile of James.

‘When I had a cup of coffee at SI, Grant told me about going to Ohio to report the CHOSEN ONE cover story on LeBron,’ tweeted ESPN director Matt Ufford. ‘Couldn’t have been more humble about how he ‘got lucky’ with the assignment. Bulls***. He deserved it — and delivered.’

But it was the soccer world – fans, reporters, and players – who knew Wahl’s work best.

‘No writer has done more for American soccer than @GrantWahl,’ Uffort added.

‘Grant Wahl was my friend and was one of the most generous, kind, and encouraging people I knew in or out of sports media,’ tweeted soccer podcaster Brian Phillips. ‘He was such a bright presence; I never talked to him without feeling a little better about the world afterward. This is crushing.’ 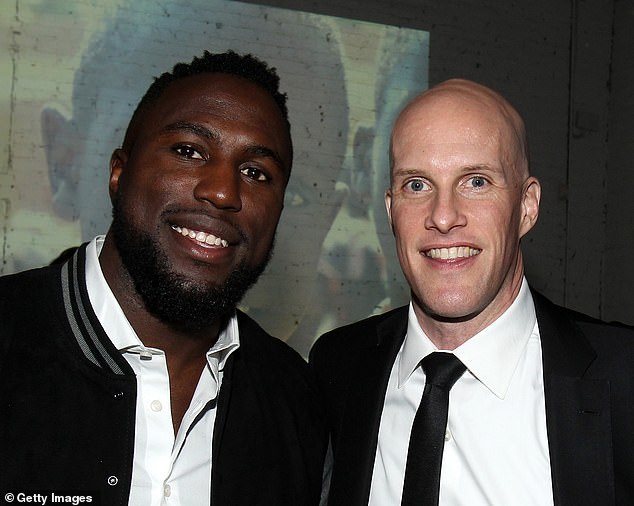 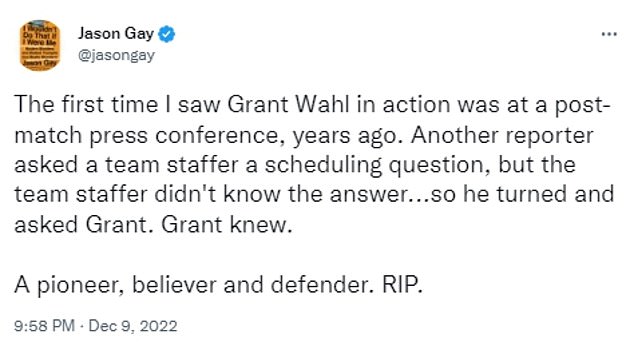 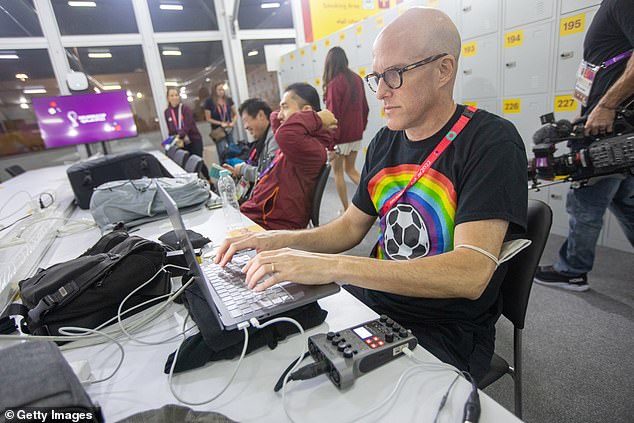 Journalist Grant Wahl (right) works in the FIFA Media Center before a FIFA World Cup Qatar 2022 Group B match between Wales and USMNT at Ahmad Bin Ali Stadium on November 21, 2022 in Al Rayyan, Qatar. He had been detained earlier by stadium security for wearing a rainbow-colored t-shirt before later being allowed to enter the stadium

Lang Whitaker, a longtime NBA reporter who dabbled in soccer, remembered Wahl as a helpful resource for a fledgling journalist, and someone who deeply loved the sport.

‘Over a decade ago, when [Ben Osborn] and I were launching the soccer mag Striker, Grant Wahl reached out, out of the blue, to ask how he could help,’ Whitaker tweeted. ‘He ended up writing in every issue, for basically nothing, to help us, and to help soccer. So sad to hear of his passing.’

‘A kinder soul you’ll never meet,’ Helwani tweeted. ‘This is shocking. Sincerely hope foul play is not involved stemming from his incredible reporting on Qatar. This is a nightmare.’

‘There are too many examples of Grant Wahl’s kindness as an SI colleague to recount here,’ Mannix tweeted. ‘As great a writer as he was, Grant was an even better person. Prayers with his wife and family, who he loved and was so proud of.’

ESPN’s Bob Ley – a vocal proponent of soccer in the US – expressed his dismay on Twitter as well: ‘Generous of spirit, a peerless journalist, #grantwahl did more to inform and explain and celebrate the beautiful game than any other American. Ever. Full stop. His loss is incalculable to our profession. Prayers for his family.’

Several US soccer players also reacted to the news on Friday.

‘Numb. Shocked. Devastated to hear the news about Grant Wahl,’ tweeted former US goalkeeper Tony Meola. ‘The world lost a kind human being. Met Grant as a young reporter and later had the pleasure of working with him last WC. He loved people, life and our sport. May your soul rest in peace Grant.’ 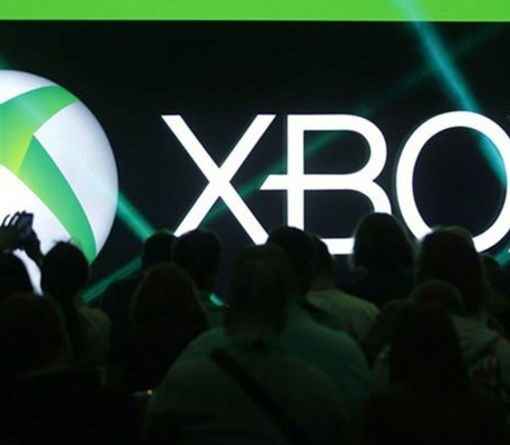 Is there a big Xbox Series X stock event set to be announced in the next 24-hours? That’s the question many gamers […] 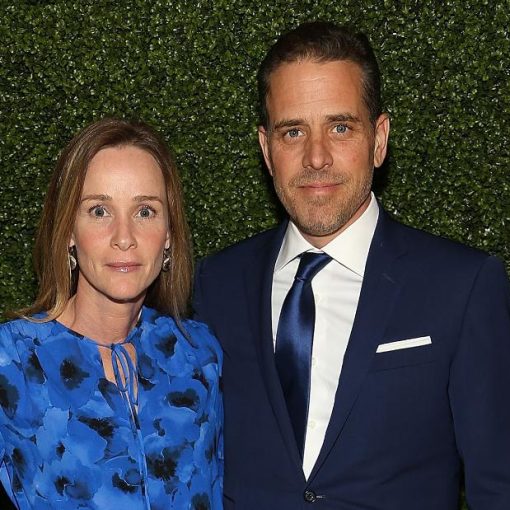 The book, “If We Break” publishes on June 14. Buhle, who was married to Hunter Biden for 24 years, told People in […] 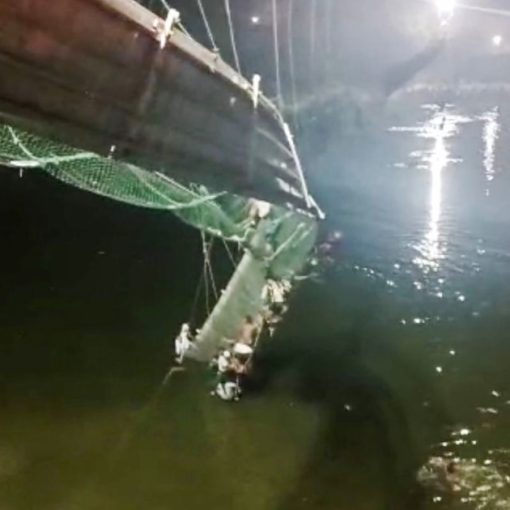 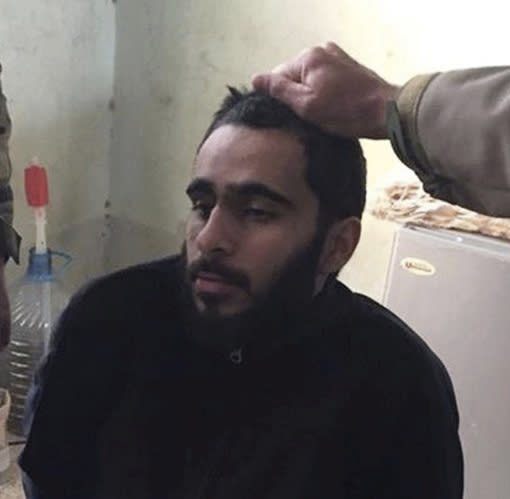 ALEXANDRIA, Va. (AP) — The first American to be convicted in a U.S. jury trial of joining the Islamic State had his […]