LONDON, Dec 7 (Reuters) – Russian President Vladimir Putin said on Wednesday that his army could be fighting in Ukraine for a long time, but he saw “no sense” in mobilising additional soldiers at this point.

“As for the duration of the special military operation, well, of course, this can be a long process,” Putin said, using his preferred term for Russia’s invasion, begun in February.

In a televised meeting of his Human Rights Council that was dominated by the war, Putin said Russians would “defend ourselves with all the means at our disposal”, asserting that Russia was seen in the West as “a second-class country that has no right to exist at all”.

He said the risk of nuclear war was growing – the latest in a series of such warnings – but that Russia saw its arsenal as a means to retaliate, not to strike first.

“We haven’t gone mad, we realise what nuclear weapons are,” Putin said. “We have these means in more advanced and modern form than any other nuclear country … But we aren’t about to run around the world brandishing this weapon like a razor.”

He said there was no reason for a second mobilisation at this point, after a call-up of at least 300,000 reservists in September and October.

Putin said 150,000 of these were deployed in Ukraine: 77,000 in combat units and the others in defensive functions. The remaining 150,000 were still at training centres.

“Under these conditions, talk about any additional mobilisation measures simply makes no sense,” he said.

Putin has rarely discussed the likely duration of the war, although he boasted in July that Russia was just getting started.

Since then, Russia has been forced into significant retreats, but Putin has said he has no regrets about launching a war that is Europe’s most devastating since World War Two.

Putin said Russia had already achieved a “significant result” with the acquisition of “new territories” in Ukraine – a reference to the annexation of four partly occupied regions in September that Kyiv and most members of the United Nations condemned as illegal.

He said Russia had made the Sea of Azov – bounded by Russia and Russian-occupied territory – its “internal sea”. He said that had been an aspiration of Peter the Great – the 17th- and 18th-century warrior tsar to whom Putin has compared himself in the past.

Putin meets annually with his Human Rights Council, a body that critics say has enabled him to pay lip service to civic freedoms while increasing repression and stamping out dissent.

He expressed outrage that the West was turning a blind eye to what he said was direct Ukrainian shelling of residential areas in the Russian-occupied Donbas region of eastern Ukraine.

Ukraine has suffered heavy civilian casualties throughout the war, although Russia denies targeting civilians. The United Nations human rights office said on Wednesday that Russian forces had killed at least 441 civilians in the early days of their invasion, documenting attacks in dozens of towns and summary executions that it said might be war crimes. Moscow did not immediately respond.

While the meeting was in progress, news emerged that former defence reporter Ivan Safronov had failed in an appeal against a 22-year jail sentence for treason. He was accused of betraying state secrets about defence contracts, though he argued that all the material was available from open sources.

Ilya Yashin, an opposition councillor in Moscow who spoke out against the war, awaits sentencing this week under a law passed after the invasion that criminalises the spread of “false information” about the armed forces. The prosecution is seeking a nine-year term.

Putin last month removed 10 members of the council and brought in four new ones including Alexander Kots, a pro-war blogger and correspondent for the mass-circulation newspaper Komsomolskaya Pravda.

Several of the ousted members had said they planned to use the meeting with Putin to raise topics including the laws against dissent and the listing of Kremlin critics as “foreign agents”.

Chief writer on Russia and CIS. Worked as a journalist on 7 continents and reported from 40+ countries, with postings in London, Wellington, Brussels, Warsaw, Moscow and Berlin. Covered the break-up of the Soviet Union in the 1990s. Security correspondent from 2003 to 2008. Speaks French, Russian and (rusty) German and Polish. 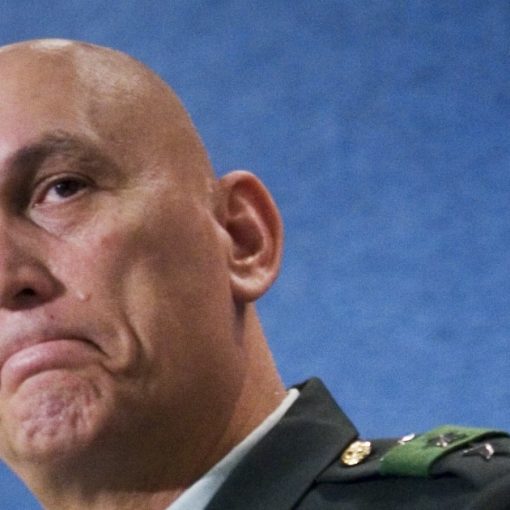 Raymond T. Odierno, a retired Army general who commanded American and coalition forces in Iraq at the height of the war and […] 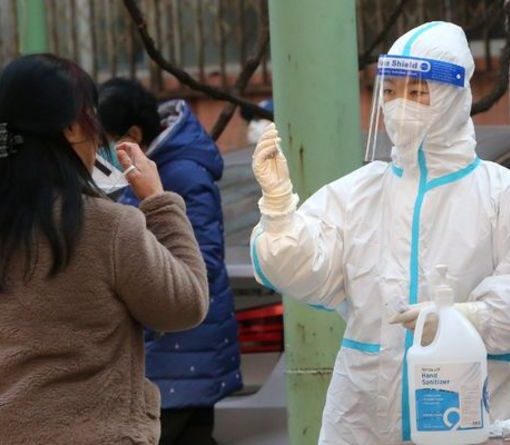 The city, which is home to the famous Terracotta Warriors, is the centre of the largest coronavirus outbreak in China since the […]