Police were seen outside of Cruz’s Houston, Texas, home on Tuesday evening after a 14-year-old was found with self-inflicted wounds on her arms shortly before 8pm.

A representative for the Senator said the incident was a ‘family matter’ and that Cruz’s daughters were ‘okay,’ according to ABC 13.

Houston Police Department also said there was ‘no criminal activity’ and it was ‘not a family violence issue.’

Cruz does have two daughters Catherine, 11, and Caroline, 14.

‘The family requests that the media respect their daughter’s privacy at this time,’ a spokesperson told Fox 26 Houston’s Matthew Seedorff. 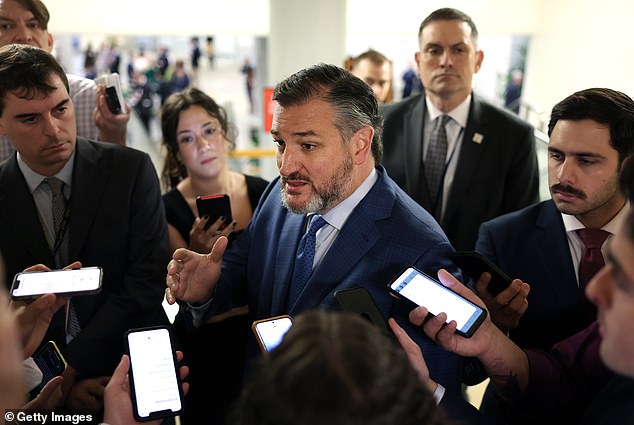 A 14-year-old girl, who was not identified, was found with self-inflicted knife wounds inside Senator Ted Cruz’s Houston home around 8pm on Tuesday 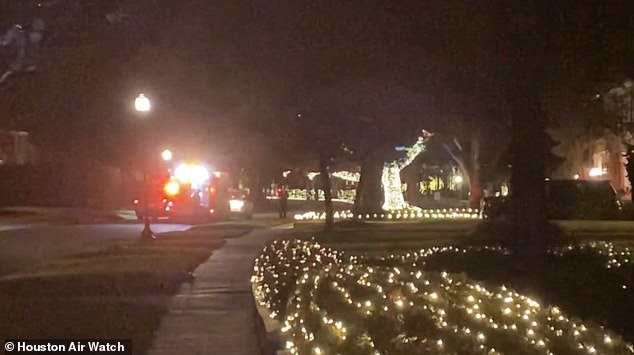 Police were seen outside of Cruz’s decorated lawn in Houston, Texas

Emergency services are seen outside the home of U.S. Senator Ted Cruz amid reports that a 14-year-old girl was taken to hospital. It’s unclear if someone from his family is involved pic.twitter.com/RFlQhNWt5C

The girl was taken to the hospital for treatment and there was no serious injuries.

In January, Caroline, then 13, came out as bisexual and said she disagreed with much of her father’s politics.

The teen said people are quick to judge her over her Republican dad’s politics, despite the fact that she often opposes his conservative views.

‘A lot of people judge me based upon him at first glance,’ she said in a TikTok. ‘But I really disagree with most of his views.’

She also revealed the perks and downsides of having a parent in the public eye, calling out their media team for editing the length of her shirt on the family Christmas card.

Caroline, whose TikTok account @_caro_iguess_ has since been made private, started gaining new followers after people identified her as the Texas senator’s oldest daughter.

The teenager made the video – which was re-shared on Twitter – after several TikTokers questioned what it was like to be Cruz’s daughter.

Offering insight into her family life, Caroline made a pros and cons list.

Highlighting the positives, she said: ‘Some of the good things are we get candy and gifts in the mail. We also get to travel sometimes.’

However, Caroline’s list of ‘bad things’ was more detailed and highlighted her high-security life, expectations of appearance, and the public perception of her beliefs.’

‘I literally have to have security following me everywhere,’ she said. 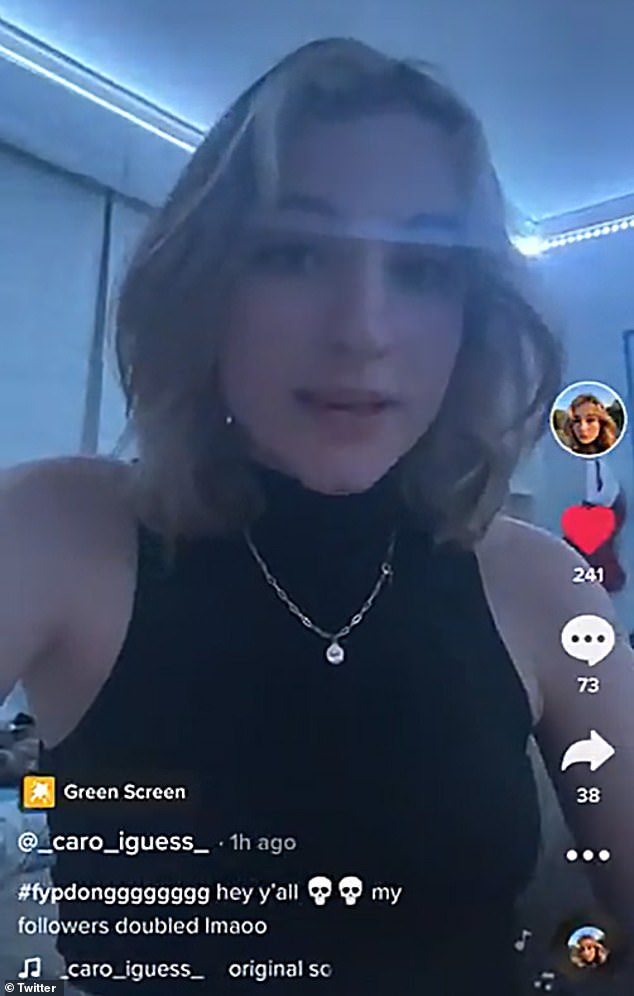 ‘Like if I want to go on a walk through the neighborhood or to my friend’s house or something, I have to have like two security guards behind me the entire time.’

Caroline’s TikTok account went private after her video blew up, but not before social media users took screengrabs of her bio, in which she listed her pronouns as she/her and indicated that she identified as bisexual.

When another user questioned about her sexuality and whether Cruz was aware of it, Caroline replied: ‘I haven’t told him yet, I’m kinda nervous to tbh but I don’t think he would be mad about it.’

If you or someone you know is in emotional distress or considering suicide, call the National Suicide Prevention Lifeline at 1-800-273-TALK (8255) or dial 988. 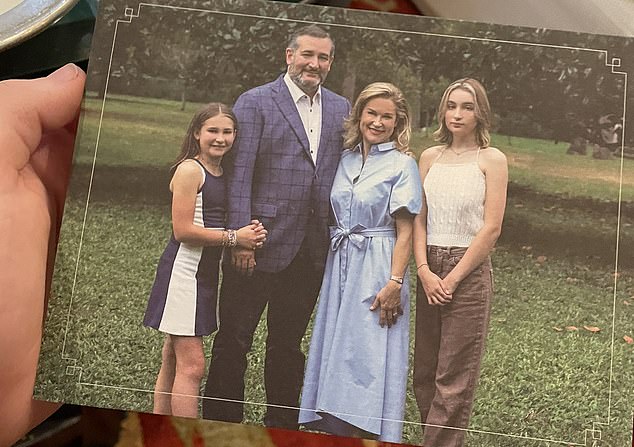 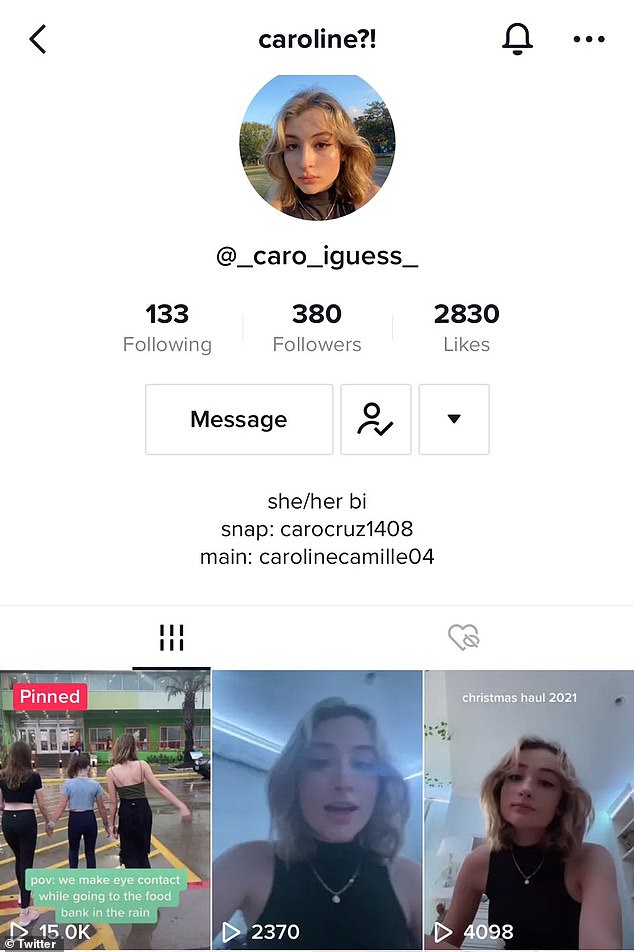 Social media users took screengrabs of her bio, in which she listed her pronouns as she/her and indicated that she identified as bisexual 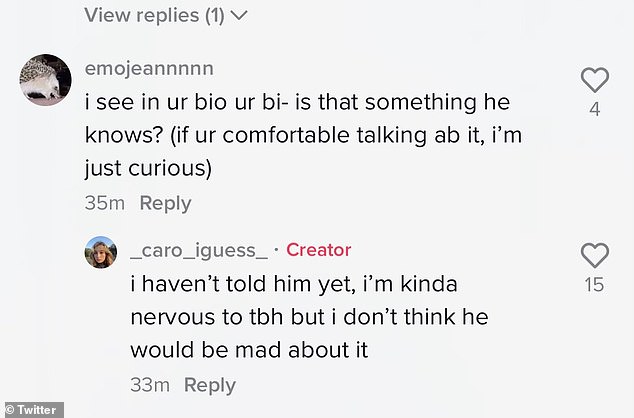 One questioned about whether or not her father knew she was bisexual on the January TikTok. Caroline said she hadn’t old him yet, adding: ‘I don’t think he would be mad about it’ 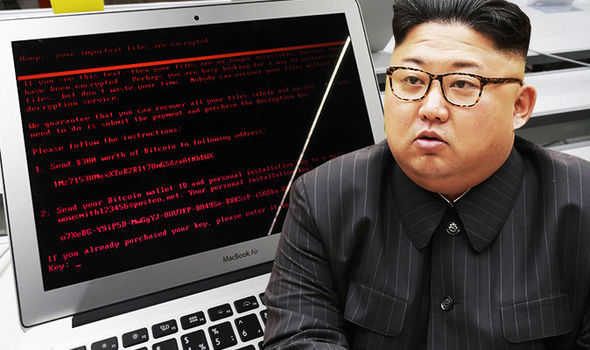 The claims comes after the FBI and Homeland Security announced Pyongyang hackers are behind a malware attack known as FALLCHILl, which targeted […] The wind-whipped wildfire that barreled through suburban parts of Boulder County, Colorado, still posed a threat Friday morning, but snow was assisting […] 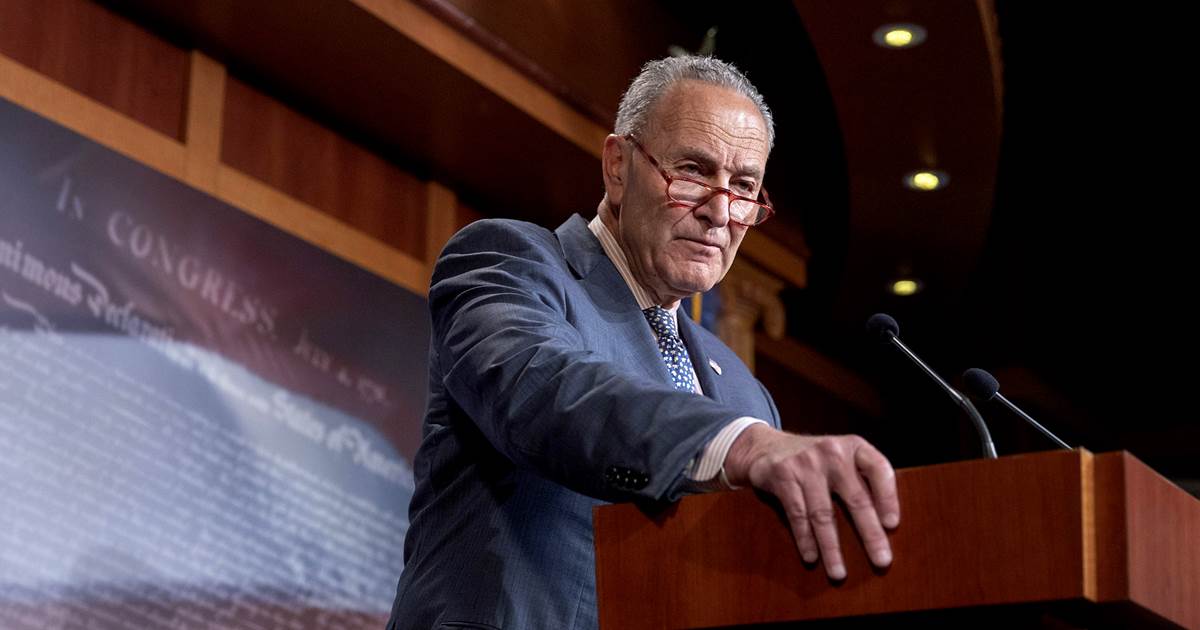 NEW YORK — The Senate’s top Democrat said Sunday that the U.S. government should step up efforts to investigate the deaths of […] 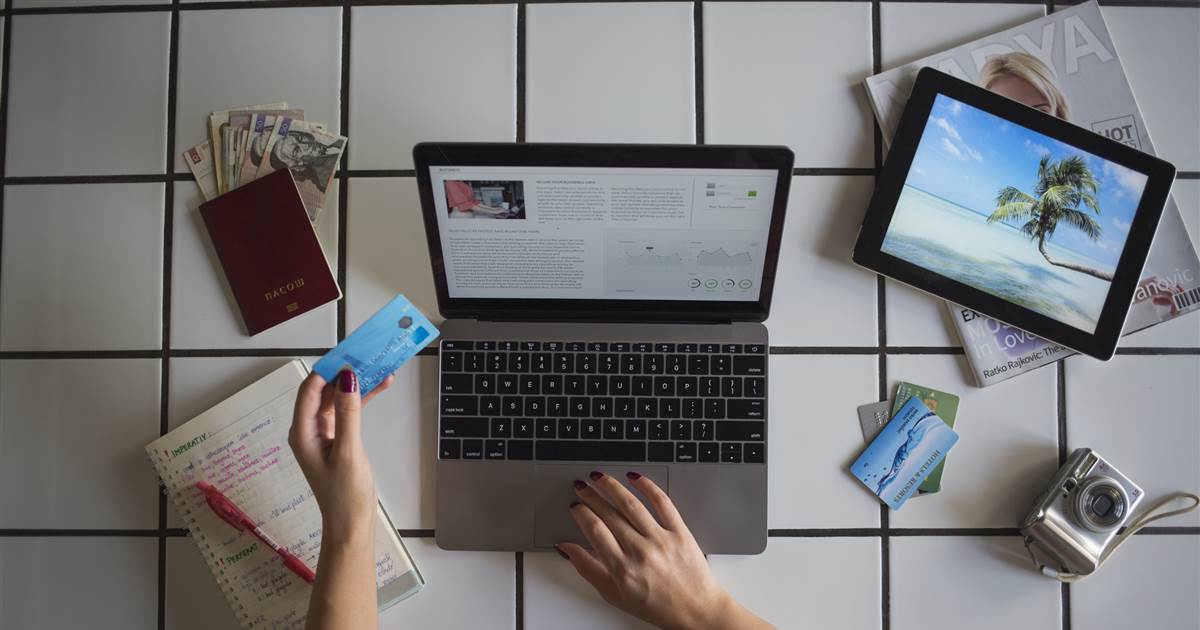