The grieving mother of Athena Strand has paid a heartbreaking tribute to her ‘beautiful princess’ after she was snatched and killed by a FedEx driver in Texas.

Mourning mom Maitlyn Gandy said little Athena, seven, was kidnapped and murdered by a ‘a sick, cruel monster’ for absolutely no reason just hours after Tanner Horner, 31, admitted to the twisted crime.

Strand was found dead on Friday night – and investigators revealed she likely died ‘within an hour’ of being kidnapped from the driveway of her family home in Paradise, Texas.

The suspect, 31-year-old aspiring musician Horner, of Lake Worth, confessed to Athena’s kidnap and killing. According to jail records, Horner stands at 6-foot-3 and weighs 220 pounds.

Heartbroken Gandy wrote: ‘Athena is innocent, beautiful, kind, intelligent, and just the brightest, happiest soul you could ever meet.

‘I don’t want her to be the girl known as the one murdered and discarded by a monster. I want everyone to know, every single person in this world, that this is my baby and my baby was taken from me.’ 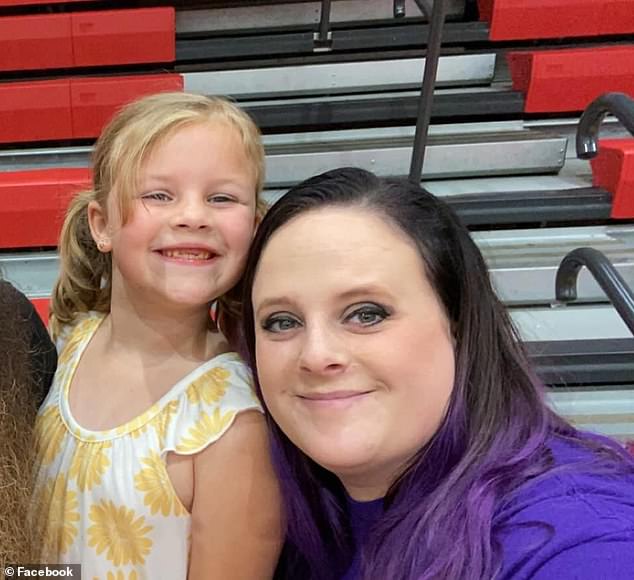 Athena Strand pictured with her mother Maitlyn Gandy. Gandy wrote on Facebook: ‘Athena is innocent, beautiful, kind, intelligent, and just the brightest happiest soul you could ever meet 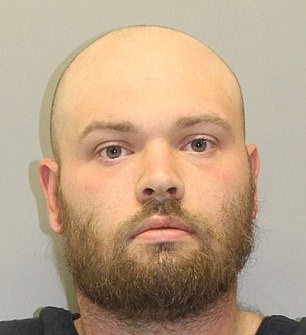 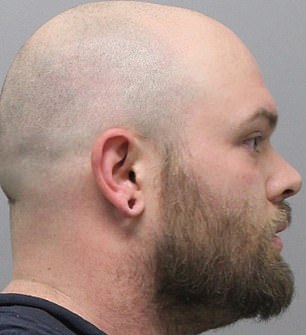 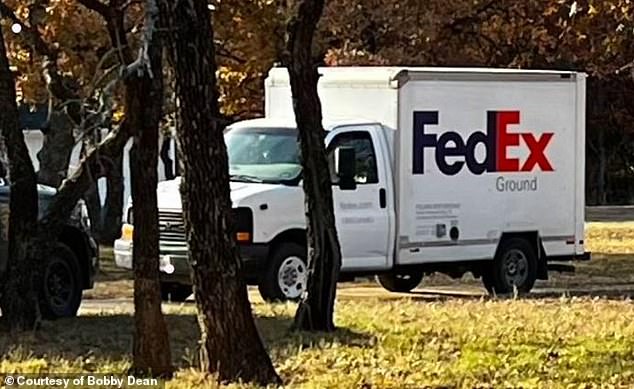 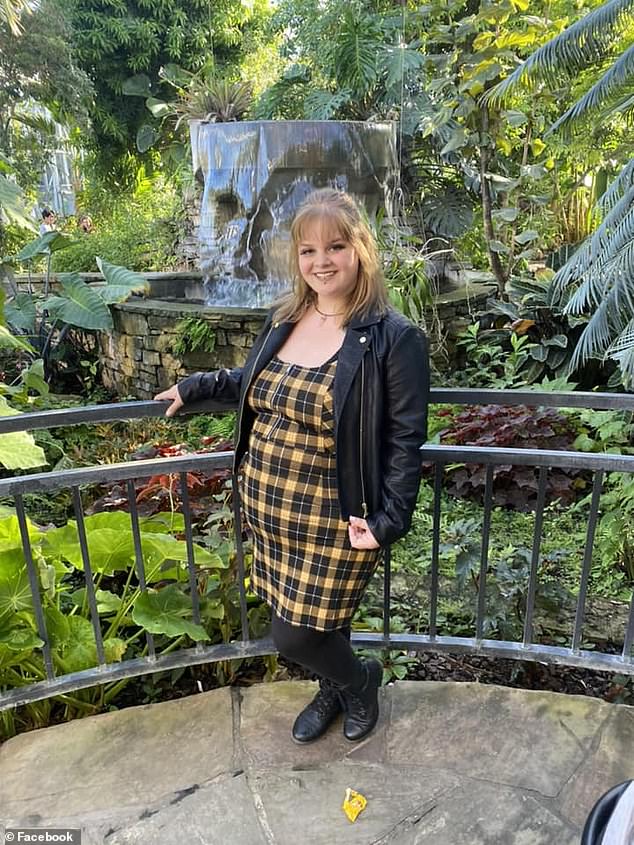 23-year-old Shay Marie, shown here, says that when she was 16 years old, Tanner Horner got her drunk and took advantage of her 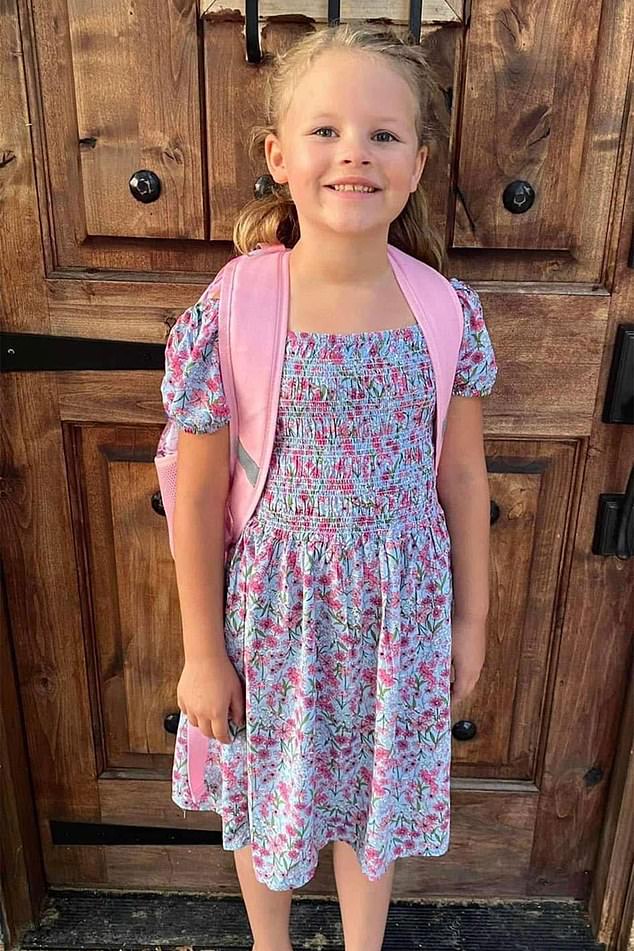 Athena Strand was said to have been outside of her home following an argument with her step-mom. When she could not be found shortly afterwards, the alarm was raised

Gandy’s heartbreaking remarks come as a Texas woman says that she was raped in 2014 by Tanner Horner when she was 16 years old. Now, Horner has confessed to abducting and murdering seven-year-old Athena.

DailyMail.com has found that Shay Marie, a 23-year-old Texas woman, has said publicly and repeatedly on social media that Horner raped her in 2014. It is not clear if the woman ever went to the authorities with her allegations.

Following the tragic discovery of her daughter’s body, Gandy has posted hundreds of pictures of the 7-year-old on Facebook. In one post, Gandy wrote: ‘I cannot describe the pain and absolute anger I feel. Missing her doesn’t cover how I feel.’

Gandy wrote in another tribute: ‘Athena loves school, drawing, and laughing. Athena has the best laugh. She thinks farts are hilarious. Athena is loved by mommy and daddy, and all of her sisters, many many aunts, uncles, cousins, and grandparents.’

On her Facebook page, Gandy makes reference to being a mother of two children. Her other child has a different father. The family lives in Comanche, Oklahoma, 100 miles north of where Strand was murdered. 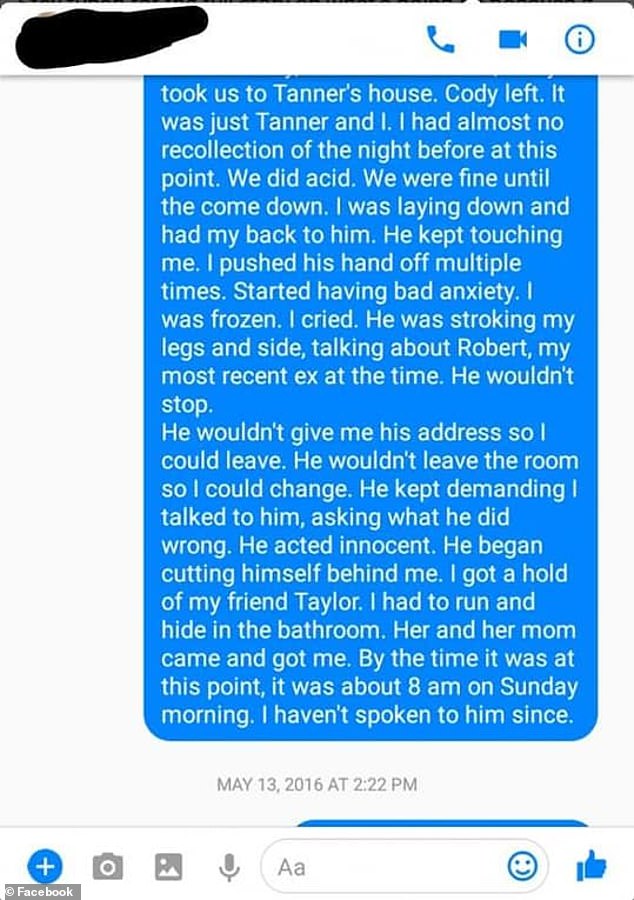 In 2018, Shay Marie posted a series of screenshots showing text conversations that she had a with friends and with Horner’s then-girlfriend.

Marie writes: ‘On a Friday night, [Horner] got me drunk with the intention of having sex with me. I was nearly blackout drunk when he decided to rape me. I couldn’t physically fight him. My body wouldn’t move.’

‘The next day, I was still out of it… It was just Tanner and I. I had almost no recollection of the night before at this point. We did acid. We were fine until the come down. I was laying down and had my back to him,’ she wrote.

The victim continued: ‘He kept touching me. I pushed his hand off multiple times. Started having bad anxiety. I was frozen. I cried. He was stroking my legs and side, talking about my most recent ex at the time. He wouldn’t stop.’

Marie went on: ‘He wouldn’t give me his address so I could leave. He wouldn’t leave the room so I could change. He kept demanding I talked to him, asking what he did wrong. He acted innocent. He began cutting himself behind me. I got a hold of my friend. I had to run and hide in the bathroom. Her and and her mom came and got me. By the time it was at this point, it was about 8 am on Sunday morning. I haven’t spoken to him since.’ 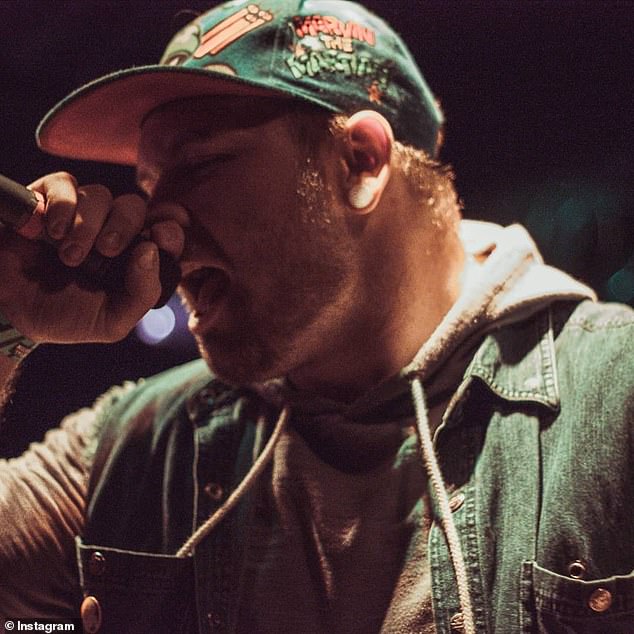 In a subsequent post, the woman wrote about the circumstances of the attack saying that at the time she ‘had just gotten my heart broken by my first love. I was reckless and would hang out with anyone and everyone, and being the girl that hung out at band practice was legit so cool to 16-year-old me.’

In another post from just last September, the woman said: ‘I am 23. The man who assaulted when I was 16 was 23. We were “friends,” he tried convincing me to date him and I declined. We stayed “friends” until he could get me inebriated enough to take advantage of me – a 16-year-old child.’

Posts on the suspect’s Instagram page show that he was an aspiring musician and was in a band named Commit and Conquer. 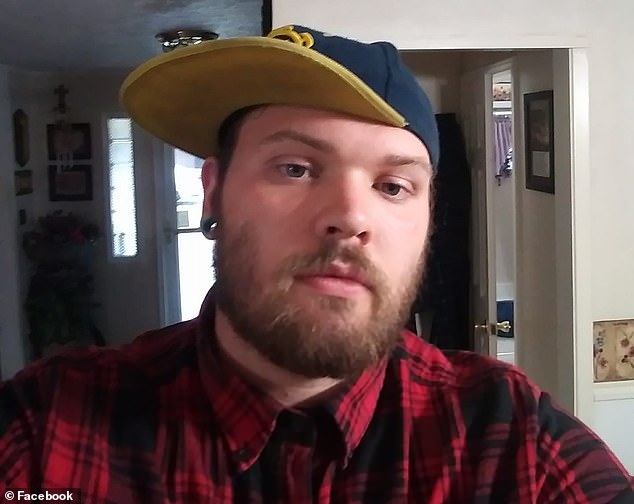 Horner was charged with capital murder and aggravated kidnapping and is being held on $1.5million bond.

‘We’re just sad it didn’t end the way that we hoped that it would end,’ Sheriff Lane Akin said during a Friday night press conference.

Horner is the only suspect authorities believe is responsible in the case, Akin said. He did not have any relation or connection to the family.

According to the Wise County Sheriff’s Office, the child was dropped off at home from school at her home in Paradise at 4.30pm on Wednesday.

At some point afterwards, the youngster was outside her home after an argument with her step-mother. At the same time, Horner was delivering a FedEx package to her house.

When Athena didn’t come back inside and could not be found in her bedroom, her step-mom reported her missing to police around 6.40pm.

Police believe the girl was likely abducted from her driveway, just 200 yards away from the safety of her home. 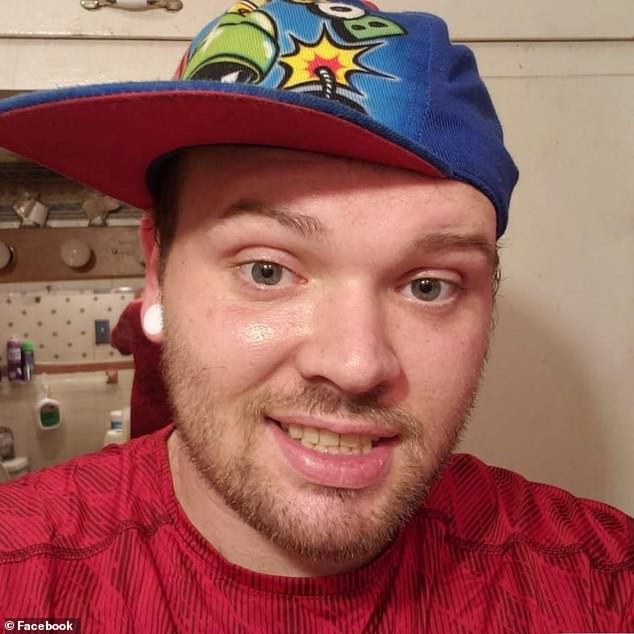 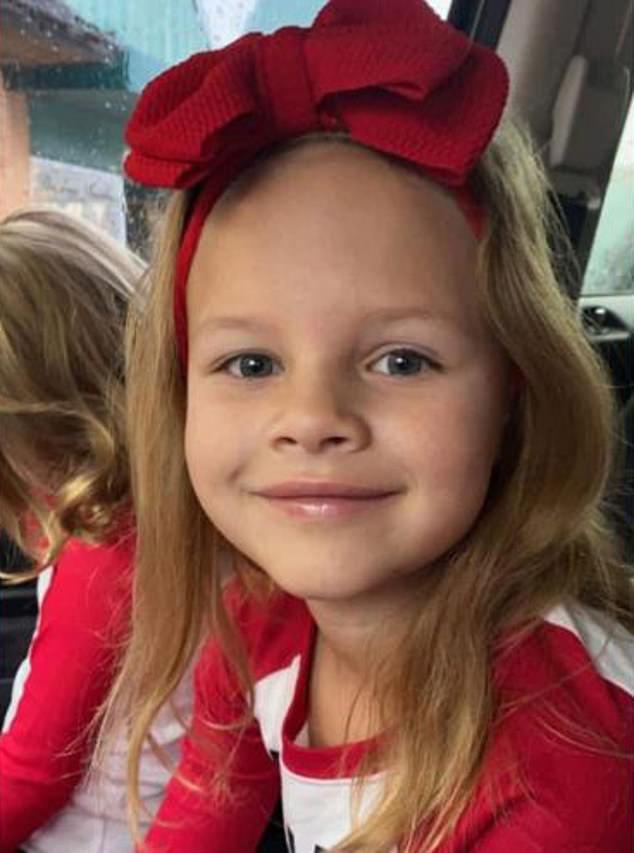 Athena Strand was found dead on Friday night, police in Wise County, northwest of Dallas confirmed but police revealed that she likely died ‘within an hour’ of her being kidnapped

Authorities were only able to connect the dots between Athena’s disappearance and Horner’s delivery route following a tip off, with the FBI, Texas Rangers and Wise County Sheriff’s Offices working in tandem to bring the case to a speedy yet tragic end, although two false leads sent police looking in the wrong places for the girl.

The youngster’s body was eventually found 10 miles away from her home.

The County Sheriff paid tribute to locals that had assisted with the investigation which saw hundreds of volunteers coming out to help with a massive search.

‘This community does not like losing our children and we could see it because of all the people who came out and helped us throughout this ordeal,’ Akin said.

‘It’s one of the toughest investigations that I’ve been involved in because it’s a child, and anytime there’s a child dies, it hits you in your heart. You compare that child to your own children when they were at that age’, he added.

Asked about the family’s reaction to the girl’s death: ‘They’re devastated,’ Akin said.

‘They’re angry because of what happened — a precious child taken from their lives.’

FedEx released a statement on Friday night expressing their condolences to the family: ‘Words cannot describe our shock at the reports surrounding this tragic event. First and foremost, our thoughts are with the family during this most difficult time.’ 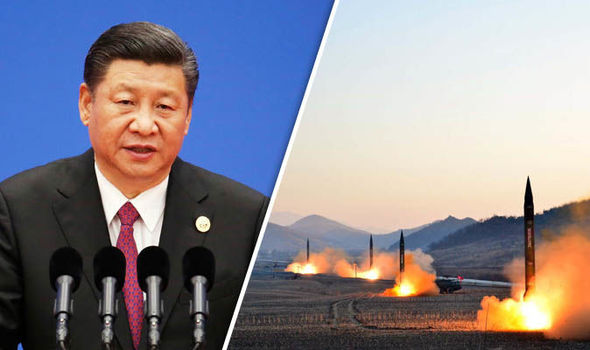 China has voiced grave concern over North Korea’s nuclear and missiles programme, as well as calling on the United States and South […] 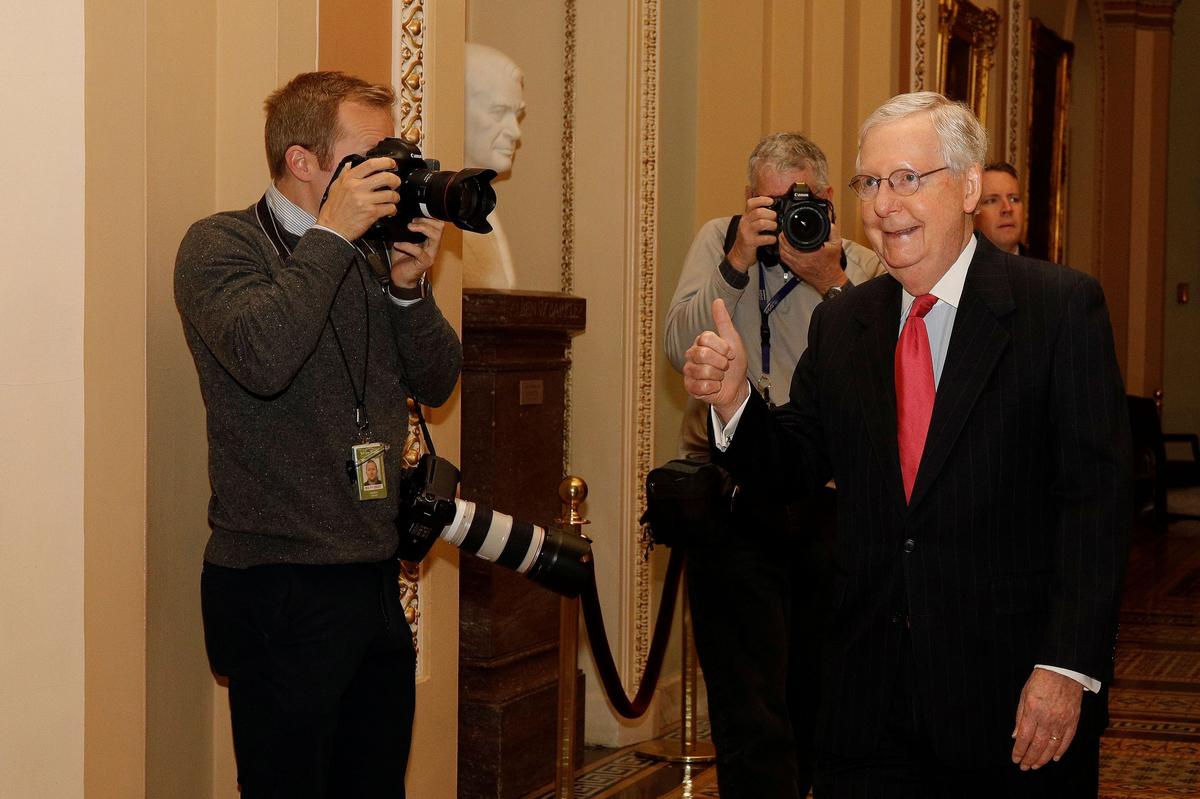 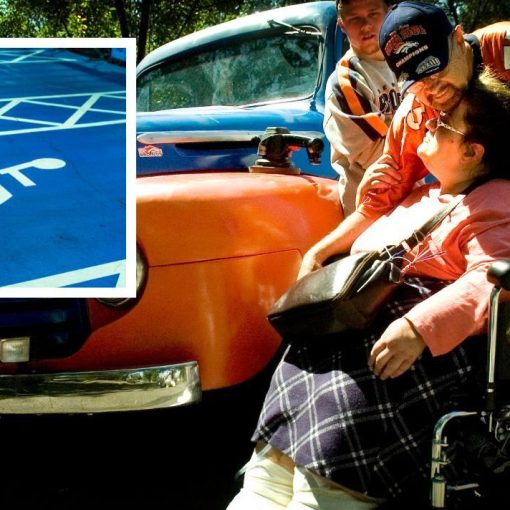 UK citizens with disabilities could face parking fines while in popular EU holiday destinations such as France, Italy, Spain, Greece and Portugal, […]