The 25 short-listed entries for wildlife photographer of the year have been released- and include a trio of shivering monkeys and a flower-loving polar bear cub.

This year’s photographs also include a frog with striking ruby eyes, a hare in the show and a guinea fowl scratching their friend’s head.

It began in the 1960s and was first run by the BBC’s Animals magazine- which is now called Wildlife magazine.

The contest grew increasingly popular and by the mid-1908s, it had joined forces with the National History Museum, who now runs the competition and exhibition.

Last month, the museum announced the 59th competition, not long after the winners of the 58th competition were revealed in a ceremony hosted by nature presenter Chris Packham.

The photography competition has 19 categories, including Animals in their Environment, Animal Portraits, Plants and Fungi and Under Water.

Winners have their work displayed at the National History Museum before it tours internationally.

The Grand Title award winners get a cash prize and the 100 selected photographs are also in a limited-edition hardcover book. People can vote for their favourite image here. 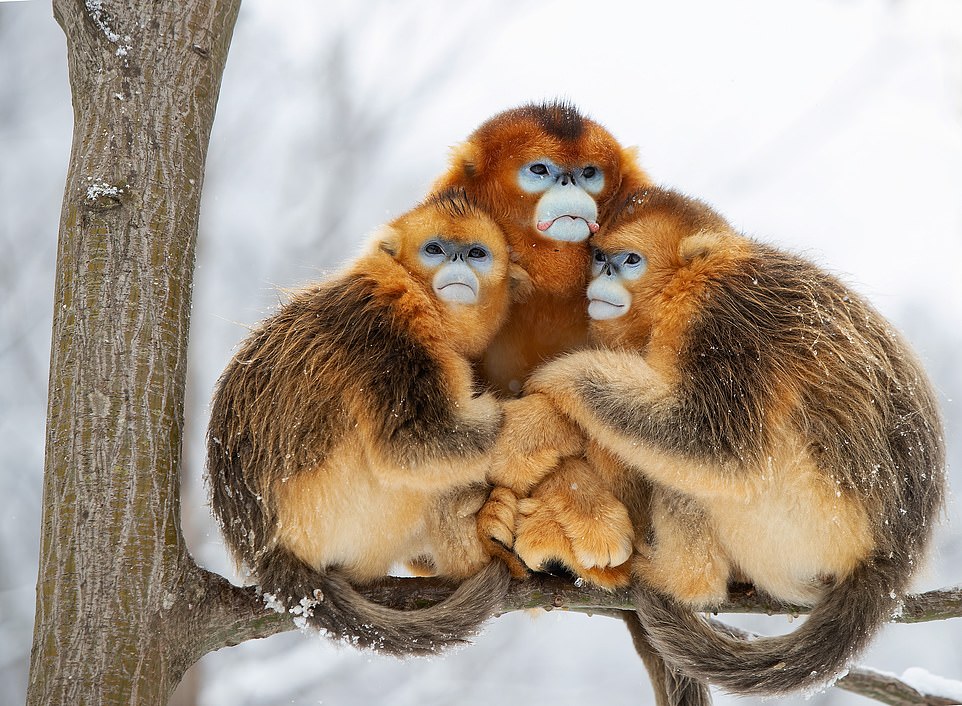 A golden huddle: In this photo by Minqiang Lu, from China, two females and a male golden snub-nosed monkey huddle together to keep warm in the extreme winter cold. Threatened mainly by forest loss and fragmentation, this endangered species is confined to central China. Restricted to living high up in the temperate forests, these monkeys – here in the Qinling Mountains in Shaanxi province – feed mostly in the trees, on leaves, bark, buds and lichen 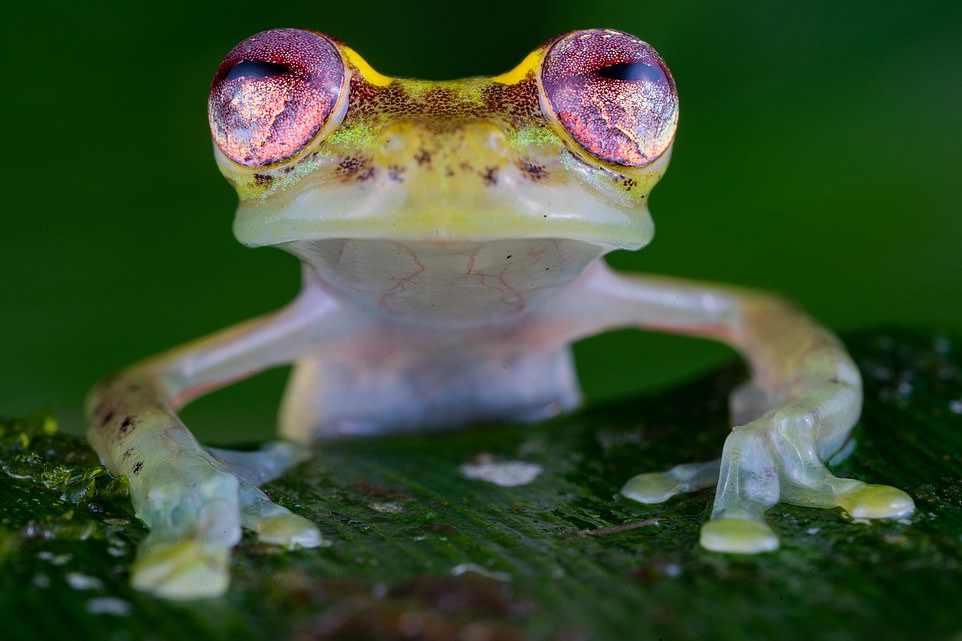 The frog with the Ruby eyes: This photo by Jaime Culebras from Spain shows a male Mindo glass frog with striking ruby eyes. The animals are only found in northwest Ecuador, in the Río Manduriacu Reserve in the foothills of the Andes and are endangered by habitat loss associated with mining and logging 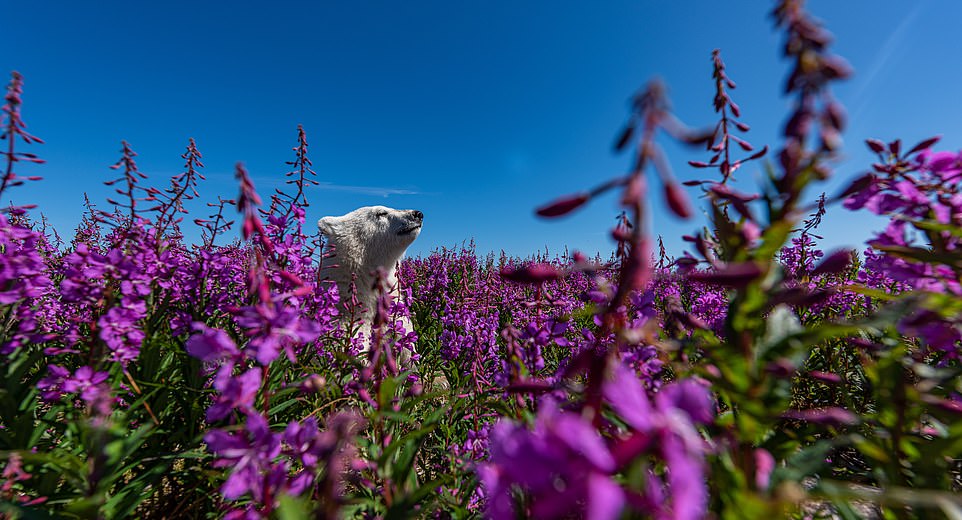 Among the flowers: Martin Gregus, from Canada, watched this polar bear cub playing in a mass of fireweed on the coast of Hudson Bay. in Churchill, Manitoba 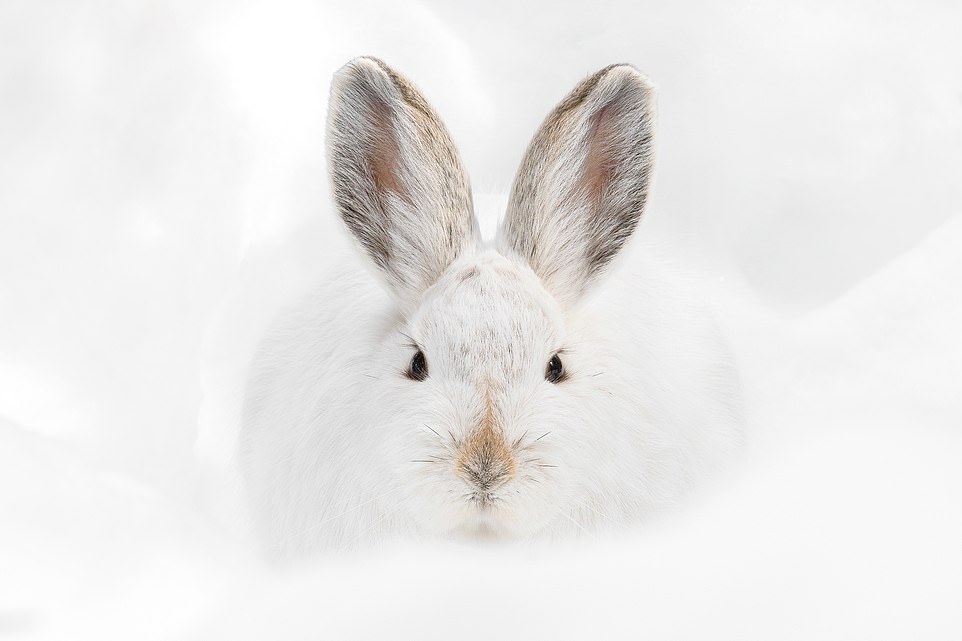 Snowshoe hare stare: This image by Deena Stevenson from America was taken while she was snowshoeing deep in the forests of the Rocky Mountain National Park in Colorado. She was looking for wildlife to photograph and eventually found a hare on a mound of snow 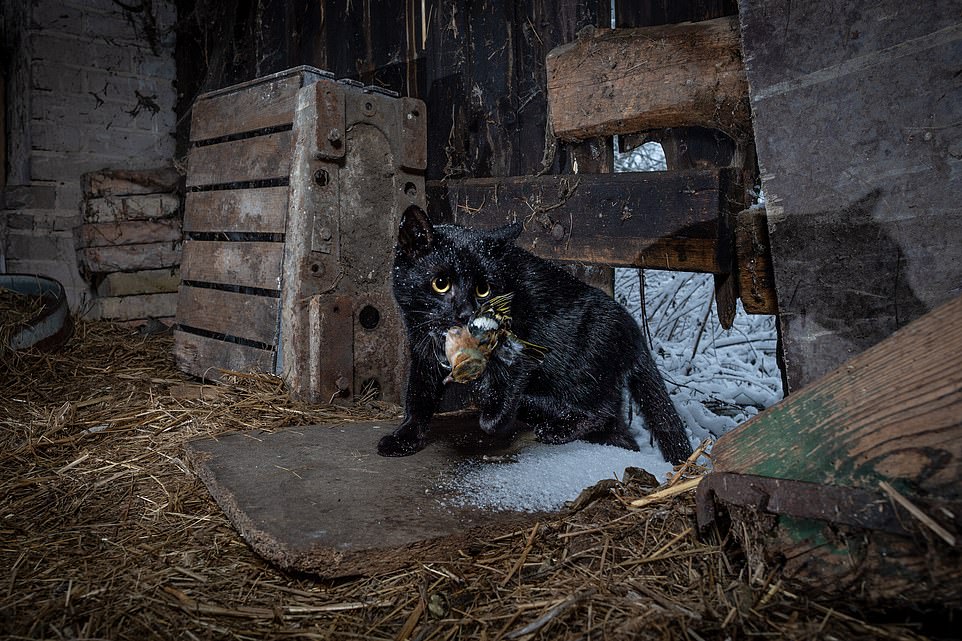 Caught by the cat: Micha Michlewicz from Poland noticed a lot of animals were visiting this abandoned barn in Radolinek, a small village in the west, probably following the scent of rodent prey. He set up a camera trap and got this image of a cat with their fresh kill. He is keen to highlight the impact domestic cats can have on a local ecosystem 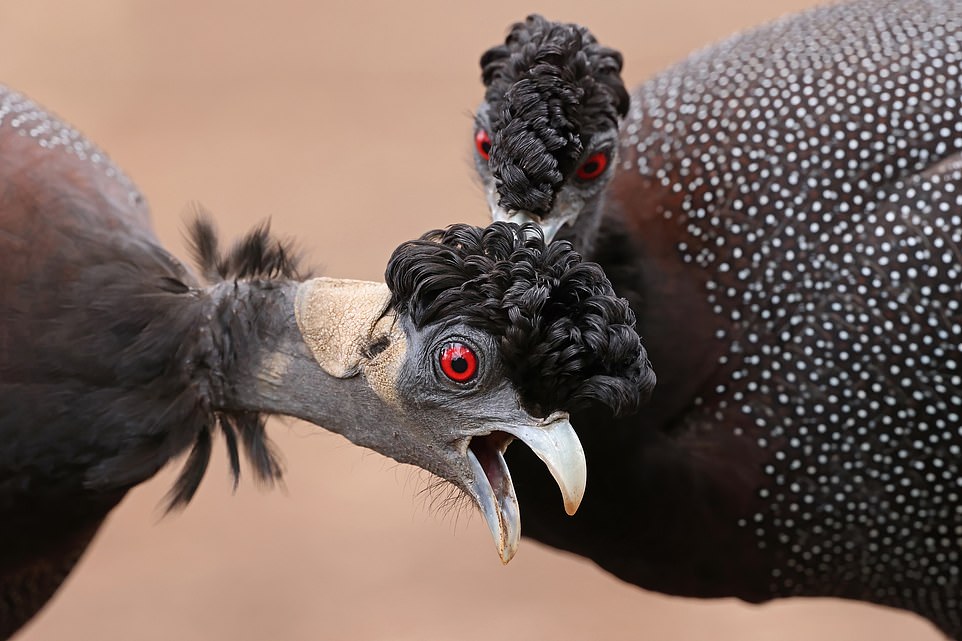 That’s the spot! Richard Flack was in South Africa’s Kruger National Park when he saw a flock of crested guinea fowl, with one starting to scratch another’s head and ear. The recipient stood there as if to say ‘that’s the spot, keep going’ 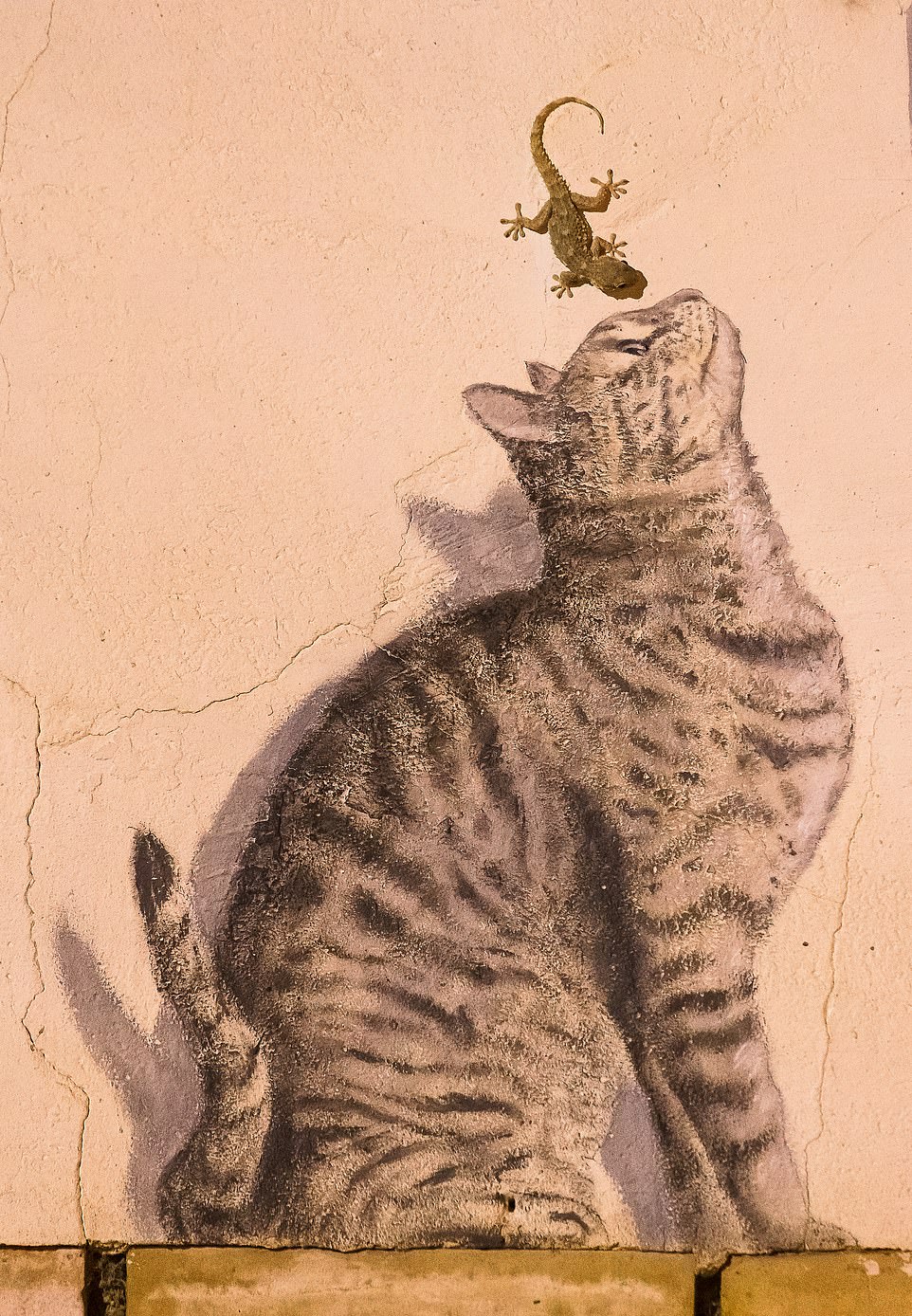 Life and art: This photo, taken by Eduardo Blanco from Mendizabal, Spain shows a graffiti cat which looks as though it is about to snare a gecko. He took the photo in his hometown of Corella 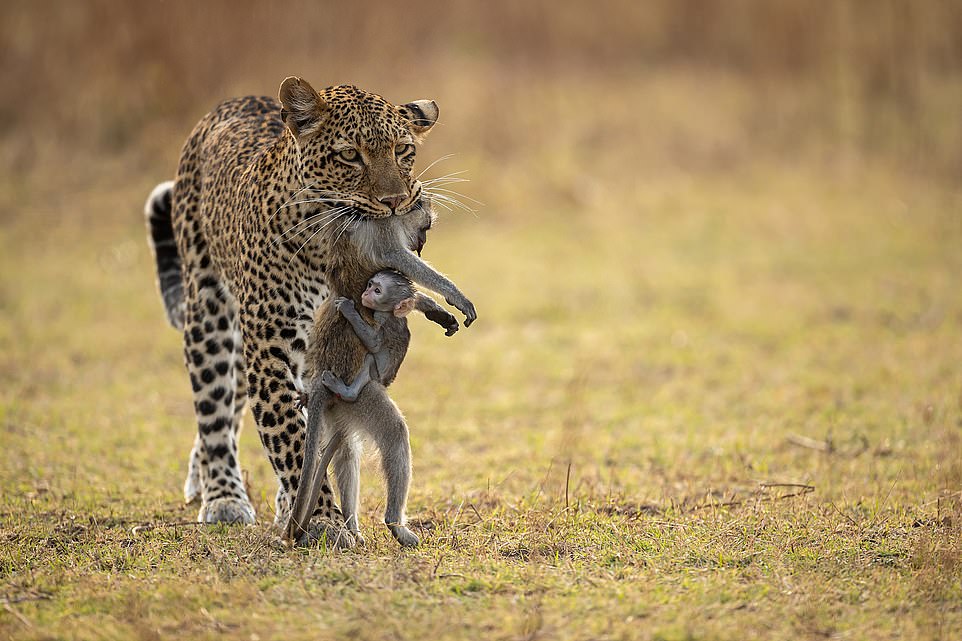 Holding on: Igor Altuna from Spain took an image of a baby baboon who desperately clung to its mother after she was killed in Zambia’s South Luangwa National Park 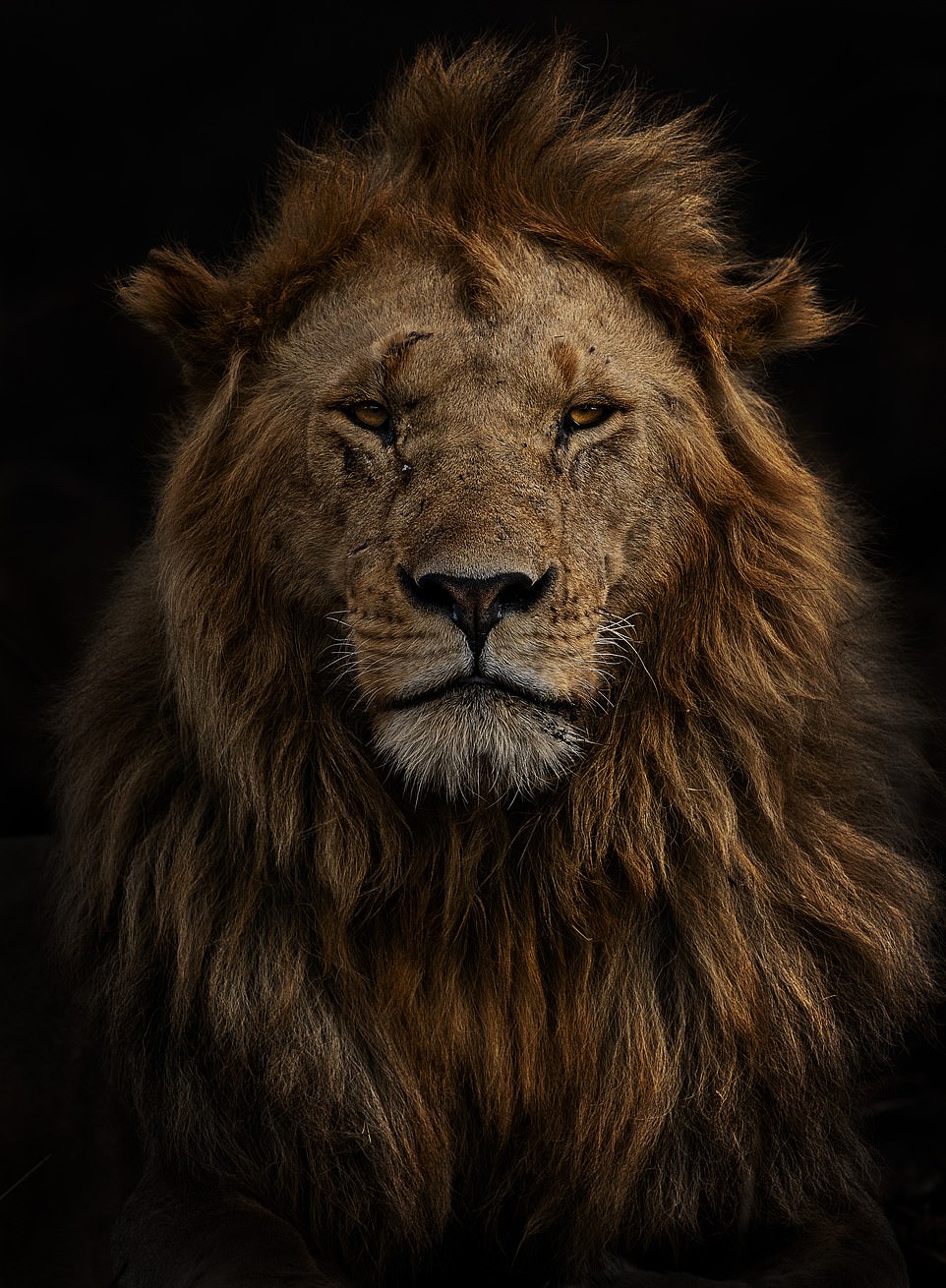 Portrait of Olobor: Marina Cano from Spain took this portrait of one of the males in the Black Rock pride in Maasai Mara National Reserve, Kenya 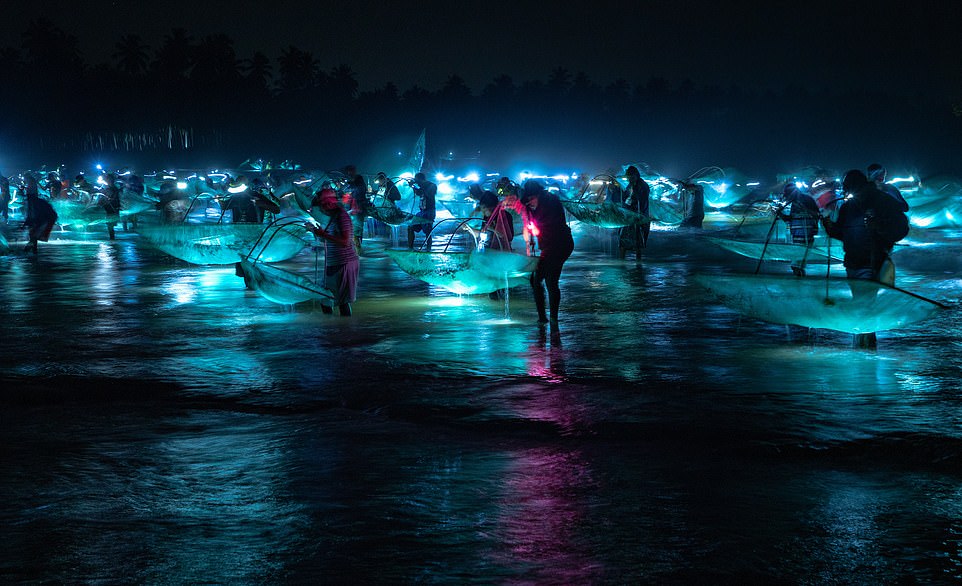 Fishing for glass eels: Eladio Fernandez from the Dominican Republic took this image. On the coast of the area, hundreds of people club together to catch the eels 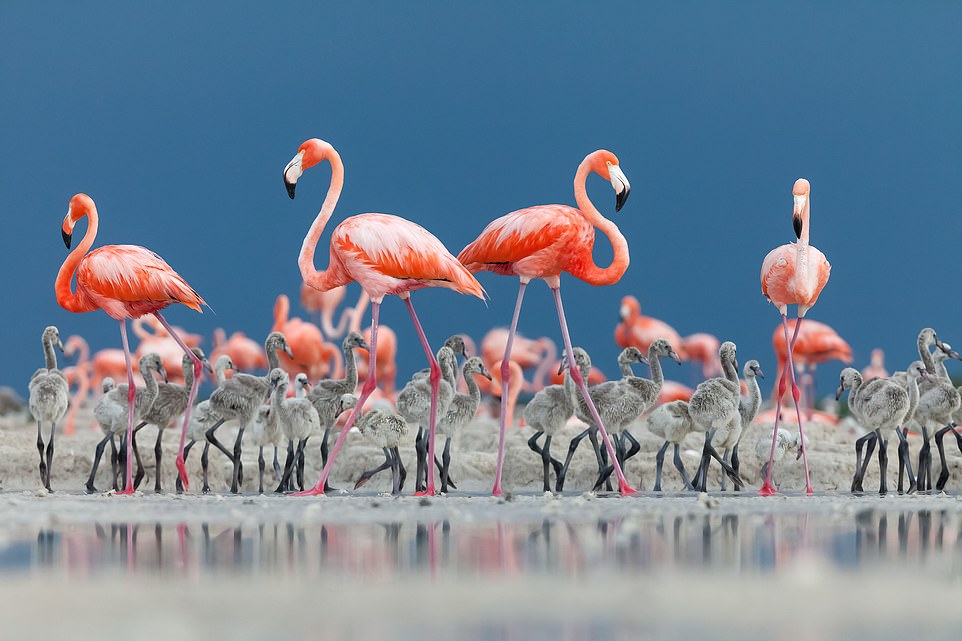 Caribbean crèche: These flamingos were enjoying the hot weather in Ría Lagartos Biosphere Reserve, on the Yucatán Peninsula, Mexico when photographer Claudio Contreras Koob took an image of them 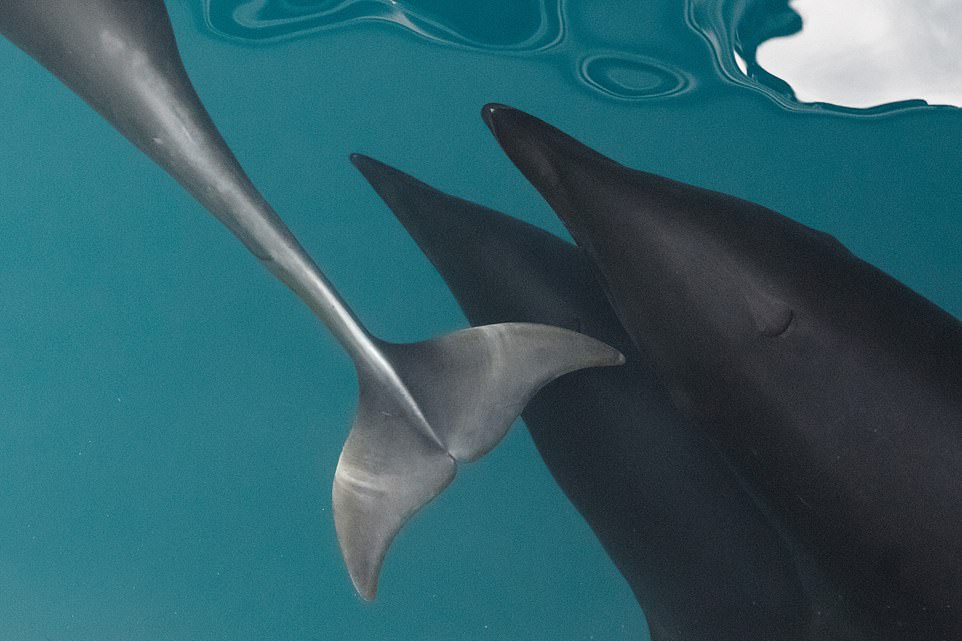 Heads or tails? Jodi Frediani from America got this shot of the dolphins in Monterey Bay after taking her place at the bow of the boat below 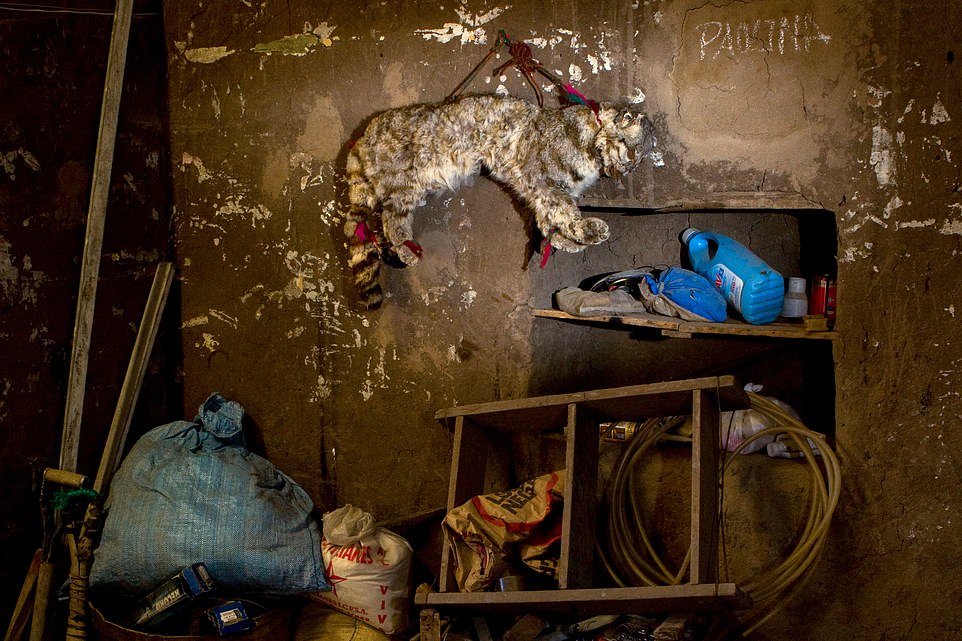 Unlucky for the cat: Sebastian Kennerknecht from the USA took this image of a stuffed cat skin, traditionally sometimes worn in ceremonies in the Andes to wish farmers good luck for the fertility of livestock 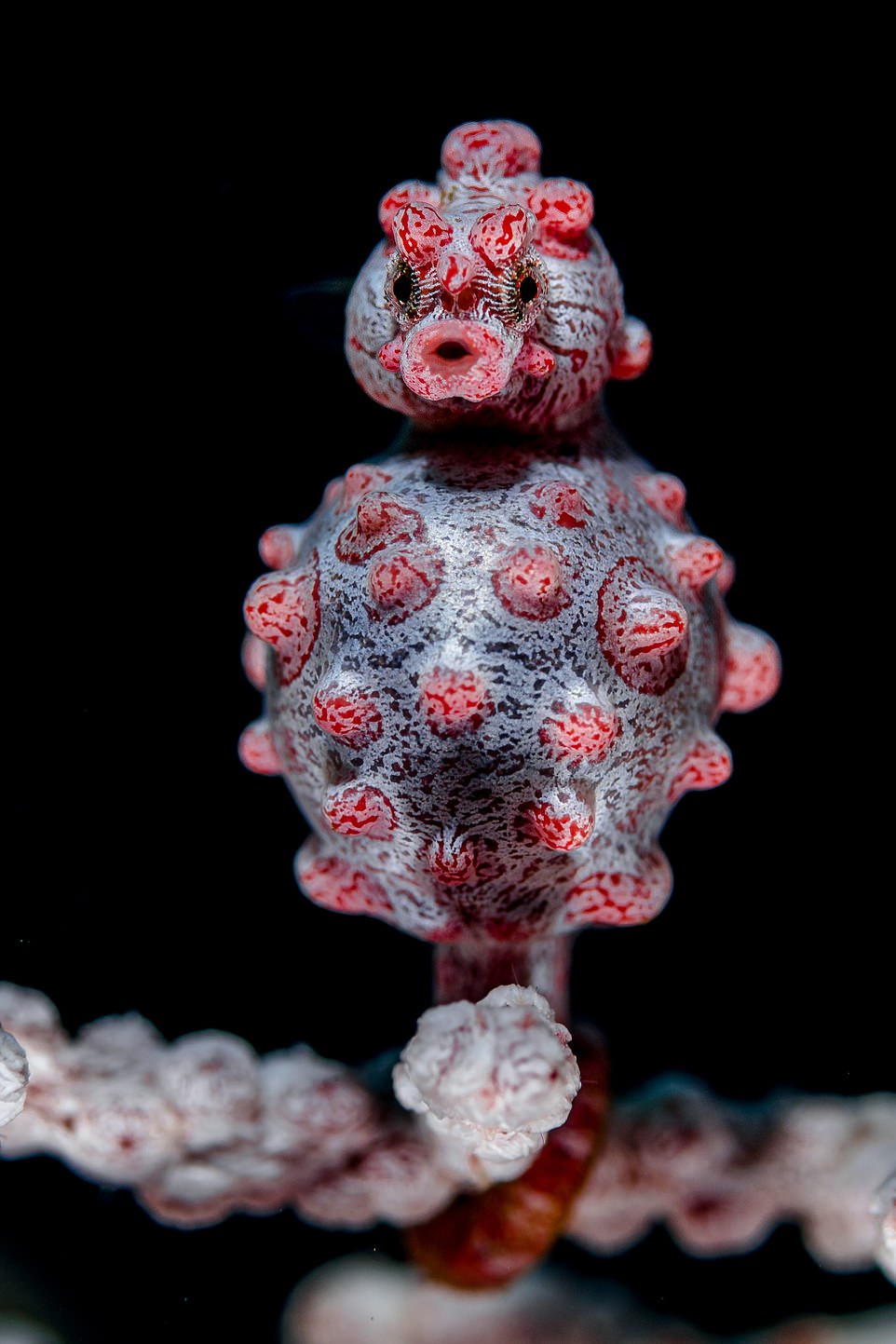 A tight grip: Nicholas More from the UK got this snap of a Bargibant seahorse grabbing a pink sea fan off the coast of Bali 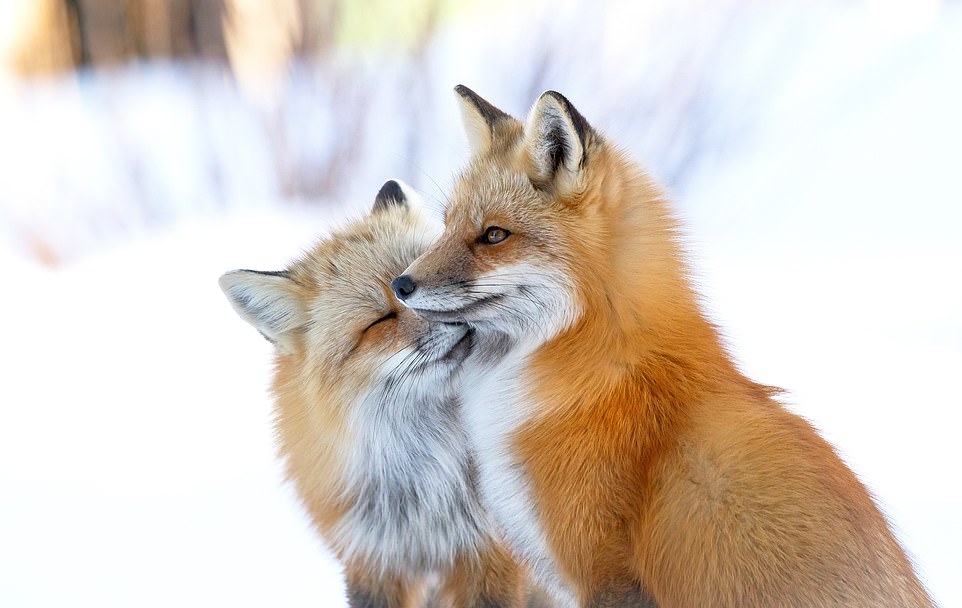 Fox affection: Two foxes give each other some affection in this shot taken by Brittany Crossman on Prince Edward Island in Canada 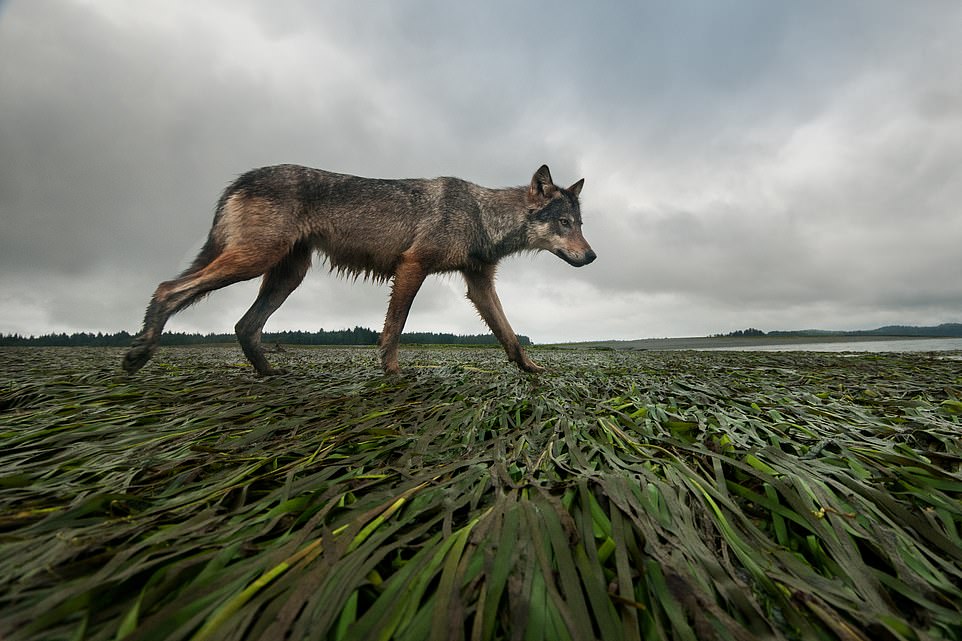 Coastline wolf: UK photographer Bertie Gregory was in Canada when he saw this female grey wolf in Vancouver 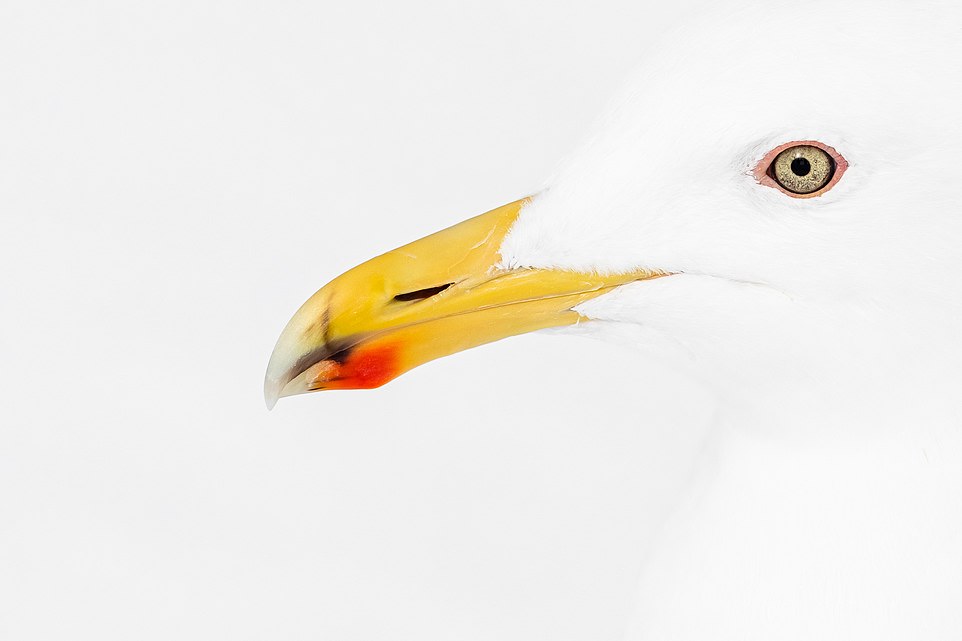 Red and yellow: Chloé Bès from France took this striking picture of a gull while she was near Rausu port on the Japanese island of Hokkaido 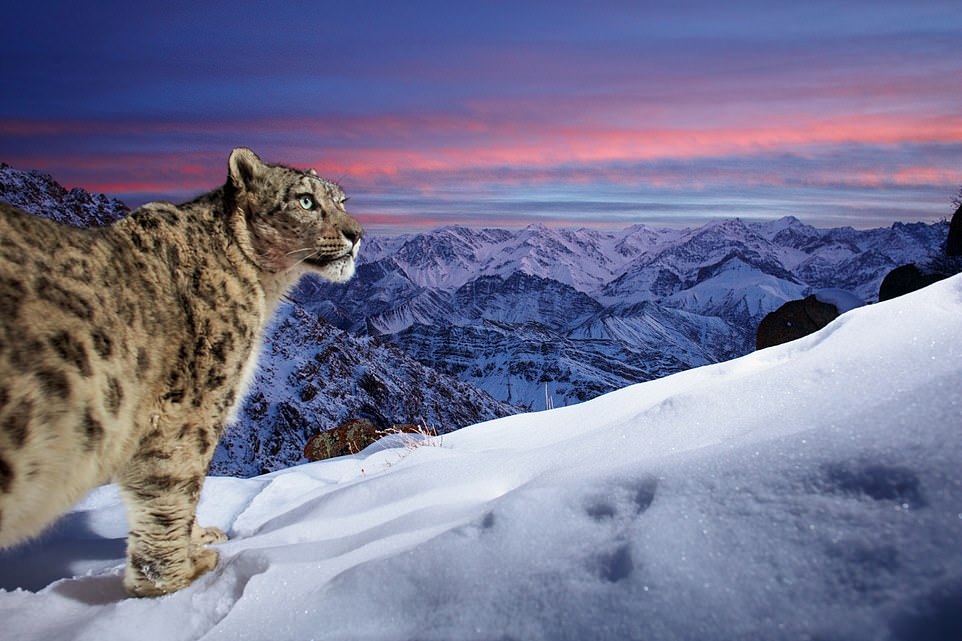 World of the snow leopard: This animal, looking around pensively, was seen in action by Sascha Fonseca from Germany, amid the thick snow 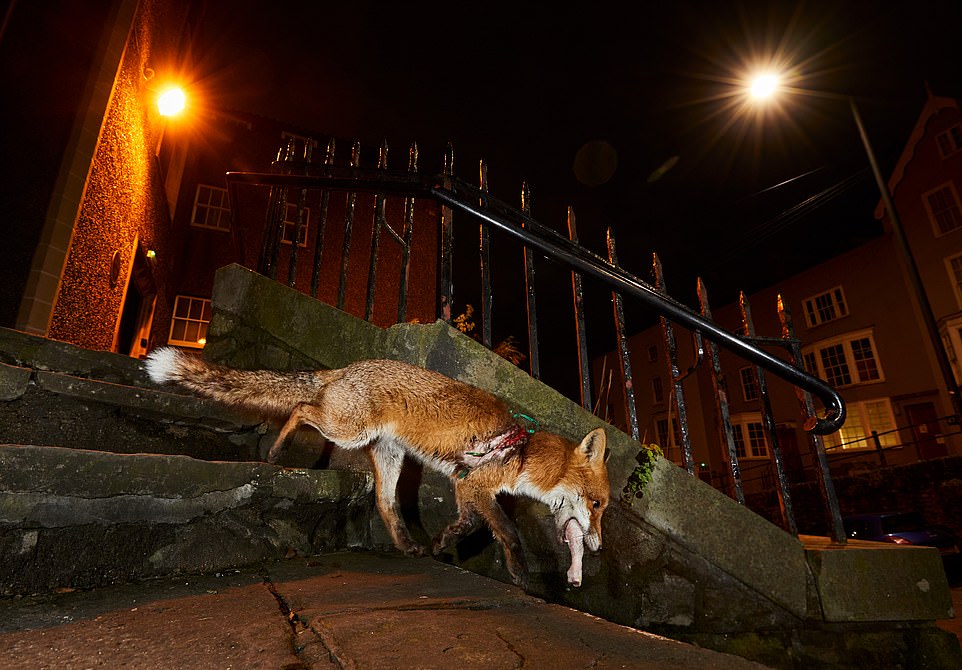 A fox’s tale: UK photographer Simon Withyman saw this fox who had the remains of plastic barrier netting embedded in her body. She was unable to hunt and residents left her food, including the chicken wing in this image. Simon wants to raise awareness of the harm humans can inadvertently cause to foxes 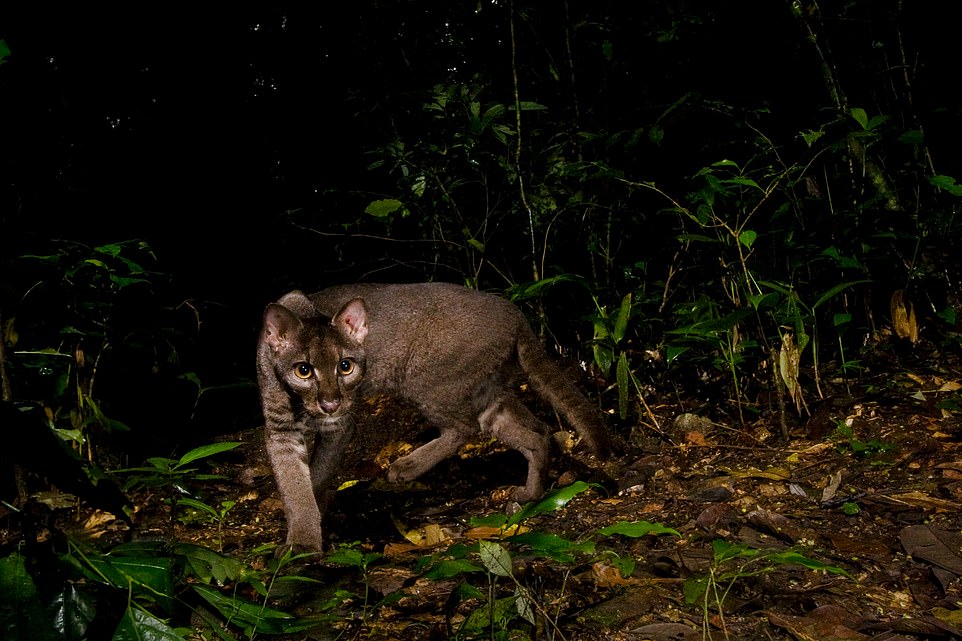 The elusive golden cat: Sebastian Kennerknecht, USA was in Kibale National Park in Uganda when he saw this rare and elusive African golden cat 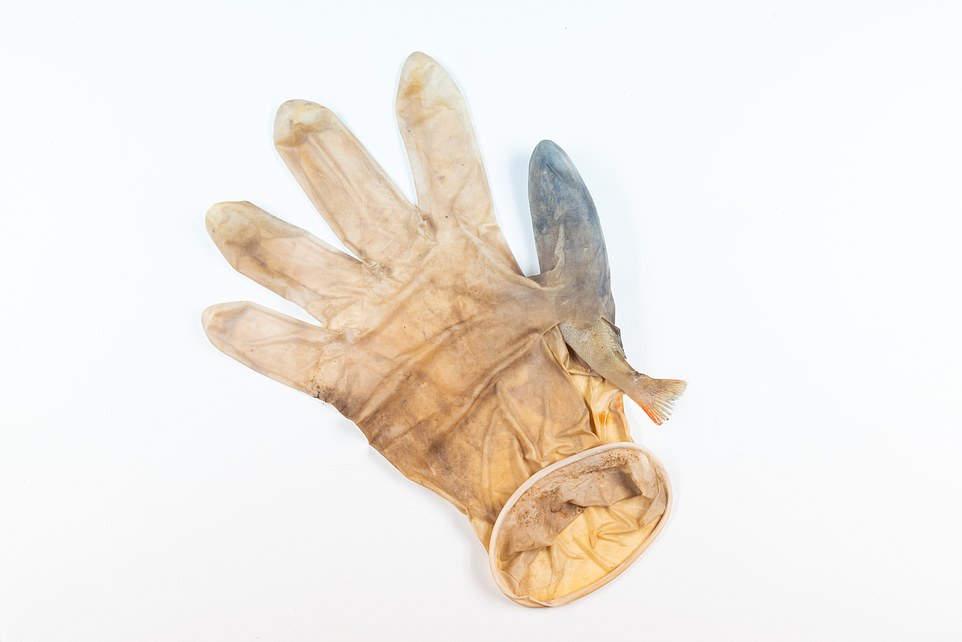 Covid litter: Netherlands photographer Auke-Florian Hiemstra saw a young perch trapped in a thumb of a surgical glove in a canal. The material that helped protect us during the pandemic likely was a danger to animals 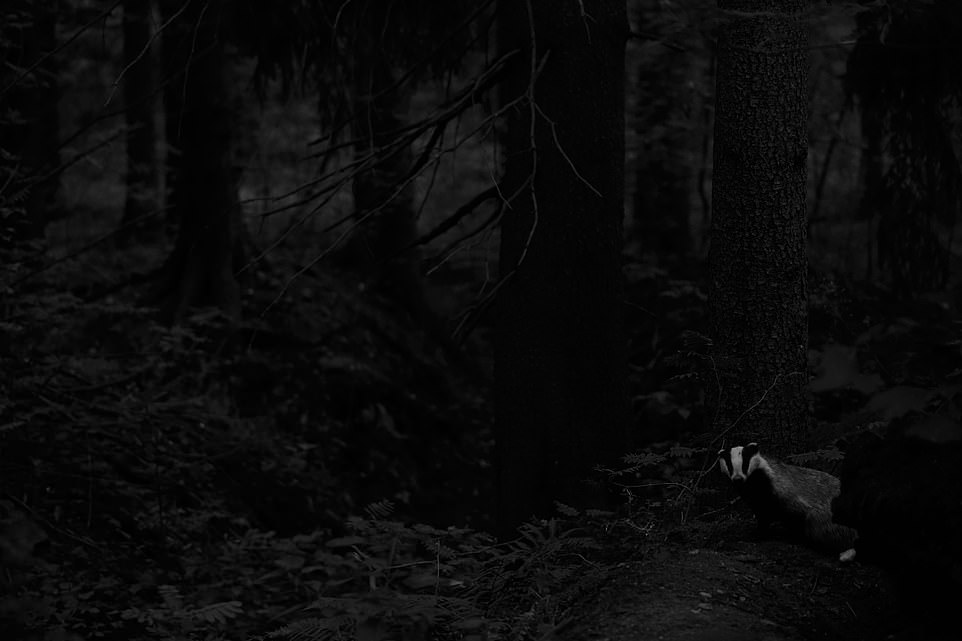 Night encounter: Sami Vartiainen from Finland took this photo of a badger in a forest near Finland, looking in his direction 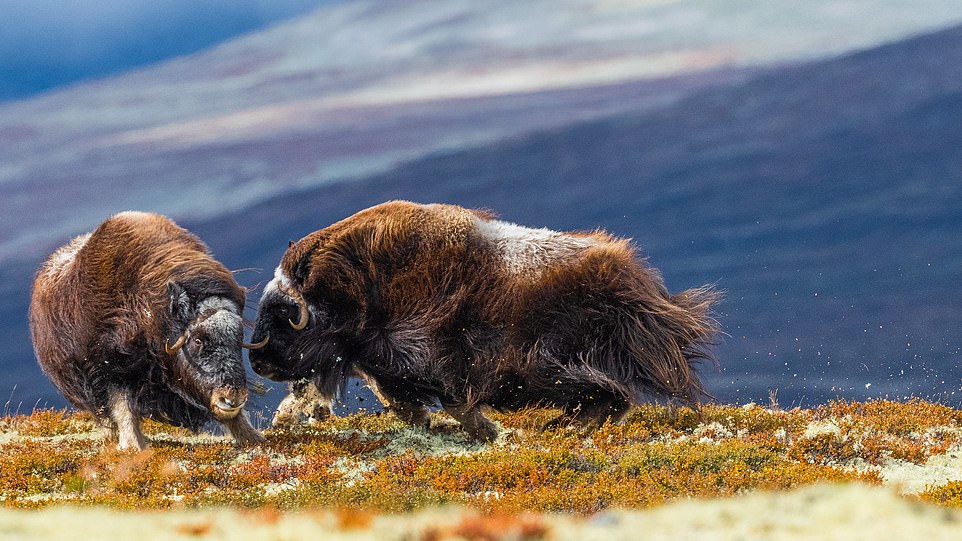 Head to head: Miquel Angel Artús Illana from Spain got this uimage of two female muskoxen attacking each other in Norway’s Dovrefjell-Sunndalsfjella National Park 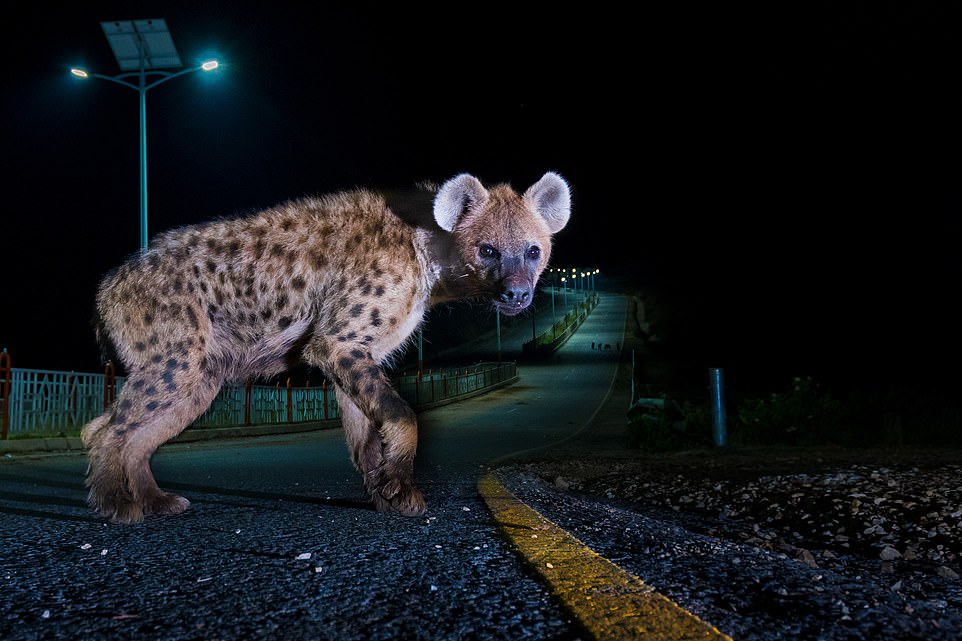 Spotted! This hyena was snapped by photographer Sam in Harar, Ethiopia. The animals often dwell on the outskirts of cities to take advantage of what humans leave behind 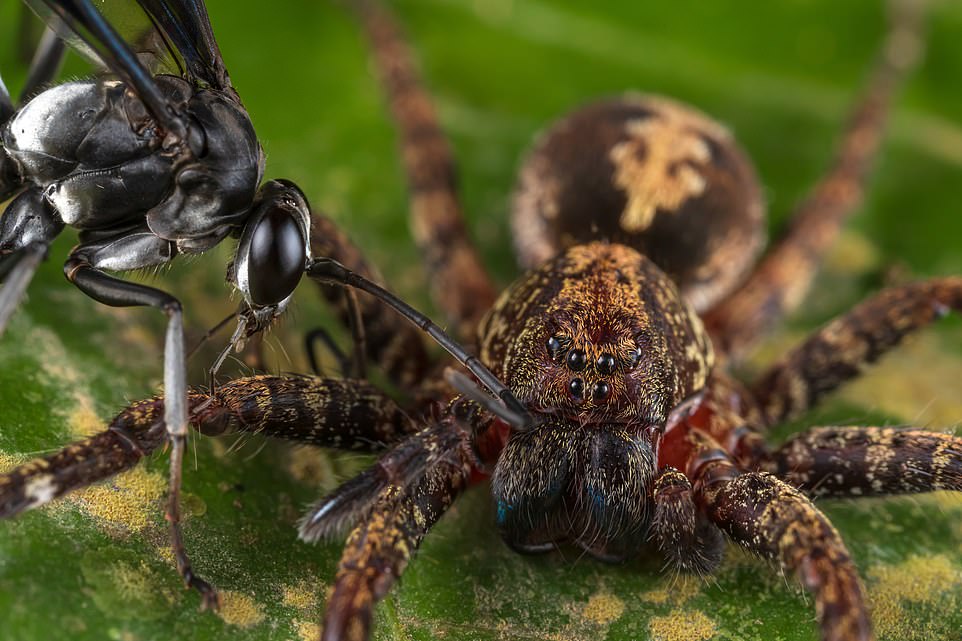 Wasp attack- by Roberto García-Roa, Spain: The image shows the wasp checking the spider to confirm if its sting has paralyzed the dangerous prey, before dragging it back to its brood nest in the Peruvian jungle of Tambopata 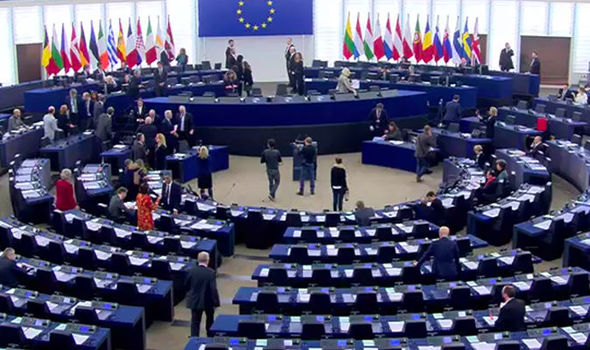 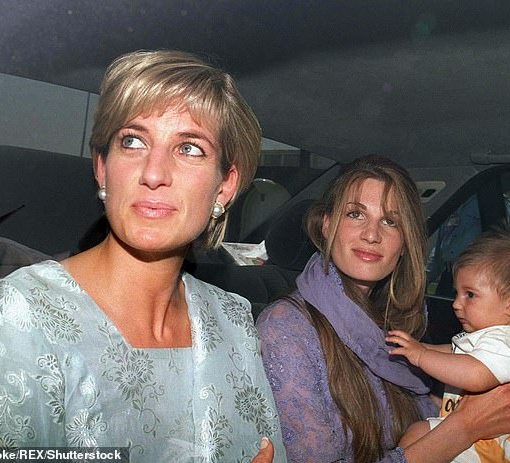 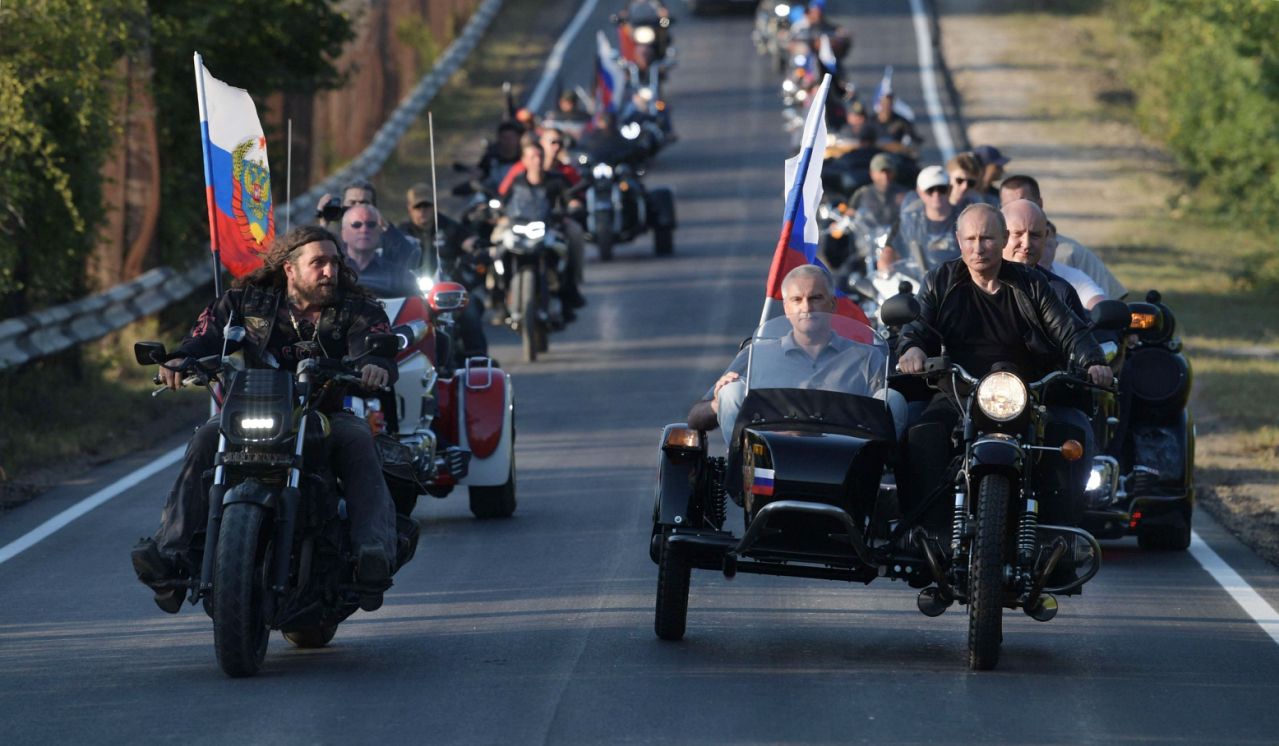