“There were also lots of residents waiting to see if their loved ones were in the mass grave. They were being held back behind a strip of red and white tape. It was hugely emotional and intense, and one of those moments where it seemed at least if I started drawing I wouldn’t look like a voyeur.”

So the 37-year-old artist, who during the pandemic had documented the British Army’s work supporting the NHS, did just that – recording the deeply sombre moment in one of his highly distinctive pen and ink sketches.

“When I make drawings I believe in looking at the fringes of atrocity; the bits around the edges, where people continue with their lives,” he explains.

But at St Andrew’s Church this approach – which usually sees him getting close not to the action but to the people – took on a chilling turn.

“The bodies had just been chucked into what looked like the excavations of a swimming pool. An arm was sticking out, and a shoe.

“As the bodies were dug out they were loaded onto a wooden door-frame. They found more than 100 in that grave.”

The devastating image is part of a new exhibition of Butler’s recent drawings, The First Casualty:Art at the Margins ofWar, which opened this week in London.

Brave locals crossed back from Kyiv to Irpin (Image: Getty)

A percentage of sales of the work will go to raising George’s target of £20,000 for projects and individuals in Ukraine, some of whom he met against the forbidding backdrops – the devastated Irpin Bridge; the Kharkiv metro bomb shelters.

“The way I’ve experienced these places when I’ve drawn them isn’t generally the same as I’ve seen them reported in the news,” says George, who dislikes the term ‘war artist’ and prefers to describe himself as a ‘reportage illustrator’.

“There are many spaces in between that demand more depth, better stories about vulnerable areas and vulnerable people and trying to tell the truth as they’ve told it to me,” explains George, who studied for a degree in illustration at Kingston University after Eton College.

“When I draw I’m listening to people’s stories.What they have to say is more interesting to me than the final picture.The drawing becomes a tool.”

George has been visually documenting what happens in war zones, refugee camps and conflict situations since first embedding with the British army in Afghanistan at the age of 21.

Since then, his work on the front line in countries such as Syria and Iraq has appeared in newspapers and on the BBC and CNN.

“I think there is always space to tell longer, slower, quietly observed stories, a visual account of what is going on there.

“It is not all about tanks and helicopters being blown up,” says the artist, whose work has been exhibited in the ImperialWar Museum and V&A, where some works are held in the National Archive.

The month he spent in Ukraine, witnessing modern people suffering unimaginable horrors, moved him on a deep level.

“There was a resolute determination in the Ukrainians I hadn’t witnessed elsewhere, in Yemen or Afghanistan, for example,” he says. “There was also great hope.”

Monuments across Ukraine, like Nica in Kharkiv have been wrapped in sandbags to protect them.

“This statue – erected to celebrate independence from the USSR – has taken 400 tonnes of sand and 17,000 sandbags to cover,” says George

All through the streets of Odessa lie these “big, black, anti-tank hedgehogs made by volunteers in factories around the city,” says George.

They’re cut out of old railway tracks, welded together, and it is impossible for tanks to move through them.”

Painted on all of them is the call to arms of the Ukrainian people: “Russian warship, go f*** yourself.”

Madame Olga, 99, survived the Great Famine and Second World War where she was used as slave labour for a family in Dresden.

Unable to get to the air-raid shelters she waited in her bed in the fourth-floor flat in Kyiv that she shared with her 79-year-old daughter, Valentina.

“She and her daughter hoped that any bombs would miss,” says George.

“That is the civilian cost of what is going on. The last thing she said was that she felt so worried that she had forgotten the words to describe her feelings.”

Madame Olga, who was almost completely deaf and blind, died peacefully in her sleep, a few weeks after this drawing was made.

This road on the outskirts of the Kyiv suburbs quickly became one of the most photographed streets in the Ukrainian war.

It symbolised the Ukrainian resolve against all the odds by showing Russian armour trapped, destroyed and humiliated.

“Finally we were able to see evidence of what the Ukrainians were saying had happened,” says George.

“As I was drawing, I was struck by disbelief at the shapes that had been made out of previously recognisable objects.

“I remember thinking it was such a fantastic waste, to see a whole street and town destroyed like this. Scenes we thought we’d seen the last of.”

Forensic experts excavate the bodies of more than 100 civilians in a mass grave found at St Andrew’s Church in Bucha – a small town outside Kyiv. In the background, locals watch and wait to see if they recognise the remains of their missing loved ones 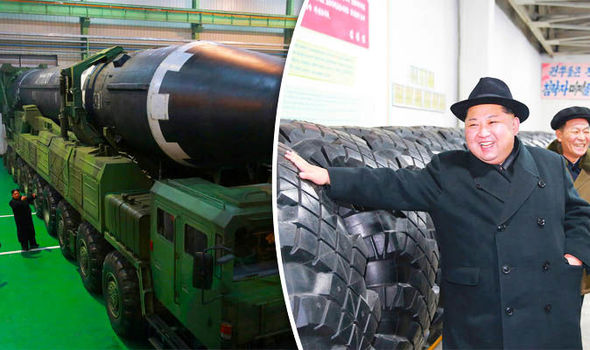 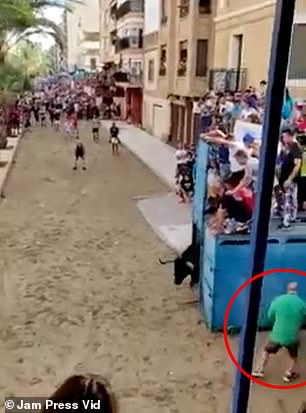 This is the horrifying moment a bull gores a man while onlookers scream in shock during a traditional Spanish festival. Footage from […] 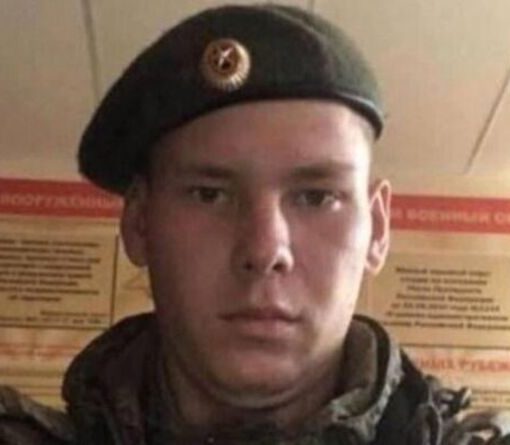 Alexei Bychkov was detained on Saturday, April 9, after a video emerged on social media, which showed the soldier sexually abusing a […]