You would be hard pressed to find a country as fiercely proud of its food and culture as the French.

But today, they have every reason to be after its baguette was given a special UNESCO heritage status.

The bread which literally means ‘wand’ and was appropriately dubbed ‘250 grams of magic and perfection’ by Emmanuel Macron, is one of the abiding symbols of the nation.

And experts gathering in Morocco this week decided that the simple French flute – made only from flour, water, salt, and yeast – deserves UN recognition. 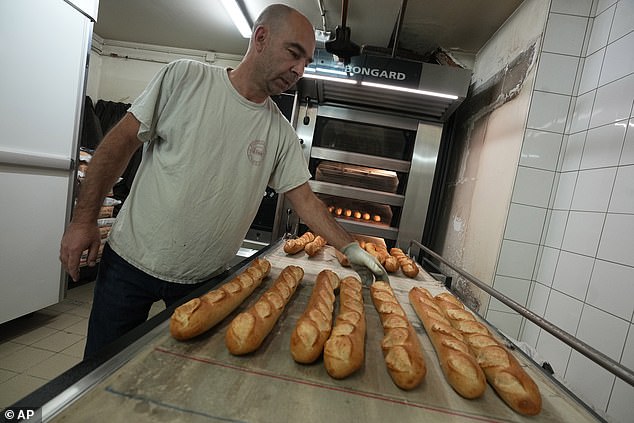 Baker David Buelens takes out the baguettes of an oven at a bakery, in Versailles, west of Paris, yesterday ahead of the UNESCO decision

UNESCO voted to include the ‘artisanal know-how and culture of baguette bread’ on its list of Intangible Cultural Heritage, which already includes around 600 traditions from over 130 countries.

It does not afford any special protections to baguettes but is added to the list to ‘help demonstrate the diversity of this heritage and raise awareness about its importance’.

France decided to submit the baguette to the panel after seeing pizza from Naples be granted the special status, with Macron declaring: ‘The baguette is the envy of the whole world.’

He added: ‘Excellence and expertise must be preserved, and that is why it should be heritage-listed.’

UNESCO chief Audrey Azoulay said it ‘celebrates the French way of life: the baguette is a daily ritual, a structuring element of the meal, synonymous with sharing and conviviality.

‘It is important that these skills and social habits continue to exist in the future.’

The baguette, a fluffy, elongated loaf of bread with a crunchy crust, has been a central part of the French diet for at least 100 years, although some believe it has been around for longer. 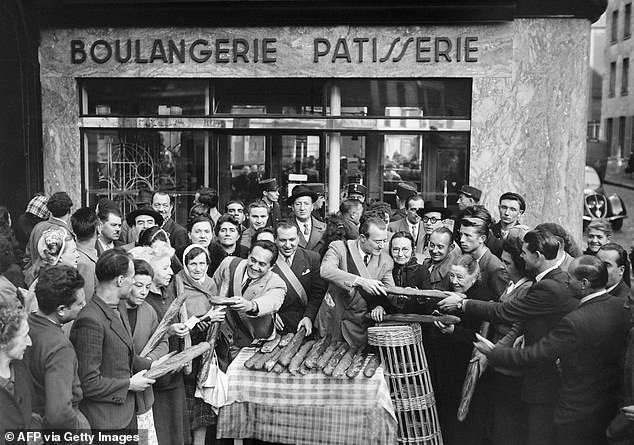 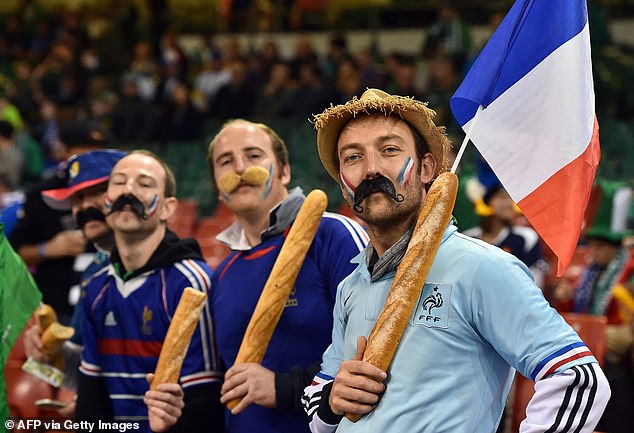 The baguette, a fluffy, elongated loaf of bread with a crunchy crust, is a symbol of France around the world 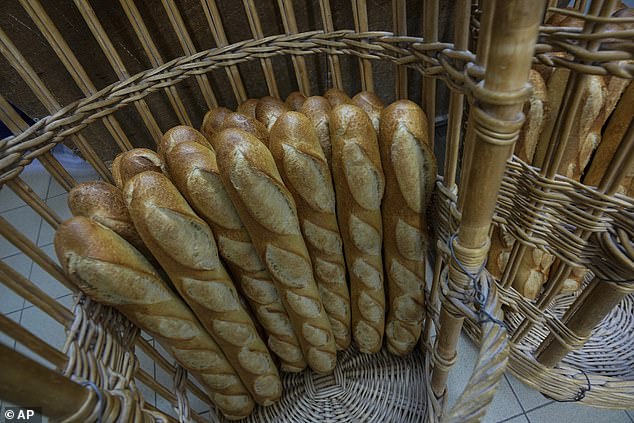 The humble baguette, France’s staple bread, has made it onto the United Nation’s cultural heritage list

One legend has it that the bakers of Napoleon Bonaparte came up with the elongated shape to make it easier for his troops to carry, while another posits that it was actually an Austrian baker named August Zang who invented the baguette.

These days a baguette – which means ‘wand’ or ‘baton’ – is sold for around 1 euro.

Made only with flour, water, salt and yeast, baguette dough must rest 15 to 20 hours at a temperature between 4 and 6 degrees Celsius, according to the French Bakers Confederation, which fights to protect its market from industrial bakeries.

More than six billion are baked every year in France, according to the National Federation of French Bakeries – but the UNESCO status comes at a challenging time for the industry. 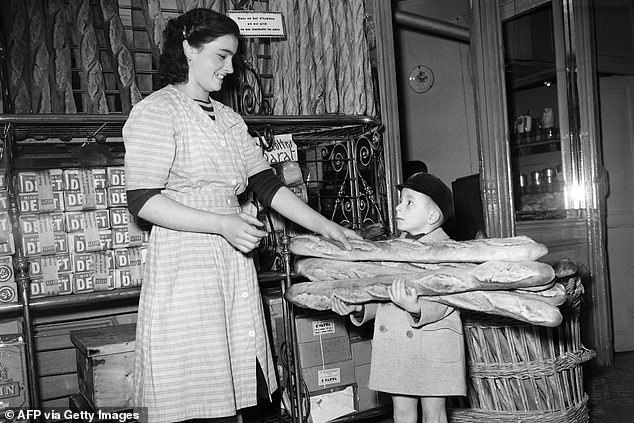 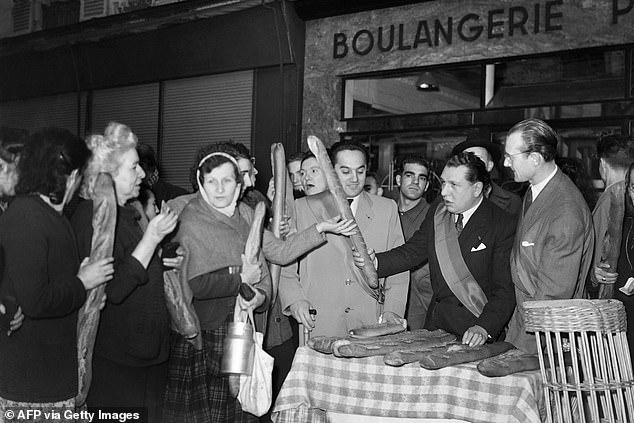 The UN agency granted ‘intangible cultural heritage status’ to the tradition of making the baguette and the lifestyle that surrounds them.

The decline is due to the spread of industrial bakeries and out-of-town supermarkets in rural areas, while urbanites increasingly opt for sourdough, and swap their ham baguettes for burgers.

Still, it remains an entirely common sight to see people with a couple of sticks under their arm, ritually chewing off the warm end as they leave the bakery, or ‘boulangerie’.

There are national competitions, during which the candidates are sliced down the middle to allow judges to evaluate the regularity of their honeycomb texture as well as the the colour of the interior, which should be cream.

But despite being a seemingly immortal fixture in French life, the baguette only officially got its name in 1920, when a new law specified its minimum weight (80 grams) and maximum length (40 centimetres).

‘Initially, the baguette was considered a luxury product. The working classes ate rustic breads that kept better,’ said Loic Bienassis, of the European Institute of Food History and Cultures, who helped prepare the UNESCO dossier. 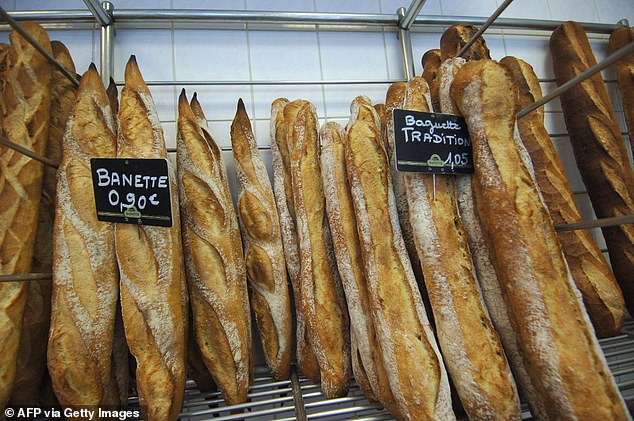 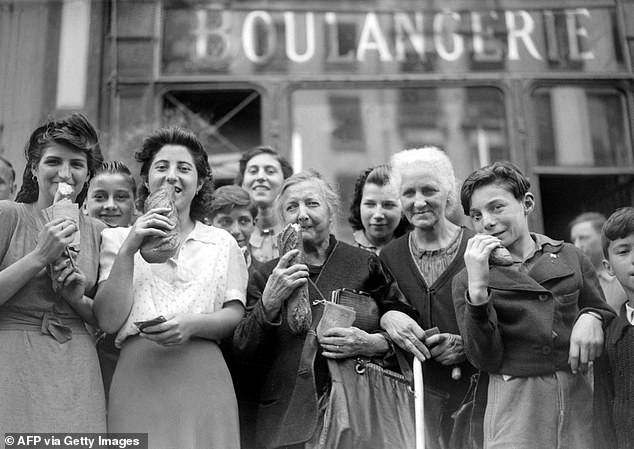 Parisians buy bread on August 27, 1944, after years of living of on rations during World War II

‘Then consumption became widespread, and the countryside was won over by baguettes in the 1960s and 70s,’ he said.

Its earlier history is rather uncertain.

Some say long loaves were already common in the 18th century; others that it took the introduction of steam ovens by Austrian baker August Zang in the 1830s for its modern incarnation to take shape.

One popular tale is that Napoleon ordered bread to be made in thin sticks that could be more easily carried by soldiers.

Another links baguettes to the construction of the Paris metro in the late 19th century, and the idea that baguettes were easier to tear up and share, avoiding arguments between the workers and the need for knives.

France submitted its request to UNESCO in early 2021, with baguettes chosen over the zinc roofs of Paris and a wine festival in Arbois.

‘It is a recognition for the community of artisanal bakers and patisserie chefs,’ said Dominique Anract, president of bakeries federation in a statement.

‘The baguette is flour, water, salt and yeast – and the savoir-faire of the artisan.’

It is as much a part of French culture as the Eiffel Tower or Edith Piaf but the origins of the humble baguette, which UNESCO on Wednesday added to its List of Intangible Cultural Heritage, remain a mystery.

Here are some of the more popular theories:

The oldest tale has the baguette being kneaded by bakers in Napoleon’s army. Less bulky than a traditional loaf, the long slim shape of the baguette made it faster to bake in brick ovens hastily erected on the battlefield.

France’s most famous man of war was preoccupied with getting his men their daily bread.

During his Russian campaign in 1812, he toured the ovens daily to sample the day’s offering and ensure the crusty batons were being distributed regularly, according to historian Philippe de Segur.

He also had portable bread mills sent to occupied Moscow, but the setbacks suffered by the Grande Armee in one of the deadliest military campaigns in history ended his bid to export the doughy staple.

Another theory has the baguette starting out in a Viennese bakery in central Paris in the late 1830s.

Artillery officer and entrepreneur August Zang brought Austria’s culinary savoir-faire to Paris in the form of the oval-shaped bread that were standard in his country at the time.

According to the Compagnonnage des boulangers et des patissiers, the French bakers’ network, Zang decided to make the loaves longer to make them easier for the city’s breadwomen to pluck from the big carts they pushed through the city’s streets.

Another theory has the baguette being born at the same time as the metro for the 1900 Paris Exposition.

People from across France came to work on the underground and fights would often break out on site between labourers armed with knives, which they used to slice big round loaves of bread for lunch.

According to the herodote.net history site, to avoid bloodshed, one engineer had the idea of ordering longer loaves that could be broken by hand.

In 1919, a new law aimed to improve the lives of bakers by banning them from working from 10pm to 4am.

The reform gave them less time to prepare the traditional sourdough loaf for the morning, marked the widespread transition to what was called at the time the yeast-based ‘flute’, which rose faster and was out of the oven in under half an hour.

Standardised at 30 inches and 250 grams (eight ounces) with a fixed price until 1986, the baguette was initially the mainstay of wealthy metropolitans, but after World War II became the emblem of all French people. 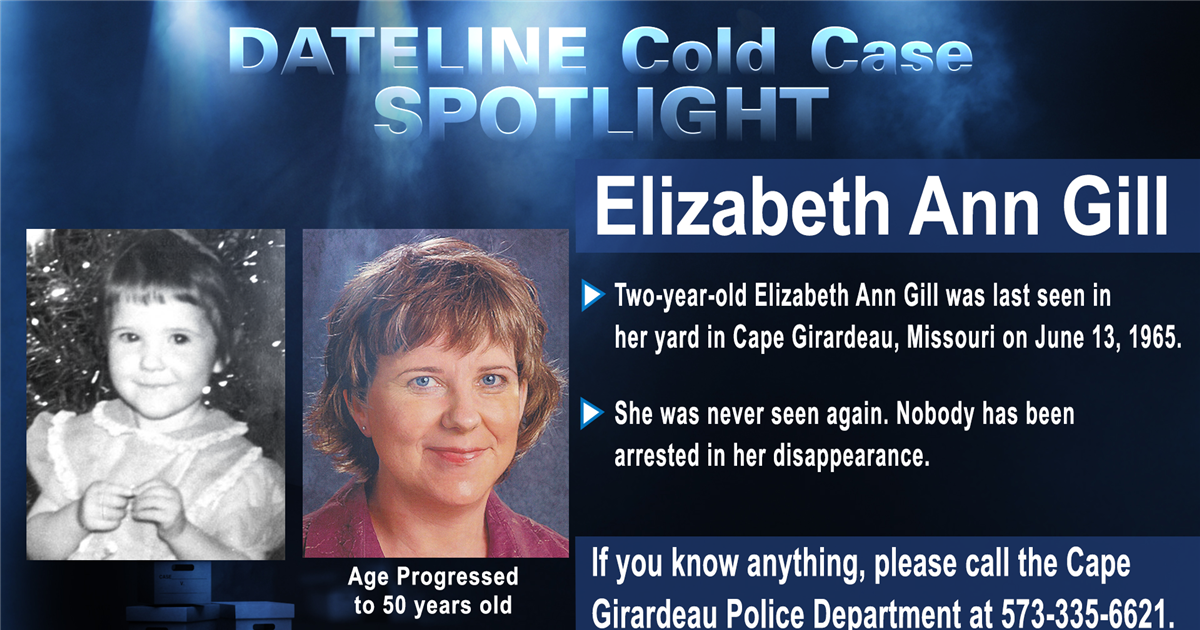 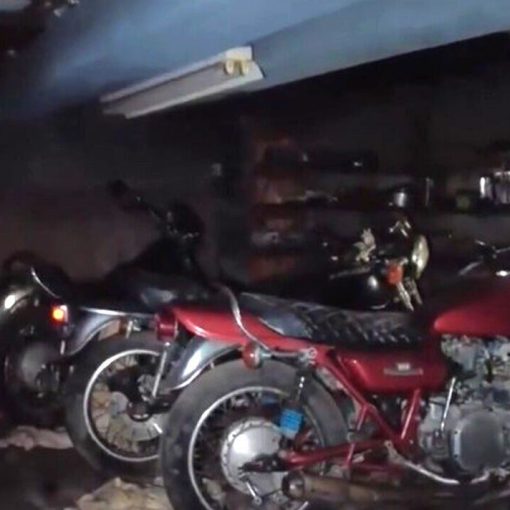 A derelict mansion containing scores of Arnold Schwarzenegger memorabilia has been discovered in central Canada, footage has shown, after being abandoned roughly […] 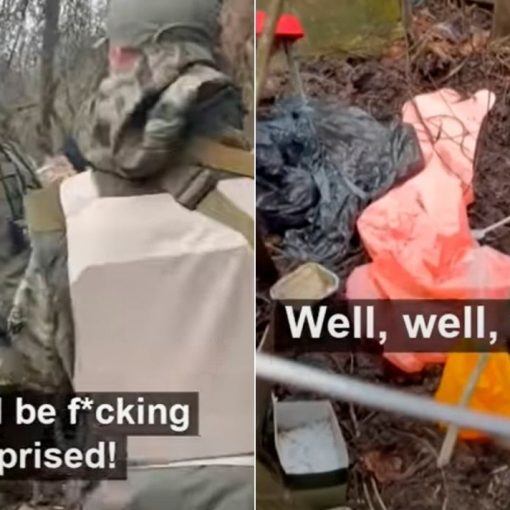 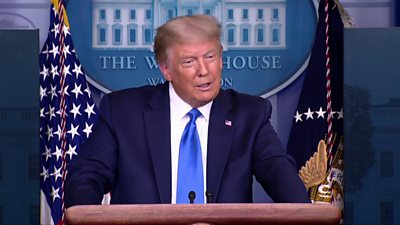 President Donald Trump spoke out after Prince Harry made remarks alongside his wife about the looming US election, that some construed as […]