President Zelensky says Ukraine MUST remove Russia from all of its territory, otherwise ‘the war is simply frozen until it resumes’ – as his forces continue to press back Putin’s troops

By Christian Oliver For Mailonline

Ukrainian President Volodymyr Zelensky has warned Moscow that they must withdraw from all occupied territories if there is to be any lasting resolution to the war.

Speaking to the Financial Times, President Zelensky said Putin’s forces must be removed from all Ukrainian land for there to be any hope of the war concluding.

‘We must return all lands,’ Mr Zelensky said, ‘because I believe that the battlefield is the way when there is no diplomacy. If you can’t get your land back entirely, the war is simply frozen. It’s a question of time before it resumes.’

The Ukrainian leader’s comments came following increased fears from Western allies that the war could escalate – particularly if Ukraine made any attempt to take back Crimea, the region illegally captured by Russia in the 2014 annexation. 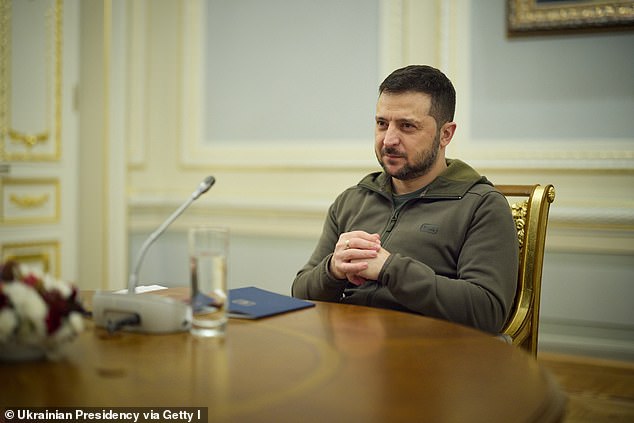 President Zelensky said Putin’s forces must be removed from all Ukrainian territory for there to be any hope of the war concluding. The Ukrainian leader is pictured on November 19

The West fears that if Ukraine sought to take back Crimea, Putin could match his threats and use nuclear weapons.

The Ukrainian president admitted that Crimea’s fate had been of increased concern to the international community, but said ‘if someone is ready to offer us a way regarding the de-occupation of Crimea by non-military means, I will only be in favour’.

Ukraine has come under an increased shellfire in recent weeks, with Putin’s forces targeting the country’s critical infrastructure in the hope of forcing Ukraine to make territorial concessions.

Mr Zelensky said he was adamant that this tactic from Russia to destroy critical infrastructure would not deter his country from liberating its own land.

Putin’s forces launched some 70 missiles at Ukraine’s key infrastructure facilities this week. Around 80 per cent of the country was plunged into darkness and left without access to water. 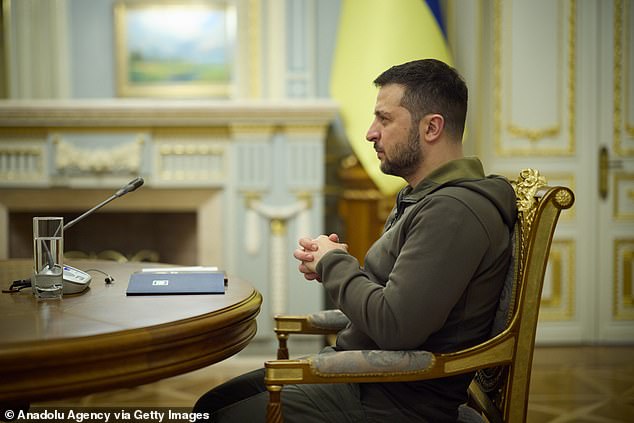 Mr Zelensky said he was adamant that the tactic from Russia to destroy infrastructure would not deter his country from liberating its own territory. Mr Zelensky is pictured earlier this week in Kyiv 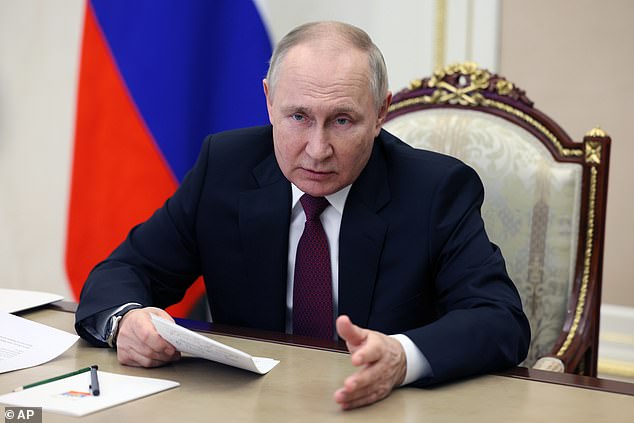 Putin’s men are not relenting as the renewed barrage of strikes on infrastructure suggests that Mocow is intent on turning the onset of winter into its weapon. The Russian president is pictured in Moscow on Thursday

Strikes on power grids left residents in the entire Kyiv region, western city of Lyiv, the northern city of Kharkiv and the southern Odesa region without electricity.

All 15 of Ukraine’s nuclear reactors were also taken offline due to unstable electricity, with the bombardment also causing blackouts across half of neighbouring Moldova.

‘It was the kind of incident that hasn’t happened for I don’t know how many years, maybe 80, 90 years: a country on the European continent where there was totally no light,’ the Ukrainian leader said.

Critically, the attacks on infrastructure have left Ukraine in short supply of transformer units to mend its decimated power network. The Financial Times reported that Ukraine was seeking spare transformer units from Poland and Lithuania.

Putin’s men are not relenting as the renewed barrage of strikes on infrastructure suggest that Mocow is intent on turning the onset of winter into its weapon.

Mr Zelensky said the attacks targeting civilian infrastructure showed that Russia has no intention of negotiating an end to the war any time soon.

But Kyiv has also pushed back on any suggestion from Western allies that it would be open to discussions and negotiations to end the now nine-month long war. 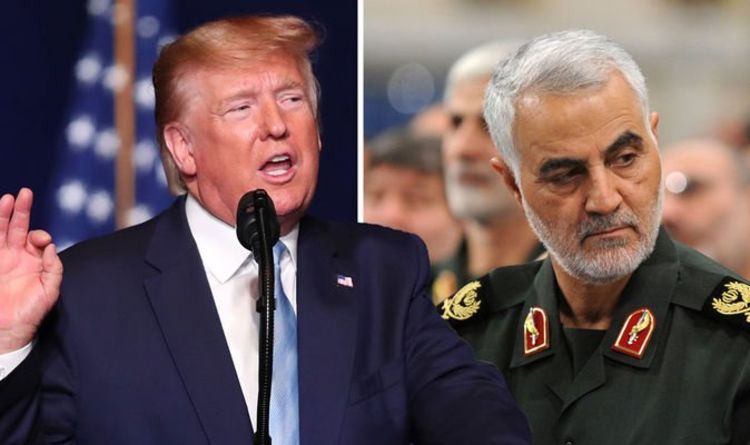 He tweeted on Saturday: “We have targeted 52 Iranian sites (representing the 52 American hostages taken by Iran many years ago), some […] 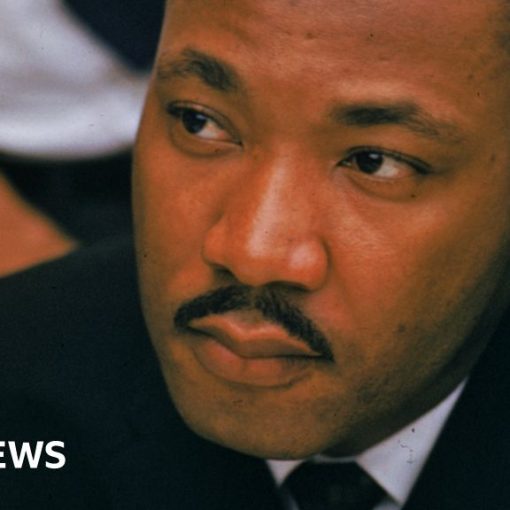