England are in full If It Ain’t Broke mode. Having beaten Iran 6-2, Gareth Southgate names the same starting XI. That means Harry Kane has passed a fitness test on that dodgy ankle, while Harry Maguire has got over the illness that truncated his contribution last Monday.

This is how Group B looks in the wake of Wales 0-2 Iran. Late, late heartbreak for Wales fans, who nevertheless gave Iran a wonderful reception as they went on a lap of honour.

England first played the USA at the World Cup in 1950. As every schoolchild knows, it didn’t go well for them.

It didn’t go particularly well for them in 2010 either. Poor Rob.

Third time lucky? A win tonight for Gareth Southgate’s side will secure qualification for the knockout stage, and top spot in Group B. Hopes are high after that 6-2 rout of Iran. The USMNT’s unremarkable 1-1 draw with Wales isn’t quite so inspiring, but those two aforementioned World Cup meetings will give them succour, even if they’ve not beaten the English since the days of Graham Taylor. Kick-off is at 7pm GMT, 2pm ET and 10pm at the Al-Bayt Stadium in Al Khor. انه يحدث! It’s on! 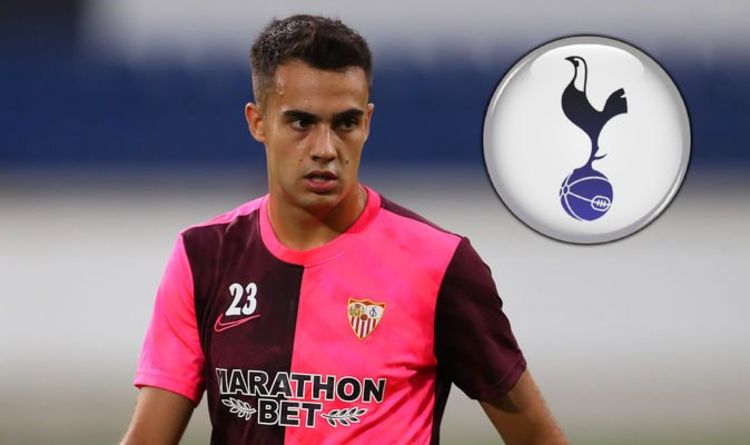 Tottenham could announce the signing of Real Madrid left-back Sergio Reguilon on Thursday having beaten Manchester United to a £27million deal. The […]

Kostas Tsimikas spent his first season at Liverpool out in the cold but now, after a fine pre-season and with Andy Robertson […]

That is the view of Sky Sports pundit and ex-England defender Stuart Pearce. Liverpool’s defence, in particular centre-back Dejan Lovren, has come […]