By Reuters and Jake Fenner For Dailymail.Com

Philadelphia Phillies star Bryce Harper underwent Tommy John surgery on his right elbow on Wednesday and might not return until close to the All-Star break, the team said.

The Phillies said Harper may be able to throw well enough to play right field near the end of the regular season.

Harper required the surgery to repair the torn ulnar collateral ligament in his throwing arm. The injury prevented him from playing right field for most of last season and he made 90 of his 99 regular-season appearances as the designated hitter. 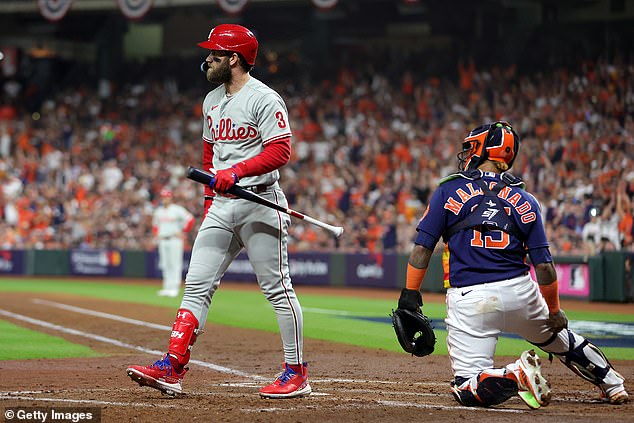 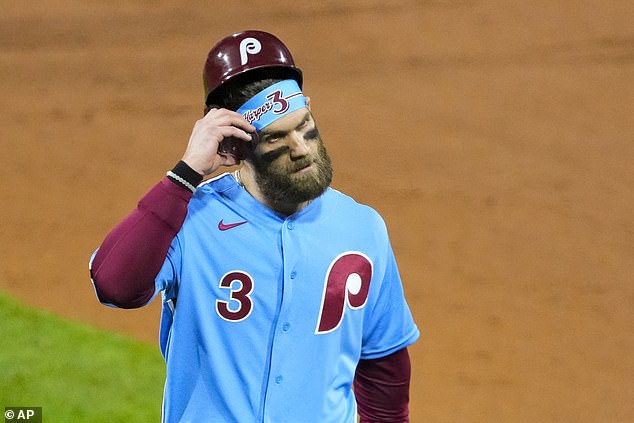 In the postseason, Harper batted .349 with six homers & 13 RBIs but fell to the Houston Astros

The surgery was performed by Dr. Neal ElAttrache, who routinely informs players of two options when conducting a repair. He will either do a full ligament reconstruction (Tommy John) or a lesser procedure.

When Angels star Shohei Ohtani underwent Tommy John surgery in October of 2018, he was able to return as a designated hitter seven months later, but he didn’t pitch at all during the 2019 season.

Harper, 30, was unable to throw the ball after mid-April of last season. He hurt his elbow on April 11 as he made a throw to home plate in a game against the New York Mets and soon after converted to the DH role when an MRI showed a strain in the muscles and tendons where the elbow and forearm meet. 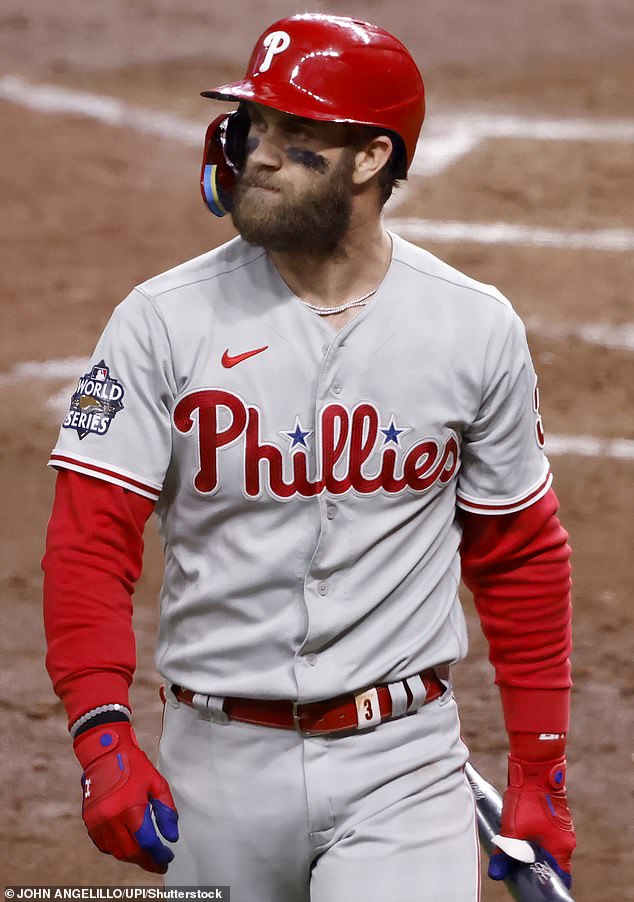 Despite the injuries, Harper hit .286 with 18 home runs and 65 RBIs for the Phillies, who lost to the Houston Astros in the World Series in six games. In 17 postseason games, he batted .349 with six homers and 13 RBIs. 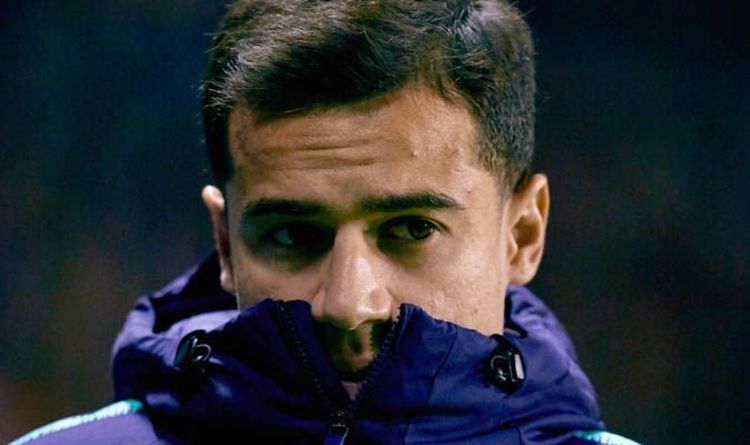 Philippe Coutinho has struggled at Barcelona this season, scoring just six times across all competitions. The former Liverpool star, who signed for […]

This was a day of few surprises but much activity. Jofra Archer took some wickets, six of them, to confirm his brilliant […] 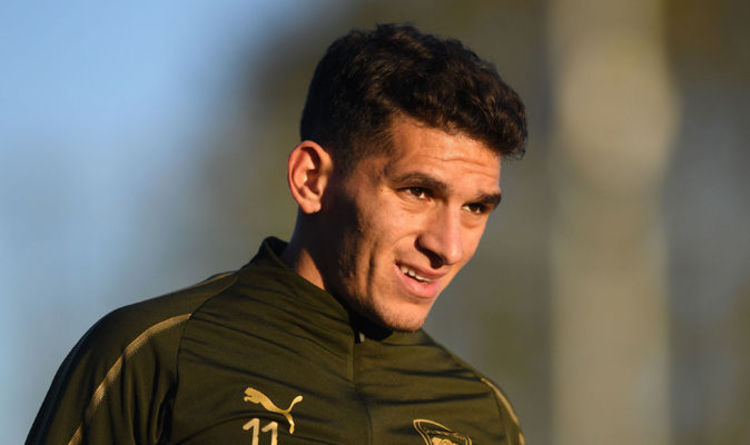 The Uruguayan has been widely hailed for his impressive form since joining from Sampdoria for £26.4million in the summer. Torreira has become […]