On Wednesday, the Food and Drug Administration completed its first premarket assessment of Upside Foods, which grows meat from cells rather than slaughtered animals. It concluded that it had “no further questions” about the safety of how the company produces its chicken. Although Upside Foods still requires approvals from the Department of Agriculture before it can sell its chicken products in restaurants and supermarkets, it’s a monumental leap forward in creating a more ethical and healthy form of meat.

What these critics fail to realize is that there’s nothing “natural” about the vast majority of the meat already eaten in the U.S.

Not everyone, of course, is cheering for chickenless chicken. Cell-cultured meat has been the subject of suspicion from organizations working to protect human health, and even with the FDA’s preliminary approval, some remain unconvinced. For example, the Center for Food Safety called the FDA’s assessment “grossly inadequate” in a news release and called for “more research and more transparent data” before determining whether cell-cultured meat is safe for human consumption.

And some members of the general public, too, are squeamish about cell-cultured meat. Public opinion surveys have found that consumers, especially older and less educated shoppers,  hesitate to accept cell-cultured meat as a viable food option.

Caution isn’t necessarily a bad thing, but these critiques of cell-cultured meat are just thinly  disguised neophobia — people just feel it is “unnatural.” Cell-cultured meat indeed comes from labs, not farms. But what these critics fail to realize is that there’s nothing “natural” about the vast majority of the meat already eaten in the U.S.

For starters, according to an analysis of the USDA Census of Agriculture data done by Sentience Institute, 99% of animals raised for food live in factory farms. On these farms, livestock is given small doses of antibiotics regularly as a pre-emptive measure against illnesses. This is because the animals are crammed together so tightly that infections spread quickly from one to another.

Then there’s the fact that these animals eat an abnormal diet. Cows, for example, see less grass than they used to; instead, they are fed corn in feedlots, where they are fattened up before being sent to slaughter.

Even the animals themselves are drastically different from what our grandparents ate growing up: the chickens, cows, pigs and even the fish we eat today are the product of intense genetic engineering. As many prepare to eat turkey for Thanksgiving on Thursday, consider that the birds are not only selectively bred and larger than their wild ancestors, but they can no longer mate on their own, relying on artificial insemination to exist.

It’s hard to argue that there’s anything “natural” about the pharmaceutical-filled, corn-fed, genetically manipulated and artificially inseminated animals raised on the average farm today.

To no one’s surprise, cell-cultured meat also faces criticism from some animal rights activists, albeit for a very different reason: because cell cultivation requires starter cells taken from actual animals, cell-cultured meat isn’t completely cruelty-free. There’s truth to this. Fetal bovine serum (FBS), extracted from unborn cow fetuses after the mother is slaughtered is used by many companies at the forefront of cell-cultured meat experimentation. Upside Foods uses a small amount of FBS early in production to sustain cell growth and viability, as well as chicken cells extracted from the muscle and fertilized eggs of actual chickens.

But the process that Upside Foods and many of its cohorts in the industry currently use is still vastly kinder to animals than traditional livestock production and slaughter. While FBS is harvested from slaughtered animals, extraction from the muscle or a fertilized egg is analogous to a biopsy — perhaps mildly unpleasant for the animal but hardly comparable to the abuse and mutilation farmed animals experience.

Furthermore, according to the company’s website, its process of establishing a cell line from a biopsy can produce enough meat “for years — if not decades — to come, reducing the need to take additional cell samples from animals.”

Given that cell-cultured meat at scale could reduce the number of animals confined and slaughtered from billions each year to just a fraction of that, there’s an ethical imperative to make the switch.

Still, others argue that in order to improve human health, people need to cut back on meat altogether and eat more whole, plant-based foods. These health-conscious critics point out that the average American ate about 225 pounds of meat in 2021 — the highest in recorded history. Plus, according to the Centers for Disease Control and Prevention, only 1 in 10 Americans get the recommended amount of fruits and vegetables in their diet.

It’s true that people would reduce their risk of diet-related illnesses like heart disease, certain types of cancers, diabetes and obesity if they switched from eating bacon and wings to apples and kale. The reality, however, is that people don’t want to. Public health authorities have been advising citizens for decades to cut back on meat and to eat more fruits, vegetables, whole grains and legumes. I even founded a nonprofit organization, Reducetarian Foundation, with exactly that goal in mind.

But I’ve accepted that taste preferences, habits and cultural traditions are nearly impossible to overcome. If they weren’t, and consumers made purely rational food choices based on health, salads would be the classic American dish — not burgers. Given that there are other public health benefits to ending factory farming, like reducing air and water pollution as well as antibiotic resistance and zoonotic disease — health advocates should do no harm by supporting cell-cultured meat.

And with time, cell-cultured meat may become nutritionally superior to meat from slaughtered animals anyway. As a group of scientists noted in a 2022 paper, “Control over cell biology… allows for the fine tuning of nutritional properties to improve human health, where muscle and fat cells can be engineered to produce vital nutrients such as anti-oxidative carotenoids that would otherwise not be found (or only at low concentrations) in conventional meat.”

As with any new technology, the trajectory of cell-cultured meat is likely to face a number of obstacles. But at the end of the day, many of the critiques are weak, illogical or just naive. No, cell-cultured meat, as we currently know it, isn’t perfect. But since it could save billions of animals from suffering and even improve public health, it’s well worth a shot. 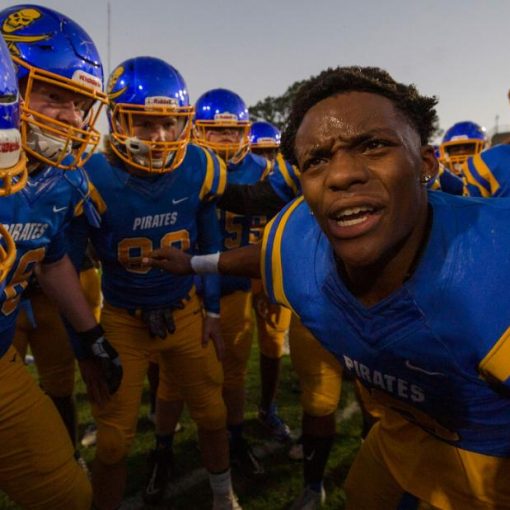 Brunswick High’s Chuckobe Hill gets his team ready to take the field prior to their final regular season home game. Brunswick, Georgia […] 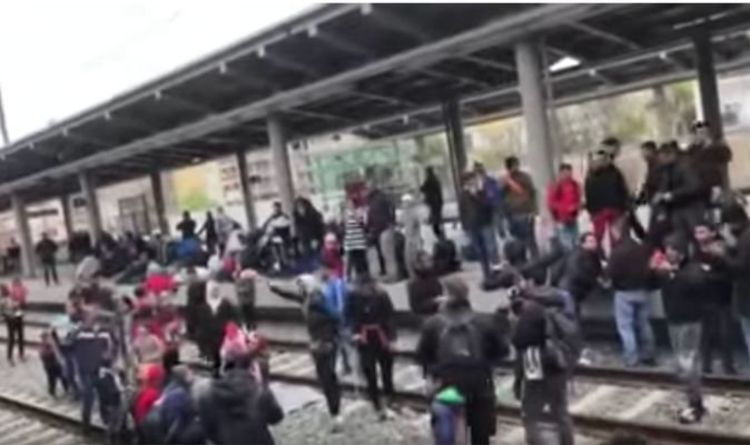 About 150 migrants have squatted on the tracks of the capital’s main railway station shouting “Germany!” and “Open the borders”, demanding to […]

Foreign Secretary Boris Johnson was yesterday criticised for failing to intervene in the British overseas territory. In the Commons yesterday, junior Foreign […] 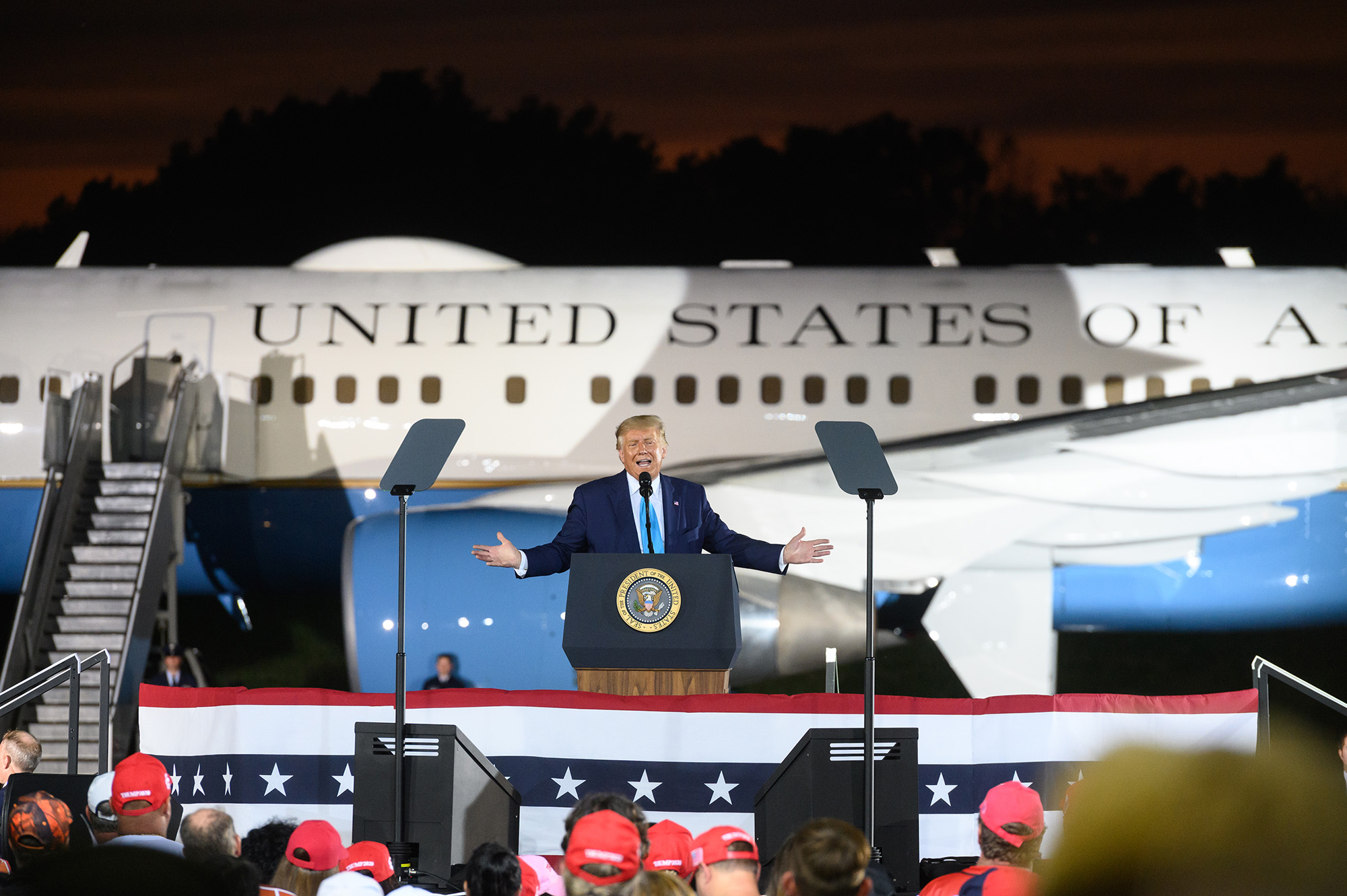