If it were not for the war, Ukrainian children would have crowded the squares, parks and streets thisweek to play in the first snow of winter. If one of the most brutal conflicts of the last 50 years hadn’t been raging, Kateryna Sliusarchuk, 71, a resident of Kherson, would have taken advantage of the cold to prepare pyrizhky, typical baked, boat-shaped Ukrainian buns with a variety of fillings, and enjoyed them with her grandchildren.

But this will not be a season like any other. The first snow to dust the streets of Kyiv, last Thursday, marked the beginning of what is expected to be the hardest winter in the country’s history. The Ukrainian cold is coming and with it a nightmare for millions as they face it without electricity, water or heating.

In recent weeks, Russia, in an attempt to force Ukraine to negotiate a peace, has been trying to destroy the country’s energy infrastructure with a series of mass strikes. No energy system in the world has been subjected to such powerful airstrikes, and now a long period of blackouts is threatened.

“I have already started using the burzhuika,” says Kateryna, referring to Ukraine’s traditional homemade welded metal stove, as temperatures in Kherson dropped close to zero. “Of course, I’ll have to wave my arms around and look for wood every day to protect myself from the cold. And it won’t be easy at my age.”

After celebrating the city’s liberation from Russia, the people of Kherson have already started gathering wood – not a simple task in a war-torn country – in preparation for a hard winter. Ukrainian authorities have warned citizens not to head into the woods without consulting the military, because Russian troops may have left behind mines, tripwires and unexploded shells. But with the price of firewood rising, many have no choice but to take the risk. If a mine doesn’t kill them, the cold might.

The World Health Organization last week did not mince words: “The destruction of houses and lack of access to fuel or electricity due to damaged infrastructure could become a matter of life or death.”

While people living in houses in Kherson can burn wood – if they can get it – those who live in flats often rely on old Soviet centralised heating systems. The Russians have bombed many of the country’s thermal power plants, which used to pump hot water into the flats’ radiators.

Olesia Kokorina, 60, lives on the eighth floor of a grey Soviet-era block on the outskirts of Kherson. Like many, she’s living without light, running water or electricity.

“It’s hard to carry water up the stairs to the top of the building,” she told the Observer. “But I don’t want to leave, because my flat will get looted. As for the heating, I don’t really have a solution. I hope they fix the problem soon, because at night the temperatures have started to drop significantly.”

As Kokorina speaks, distant gunfire can be heard. The frontline is less than a mile away and heavy fighting continues. Residents know the city’s future depends on the ongoing battle on the other side of the Dnipro: the region’s second power station is over there, in Russian-controlled territory and not functioning. As long as they remain in Moscow’s hands, hopes of restoring electricity, heat and water to the city are distant.

“There isn’t any water or gas,” says Iryna Gololobova, 55. “Local authorities are promising us that as soon as they are able to they’ll turn the heating on. But who knows? They say the heating station needs generators and later they’ll turn on the power for a few hours a day. Better than nothing.”

But the coming cold is a problem not just for Ukrainians. As temperatures drop, it will become increasingly difficult for the poorly equipped Russian army to move equipment through mud, snow and ice. In the windswept steppes of the Donbas, temperatures can drop to -30C.

According to US officials, the Kremlin’s decision to pull out of Kherson was based in part on concerns that its soldiers would “be cut off from supplies as winter set in”.

The Ukrainian army said their soldiers had been issued with sleeping bags that are supposed to be good in up to -30C and special underwear and “tactical socks” to help them avoid trench foot – damage caused by prolonged exposure to damp and cold which was common during the first world war.

Ukraine’s president, Volodymyr Zelenskiy, has long known that the cold is one of the biggest obstacles in this war. Even at the end of August, he was warning the population about “difficult times ahead”.

Four days ago Zelenskiy was even clearer in a conversation with journalists. “If we survive this winter, and we will, Ukraine will definitely win this war,” he said. 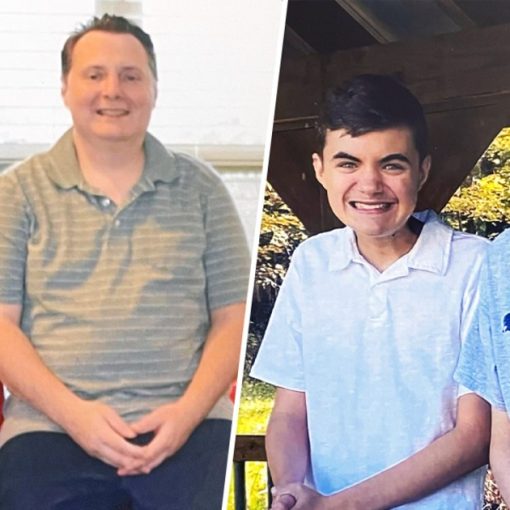 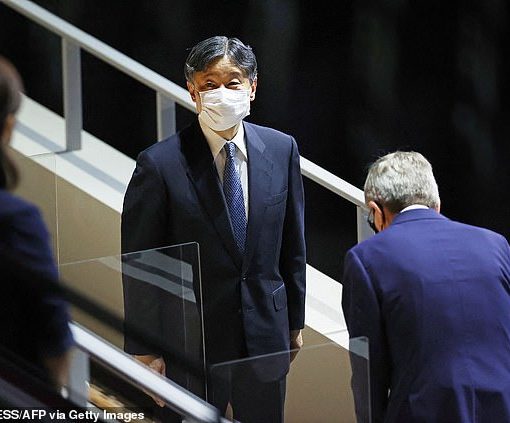 Japan has ruled out allowing women to ascend to the throne, amid a looming succession crisis in the country’s shrinking imperial family.   […]

Silhouette of a mobile user seen next to a screen projection of the Apple logo in this picture illustration taken March 28, […]