Massive power outages were reported across Moldova on Tuesday after Russia launched a missile blitz against Ukraine’s energy infrastructure.

The strikes downed a key power line that supplies the small nation, an official said.

‘Following Russia’s bombardment against the Ukrainian energy system in the last hour, one of the power lines that ensures the transport of electricity for our country has been disconnected,’ Infrastructure Minister Andrei Spinu said in a statement.

‘This has led to massive power outages across the country.’

Spinu noted that the downed power lines ‘were not damaged, but were automatically disconnected as a safety measure’ and added that the supplier, Moldelectrica, is working to restore power.

Moldovan citizens would be updated on the matter, he said. Moldova is not a member of the European Union. 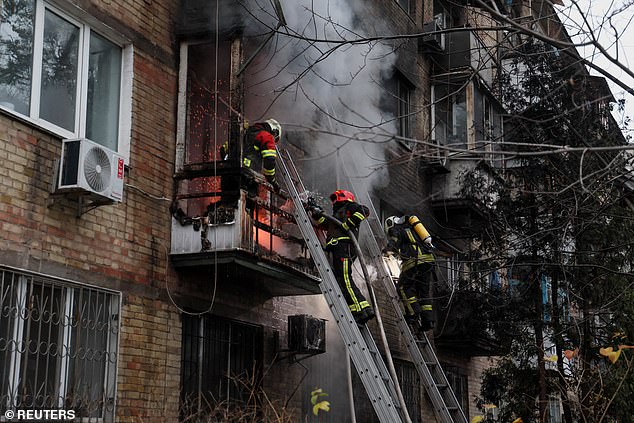 Pictured: Firefighters work to put out a fire in a residential building hit by a Russian missile strike, amid Russia’s attack on Ukraine, in Kyiv. Massive power outages were reported across Moldova on Tuesday after the Russian missile blitz

The outage was caused by Russia unleashing one of its largest missile barrages to date against Ukraine today, leaving the country’s energy network ‘critical’ with rolling blackouts.

More than 100 rockets were fired at cities across the country, hitting civilian buildings and power stations, the air force said.

The bombardment left half of Kyiv, where at least one civilian died, and the whole city of Zhytomyr without power.

Strikes were also reported in Lviv, which was said to be in a partial blackout, with Kharkiv, Vinnytsia, Rivne, Odesa, Zaporizhzhia, Chernihiv, Khmelnytskyi, and Ivano-Frankivsk also targeted – though the situation in those cities was less clear.

It came just hours after Ukrainian president Volodymyr Zelensky – speaking via videolink from Kyiv – told world leaders at the G20 Bali summit that he is ready to end the war provided Russia withdraws its troops from areas it currently occupies.

Russian foreign minister Sergei Lavrov – speaking later at the summit in Indonesia – accused the West of waging ‘hybrid war’ in Ukraine and Kyiv of ‘prolonging’ the conflict, without mentioning Russia’s own involvement in the fighting.

The power outages in Moldova came after the weekend saw protesters take to the streets of the country’s capital to express their dismay over alleged government failings amid an acute winter energy crisis and skyrocketing inflation. 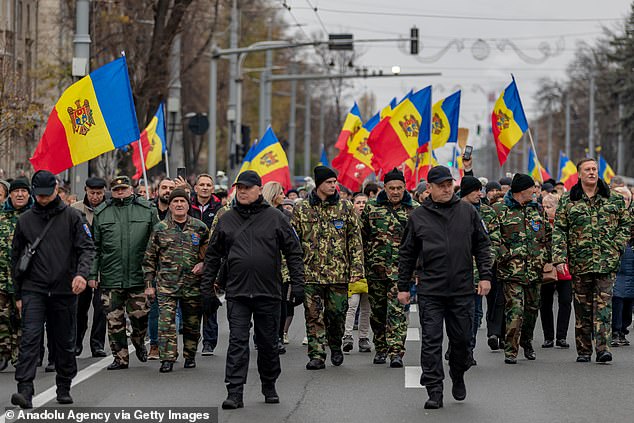 Pictured: Men wearing military attire march ahead of the protestors during an anti-Gov protest calling Moldova’s pro-Western leaders to leave the high office marched through the ex-Soviet state’s capital for the ninth consecutive Sunday, November 13, 2022

The protesters converged in the capital, Chisinau, and chanted slogans as they marched toward the Constitutional Court. They called for an early election and the resignation of Moldova’s pro-Western President Maia Sandu.

Moldova, a former Soviet republic sandwiched between Romania and Ukraine with 2.6 million people, has taken a distinctly Western-oriented path over the last year.

But in the past two months, a series of protests initiated by the populist Shor Party have rocked the country. The Shor Party’s leader, Ilan Shor, is a Moldovan oligarch currently in exile in Israel. He is implicated in a $1 billion bank theft and was recently named on a U.S. State Department sanctions list as working for Russian interests.

This is a breaking news story. More to follow… 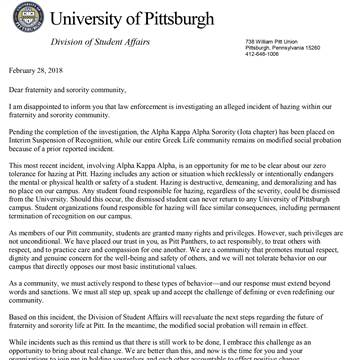 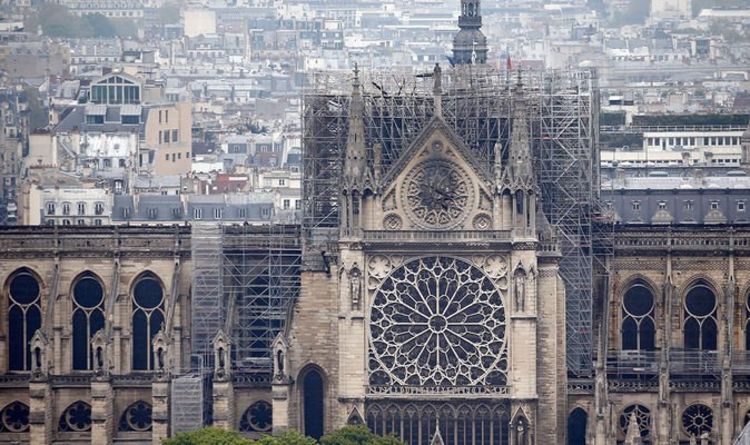 Notre Dame Cathedral was ravaged by a devastating fire on April 15, which, within just hours, destroyed its iconic spire and its […] 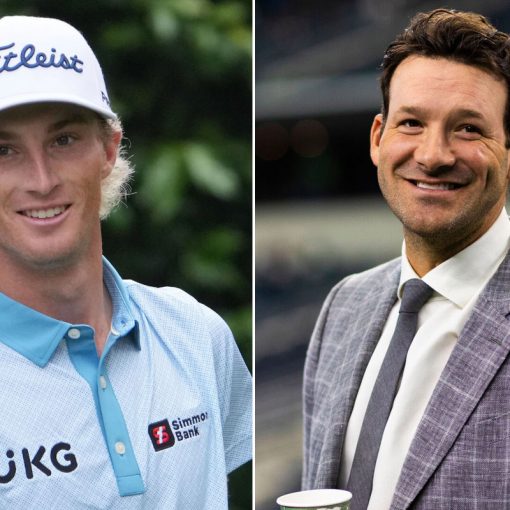 AUGUSTA, Ga. — Tony Romo was nervous. It was two hours before Will Zalatoris — not only playing in his first Masters […]