Casey Anthony, possibly the most reviled woman in America, will be telling her side of the story — such as it is — in a three-part documentary series set to stream on Peacock.

Don’t believe it? Check out the trailer, Casey Anthony in full hair and make-up, ready for her close-up, reveling in another 15 minutes of — what exactly? Fame? Infamy? The white-hot hatred of the general public?

Unless Casey Anthony is finally confessing to murdering her two-year-old daughter Caylee, or at least depraved indifference to human life — and those chances are slim to none — this series is indefensible, and whoever gave the green light should be fired. Peacock should make sure it never sees the light of day.

Not since O. J. Simpson has a jury gotten a not guilty verdict so wrong.

For those who have forgotten the details, or are too young to remember: In June 2008, little Caylee Anthony disappeared, last seen leaving her grandparents’ Orlando home with Casey, then a young single mom.

Thirty-one days went by before the toddler was finally reported missing by Casey’s mother Cindy, who told a 911 operator that ‘My granddaughter has been taken — she has been missing for a month,’ and that her daughter Casey had lied about the child’s whereabouts.

‘I found [Casey’s] car today,’ Cindy told the operator, ‘and it smells like there’s been a dead body in the damn car.’

According to Casey’s then-boyfriend — from Caylee vanishing, last seen with her mother, until that 911 call — Casey Anthony, then 22, kept herself quite busy. She partied constantly.

She got a tattoo reading ‘La Bella Vita’ — the beautiful life — on her back. She entered a ‘Hot Body’ contest at a local nightclub.

During the time Caylee was missing, her boyfriend and his roommates testified that Casey never seemed the least bit upset. She went shopping at Target and Ikea. She bought beer. She went to a Fourth of July party and barely mentioned her child. 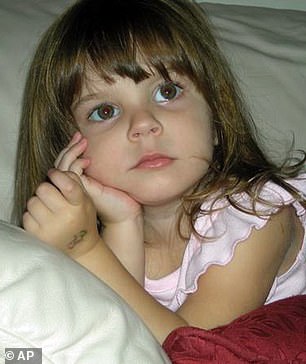 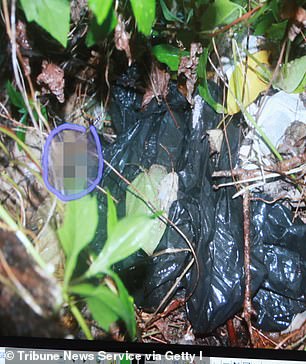 During the time Caylee (above, left) was missing, according to Casey’s then-boyfriend and his roommates, Casey never seemed the least bit upset.  (Right) Caylee’s remains were eventually found in a trash bag on December 11, 2008

‘Having a grand old time,’ her then-boyfriend Tony Lazzaro testified.

‘She was partying and having a good time — drinking, dancing,’ Lazzaro’s roommate Roy House testified. ‘She seemed like a fun party girl.’

When police began investigating Caylee’s disappearance, Casey Anthony told lie after lie. First, she told police that Caylee had been taken by her Hispanic nanny, a woman Casey identified as Zenaida Gonzalez — but Gonzalez told authorities she had never met Casey or Caylee. The address Casey gave detectives for Gonzalez was a fake, and investigators learned the girl didn’t have a nanny.

Casey also told investigators that she worked at Universal Studios and took them on a 25-minute walk around the offices until giving up and admitting that she had no office there. In fact, she told the police she had been fired two years before but pretended to go to work there still, duping her friends and family.

She also said she told two people her daughter was missing — two people she was found to have made up. And Casey lied about Caylee, who had just turned three, calling her on the phone after going missing.

If that last part makes no sense to you, that’s understandable — because it makes no sense. Yes, Casey Anthony claimed her daughter, who had just turned three, called her on the phone.

There was zero evidence that Casey Anthony had done anything — one single thing — to search for her toddler in all that time. No wonder America came to one conclusion: Casey Anthony was a psychopathic narcissist who found motherhood an impediment to partying, the only one with the means, motive and opportunity to want Caylee dead.

On December 11, 2008, Caylee’s remains were discovered in a wooded area just one-quarter mile from Casey’s parents’ house. Her body had been stuffed in a trash bag and partially eaten by wild animals. She had been wearing a T-shirt that read, in part, BIG TROUBLE. Duct tape was found around Caylee’s nose and mouth, tight enough to have kept her lower jaw from post-mortem decomposition; by that point, it should have been detached from her skull.

According to police reports, whoever wrapped the duct tape around Caylee’s nose and mouth also placed a heart-shaped sticker on top of it — suggesting to me that the killer was known to the child and close to the child. Also found with Caylee were a pair of pull-up diapers and a Winnie the Pooh blanket.

A forensic expert testified that evidence showed Caylee’s body had been in the trunk of Casey’s car, a white Pontiac Sunfire, for several days. That car was found abandoned in a parking lot on June 24, 2008. Both Casey’s father and the tow-truck company’s manager testified to the strong stench of human decomposition coming from the trunk.

In a reexamination of the case, famed O.J. prosecutor Marcia Clark noted that a search history on the Anthony family computer allegedly included one for ‘foolproof suffocation,’ according to a book written by Anthony’s defense attorney, Jose Baez.

Clark claims the date and time of that search occurred when Casey was home alone and that she attempted to delete it after police initially questioned her. Baez says Casey’s father, Caylee’s grandfather, did the search. 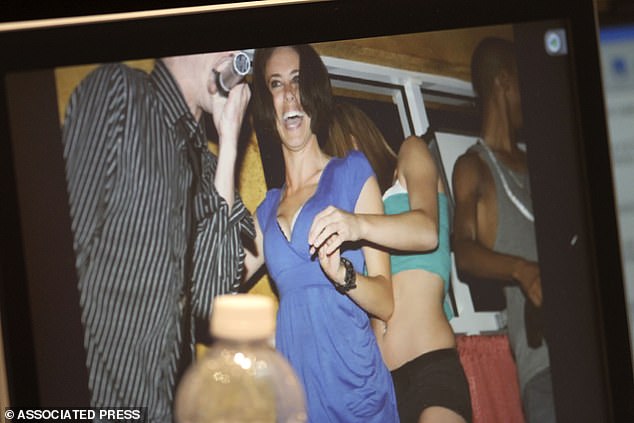 She entered a ‘Hot Body’ contest at a local nightclub. (Above) A photo entered into evidence at her murder trial shows Casey Anthony at a contest at Fusion nightclub in Orlando 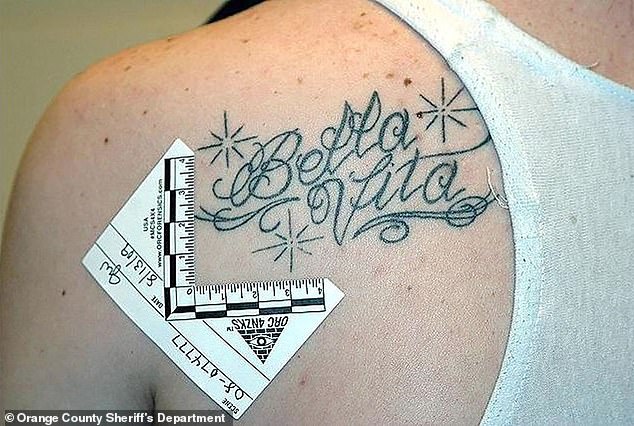 She got a tattoo reading ‘La Bella Vita’ — the beautiful life — on her back. (Above) Picture of Anthony’s tatoo was introduced as evidence in her murder trial

The defense argued that Caylee accidentally drowned in her grandparents’ pool — a theory that, frankly, felt sloppy and a little too convenient. Yet after nearly three months of testimony, a jury found Casey Anthony not guilty of first-degree murder, aggravated child abuse and aggravated manslaughter.

To judge by the outrage this doc has already generated, few people believe Casey Anthony isn’t guilty, myself included. Why? Because this woman showed fear and tears only at trial, and only then — in my opinion — for herself. Not for her child, who died a horrible death and was tossed along the roadside like trash.

And to state the obvious: If it really was an accidental drowning, why wouldn’t her mother call 911? How could she spend the next month partying with abandon — like she had her freedom back, literally not a care or responsibility in the world?

Last year, one of the jurors, who still prefers to remain anonymous, told People magazine of his deep regret. That verdict ‘haunts me to this day,’ he said. ‘I didn’t know what the hell I was doing, and I didn’t stand up for what I believed in at the time.’

The only thing to be learned from this case is in law school: How the prosecution can bungle a slam dunk, and how a scrappy defense team (albeit one aided by a six-figure check from ABC News, which purchased pictures from Anthony) can win the seemingly unwinnable.

Other than that, there is nothing of value here. There is nothing illuminating or edifying about Casey Anthony. Unlike O. J.’s, this case doesn’t tell us anything about larger issues: race, socioeconomics, celebrity, the legal system. 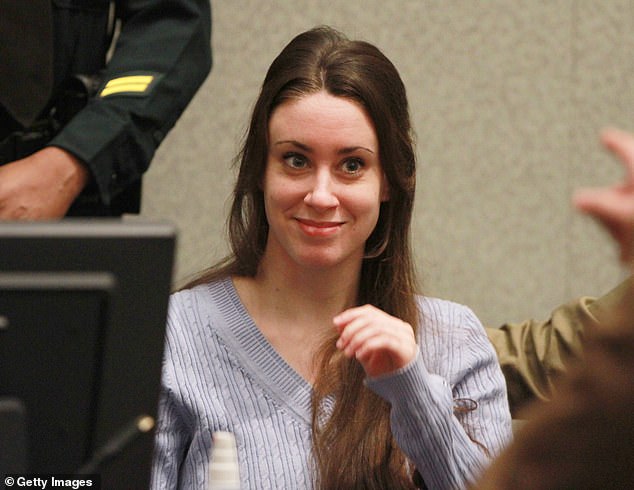 The defense argued that Caylee accidentally drowned in her grandparents’ pool — a theory that, frankly, felt sloppy and a little too convenient.

And while true crime has exploded in the last decade, that doesn’t mean we shouldn’t be careful about which cases we re-explore and why, and whether they honor the only people who matter: The victims and their families.

There is, however, one worthy O.J. parallel here: In November 2006, after HarperCollins announced it was publishing a book by O. J. Simpson called ‘If I Did It’ — in which he explained how he would have murdered his ex-wife and her friend Ron Goldman while maintaining his innocence — the public backlash was so swift and vociferous that the book was scrapped.

Its editor, the then-very powerful Judith Regan, was fired. The publisher pulped all 400,000 copies. Regan’s namesake imprint, ReganBooks, was folded, and she never regained her iconic status in the industry.

The book’s copyright was given to Goldman’s estate by the courts. Ron’s sister Kim wrote an introduction and the late Dominic Dunne, who covered the trial extensively for Vanity Fair and believed in Simpson’s guilt, wrote the afterword.

At least here we saw a true attempt to atone for that egregious, cynical mistake.

As for this documentary, only Peacock execs and these filmmakers know what is and isn’t in it. But anything short of a confession is reason enough to pull it. That’s the only right and decent call.

Casey Anthony doesn’t deserve a platform. She doesn’t deserve to make money off this case, or attempt some kind of reputational rehabilitation, or receive the faintest acknowledgement in the public square.

As the monster herself told the Associated Press in 2017: ‘I don’t give a s**t what anyone thinks about me. I never will. I’m okay with myself. I sleep pretty good at night.’ 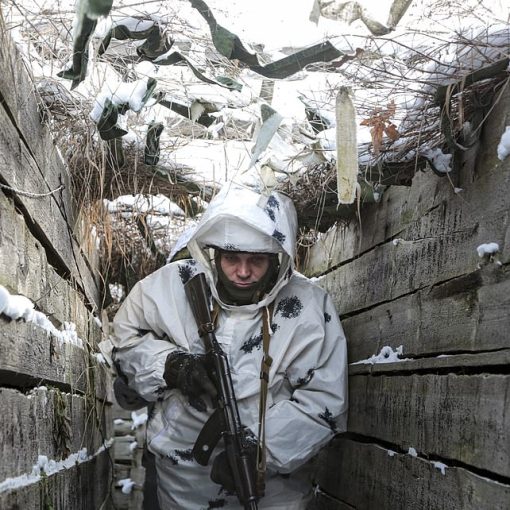 Dec 15 (Reuters) – Amazon.com Inc (AMZN.O) said on Wednesday it had recovered from a brief outage at its Amazon Web Services […] 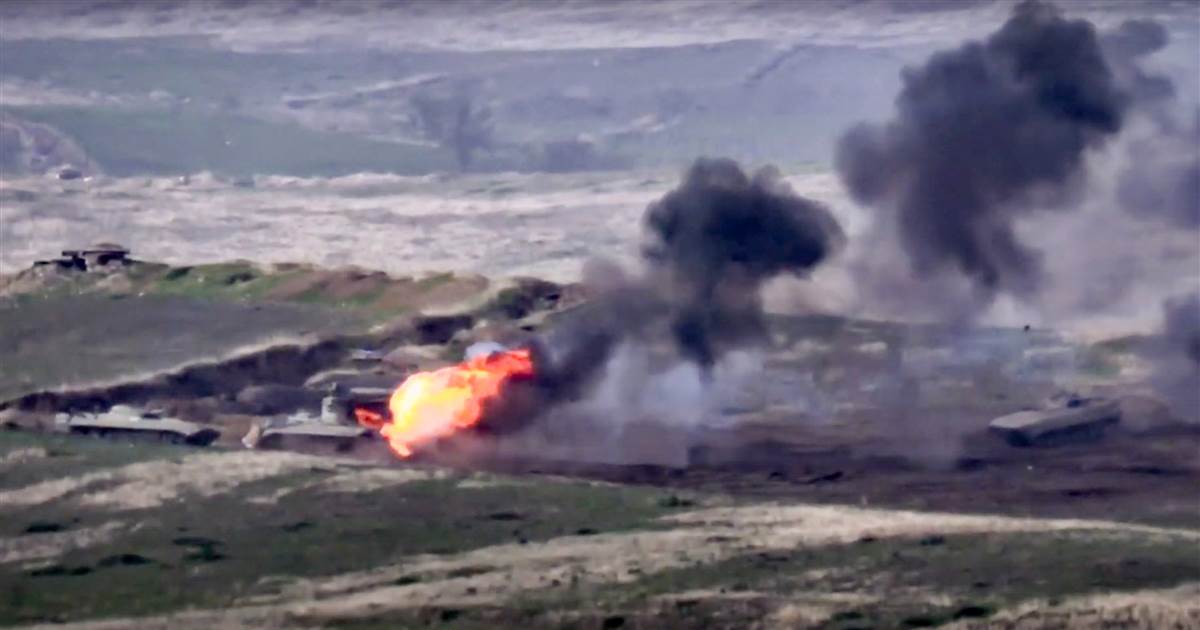