One of the global consequences of Russia’s war on its neighbour has been food shortages and a cost of living crisis in many countries, and a deal brokered by the United Nations and Turkey on July 22 had provided safe passage for vessels carrying grain and other fertiliser exports.

Russia withdrew from the accord over the weekend, saying it could not guarantee safety for civilian ships because of an attack on its Black Sea fleet.

In a late Tuesday night video address, Zelenskiy said ships were still moving out of Ukrainian ports with cargoes thanks to the work of Turkey and the United Nations.

“But a reliable and long-term defence is needed for the grain corridor,” Zelenskiy said.

“Russia must clearly be made aware that it will receive a tough response from the world to any steps to disrupt our food exports,” Zelenskiy said. “At issue here clearly are the lives of tens of millions of people.”

The grains deal aimed to help avert famine in poorer countries by injecting more wheat, sunflower oil and fertilizer into world markets and to ease a dramatic rise in prices. It targeted the pre-war level of 5 million metric tonnes exported from Ukraine each month.

The U.N. coordinator for grain and fertiliser exports under the accord said on Twitter on Tuesday that he expects loaded ships to leave Ukrainian ports on Thursday. Ukrainian Infrastructure Minister Oleksandr Kubrakov said on Twitter that eight vessels were expected to pass through the corridor on Thursday.

Having spoken to his Russian counterpart twice in as many days, Turkish Defence Minister Hulusi Akar hoped the deal would continue, adding that he expected a response from Russia “today and tomorrow”.

Russia fired missiles at Ukrainian cities including the capital Kyiv in what President Vladimir Putin called retaliation for an attack on Russia’s Black Sea Fleet over the weekend. Ukraine said it shot most of those missiles down, but some had hit power stations, knocking out electricity and water supplies.

Authorities in Kyiv were preparing more than 1,000 heating points throughout the city in case its district heating system is disabled, Mayor Vitali Klitschko said.

[1/7] Commercial vessels including vessels which are part of Black Sea grain deal wait to pass the Bosphorus strait off the shores of Yenikapi during a misty morning in Istanbul, Turkey, October 31, 2022. REUTERS/Umit Bektas

The United States denounced the attacks, saying about 100 missiles had been fired on Monday and Tuesday targeting water and energy supplies.

Russia told civilians on Tuesday to leave an area along the eastern bank of the Dnipro River in the Ukrainian province of Kherson, a major extension of an evacuation order that Kyiv says amounts to the forced depopulation of occupied territory.

Russia had previously ordered civilians out of a pocket it controls on the west bank of the river, where Ukrainian forces have been advancing for weeks with the aim of capturing the city of Kherson, the first city that Russian forces took control over after invading Ukraine on Feb. 24.

Russian-installed officials said on Tuesday they were extending that order to a 15-km (9-mile) buffer zone along the east bank too. Ukraine says the evacuations include forced deportations from occupied territory, a war crime.

The mouth of the Dnipro has become one of the most consequential frontlines in the war.

Seven towns on the east bank would be evacuated, comprising the main populated settlements along that stretch of the river, Vladimir Saldo, Russian-installed head of occupied Kherson province, said in a video message.

Russian-installed authorities in the Kherson region also said an obligatory evacuation of Kakhovka district, close to the Nova Kakhovka hydroelectric station, was to begin on Nov. 6.

Moscow has accused Kyiv of planning to use a so-called “dirty bomb” to spread radiation, or to blow up a dam to flood towns and villages in Kherson province. Kyiv says accusations it would use such tactics on its own territory are absurd, but that Russia might be planning such actions itself to blame Ukraine.

In the city of Bakhmut, a target of Russia’s armed forces in their slow advance through the eastern Donetsk region, some residents were refusing to leave as fighting intensified.

“Only the strongest stayed,” said Lyubov Kovalenko, a 65-year-old retiree. “Let’s put it this way, the poor ones. Everyone is wearing whatever clothing we have left.”

Rodion Miroshnik, “ambassador” of the neighbouring Russian-occupied region of Luhansk, said Russian troops and their allies had repelled Ukrainian attacks on the towns of Kreminna and Bilohorivka.

Moscow describes its actions in Ukraine as a “special military operations to demilitarise and “denazify” its neighbour. Ukraine and Western nations have dismissed this as a baseless pretext for invasion. 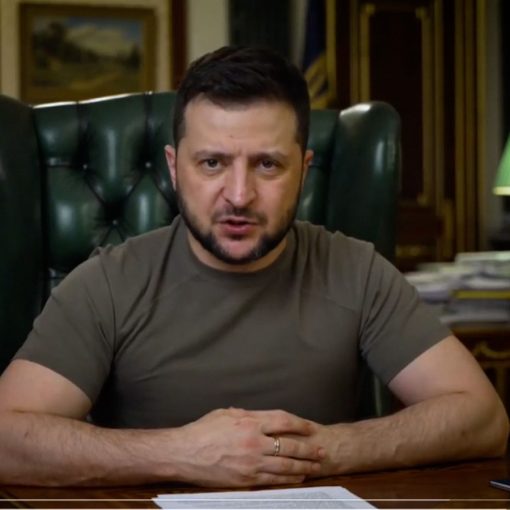 Bodies found in the town of Bucha were gathered to be buried on Monday. (Metin Aktas/Anadolu Agency/Getty Images) Ukrainian officials showed international […] 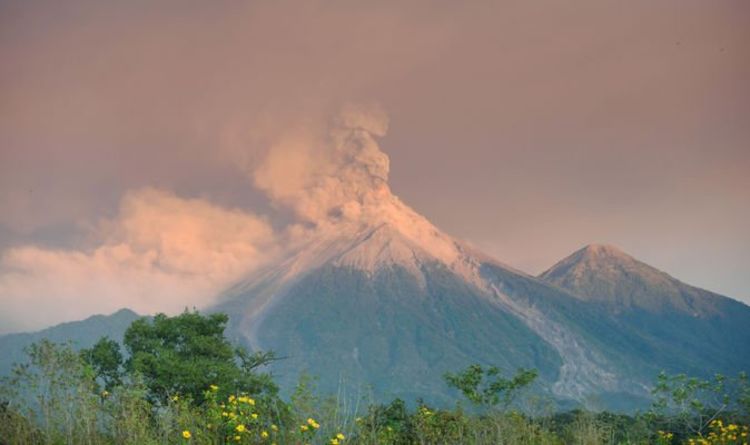 Volcanoes in Indonesia have been showing increased activity recently, according to reports from the Volcanological Survey of Indonesia (PVMBG). The area of […] U.S. President Joe Biden delivers remarks about his Build Back Better agenda and the bipartisan infrastructure deal during a speech from the […]