As a statement of intent, it was about as blunt as they get.

North Korea has developed nuclear weapons and will never give them up, its leader, Kim Jong Un, told the world last month.

The move was “irreversible,” he said; the weapons represent the “dignity, body, and absolute power of the state” and Pyongyang will continue to develop them “as long as nuclear weapons exist on Earth.”

Kim may be no stranger to colorful language, but it is worth taking his vow – which he signed into law – seriously. Bear in mind that this is a dictator who cannot be voted out of power and who generally does what he says he will do.

Bear in mind too that North Korea has staged a record number of missile launches this year – more than 20; claims it is deploying tactical nuclear weapons to field units, something CNN cannot independently confirm; and is also believed to be ready for a seventh underground nuclear test.

All this has prompted a growing number of experts to question whether now is the time to call a spade a spade and accept that North Korea is in fact a nuclear state. Doing so would entail giving up once and for all the optimistic – some might say delusional – hopes that Pyongyang’s program is somehow incomplete or that it might yet be persuaded to give it up voluntarily.

As Ankit Panda, a Stanton senior fellow in the nuclear policy program at the Carnegie Endowment for International Peace, put it: “We simply have to treat North Korea as it is, rather than as we would like it to be.”

From a purely factual point of view, North Korea has nuclear weapons, and few who follow events there closely dispute that.

A recent Nuclear Notebook column from the Bulletin of the Atomic Scientists estimated that North Korea may have produced enough fissile material to build between 45 and 55 nuclear weapons. What’s more, the recent missile tests suggest it has a number of methods of delivering those weapons.

Publicly acknowledging this reality is, however, fraught with peril for countries such as the United States.

One of the most compelling reasons for Washington not to do so is its fears of sparking a nuclear arms race in Asia.

South Korea, Japan and Taiwan are just a few of the neighbors that would likely want to match Pyongyang’s status.

But some experts say that refusing to acknowledge North Korea’s nuclear prowess – in the face of increasingly obvious evidence to the contrary – does little to reassure these countries. Rather, the impression that allies have their heads in the sand may make them more nervous.

“Let’s accept (it), North Korea is a nuclear arms state, and North Korea has all necessary delivery systems including pretty efficient ICBMs (intercontinental ballistic missiles),” said Andrei Lankov, a professor at Kookmin University in Seoul and a preeminent academic authority on North Korea.

A better approach, some suggest, might be to treat North Korea’s nuclear program in a similar way to Israel’s – with tacit acceptance.

That’s the solution favored by Jeffrey Lewis, an adjunct professor at the James Martin Center for Nonproliferation Studies at the Middlebury Institute of International Studies in Monterey.

“I think that the crucial step that (US President Joe) Biden needs to take is to make clear both to himself and to the US government that we are not going to get North Korea to disarm and that is fundamentally accepting North Korea as a nuclear state. You don’t necessarily need to legally recognize it,” Lewis said.

Both Israel and India offer examples of what the US could aspire to in dealing with North Korea, he added.

Israel, widely believed to have started its nuclear program in the 1960s, has always claimed nuclear ambiguity while refusing to be a party to the nuclear Non-Proliferation Treaty, while India embraced nuclear ambiguity for decades before abandoning that policy with its 1998 nuclear test.

“In both of those cases, the US knew those countries had the bomb, but the deal was, if you don’t talk about it, if you don’t make an issue out of it, if you don’t cause political problems, then we’re not going to respond. I think that’s the same place we want to get to with North Korea,” Lewis said.

At present though, Washington shows no signs of abandoning its approach of hoping to persuade Pyongyang to give up its nukes.

Indeed, US Vice President Kamala Harris underlined it during a recent visit to the DMZ, the demilitarized zone between North and South Korea.

“Our shared goal – the United States and the Republic of Korea – is a complete denuclearization of the Korean Peninsula,” Harris said.

That may be a worthy goal, but many experts see it as increasingly unrealistic.

“Nobody disagrees that denuclearization would be a very desirable outcome on the Korean Peninsula, it’s simply not a tractable one,” Panda said.

One problem standing in the way of denuclearization is that Kim’s likely biggest priority is ensuring the survival of his regime.

And if he wasn’t paranoid enough already, Russia’s invasion of Ukraine (in which a nuclear power has attacked a non-nuclear power) will have served as a timely reinforcement of his belief that “nuclear weapons are the only reliable guarantee of security,” said Lankov, from Kookmin University.

Trying to convince Kim otherwise seems a non-starter, as Pyongyang has made clear it will not even consider engaging with a US administration that wants to talk about denuclearization.

“If America wants to talk about denuclearization, (North Korea is) not going to talk and if the Americans are not talking, (North Korea) will launch more and more missiles and better and better missiles,” Lankov said. “It’s a simple choice.”

There is also the problem that if North Korea’s increasingly concerned neighbors conclude Washington’s approach is going nowhere, this might itself bring about the arms race the US is so keen to avoid.

Cheong Seong-chang, a senior researcher at the Sejong Institute, a Korean think tank, is among the growing number of conservative voices calling for South Korea to build its own nuclear weapons program to counter Pyongyang’s.

Efforts to prevent North Korea developing nuclear weapons have “ended in failure,” he said, “and even now, pursuing denuclearization is like chasing a miracle.”

Still, however remote the denuclearization dream seems, there are those who say the alternative – of accepting North Korea’s nuclear status, however subtly – would be a mistake.

“We (would be) basically (saying to) Kim Jong Un, after all of this tug of war and rustling, (that) you’re just going to get what you want. The bigger question (then) of course is: where does that leave the entire region?” said Soo Kim, a former CIA officer who is now a researcher at US think tank RAND Corporation.

That leaves one other option open to the Biden administration and its allies, though it’s one that may seem unlikely in the current climate.

They could pursue a deal in which Pyongyang offers to freeze its arms development in return for sanctions relief.

In other words, not a million miles away from the deal Kim offered then US President Donald Trump at their summit in Hanoi, Vietnam, in February 2019.

This option has its backers. “A freeze is a really solid way to start things out. It’s very hard to get rid of weapons that exist, but what is possible … is to prevent things from getting worse. It takes some of the pressure off and it opens up space for other kinds of negotiations,” said Lewis of the James Martin Center.

However, the Trump-era overtones might make this a non-starter. Asked if he thought President Biden might consider this tactic, Lewis smiled and said, “I’m a professor, so I specialize in giving advice that no one is ever going to take.”

But even if the Biden administration was so inclined, that ship may have sailed; the Kim of 2019 was far more willing to engage than the Kim of 2022.

And that, perhaps, is the biggest problem at the heart of all the options on the table: they rely on some form of engagement with North Korea – something entirely lacking at present.

Kim is now focused on his five-year plan for military modernization announced in January 2021 and no offers of talks from the Biden administration or others have yet turned his head in the slightest.

As Panda acknowledged, “There’s a set of cooperative options which would require the North Koreans being willing to sit down at the table and talk about some of those things with us. I don’t think that we are even close to sitting down with the North Koreans.”

And, in fairness to Kim, the reticence is not all down to Pyongyang.

“Big policy shifts in the US would require the President’s backing, and I really see no evidence that Joe Biden really sees the North Korean issue as deserving of tremendous political capital,” Panda said.

He added what many experts believe – and what even some US and South Korean lawmakers admit behind closed doors: “We will be living with a nuclear armed North Korea probably for a few decades to come at least.” 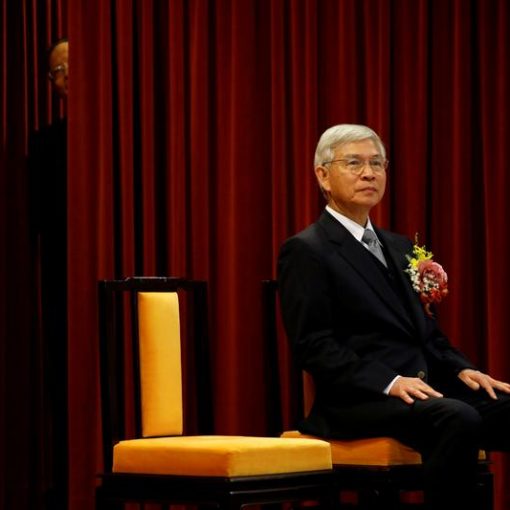 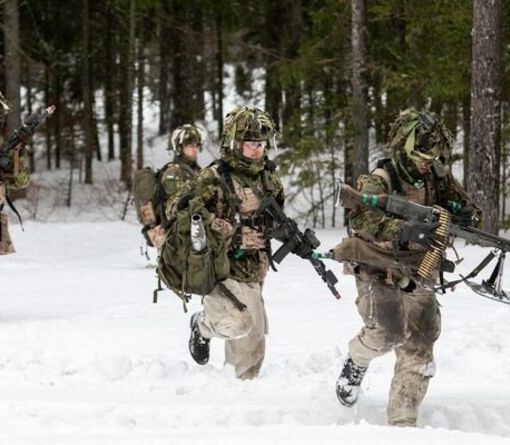 Despite claims from the Kremlin that Russia has no plans on invading Ukraine, world leaders have become increasingly concerned about the escalating situation. French […]