Millie Bobby Brown put her growing ink collection on display in a backless pink gown at the premiere of her latest film Enola Holmes 2, which premieres November 4 on Netflix.

The 18-year-old actress currently boasts four tattoos, including a tribute to her late grandmother Ruth who passed away in 2020 after a battle with Alzheimer’s disease.

Brown, who has Ruth’s name scrawled in cursive on her left ribcage, was first revealed back in July while yachting with her boyfriend Jake Bongiovi in Italy.

The Stranger Things star informed fans of her grandmother’s passing via a heartbreaking Instagram post published in November 2020.

‘Alzheimer’s is evil. Its cruel. Taking away someones ability to remember memories and then how to function like a human being. Its so hard to sit there and watch,’ penned Brown, who ‘loved [Ruth] more than anyone could ever love.’

Because of the COVID-19 pandemic, Millie wasn’t able to be with her grandmother in her last moments. 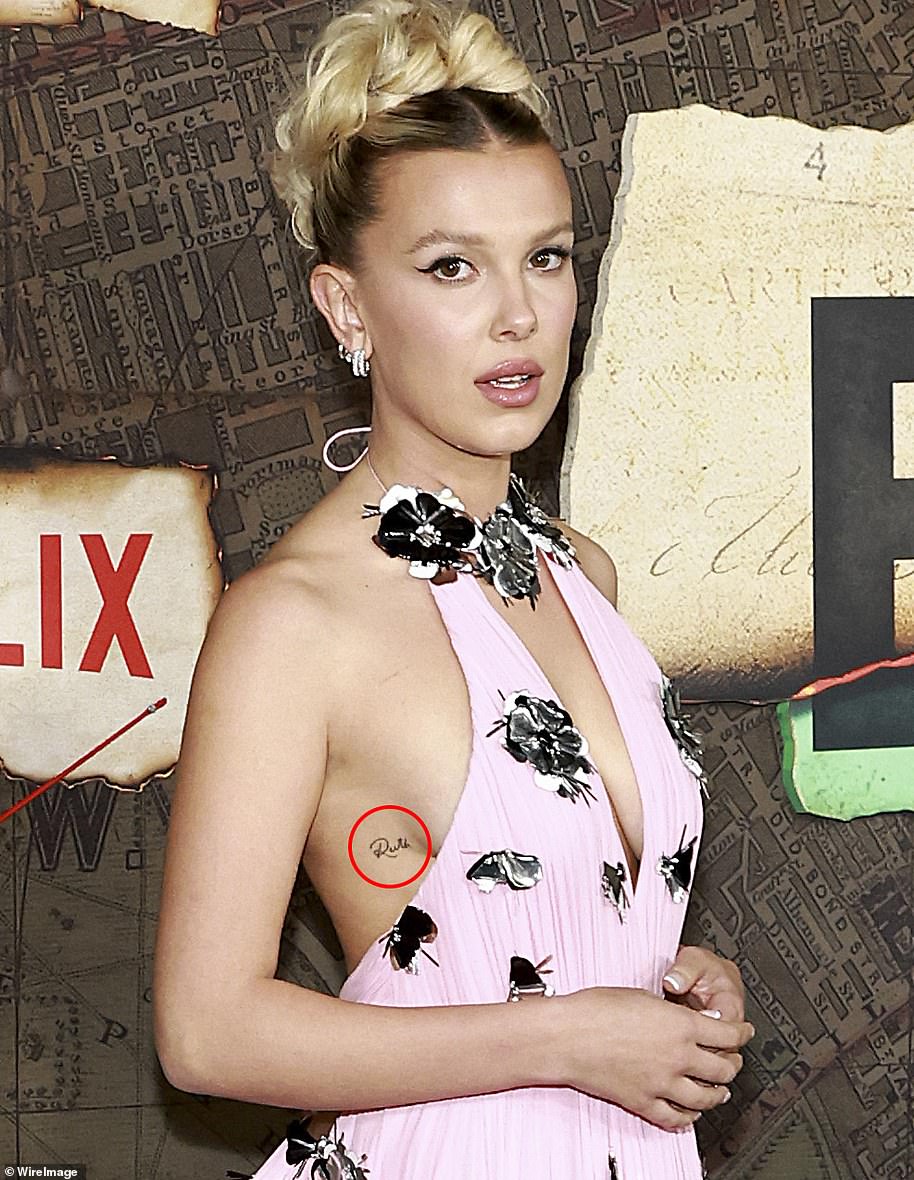 Tattoo collection: Millie Bobbie Brown, 18, proudly displayed her four tattoos at the Enola Holmes 2 premiere in New York on Thursday, including a tribute to her late grandmother Ruth who passed away in 2020 after a battle with Alzheimer’s disease

Delicate: Back in March, the brunette beauty got a small outline of heart tattooed on her collarbone and she also has a rose on the left side of her back 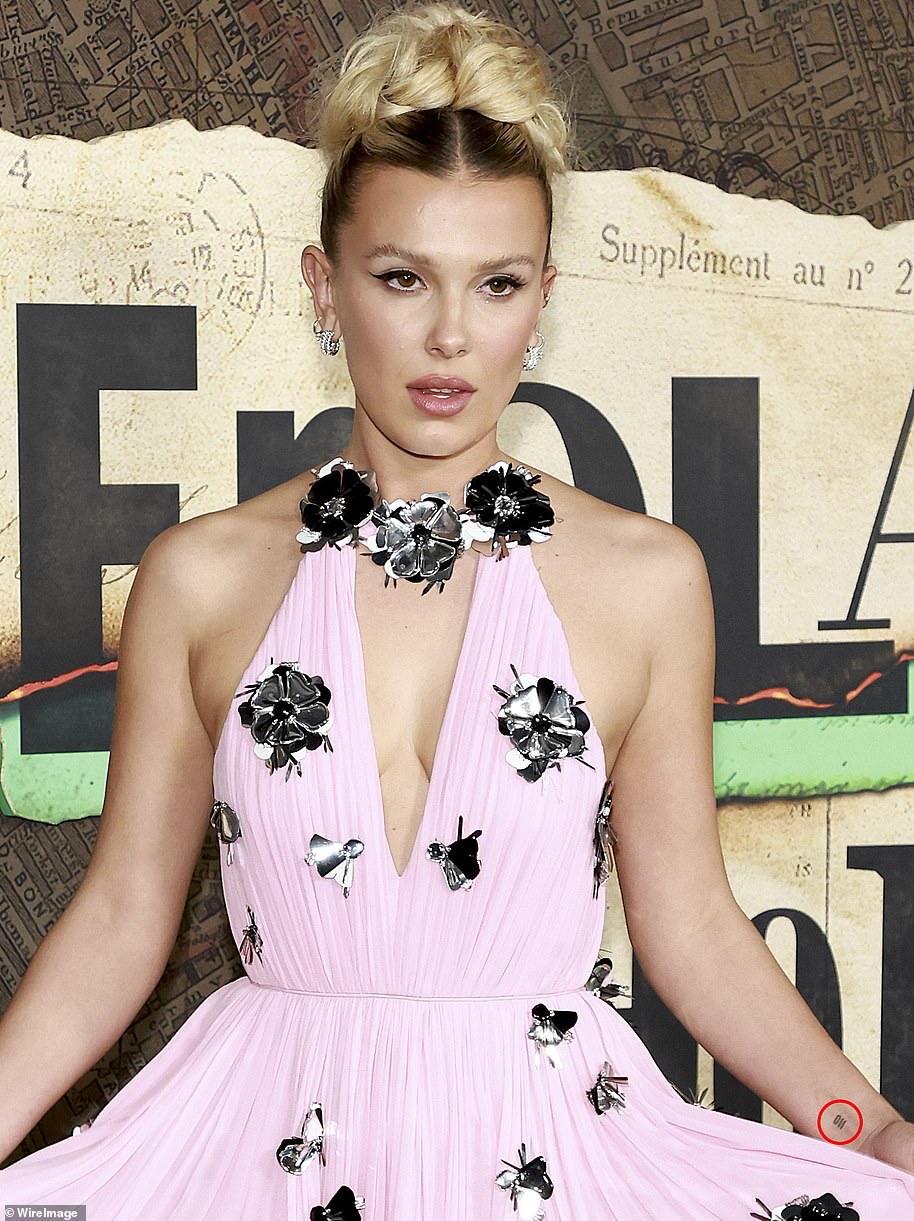 Iconic role: Located on her left wrist is a ‘011’ tattoo, which is a nod to her Stranger Things character Jane ‘Eleven’ Ives

‘I couldn’t come home to give u one last snuggle because of Covid-19 so FaceTime was all that we had. I sang to you as much as my voice could take it, even when u were sleeping. These are memories ill never forget,’ she wrote.

Though she never publicly announced her plans to pay homage to her ‘guardian angel’ with a tattoo, Brown has proudly displayed it over the past several months.

Located on her left wrist is a ‘011’ tattoo, which is a nod to her Stranger Things character Jane ‘Eleven’ Ives.

She nabbed the role at just 12-years-old, completely unknowing that it would turn her into a household name.

Eleven was taken from her mother as young child and made an unwilling participant in a CIA conducted experiment program. She was born with psychokinetic and telepathic abilities.

She is the series’ main protagonist who goes head-to-head with the forces of The Upside Down, an alternate dimension with menacing forces.

Eleven has ‘011’ tattooed on her wrist, which is how the children in the top secret program are identified.

Last year, Brown decided to get that same tattoo on her own wrist.

It first appeared in a promo image for her makeup line florence by Millie Bobby Brown back in December 2021. In the snap, she can be seen posing in a phone booth with her wrist slightly turned towards the camera.

It also made an appearance in photos taken on Brown’s 18th birthday. She was captured posing in the back of a car clad in a sparkly blue getup with her tattooed wrist resting on a seat divider.

Over the past several months, Brown has let her Stranger Things ink shine in more promo image for florence.

Brown will bid farewell to the character in the fifth and final season of Stranger Things. Production is scheduled to begin in 2023.

Back in March, the brunette beauty got a small outline of heart tattooed on her collarbone.

She debuted the subtle ink while donning a custom Louis Vuitton dress at the 2022 BAFTAs in London. It came just weeks after tattoo artist Sketch inked the star.

In a post shared on March 31, Sketch called Brown as an ‘absolutely incredible young woman’ and posed for a selfie with her at his shop.

Last but not least, Brown has a rose tattooed on the left side of her back in black ink.

Though it’s unclear when the Enola Holmes actress had it tattooed, it was first documented in a snap shared by her beau Jake on May 22.

In it, Brown is seen posing from the side in white tank top with a low-back, which allowed a glimpse at the new addition.

Brown has never spoken publicly about her feelings regarding tattoos, but with four under her belt, it’s clear that the star is a big fan of body ink. 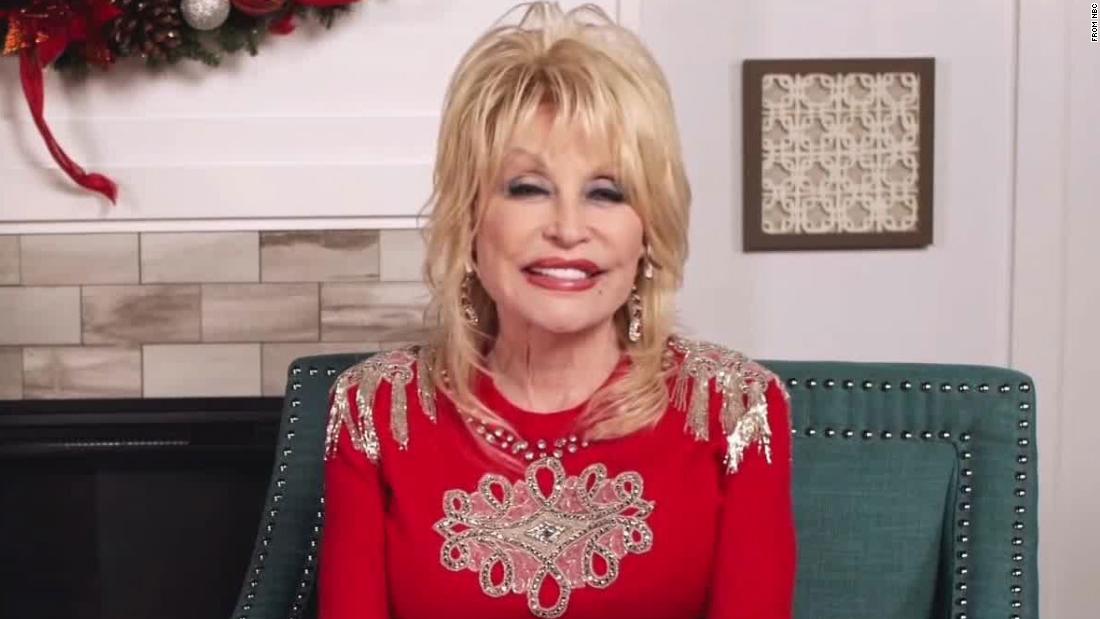 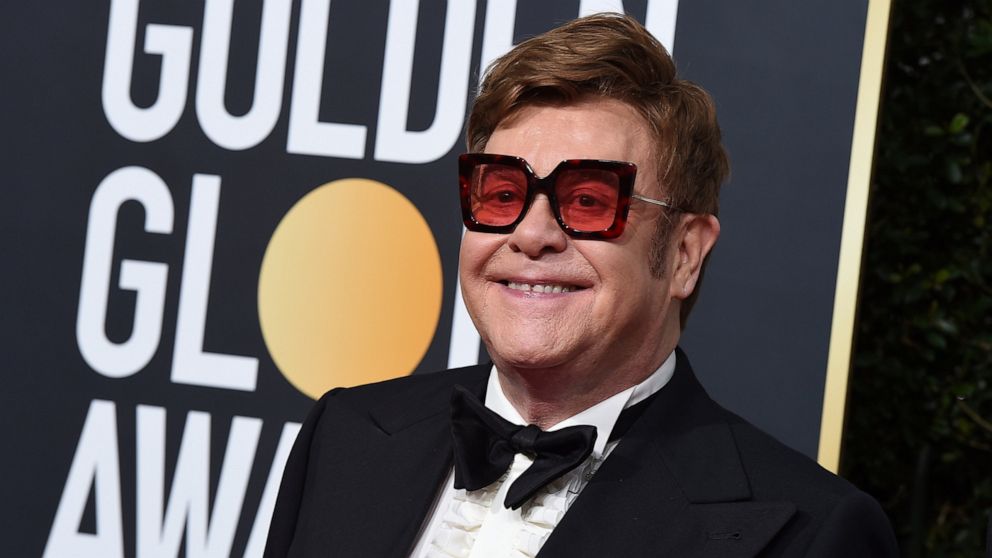 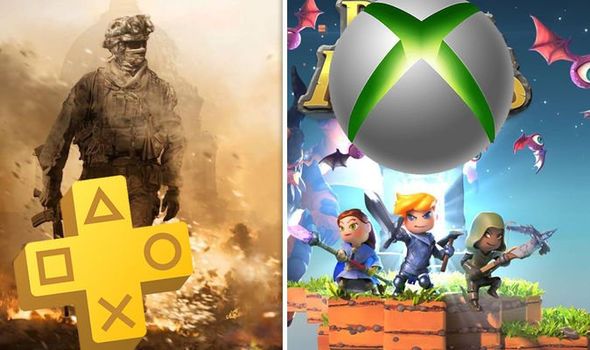 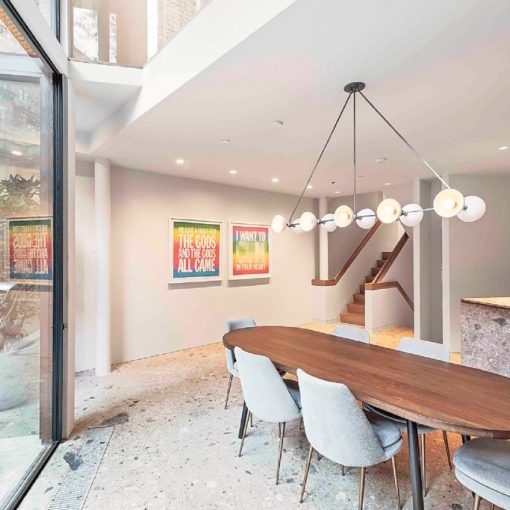 Sex sells, but for some New York homebuyers, what passes for art these days is too blue. “I want to [insert a […]