White House Chief of Staff Ron Klain violated the Hatch Act on Twitter, but was let off with a warning to not be a repeat offender.

Klain violated the law restricting certain officials of engaging in some political activities by retweeting a message urging people to purchase ‘Democrats Deliver’ merchandise, according to a document obtained by The New York Post.

The complaint was made by pro-Trump group America First Legal Foundation.

In a letter dated Wednesday, Ana Galindo-Marrone, chief of the Hatch Act Unit at the Office of Special Counsel, explained the infraction and their decision to not discipline him.

‘Although OSC has concluded that Mr. Klain violated the Hatch Act, as explained below, we have decided not to pursue disciplinary action and instead issued him a warning letter,’ Galindo-Marrone wrote. 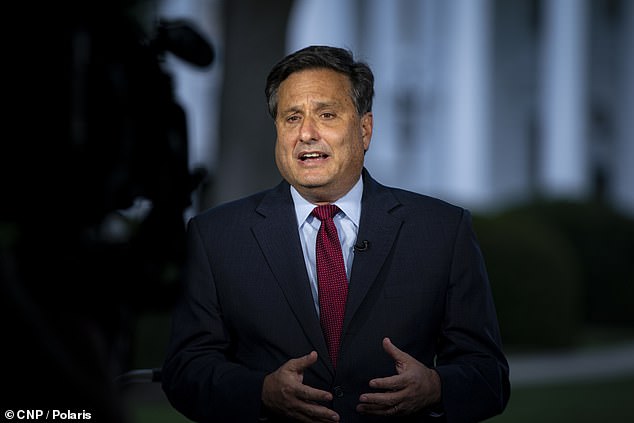 White House Chief of Staff Ron Klain violated the Hatch Act by retweeting a message urging people to purchase ‘Democrats Deliver’ merchandise, but was let off with a warning 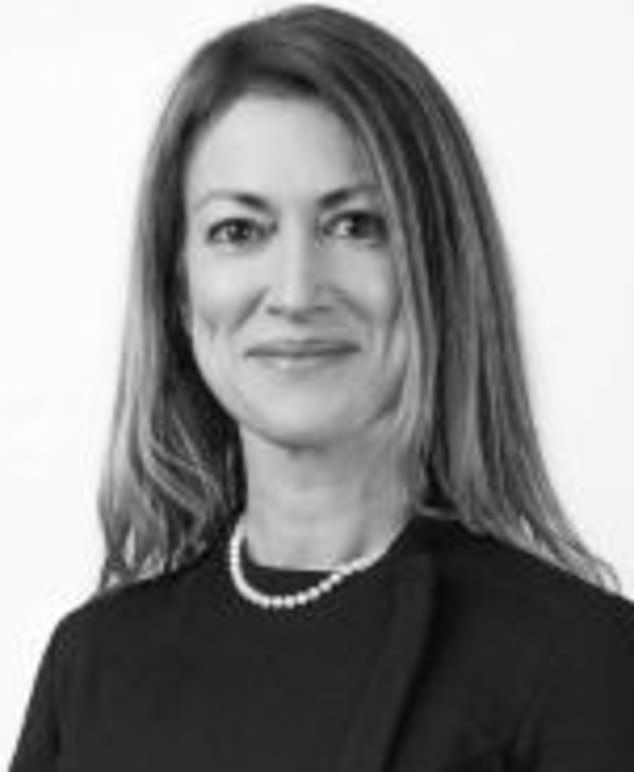 Ana Galindo-Marrone, chief of the Hatch Act Unit at the Office of Special Counsel, said they decided not to pursue disciplinary action and instead issued Klain a warning

Now, Klain is under fire for his Twitter usage, specifically a tweet he retweeted, according to the letter.

Galindo-Marrone wrote that Klain ‘retweeted a May 22, 2022 message from Strike PAC (@StrikePAC) from his official Twitter account (@WHCOS).

The tweet read, ‘Operation Fly Formula delivers 70,000 pounds of infant formula for American mothers and their infants. Thank you @POTUS.’

According to the Strike PAC, it ‘is a partisan political group’ that ‘supports campaign finance reform and will help elect Democrats who support these vital policies.’

It also has a ‘nationalized strategy’ aimed at promoting the Democratic Party by ‘tell[ing] stories of how Democrats deliver on their promises to improve the lives of voters,’ according to the OSC letter.

In the letter, Galindo-Marrone wrote that Klain violated the Hatch Act’s ‘official authority prohibition’ and also its ‘solicitation prohibition.’

‘Strike PAC’s message thanking President Biden served to further the group’s nationalized strategy of promoting Democrats as the party that delivers on its promises to voters. By retweeting this message, Mr. Klain used his official Twitter account to promote a partisan political group’s interests and, therefore, OSC has concluded that he violated the Hatch Act’s use of official authority prohibition.’

‘In addition, Strike PAC’s tweet constituted a solicitation for political contributions because it encouraged others to buy the group’s merchandise. A political contribution is defined as any gift, subscription, loan, advance, or deposit of money or anything of value, made for any political purpose (i.e., to promote or oppose a partisan political group),’ Galindo-Marrone continued. 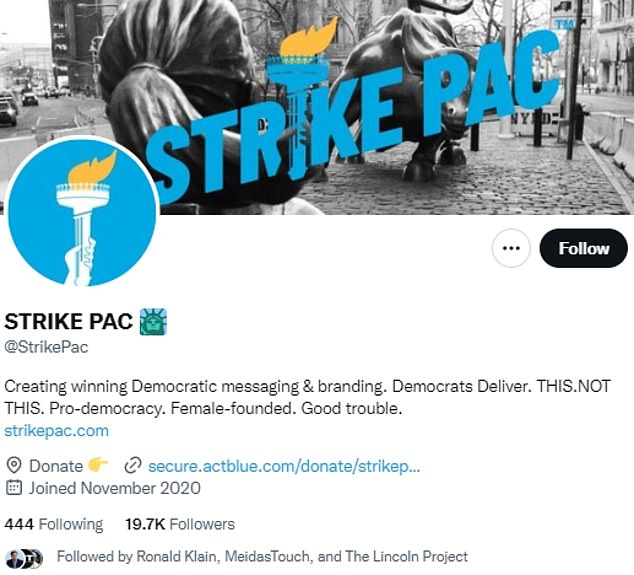 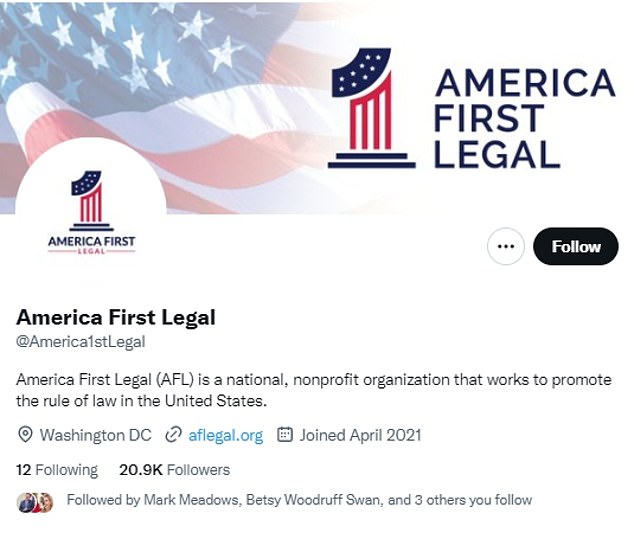 OSC found that Klain violated the Hatch Act, but wrote in the letter that they will not pursue disciplinary action.

‘We understand that he promptly removed the retweet upon being notified of this complaint. Accordingly, we have decided not to pursue disciplinary action and will close this matter.’

‘Mr. Klain has been warned that if in the future he engages in activity prohibited by the Hatch Act while employed in a covered position, OSC would consider such activity to be a willful and knowing violation of the law that could result in disciplinary action,’ she concluded.

Last year,  the Office of Special Counsel found that members of the Trump administration – at least 13 – repeatedly violated the Hatch Act, including White House chief of staff Mark Meadows.

WHAT IS THE HATCH ACT?

What the Hatch Act prohibits:

Running for office in partisan elections, sending or forwarding a partisan political email while on duty or in a federal workplace, engaging in political activity while wearing an official uniform or while using a government vehicle, using official authority to interfere with or influence an election, soliciting or receiving political contributions, wearing or displaying partisan political buttons, T-shirts or signs.

Who the Hatch Act applies to:

All civilian employees in the executive branch of the federal government, except the president and the vice president.

There are some other exceptions. Certain executive officials, such as presidential advisers or Cabinet officers, can engage in political activities during official working time as long as federal funds are not used.

Any such official must reimburse the U.S. Treasury for federal resources used in campaign activities.

What happens when the Hatch Act is violated?

The Office of Special Counsel, an independent government watchdog that monitors violations, has cited the president’s top advisers on multiple occasions for violating the act.

Career government officials found to have violated the Hatch Act can be fired, suspended or demoted, and fined up to $1,000, though few penalties are ever levied against federal employees.

Source:  U.S. Office of Special Counsel and the Associated Press 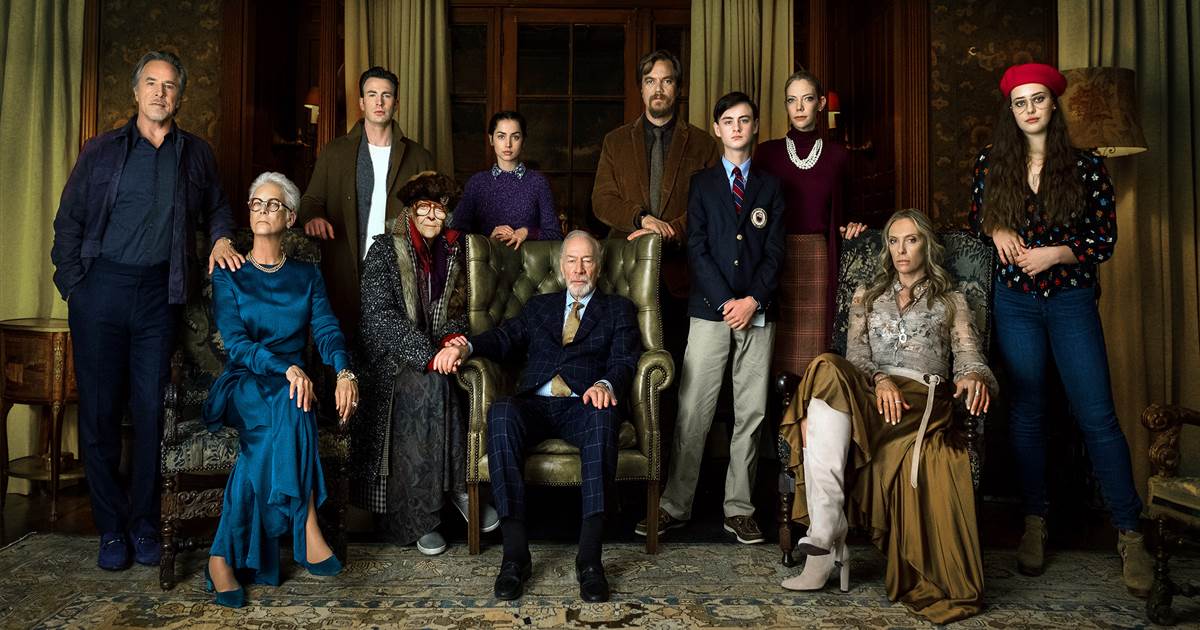 Mysteries are a comfort genre. These soothing stories invariably feature an intelligent detective taking a chaotic situation (usually murder most foul) and […] 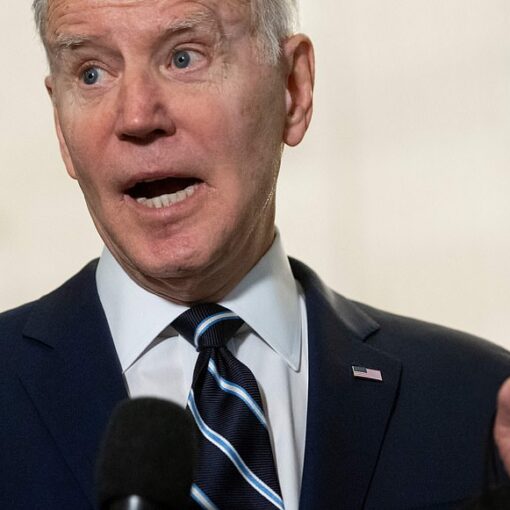 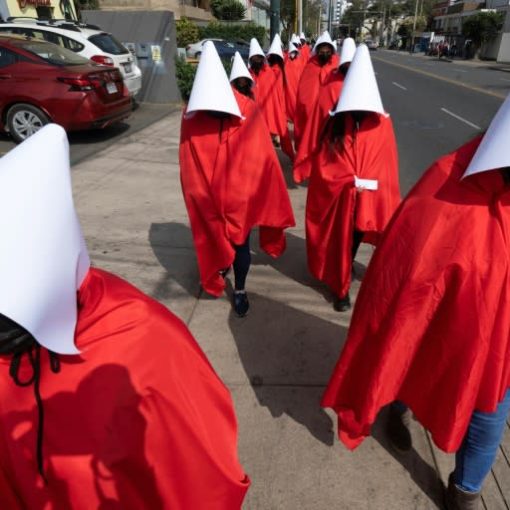 Some 30 Peruvian women, including transgender women, gathered Monday to denounce the daily violence they suffer and demand action from the United […] 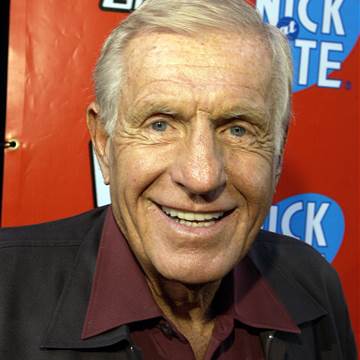 NEW YORK — Jerry Van Dyke, the younger brother of Dick Van Dyke who struggled for decades to achieve his own stardom […]