In the desperate hours after Liam Hampson went missing, his phone kept ringing as worried friends tried to contact him.

But the constant calls would prove fruitless – the 24-year-old rising footy star was already dead.

For 30 hours his body lay at the place they last saw him at 4.30am – the Sala Apolo nightclub in Barcelona.

Nightclub staff would eventually hear the buzzing of Liam’s mobile, where they tracked it – and the missing Queenslander – down to the floor of an out-of-bounds area of the bar.

The circumstances surrounding the discovery of the Redcliffe Dolphins player’s body emerged as the club’s director, Albert Guijarro, confirmed Liam’s final movements on that fateful night were captured in chilling CCTV footage.

Hampson had been on the trip of a lifetime travelling around Europe with friends including Titans’ fullback Alexander ‘AJ’ Brimson and Broncos stars Jordan Riki and Jesse Arthars. 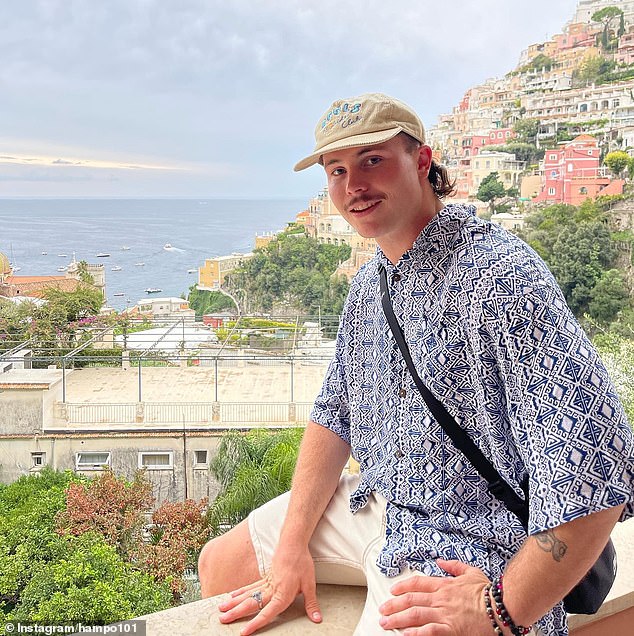 He said security cameras showed Hampson leaving the main room of Apolo through an emergency door, despite one of his friends trying to stop him.

He then went through a second emergency door, Mr Guijarro said, onto a large terrace before realising that the doors he had passed could not be opened from the outside.

The club director said Hampson then saw a 50m wall and ‘without thinking’ jumped over it, and fell into a void where ducts run through.

Mr Guijarro said the path Hampson took was ‘very clear and illuminated’ and that he ‘made a leap towards a place that was not even in the middle of his route’ and ‘it was not well understood’ why he made that decision.

He added that Hampson was eventually found while his friends were searching for him after staff heard the sound of a mobile phone.

The venue has offered its ‘deepest condolences’ to Hampson’s family and have handed the footage over to police. 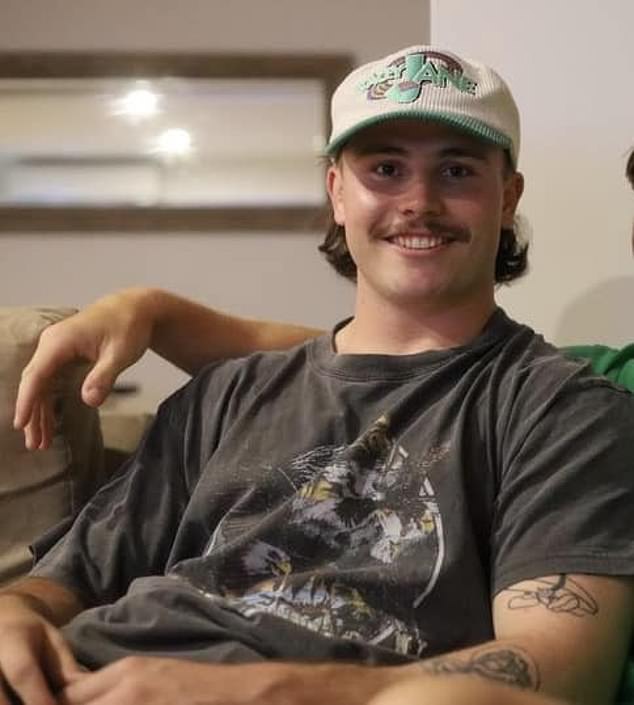 Queenslander Liam Hampson, 24, lost his life in the Sala Apolo, a Barcelona nightclub, which has now offered its ‘deepest condolences’ to his family in its first public comment 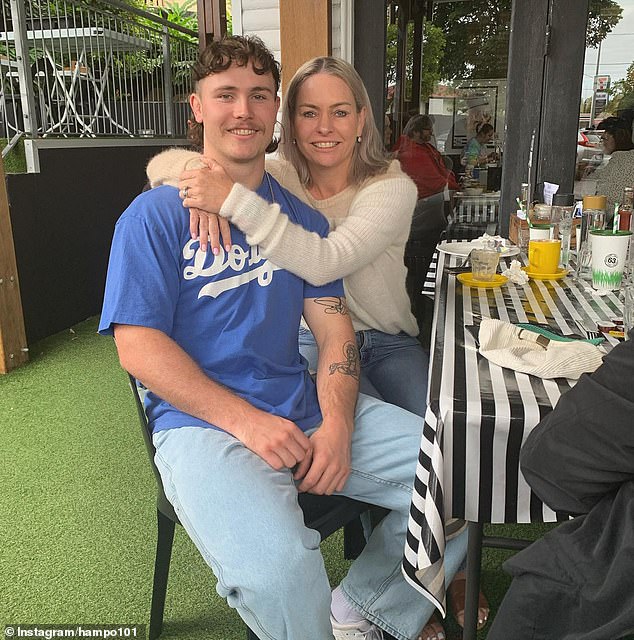 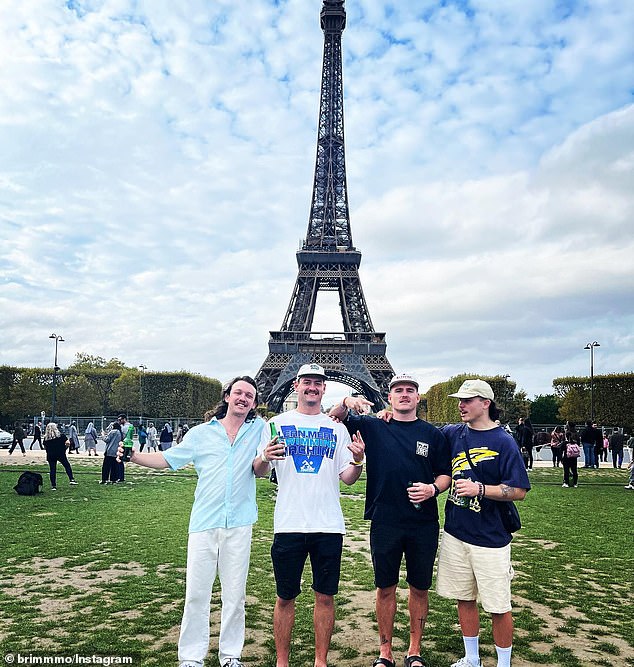 The Sala Apolo had initially refused to comment on the tragedy on Wednesday, before backtracking and issuing an official statement.

‘These are sad and very painful moments,’ it began.

‘First of all for all the people affected by the unforeseeable accident that occurred in the early hours of Tuesday October 18 in the outdoor facilities of the Apolo venue.

‘It’s been sad as well for those of us who are part of this organisation.

‘The management and entire Apolo team are beyond appalled by what happened and we express our deepest condolences to the family and friends of Liam Hampson.’

The statement was issued amid fresh local reports pointing to Hampson making a fatal error in the darkness after mistakenly going through an emergency door.

Respected Catalan newspaper La Vanguardia, quoting unidentified police sources said: ‘The friends he was with lost sight of him and thought he had felt unwell and gone back to the hotel. 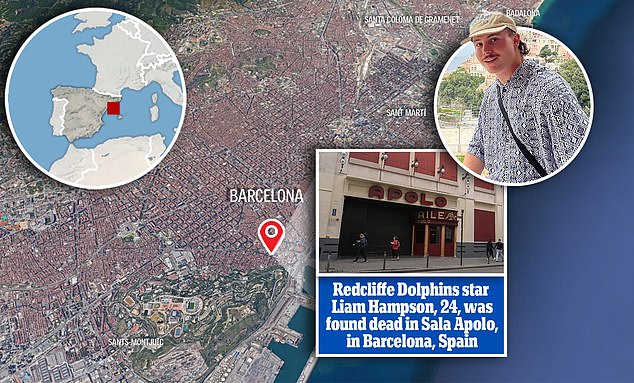 ‘But he wasn’t there when they got to his room and after waiting for what they thought was a prudent amount of time, spoke with his family and alerted the police at the same time they asked for the public’s help in locating him.’

Confirming earlier information from police about his body being found in an internal patio which was not in a ‘public area’ of the club, but offering new information, the newspaper added: ‘The young man had fallen into an internal patio from a height of 14 metres and died instantly.

‘Police have concluded from a reconstruction of the victim’s movements, that he must have got lost in the venue and tried to get somewhere else going through what turned out to be an emergency door.

‘That led to a space in which there was a small wall he got over without any difficulty, without seeing because of the darkness that on the other side there was a drop to the internal courtyard he plunged into.’

Hampson’s shell-shocked friends have shared gut-wrenching tributes to their ‘beautiful brother’ in the wake of his death. 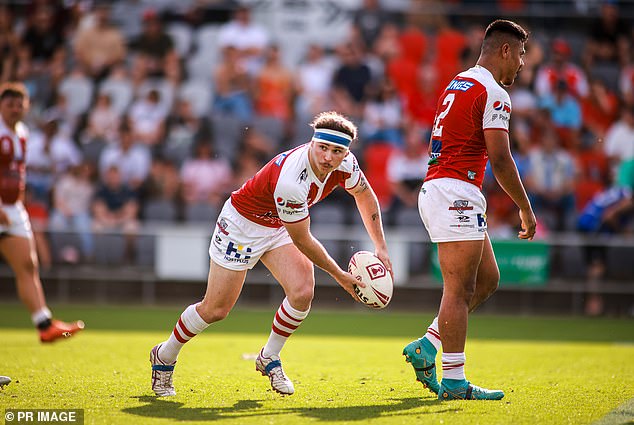 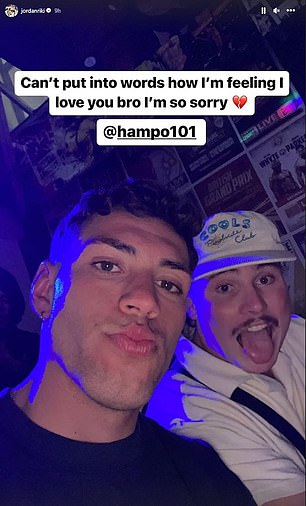 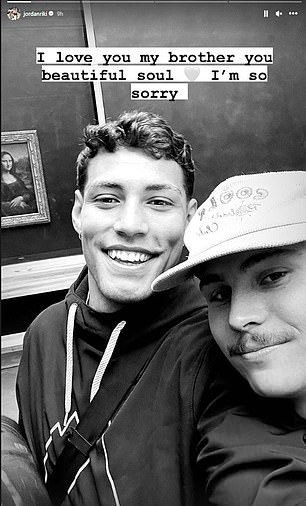 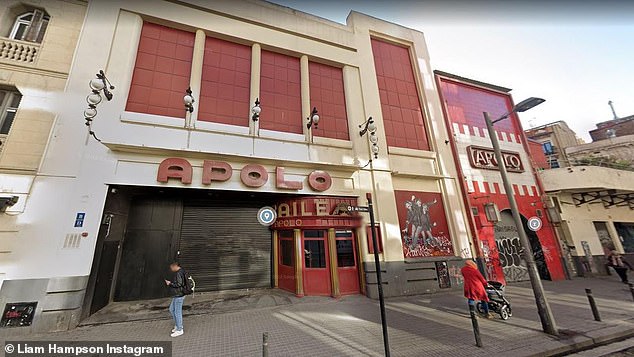 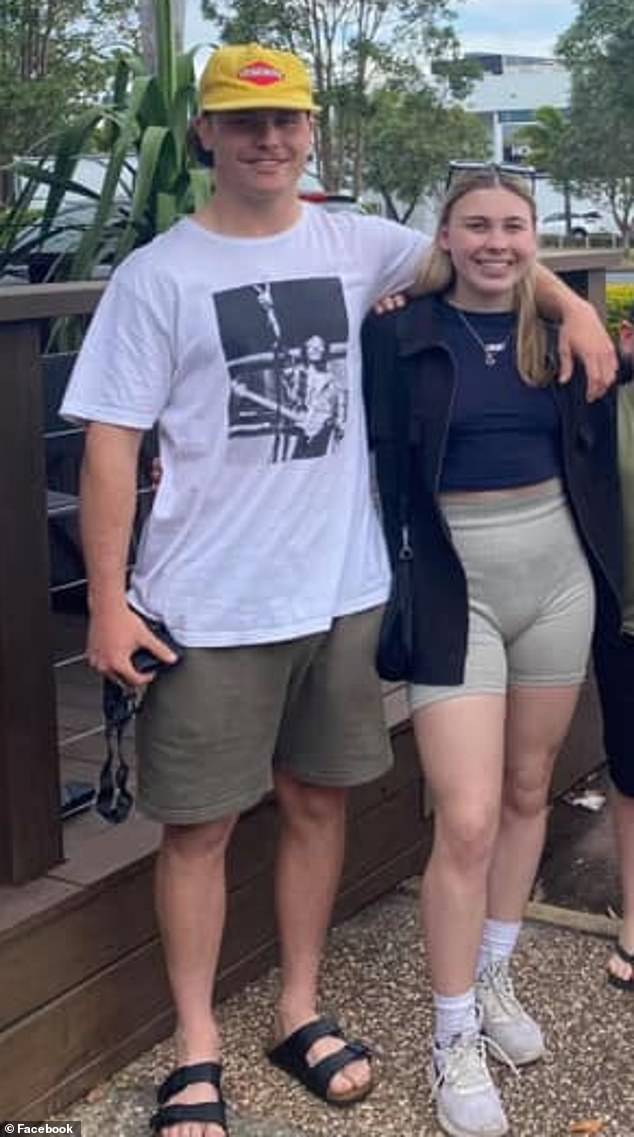 Hampson is pictured with his sister Tiarna, who issued a heart-breaking statement 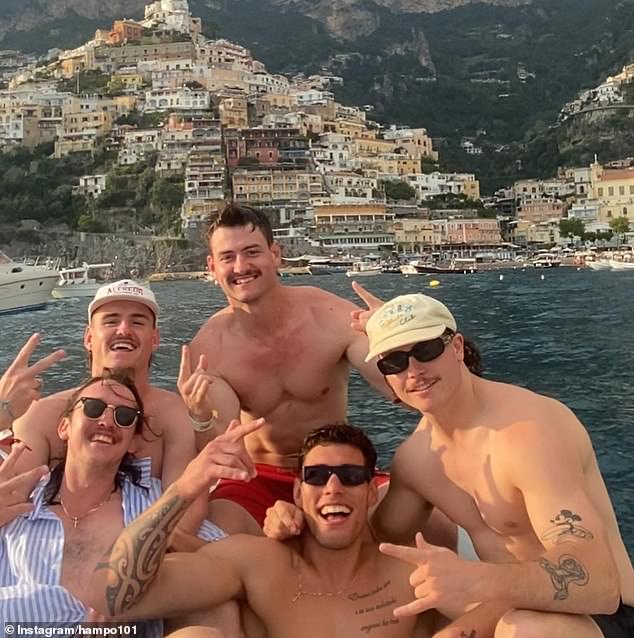 Liam Hampson (far right) with his Aussie mates during the European trip. Police are treating his death as a tragic accident

One of Hampson’s travel mates, Riki, took to social media with a series of heartbreaking tributes after Hampson’s death was confirmed.

‘I love you my brother you beautiful soul I’m so sorry,’ Riki wrote on Instagram.

‘Can’t put into words how I’m feeling I love you bro I’m so sorry.’

Riki thanked all those involved in searching for Hampson and signed off with ‘RIP my beautiful brother’.

He was also behind a fundraising campaign that raised $72,448 in a matter of hours to bring Hampson’s body home and to support his grieving family.

In the GoFundMe description Riki wrote that Hampson was ‘an outstanding talent on and off the football field… helping team-mates… and educating kids’.

‘Liam was a beautiful soul who brought people together with his love, wisdom and jokes,’ he wrote. 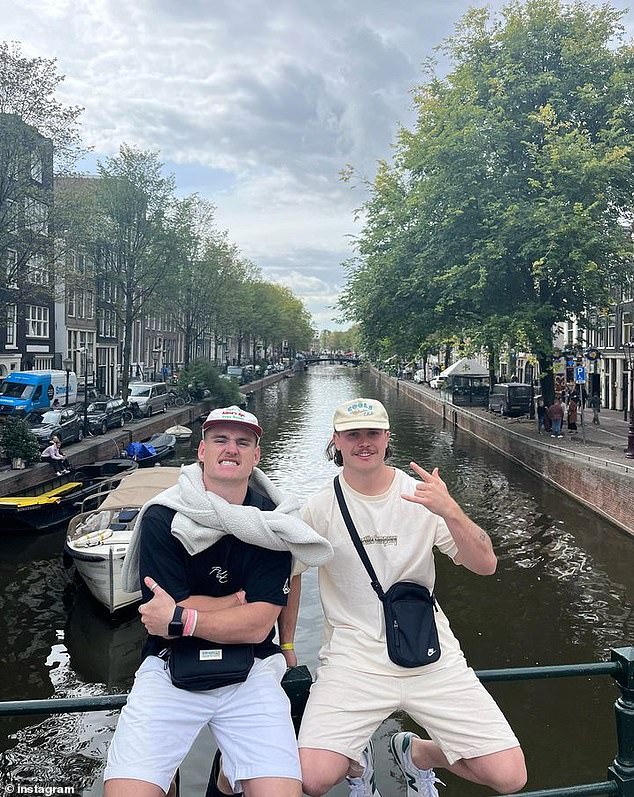 Liam Hampson (right) was travelling across Europe with NRL star AJ Brimson (left) and other mates. Pictured are the pair enjoying the sights of Amsterdam 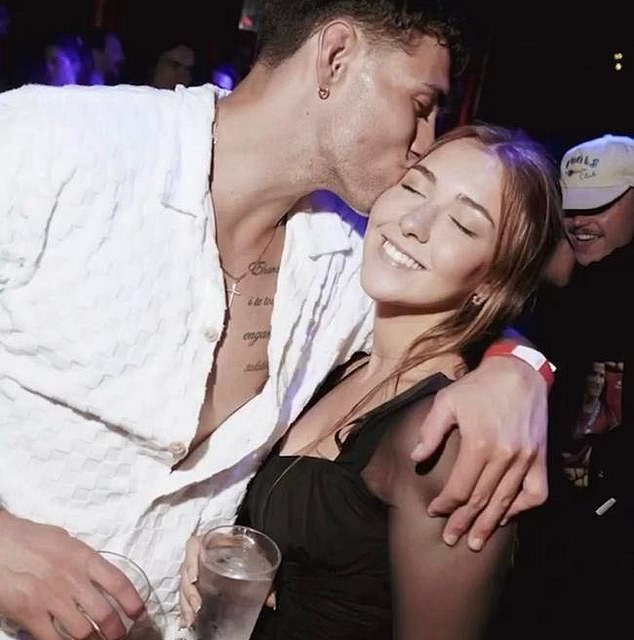 Liam Hampson, 24, is pictured (right) during his night out at Spanish nightclub Sala Apolo – just hours in the final photo ever taken of him before he vanished at 4.30am on Tuesday

On Thursday, Kangaroos coach and Queensland icon Mal Meninga pledged that the Australian side would play against Scotland on Saturday with Hampson’s family in its thoughts.

The players will wear black armbands for the game as a sign of mourning, he said.

‘On behalf of the Kangaroos over here, we pay our condolences back to Liam’s family and friends. It was a sad day and we obviously pay our respects,’ Meninga said.

One of Hampson’s friends, prop Patrick Carrigan, is determined to play for the Kangaroos in his own personal tribute, but Meninga said that could change as the news of his mate’s death sinks in.

‘It was in an internal patio which was not part of the public area of the nightclub,’ a policeman told Daily Mail Australia.

‘I don’t know how he would have got into that part of the building but he accessed it and from there fell to an interior patio.

‘The fact it wasn’t a public area helps to explain why the workers who raised the alarm didn’t do so until Wednesday lunchtime local time.’

Police said Hampson’s death was being treated as accidental in early stages of the investigation.

A post-mortem is expected to take place this week.

The results of autopsies are not normally made public in Spain and in this instance will be sent directly to the court probing Hampson’s death.

Tributes flowed for Hampson as devastated loved ones confirmed the news of his death online.

‘Waking up to the news no one wants to hear, we are devastated to find out that Liam had an accident and sadly has not survived,’ his dad Brett posted on Facebook.

‘We are heartbroken to say the least. Liam had a heart of gold and was a much loved son, brother, grandson, uncle and friend. Words can not express our grief. 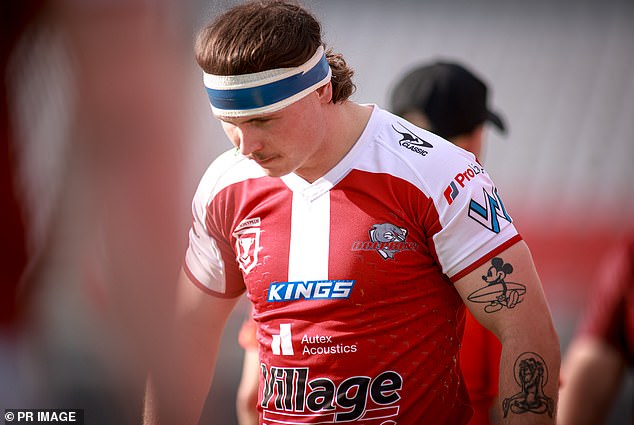 Hampson played hooker for the Redcliffe Dolphins and recently helped steered his side to the Queensland Cup grand final, where they were narrowly beaten 16-10 by the Norths Devils

‘We can not thank his mates enough for being there with Liam having the time of his life and assisting in the search for our boy. Our thoughts are with them.’

Just hours after issuing a desperate appeal to find him, his sister Tiarna wrote a similar tribute.

‘We are so broken,’ she posted.

‘Liam was the best brother I ever could of asked for and made me a better person. We cannot express our grief.

‘We cannot thank the boys he was travelling with enough for assisting with his search and made sure his last days were the best of his life.

‘Going to miss you so much, Liam.’

The family has requested privacy as they deal with the heartbreaking loss.

Hampson and his group of mates posted dozens of photos from their adventure-packed travels in the past month, including snaps from Paris, Ibiza, Amsterdam, Munich and Positano in Italy.

Hampson played hooker for the Redcliffe Dolphins and recently helped steered his side to the Queensland Cup grand final, where they were narrowly beaten 16-10 by the Norths Devils.

The Dolphins will make their NRL debut next season under the helm of coaching legend Wayne Bennett.

4.30am: Liam Hampson is last seen at the bar wearing a black t-shirt, light coloured shorts and a baseball cap

9pm: Paradise Lost begin their set. The time the set finished is unclear.

About 12pm: Sala Apolo staff find Hampson’s body on the floor in a part of the nightclub 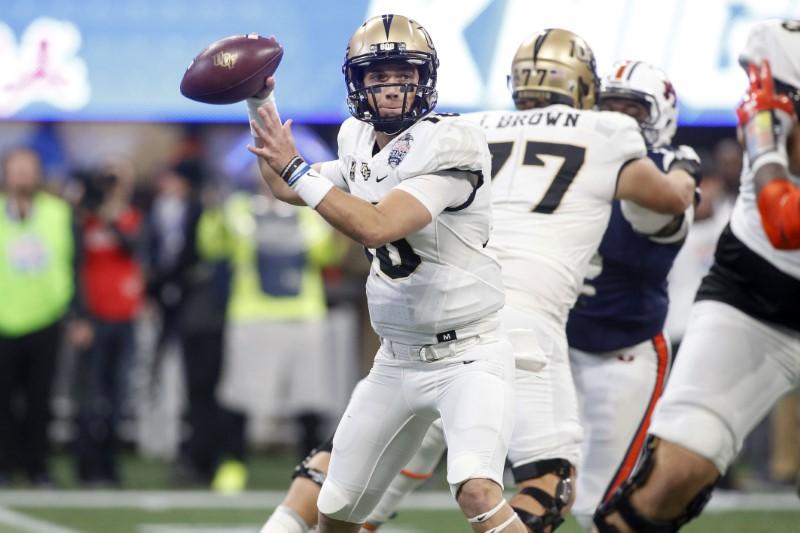 Junior quarterback McKenzie Milton passed for four touchdowns and rushed for two more as No. 13 UCF extended its school and American […] 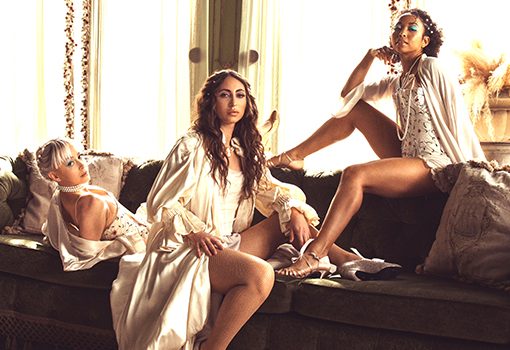 In a stunning video – with an all-female cast, both in front and behind the camera – Jazzie Young’s ‘fake love’ honors […] 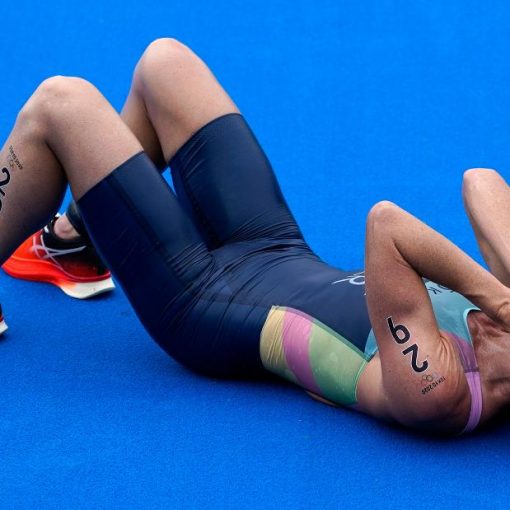 But in the early hours of Tuesday morning, a small Atlantic island added its name to the list of medal winners, as […]

Tyson Fury’s projected world heavyweight title fight against Anthony Joshua appears to have been plunged into doubt by a US legal ruling, […]