Post-pandemic Broadway has gone into overdrive. This is the most promising season in years, one that’s especially rich in revivals — with a twist.

The hottest new musical to watch for is “Almost Famous,” which starts previews Oct. 3 at the Bernard B. Jacobs. It’s drawn from Cameron Crowe’s 2000 movie, a semi-autobiographical take on his travels as a teenage reporter for Rolling Stone.

The film introduced Kate Hudson as teeny-bopper Penny Lane, self-appointed muse for the band, and gave us a joyous rendition of “Tiny Dancer.” Hudson isn’t in the musical, but that Elton John song is.

“That was a no-brainer,” said Tom Kitt, the Tony Award-winning composer who wrote the show’s original music, with lyrics by Crowe, who also wrote the script. “We needed to do a take on it that would honor the film, but also theatricalize it and move our story forward.”

When the musical premiered in Crowe’s hometown of San Diego, the LA Times reviewer Charles McNulty called it “as pleasing as a free and easy 1970s rock classic.’” Critics had great things to say about Solea Pfeiffer, the show’s Penny Lane, and Casey Likes as William Miller, Crowe’s young alter ego.

Granted, it’s the rare movie that makes a long-running musical. But Kitt — who composed, orchestrated and arranged the music for Pulitzer Prize-winning “Next to Normal” among them — is undaunted.

“You think there’s a rhyme or reason or a template… but there isn’t,” he said. “It’s how a musical connects with an audience. ‘Almost Famous’ is Cameron’s personal story — it’s about his love of music. Anyone can relate to how one song, one band, can change your life. If we can capture that feeling, we’ll have something special.”

Many people will relate to “Leopoldstadt,” in which Tom Stoppard traces a Viennese family’s fortunes over nearly a century in just 2 hours. It’s also been called “The Real Thing” and “Arcadia” playwright’s most personal play, inspired as it was by his late-in-life discovery that he’s Jewish.

“Tom was about 8 when his family escaped Czechoslovakia and went to England,” cast member Brandon Uranowitz said. “His father died and his mother married a very proper Englishman. In order to assimilate, she sort of relinquished her Jewishness to give Tom a better life.”

“Leopoldstadt” follows a Austro-Hungarian Jewish family to the aftermath of the Holocaust, “but it’s not by any means a Holocaust play,” Uranowitz said. “It’s very witty and there’s a lot of levity. It wouldn’t be a Stoppard play without all that.”

When it premiered in London, reviewers called it “breathtaking.” and “elegiac.” Directed by Patrick Marber, it has a cast of 20. Uranowitz, a three-time Tony nominee (“Burn This,” “Falsettos,” “An American in Paris”), takes the dual roles originally played by the playwright’s son, Ed Stoppard.

“It’s also the most personal thing I’ve ever done,” Uranowitz said. “My great-aunt Millie survived the [concentration] camps. Some of my most vivid memories were visiting her and hearing about her experience in Poland during [World War II], losing her husband and young sons and escaping to America. You don’t need to forget in order to survive. You can carry those memories with you and still move forward.”

August Wilson’s Pulitzer Prize-winning play “The Piano Lesson,” previewing at the Barrymore and set in 1930s Pittsburgh, revolves around two siblings at war over a family heirloom with 88 keys and a fraught history.

John David Washington (son of Denzel, and star of Spike Lee’s “BlacKkKlansman”) and Danielle Brooks (Taystee, “Orange is the New Black” and Broadway’s “The Color Purple”) play the battling brother and sister.

Joining them is Samuel L. Jackson, making his first Broadway appearance since he played Martin Luther King Jr. in “The Mountaintop,” a decade ago. This time, his director is none other than his wife of 41 years, LaTanya Richardson Jackson, who made a memorably outspoken Calpurnia in Aaron Sorkin’s retooled “To Kill a Mockingbird.”

That was three years ago, when she told The Post that she’d never make another movie with her husband. Why? She said they were in 2006’s “Freedomland” when LaTanya suggested an idea for a shot. “Sam said, ‘What’s your number on the call sheet?’” she recalled. “I said, ‘Huh. Nine.’ And he said, pointing to his chest, ‘One!’ and walked away. He was being an ass.”

Apparently, he’s willing to listen now: People magazine reports she gives him his notes over dinner. Trivia note: This isn’t Jackson’s first “Piano Lesson”: He starred as Boy Willie when the play premiered at Yale in 1987, and understudied the Broadway role in 1990.

“Back in Black” is how some wily PR people are promoting the latest “Death of a Salesman” (in previews, the Hudson). And what a change that is. As Susan L. Schulman writes in “Backstage Pass to Broadway,” when George C. Scott starred in and directed it in the mid-’70s, he had to fight playwright Arthur Miller to cast Arthur French, a Black actor, as Willy Loman’s neighbor. Only when Scott threatened to walk did Miller relent.

Enter this production, with an all-African American cast headed by Wendell Pierce (“The Wire”) as Willy, a role that’s drawn our greatest actors — Scott, Rod Steiger and both Hoffmans (Dustin and Philip Seymour) among them. Sharon D. Clarke, who blew the house down in “Caroline, or Change,” plays Willy’s long-suffering wife, Linda, and Andre De Shields, fresh off a Tony for “Hadestown,” plays Willie’s brother. Marianne Elliott, who helmed the brilliant “War Horse” and “Company,” directs, alongside Miranda Cromwell.

Reviews from London, where this production premiered two years ago, were ecstatic.

When “1776” debuted in 1969, there were two women in the entire musical. (Fun memory: A pre-“Cats” Betty Buckley played one of them.) Flash-forward half a century and “Hamilton” later, and you get this Roundabout revival, in which all the founding fathers are played by female, nonbinary and transgender actors.

As well as a slew of fresh faces, look for Broadway favorite Carolee Carmello, who played Abigail Adams in an earlier, traditional revival of the show. This time around, she’s John Dickinson. Crystal Lucas-Perry, a “Law & Order: Special Victims Unit” veteran, takes on John Adams. More happy news: Diane Paulus, the Tony-winning wizard behind the revivals of “Hair” and “Pippin,” directs, alongside Jeffrey L. Page. Now in previews at the American Airlines Theater.

However, that didn’t deter David Lindsay-Abaire from turning his Pulitzer winning play, “Kimberly Akimbo,” into a musical, with a score by Jeanine (“Fun Home”) Tesori.
Despite the dark subject matter, critics who saw the show last year at off-Broadway’s Atlantic Theater Company declared it a life-affirming triumph.

Victoria Clark, who elevates every show she’s in (from “The Light in the Piazza” to “Sister Act”) plays the wise and witty teen of the title. Steven Boyer, hilarious as the demonically possessed teen in “Hand to God,” plays Kimberly’s hopelessly inept father; Alli Mauzey, a former Glinda of “Wicked,” is cast as Kimberly’s mess of a mom. Previews start Oct. 12 at the Booth.

Back with a bang is “KPOP,” which exploded five years ago across two floors of a building in Hell’s Kitchen. Like “Sleep No More,” it was a completely immersive experience, with spectators following the actors around a (fictitious) Korean hit factory. Part satire and part soap opera, it climaxed with a full-on concert. God knows how this will all play out at the Circle in the Square, where previews begin Oct. 13. Real-life K-pop star Luna (pictured left) heads the cast.

Imagine what life might have been like for Romeo’s other half if she had soldiered on alone. Enter “& Juliet” (Oct. 28, Stephen Sondheim), Shakespeare’s story of young love set in the now, with pop music to match. The score is by Max Martin (“… Baby One More Time,” “Roar”) and the script, by David West Read, the Emmy-winning writer from “Schitt’s Creek,” so don’t expect anything too tragic.

Paulo Szot, the Brazilian baritone and Metropolitan Opera heartthrob who bewitched Kelli O’Hara’s character in “South Pacific” a decade ago, will sing three songs in this one, including Katy Perry’s “Teenage Dream.” Promises to be an enchanted evening.

“Almost Famous” isn’t the only film title we’ll see on Broadway this year. “Some Like It Hot,” the 1959 Billy Wilder movie that gave us Tony Curtis and Jack Lemmon in drag, is now a musical. Broadway has tried this one before, as 1972’s “Sugar,” music by Jule Styne and Bob Merrill. This time around, Marc Shaiman and Scott Wittman, the wits behind “Hairspray,” score the story of two Prohibition-era jazzmen who witness a mob hit and go on the lam with an all-woman band.

Granted, no Broadway season is complete without at least one catalog musical. Stay tuned for “A Beautiful Noise, the Neil Diamond Musical,” the rare bio show to go the Tony Soprano route, built as it is around its star’s visits with his therapist. Linda Powell, late of Broadway’s “On Golden Pond” (and daughter of the late Secretary of State Colin Powell), plays the good doctor, while two men divvy up the Brooklyn troubadour’s role: Will Swenson as Neil the younger and Mark Jacoby, the bard of the present day. Both received warm reviews when the show premiered in Boston, where Red Sox fans routinely, if inexplicably, burst into “Sweet Caroline” during the eighth inning.

More good news: The director is Michael Mayer, who’s helmed many a hit, including the sublime “Spring Awakening”; the script is by Anthony McCarten (“Bohemian Rhapsody”) and Steven Hoggett (too many terrific credits to mention, but let’s say “Once”) is the choreographer. Jersey boy Bob Gaudio, who knows a little something about music after writing so much of it for the Four Seasons, is one of the lead producers. Previews start Nov. 2 at the Broadhurst.

Start marking your calendars. Broadway is back. 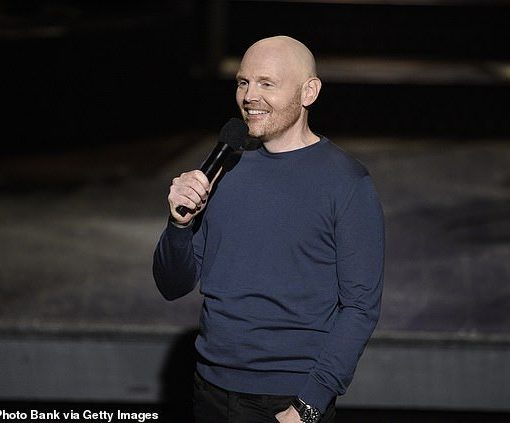 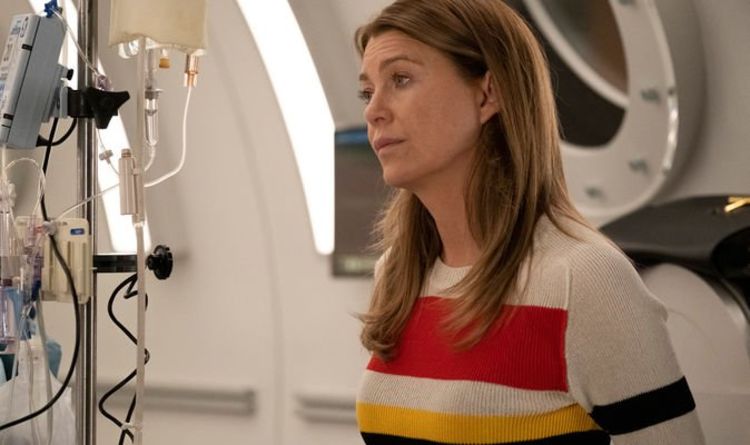 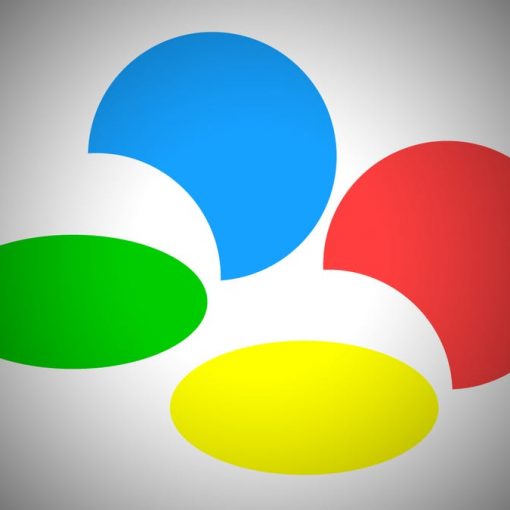 Image: Near / Kotaku The brilliant, highly respected emulator developer Near (previously known as Byuu) appears to have taken their own life. […]