McCabe joined the Observer in 1976 as a sports photographer after briefly working in the music industry. He fell in love with sports photography, later recalling: “One Saturday they were short of a photographer for the Spurs game, my local heroes. Wasn’t Jimmy Greaves the best player ever? Much to their surprise, I got a decent picture of a rare Martin Chivers goal which was published in a couple of the Sunday papers the next day, and one in the next Spurs home programme. I was hooked. The excitement in photography was back.”

Our sports photographer Tom Jenkins says: “When I think of Eamonn, one saying always comes to mind. It has been something of a mantra to me throughout my career as a sports photographer and one he told me countless times when he was my picture editor at the Guardian: ‘You make your own luck, son.’ It’s his version of the golfer Gary Player’s famous quote: ‘The more I practise, the luckier I get.’”

In practical photography terms, Jenkins says, it means always looking and striving for good pictures and always being ready. “If you’re not there, primed for the picture, you’ll never get it. This is perfectly illustrated in one of his earlier shots, the classic 1977 Ladies’ Day at Royal Ascot, where every component of the picture works itself into the right spot, and to cap it off the woman has a massive yawn.”

Jenkins adds that formal shape and a whimsical sense of humour played a large part in McCabe’s sports work, “like the time he pictured the bald Bristol City goalkeeper John Shaw looking like he was about to boot his own head into the centre-circle. Eamonn was always on the look out for something different, never content with obvious photos.”

Jenkins says McCabe’s beautiful image of the boxer Sylvester Mittee wrapping his hands with bandages before a training session is another prime example of this: “A close-up moment that probably no other photographer at the time would have bothered with.”

McCabe said of the Mittee image: “It was taken in a small dark boxer’s gym … As I turned up for his sparring session he was just putting on the last bits of tape to protect his hands. I grabbed a 180mm lens, quite long for indoor work, but it paid off. The effect was to throw everything out of focus except the bandaging and texture of his fingers. If I had used a shorter lens more would have been in focus and the picture would not have been as strong.”

It was this approach to photographing sport that both appealed to and inspired me. Keen on both sport and photography as a teenager, I’d bought his book ‘Sports Photographer’ and he made me realise it was a career I wanted too

McCabe was equally adept at capturing a striking portrait of a sports person as he was depicting historic moments, like the sinking of the Cambridge Boat Race crew.

Jenkins recalls: “He always knew exactly when it was time to concentrate on the real news story of the day, such as his haunting, horrifying image of Juventus fans at the 1985 Heysel disaster. All set up to photograph a football match he quickly realised what was happening and managed to capture a couple of frames. As he later said: ‘I was there and doing my job.’ It wasn’t nice but he knew he had to do it.”

McCabe said of the event: “I went as a sports photographer, thrilled to be covering Juventus against Liverpool, and ended up a news photographer, as the whole thing turned into a terrifying disaster in which 39 supporters were killed. I’ll never forget a young Juventus supporter standing alone on the terraces, surrounded by dead men’s shoes, crying out for his friend, ‘Mario, Mario …’ I never processed the films from the game itself. They didn’t seem to be very important.”

It was in the late 80s that he started to move towards landscape and portrait photography.

“I will always think of him primarily as a sports photographer,” says Jenkins. “That is where he made his name, the genre where he was at his most innovative. Who, back in 1978, would have taken a picture like the table tennis one? He had such an intuitive knowledge of sport, an understanding of what was happening and what could happen next. This goes back to the making of your own luck. It made him a truly fantastic photographer.”

From 2000 McCabe began to focus on arts portraits. Roger Tooth, the Guardian’s head of photography after McCabe, says: “Eamonn was a brilliant photographer and picture editor with a natural talent for capturing or identifying the unusual or unseen. With his natural warmth he was always an encouraging presence wherever he was. He was also a great teacher who let his students and his Guardian team express themselves. His was a light touch – he always said a life in photography was so much better than working. His bonhomie disguised a seriousness about his own work though. His amazingly original Observer sports images and his later Guardian portraits were meticulously planned.”

Tooth adds: “He loved the clean simplicity of black and white photography, but embraced large format colour film for his later portraits. He used a Hassleblad and made his own scans of his work when digital imagery took over newspapers.”

“While the majority of his pictures were pre-planned or shot from a pre-determined place in a stadium or on a court, he also witnessed news events,” Tooth recalls. “He had an uncanny ability to be in the right place at the right time. He always favoured a direct approach with his portraits. He liked his subjects to confront his camera and, by extension, the viewer. He tried to travel light, something that became more difficult when he started using medium format and lighting his sitters for colour photography. Despite this, he worked quickly – his background was in press photography where speed is the essence.”

Lisa Allardice, the editor of Guardian Review from 2007 to 2016, says: “Eamonn McCabe’s charm was legendary. I once spent a rather awkward hour trying to interview the formidable Doris Lessing in her rickety West Hampstead home. Eamonn arrived and she was immediately all twinkles and smiles. She even offered him a cup of tea. Although best-known for his unforgettable portraits, he was game for a new series called Writers’ Rooms – photographs of writers’ studies, without the writer. Where the idea was initially met with scepticism – who wants to look at someone’s desk? – it turned out to be a huge hit. Beryl Bainbridge, Seamus Heaney, Hilary Mantel – many giants of the books world welcomed him into their private creative spaces, where he captured an intimate portrait of the writer, even without them in the frame. The series gave rise to a small show in London’s West End and he always hoped to make them into a book. He was a joy to work with both as an editor and a writer.”

The Guardian writer Simon Hattenstone says: “I loved working with him. It was the first time I felt like a grownup. There were so many memorable trips – to deepest Ireland to meet the Brighton bomber Patrick Magee, to the beautiful Larzac plateau in southern France to see the activist farmer José Bové, to Germany to be bawled at by the monstrous genius Lou Reed. Sometimes we got to meet heroes … We knew we’d lucked out with this gig.

“Eamonn was astonishingly quick, he never panicked, and he was fantastically unobtrusive,” says Hattenstone. “Often the photo was done before the subjects had time to smile or stiffen up. When we started working together he used an old-fashioned Hasselblad camera, which only allowed him to take a few photos. It was a great discipline. Nothing could be wasted. I never saw Eamonn angst over a pic. Writers and photographers often argue over time, or who goes first. We never did. My favourite times were when he snapped and I talked.

“For me, the best feeling in journalism is working closely as a team with a photographer you trust. Just the two of us, dependent on each other to get it right, and not to ruin it for the other. I’ve never felt quite as much part of a team as when working with Eamonn.”

Nicholas Wroe remembers the time he first met McCabe: “It was on a Eurostar to Paris in early 1999. He was making his move from legendary sports photography and picture editing to legendary portrait work and we’d been assigned to profile the writer and art historian John Berger. The interview would be 4,000 words long. ‘That’s a big caption for my portrait,’ he laughed. For the next 15 or so years we travelled the world together meeting writers, musicians, artists and even other photographers. The edgily amicable, sparring between Eamonn and David Bailey has stayed long in the memory.”

Wroe adds: “Eamonn of course knew Bailey, but he would usually refer to our subjects, no matter how famous, as ‘the great man’ or ‘great woman’, sometimes defaulting to ‘Sir’ – ‘a little more this way, sir’ – as he cajoled them into putting on a scarf or finding another pose or turning up the collar of a coat. The subjects loved him for it and the results spoke for themselves: an agonised Desmond Tutu with his head buried in his hands, Jan Morris laughing in the garden … Alfred Brendel at his piano.

“We last had contact this spring when I sent Eamonn a photo of a Parisian restaurant we would go to while waiting for our train home. ‘Happy times’, he replied. They were,” Wroe recalls. “I miss being his caption writer and I miss him. As much as any of the people he photographed, he was also a ‘great man’.” 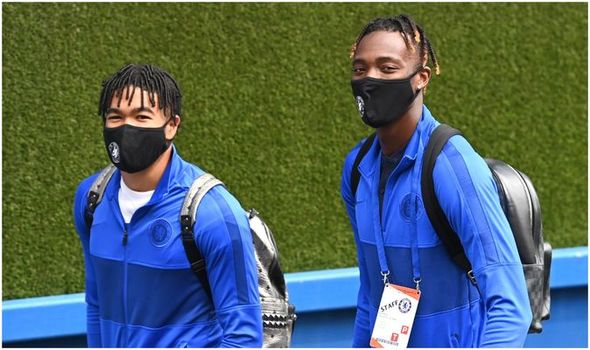