October 3 – The San Diego Padres clinched their first full-season playoff berth since 2006 Sunday afternoon despite losing 2-1 to the visiting Chicago White Sox in the rubber match of a three-game series.

The Padres officially claimed a wild-card berth with one out in the bottom of the seventh inning when Miami defeated the Brewers in 12 innings in Milwaukee. San Diego had also reached the playoffs in the pandemic-shortened 2020 season.

The Padres were trailing the White Sox 2-0 at the moment of the Brewers’ defeat. Josh Bell stepped out of the batter’s box as the crowd of 41,407 — the 26th sellout this season at Petco Park — cheered.

The Padres fell to 87-72 and had their lead over Philadelphia reduced to one game in the ongoing race for the second wild-card spot in the National League.

Ben Gamel hit a three-run home run as visiting Pittsburgh rallied for a victory that put a damper on St. Louis’ day of celebration.

The Cardinals honored Albert Pujols and Yadier Molina, who played their final regular-season home games before retirement. Pujols hit his 702nd career homer and drove in three runs for the Cardinals, tying Babe Ruth for second place on the all-time RBI list with 2,214.

Dansby Swanson and Matt Olson both homered for the third straight game to lead host Atlanta to a win over New York, giving the Braves a sweep of the three-game series and lowering their magic number to win the National League East to one.

Swanson’s 25th homer and Olson’s 33rd homer gives the Braves 241, the second most in franchise history, bettered only by the 249 struck in 2019. Atlanta starter Charlie Morton pitched 4 1/3 innings and gave up three runs on nine hits — two of them homers.

New York starter and loser Chris Bassitt (15-9) struggled with control and left after working a season-low 2 2/3 innings and throwing 70 pitches. He allowed four runs on three hits, including a home run.

Washington scored its lone run in the sixth inning on a RBI groundout by Joey Meneses. Washington finished the season with 55 home losses.

Michael Toglia and Sean Bouchard had two hits each and Daniel Bard struck out six over the final two innings to pick up his 33rd save for Colorado. Trayce Thompson had two hits for the Dodgers, who also saw their four-game winning streak snapped.

Marquez (9-13) gave up only one run on a hit, struck out eight and walked three before departing in his last start of the season after six innings. Dodgers starter Tyler Anderson (15-5) allowed two runs on six hits and struck out 10 in five innings. He didn’t walk anyone.

Eric Haase and Victor Reyes hit solo home runs and Detroit closed out its home schedule with a victory over Minnesota.

The Twins scored both their runs in the fifth. After recording an out, Tigers starter Joey Wentz lost his control. Gilberto Celestino, Jose Miranda and Carlos Correa walked to force in a run. Nick Gordon’s sacrifice fly brought in Celestino to pull within 3-2 and ended Wentz’s day. Will Vest retired Urshela on a flyout to keep Detroit in front.

Aaron Judge went 0-for-3 with a walk and three strikeouts in his final attempt at home to get his 62nd home run of the season as New York lost to Baltimore.

New York scored its only run when Aaron Hicks scored on a wild pitch and throwing error by Adley Rutschman when the catcher attempted to get Judge at second in the fifth inning. Yankees spot starter Chi Chi Gonzalez allowed one run on four hits in 4 2/3 innings, and Aroldis Chapman (3-4) took the loss.

Toronto took the season series between the teams 16-3. Winner Zach Pop (4-0) replaced Kevin Gausman in the fourth and retired six straight batters, and Jordan Romano later earned his 36th save.

After being outscored 19-0 in the first two games of the series, the Red Sox scored twice in the second inning on Sunday. Hernandez led off the Toronto second with his 24th homer of the season to cut the Jays’ deficit to 2-1. Whit Merrifield led off the home third with his 11th home run of the season to tie the score.

Will Brennan clubbed his first major league home run to help Cleveland to a win over visiting Kansas City in the third game of a six-game series.

The Guardians scored six runs in the second inning, all with two outs. Max Castillo (0-2) got two outs after allowing a pair of baserunners, but Brennan pulled an 0-2 fastball over the fence in right for a three-run homer and a 4-0 lead. Amed Rosario and Jose Ramirez followed with singles before Josh Naylor came up and belted a slider over the fence in right for another three-run homer and a 7-0 lead.

Castillo allowed seven runs and eight hits in five innings. He struck out five and walked two. MJ Melendez and Vinnie Pasquantino each had three hits and an RBI for the Royals, who have dropped five of six.

Jeremy Pena homered and collected all three of the Houston’s RBIs as the host Astros beat Tampa Bay in the finale of a three-game series between playoff-bound teams.

Pena, capping a solid rookie season, hit a two-run home run in the first off Rays starter Corey Kluber. It was the 21st homer for Pena, tied for third most all-time by an Astros rookie with Lance Berkman (2000) and one round-tripper behind Carlos Correa, Pena’s predecessor as Houston’s shortstop.

Luis Garcia (15-8) earned the win for the Astros after allowing one run on three hits — including Christian Bethancourt’s second-inning RBI single — and one walk while striking out four over six innings.

Miguel Rojas singled in the go-ahead run with two outs in the 12th inning as Miami defeated Milwaukee.

After the Marlins failed to score in the top of the 11th, Milwaukee loaded the bases with one out in the bottom half, but Huascar Brazoban (1-1) struck out Luis Urias and got Tyrone Taylor on a force-out bouncer to third.

Each team scored a run in the 10th. Joey Wendle had an RBI single for the Marlins, and Willy Adames answered with a run-scoring single in the bottom half. Milwaukee tied it 2-2 in the ninth off Dylan Floro. Hunter Renfroe doubled into the right field corner with one out and Kolten Wong followed with an RBI single.

Nelson Velazquez had a two-run double during a five-run first inning and later added a two-run triple to lead host Chicago over Cincinnati to its seventh straight victory.

Marcus Stroman scattered five hits over six shutout innings. It was the fourth consecutive quality start for Stroman (6-7), who walked two and struck out seven, one shy of his season high. Ian Happ had three hits and an RBI and Nico Hoerner had two RBIs and two runs.

Jonathan India went 2-for-3 with an RBI and Chuckie Robinson had a double for the Reds, who lost their sixth straight game and for the 19th time in the last 23 games.

Jake McCarthy’s third hit of the game, a one-out single, had scored designated runner Daulton Varsho from second base to put the Diamondbacks up 3-2 in the top of the 10th. With Mike Yastrzemski starting the Giants’ half of the inning on second, Wilmer Flores walked and J.D. Davis loaded the bases with an infield single, setting the stage for Villar, who hit the first pitch he saw into left field.

The Diamondbacks trailed 2-1 entering the eighth but got an RBI double from Josh Rojas, leading to the late dramatics.

Angels starter Tucker Davidson gave up three runs and three hits, but struggled with his control, walking five and lasting just 4 1/3 innings. Jaime Barria (3-3), one of four Angels relievers, got the victory over Rangers starter Tyson Miller (1-2), who gave up seven runs on nine hits and three walks in four innings. The Angels had 14 hits in all, including three apiece from Soto, Mike Trout and Taylor Ward.

The Rangers scored all three of their runs in the fifth. Corey Seager hit a two-run homer, and Nathaniel Lowe walked, went to third on a double by Adolis Garcia and scored on a groundout by Josh Jung.

Cristian Pache and Nick Allen also went deep for the A’s, who snapped a six-game losing streak. Seattle’s Jesse Winker hit a three-run homer with one out in the bottom of the ninth inning to spoil the shutout bid.

Kaprielian (5-9), facing the Mariners for the sixth time this season, didn’t allow a hit until Ty France lined a two-out single to left field in the sixth. The right-hander walked two and struck out seven. Mariners lefty Robbie Ray (12-12) wasn’t at his sharpest, allowing six runs (five earned) on eight hits in 5 2/3 innings, with three walks and three strikeouts. 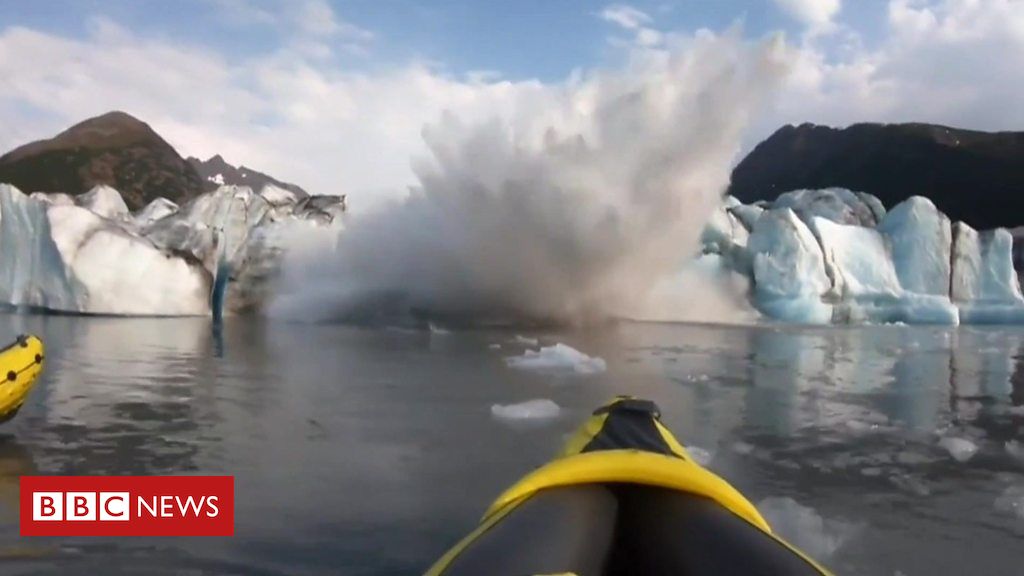 Chunks of falling glacier caused a massive wave that came straight at a pair of kayakers in Alaska. source: bbc.com 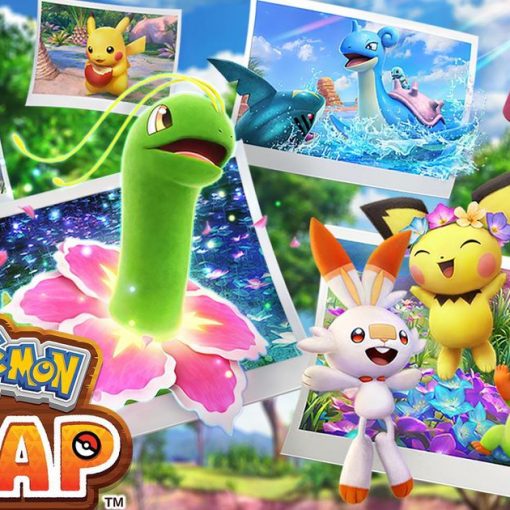 We’re almost halfway through 2021 and now feels as good a time as any to pick up a Nintendo Switch. First off, […] 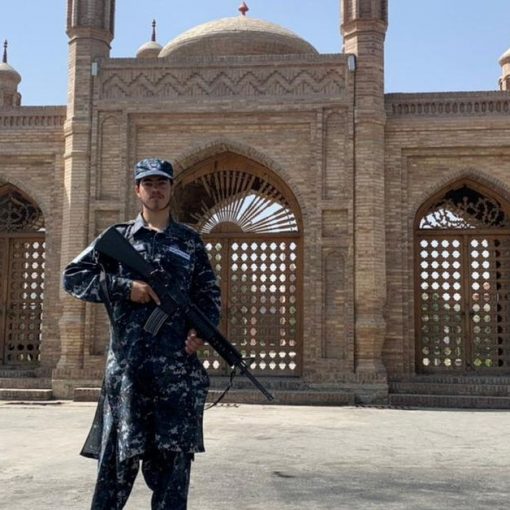 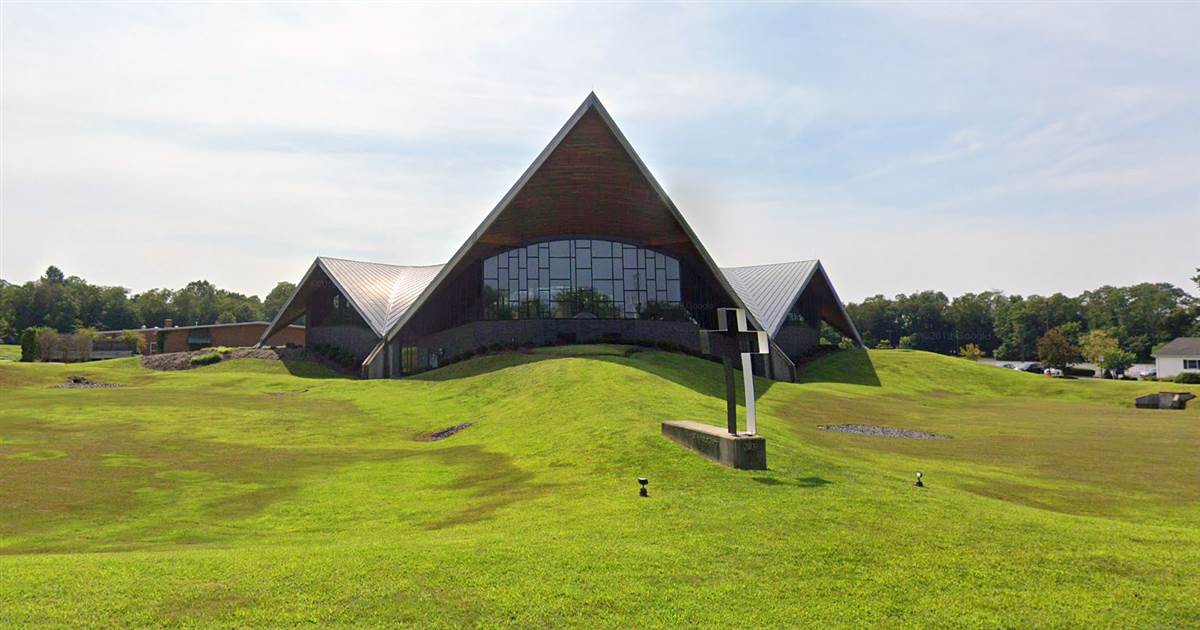