Saturday Night Live returns for its 48th season amid one of the largest cast shake ups in its history. Kate McKinnon, Aidy Bryant, Pete Davidson and Kyle Mooney all said goodbye at the end of last season, while Melissa Villaseñor, Alex Moffat, Chris Redd and featured player Aristotle Athari announced their departures over the past few weeks.

This is all good news, since SNL has been noticeably overstuffed for years. But lest you think there was any plan to return to the smaller cast size of decades past, this season will introduce four new faces: Marcello Hernandez, Devon Walker, Molly Kearney and Michael Longfellow.

The show goes meta with its cold open: retired football stars and brothers Peyton (Miles Teller) and Eli (Andrew Dismukes) Manning tune in to SNL to give play-by-play (or joke-by-joke) commentary. They utterly eviscerate a run-of-the-mill Trump/Mar-a-Lago sketch (“Never seen that before,” Peyton scoffs), running it down for its smugness, clumsiness, “desperate reach for relevancy”, and “gratuitous stunt casting” (Sean White shows up, as does Jon Hamm to jaw with Teller over who the bigger celebrity is between them).

While there aren’t many big laughs to be mined (par the course for comedy about comedy), it is an accurate and deservedly brutal appraisal of the laziness that’s come to define the show – and particularly the cold opens – in recent years. It is probably too much to hope this is any kind of mission statement moving forward, but hey, the first step to recovery is admitting you’ve got a problem.

Teller takes the stage for his monologue. The actor, who’s had a huge summer thanks to his starring role in mega-blockbuster Top Gun: Maverick (as well as Paramount Plus’s ridiculous and ridiculously fun The Offer), talks about how great it was to work with Tom Cruise (“He did his own stunts, I grew my own mustache”), pokes fun at his lack of musical skills and rolls footage of an embarrassing (but endearing) home video from his childhood in which he and his sisters recreate an SNL sketch from the time. In it, he plays Cheri Oteri to his sister’s Will Ferrell. Like the cold open, it’s not big on laughs, but Teller has an easy charm and movie star swagger that suggests he’ll make a solid host.

Send Something Normal bills itself as “America’s easiest game show”. The rules are simple: players are asked to respond to women’s DMs in a normal way to win $100m. Contestants include cartoonishly horny singer Adam Levine (Mikey Day), violently unhinged and disgraced actor Armie Hammer (James Austin Johnson), a nerdy but equally sleazy Neil deGrasse Tyson (Kenan Thompson), and returning champion Bowen Yang, who is on track to win until it’s revealed that the woman messaging him is Dua Lipa, at which point he becomes a slobbering horndog like the others. A clever, enjoyable new entry in SNL’s game show repertoire.

Next, a violent bank robbery goes off the rails when several of the hostages get notifications from the photo sharing app BeReal. The “only honest social media” blows the mind of Teller’s bank robber. So impressed is he by the platform’s mission (“No more curation – I don’t care who knows what I’m doing right now, I’m gonna be real”) that he doesn’t mind getting busted. Short, sweet and the rare example where SNL isn’t too far behind a new social media trend.

A commercial for Charmin sees the family of blue, bathroom-obsessed bears take a break from celebrating their beloved toiletries when son Toby gets a letter of acceptance from Toilet Paper College and (or TCP). His family is overcome with pride and joy, only to be crushed when Toby reveals that he doesn’t want to earn a BFA (Bachelor of Flushing Arts), but that he wants to dance instead. What threatens to be the first big stinker of the night wraps up before it has a chance to make any real impression one way or the other.

At the swanky Cloud Bar, Teller and Day star as day traders looking to pick up “two fineys”. The girls who approach them are game, until they quickly realize that the finance bros are total losers and tongue-tied dweebs. There’s nothing beyond the initial setup and it goes on a bit too long, but it’s a fun enough showcase for Day’s style of cringe comedy.

The episode finally stumbles when Chloe Fineman plays Nicole Kidman in AMC’s ubiquitous “Heartbreak Feels Good in a Place Like This” pre show ad. Way past the point of relevancy, there’s not even any joke here – Kidman briefly gains superpowers, but she doesn’t actually do anything with them – and the impression is not at all convincing (Fineman, one of the show’s weakest links, hits way too hard on an Australian accent that Kidman hasn’t really had for years).

The turnover in cast hasn’t affected Weekend Update, with Michael Che and Colin Jost (who, rumor has it, is being primed to take over for Lorne Michaels when he eventually retires) still on desk duty. Their first guests are Mitch McConnell (Johnson) and Georgia Senate hopeful and former NFL running back Herschel Walker (Thompson). McConnell stumbles his way through a defense of why Walker – who has no experience or even understanding of politics – should be in Congress, while Walker rambles about his bugnuts policy proposals, such as “Barbeque Tuesday”, “Daytime moon (that way there’s no more rain)”, “Create a department of Instagram booty (too many girls out here faking their cake).” Johnson is the best impressionist the show has had for ages, but his McConnell can use some work. Thompson’s Walker, meanwhile, is indistinguishable from any number of friendly doofuses he’s played before.

They’re followed by new featured player Mark Longfellow, there to discuss the backlash Euphoria actress Sydney Sweeney received a few weeks ago after posing for pictures with family members who appeared to be Trump supporters. Longfellow is worried that his own conservative Arizona family – particularly his anti-vax, Trump voting dad – will get him in hot water with the public. He encourages fellow children of conservative parents to stand up to them, saying “When I found out my dad was voting for Trump, I sat him down and I told him, ‘Hey, you keep going down this path, I may have to pay for my own car insurance next year.’” Longfellow is a tad stilted and awkward, but his delivery has an interesting throwback quality reminiscent of 90s-era standups.

Update wraps up with Yang – playing a belligerent lantern fly – at his most shouty and obnoxious. Then, the various McDonald’s characters are surprised to find that their friend The Grimace (Teller) “lost 300lb and got yoked up” over the summer. He also got divorced and came out as bi. His new, sense of self-discovery leads to a rambling, hard-to-follow story from Thompson’s Mayor McCheese, before everything abruptly ends.

The final sketch of the night, Caribbean Queens, is a resort and spa talk show hosted by two fun-loving, hard drinking and Billy Ocean-obsessed gals (Ego Nwodim and Heidi Gardner). Their guests, as always, are “some hunky guys we met last night that now we’re going to speak to in the light of day”. The men, including Thompson’s regretful catheter salesman and Teller’s game white rapper, dance with the women and … that’s it. This one is as forgettable as they come. (It also seems like it’s going for a Barb and Star Go to Vista Del Mar thing, which … why not just wait until Kristen Wiig makes her inevitable seasonal appearance?)

None of the last several SNL season openers have proved particularly memorable, so there was no reason to expect this one would buck the trend. It certainly wasn’t a terrible showing – Teller was a good host (although he could have been used more) and there were some clever, if not necessarily hilarious sketches and jokes (particularly that clear-eyed cold open). That said, the cast is still too big, and the hit-to-miss ratio of the sketches is still falling on the wrong side of the equation. 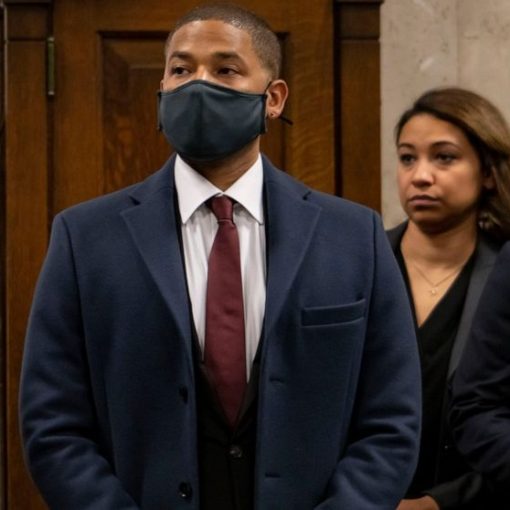 CHICAGO — A judge sentenced Jussie Smollett to 150 days in jail, branding the Black and gay actor a narcissistic charlatan for […] 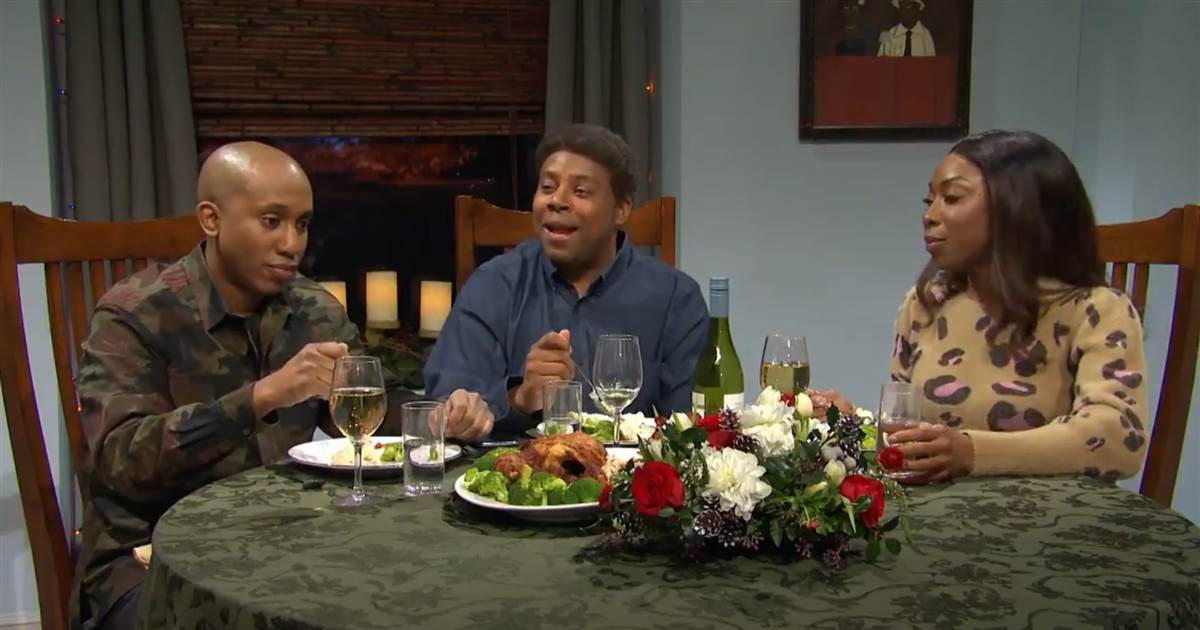 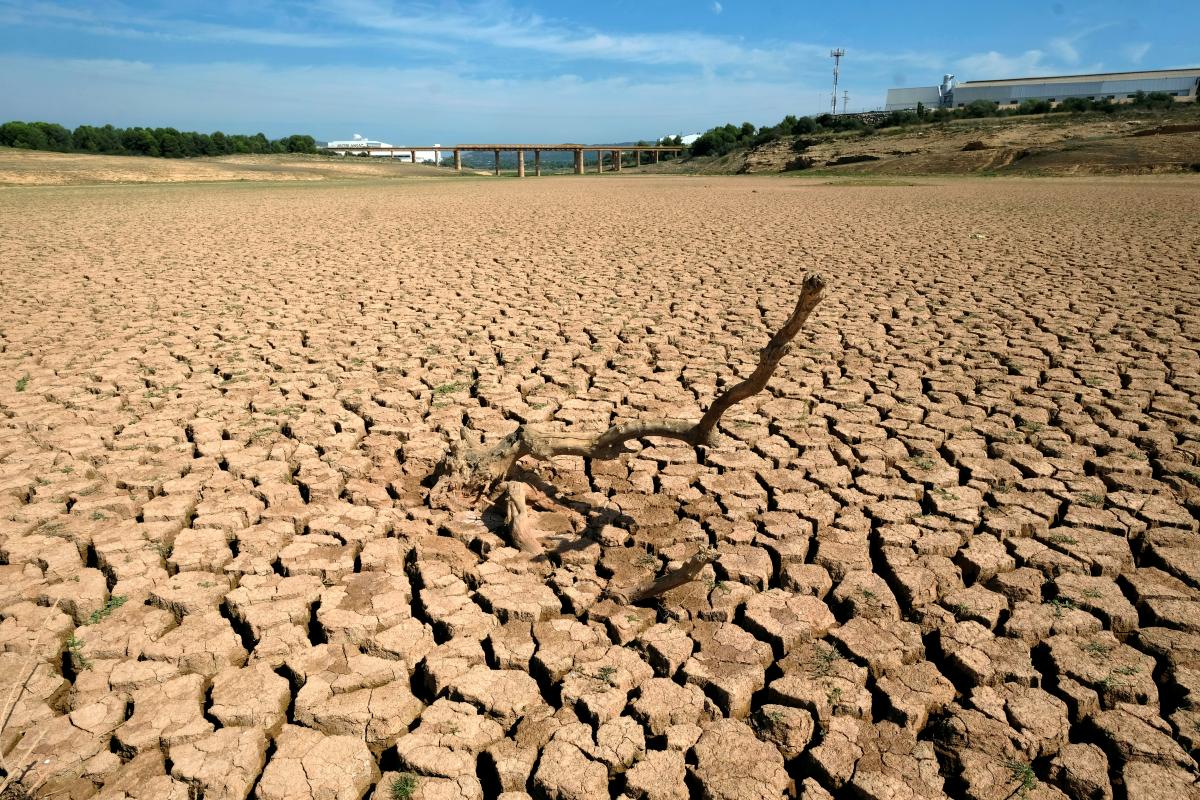 WASHINGTON (Reuters) – The U.S. State Department said in a report released by the investigative arm of Congress on Thursday it may […]