This is the moment a weather plane flew through the eye of one of the strongest storms to hit the U.S. mainland in years in what was a truly terrifying journey.

Incredible footage from inside a National Oceanic and Atmospheric Administration (NOAA) aircraft showed the brave crew of ‘hurricane hunters’ being tossed around as they were buffeted by huge turbulence from Hurricane Ian.

Equipment rattled around the cabin and crewmembers were jolted out of their seats as a scarcely believable lightning storm raged outside the aircraft’s windows, completely illuminating the night sky in the early hours of Wednesday morning.

NOAA engineer Nick Underwood, a six-year hurricane hunting veteran who captured the hair-raising clip said on Twitter: ‘When I say this was the roughest flight of my career so far, I mean it. I have never seen the bunks come out like that… I’ve never seen so much lightning in the eye.’

The category 4 hurricane plowed into Florida’s Gulf Coast with catastrophic force on Wednesday, unleashing howling 150mph winds, torrential rains and a treacherous wave of ocean surf which surged through thousands of homes.

Ian has now been downgraded to a tropical storm, but flood warnings are still in place across the state of Florida and 2 million have been left without power. 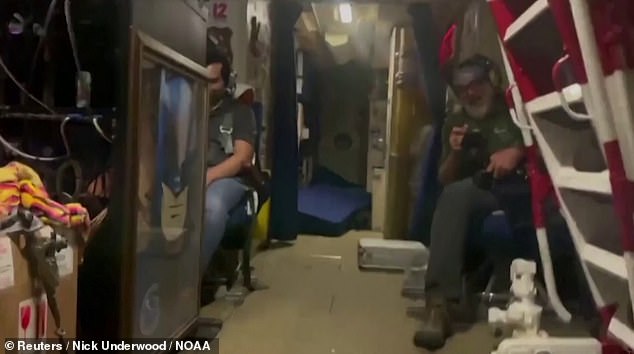 Equipment was strewn about the cabin, bunks fell out of their beds and huge lightning flashes were visible through the window 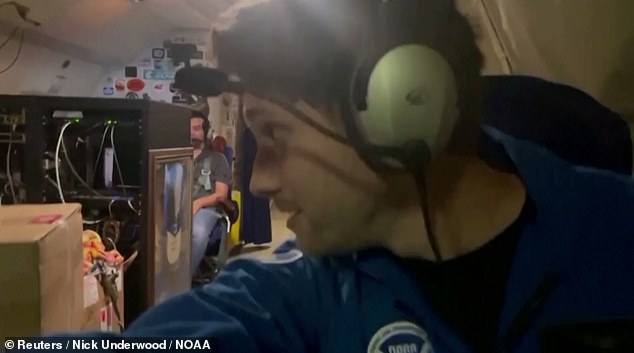 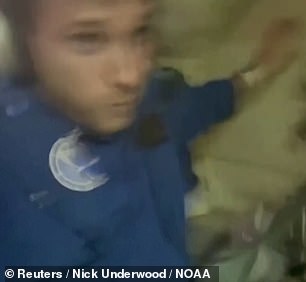 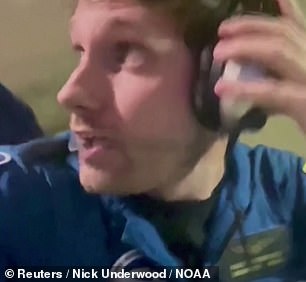 Equipment rattled around the cabin and crewmembers were jolted out of their seats. NOAA engineer Nick Underwood captured the ordeal on camera 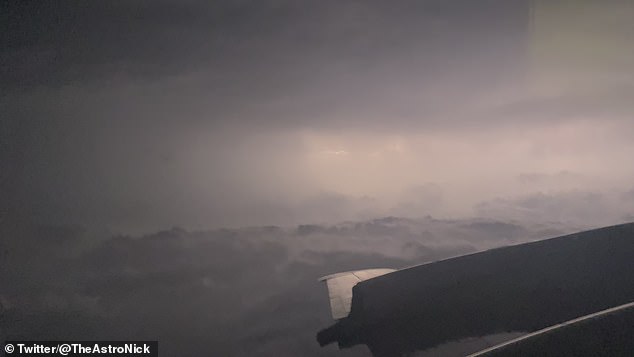 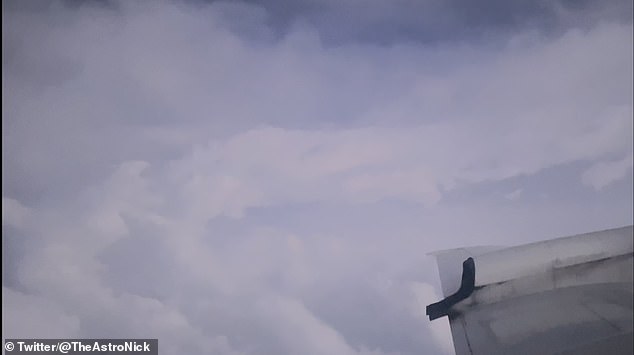 The category 4 hurricane plowed into Florida’s Gulf Coast with catastrophic force on Wednesday, unleashing howling 150mph winds, torrential rains and a treacherous wave of ocean surf which surged through thousands of homes 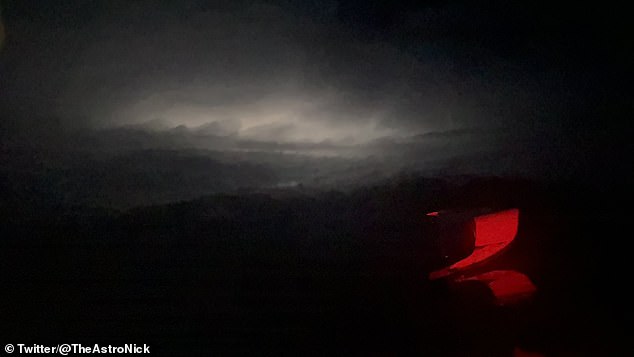 Images show near-darkness in the eye of the storm

Speaking to NBC10 Boston, Underwood said: ‘It was just a lot of turbulence in a lateral direction. Normally we get the up and down stuff, but getting tossed side to side is a lot more unnerving than you would expect.

‘Something that sort of added to the environment was the amount of lightning, both in the eyewall, and then once we got into the eye even. I’ve never seen so much lightning inside of a hurricane.’

Hurricane hunting is a vital pursuit. While satellites are able to track hurricanes and provide information about their formation and general trajectory, only aircraft can fly into the eye of the storm to gather a treasure trove of data to accurately predict hurricane development and movement.

Ian quickly transformed an idyllic stretch of sandy beaches and coastal towns into a disaster zone inundated by seawater.

Early video images of the storm’s fury on local TV and social media showed floodwaters sweeping away cars, nearly reaching rooftops in some communities and the ruins of homes as palm trees were bent almost in half. 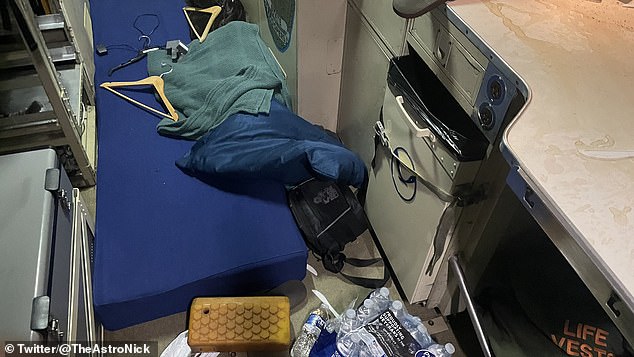 Crew members belongings are scattered around during the flight 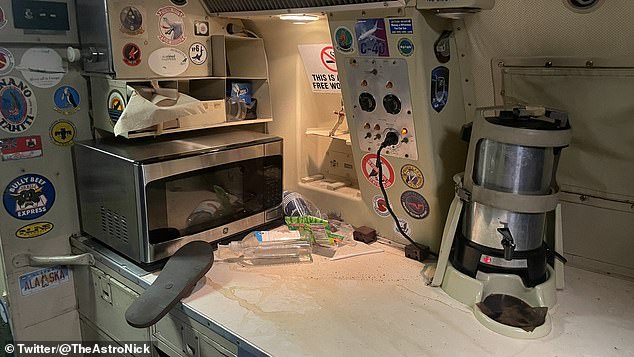 Up to 30 inches (76 cm) of rain is forecast to fall on parts of central Florida in the coming days as the storm moves inland, threatening to cause extensive flash floods.

Nearly 2 million homes and businesses statewide were without power early this morning.

‘This storm is doing a number on the state of Florida,’ said Governor Ron DeSantis, who asked U.S. President Joe Biden to approve a major federal disaster declaration providing a wide range of U.S. emergency aid to the entire state.

U.S. border authorities said 20 Cuban migrants were missing after their boat sank off the Florida coast as Ian neared the coast on Wednesday.

There were no immediate official reports of other storm-related casualties.

An unknown number of people were stranded in ‘high-risk’ evacuation zones and in need of help after defying orders to seek higher ground, but rescue crews were unable to immediately reach them, the governor said. 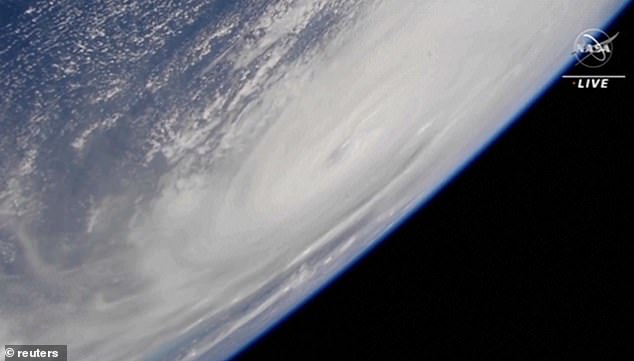 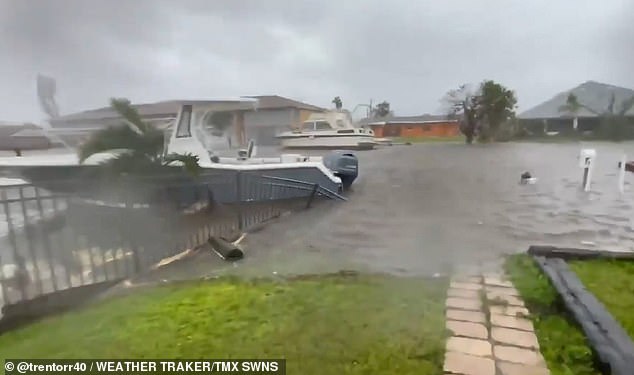 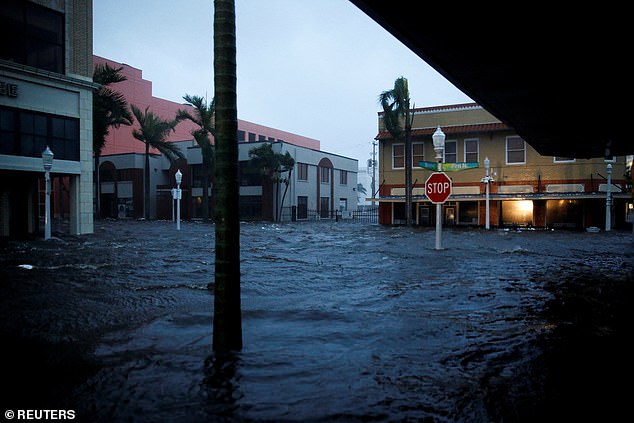 Having swept past Cuba on Tuesday, leaving it without power for hours, Ian made landfall in Florida at 3:05 p.m. EDT (1905 GMT) on Wednesday near Cayo Costa, a barrier island just west of Fort Myers, the U.S. National Hurricane Center (NHC) reported.

The storm’s peak wind speeds put it just shy of a Category 5 designation on the Saffir-Simpson scale, the maximum classification.

Ian then churned ashore on Florida’s mainland, south of the harborside town of Punta Gorda, with slightly diminished winds topping out at 145 mph.

DeSantis said Ian had generated life-threatening storm surges – waves of wind-driven seawater rushing in along the coast – of up to 12 feet (3.7 meters) in some places. Forecasters also warned of intense thunderstorms and possible tornadoes.

‘This is a storm that we will talk about for many years to come, an historic event,’ said Ken Graham, director of the National Weather Service. 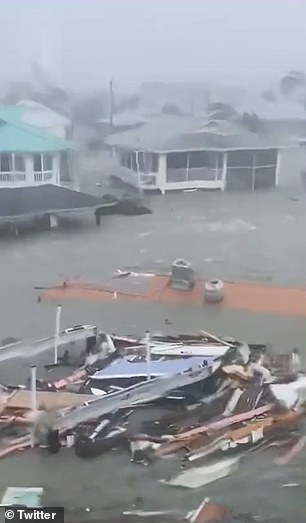 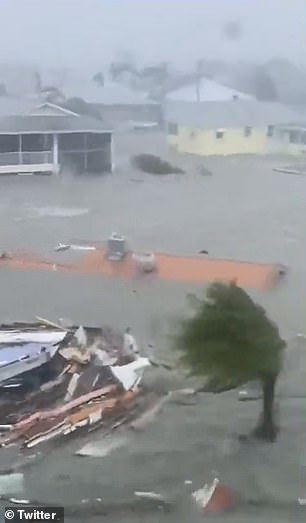 Video images of the storm’s fury on local TV and social media showed floodwater nearly reaching rooftops in some communities, sweeping away cars and the ruins of homes as palm trees were bent almost in half. Pictured: Stills from video shows an orange roof of a house floating down a flooded street in Naples 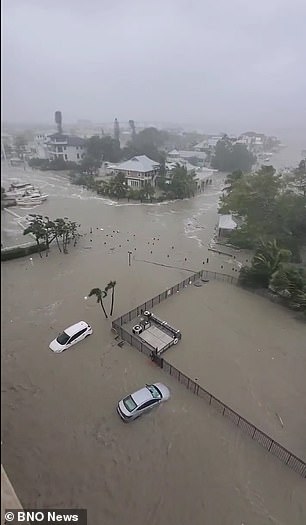 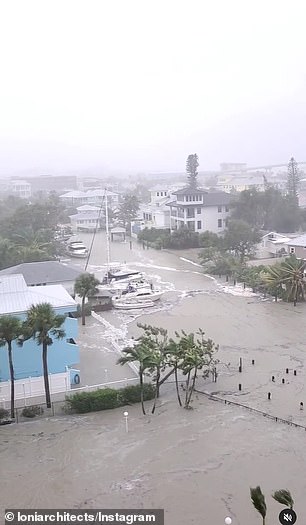 Hurricane Ian is barreling its way across Florida, leaving a devastating trail of destruction in its wake as scores of people remain trapped in their flooded homes and two million are without power

The sprawling, slow-moving storm pushed farther inland as darkness fell, and within six hours of landfall was downgraded to Category 2, with top sustained winds of 105 mph (170 kmh), the NHC reported.

Further weakening was forecast over the next day or so as Ian crosses the Florida peninsula on a northeasterly track, expected to reach the Atlantic Coast and hit the Kennedy Space Center on Thursday afternoon. 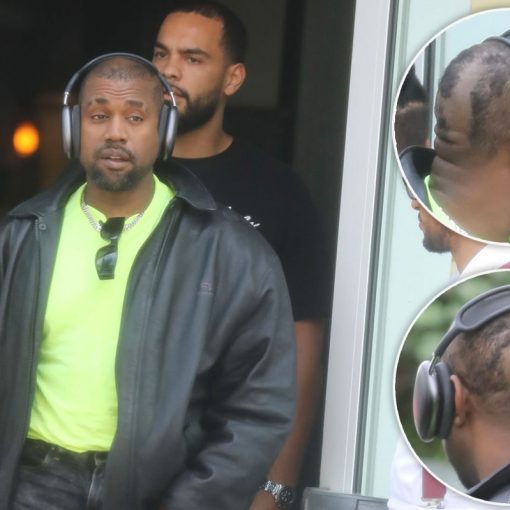 Kanye “Ye” West gets the finest cuts at the steakhouse, it seems. Shame the same can’t be said of the barbershop. Spies […]

On Tuesday night in Paris, in the quarter-finals at Roland Garros, Rafael Nadal and Novak Djokovic contested yet another epic contest in […] 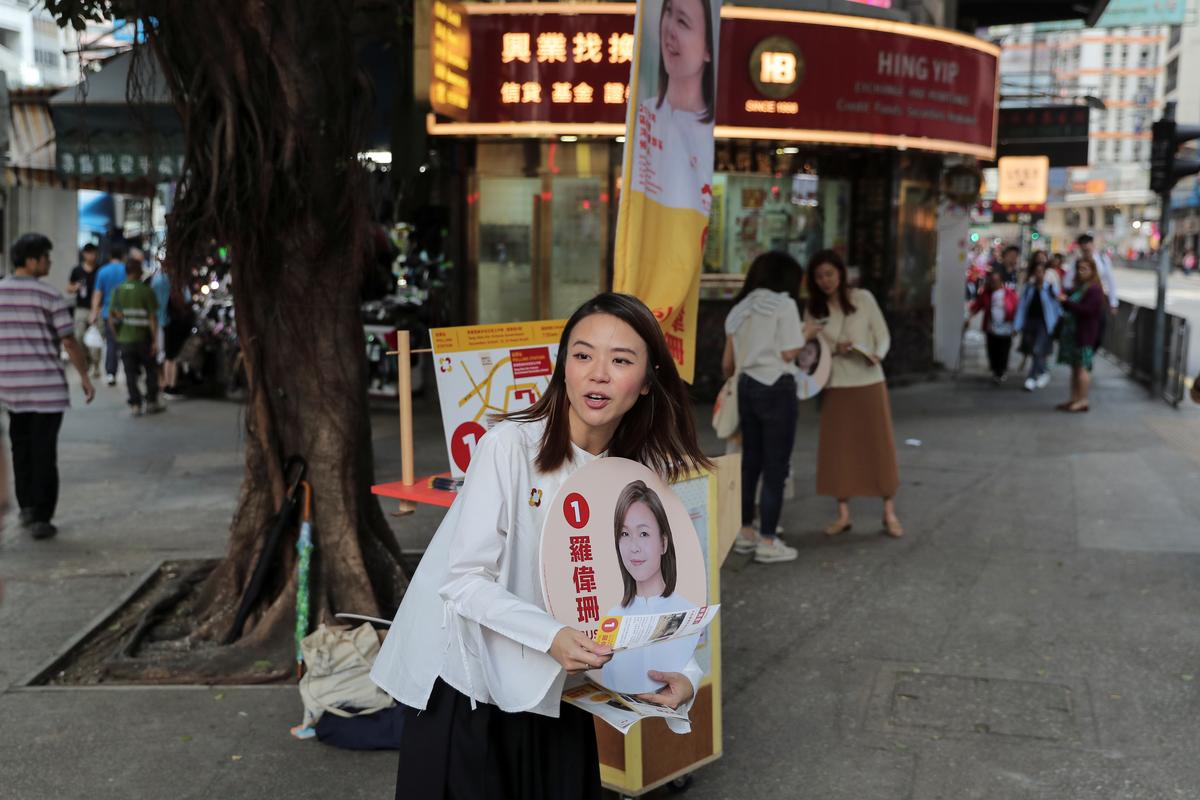 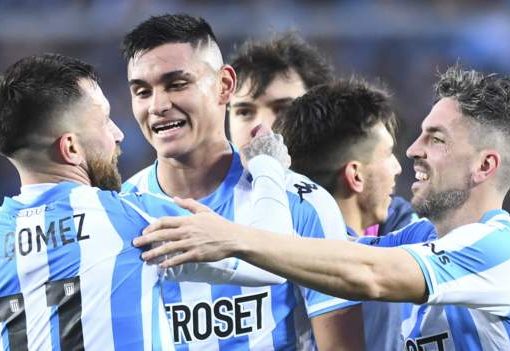