ORLANDO, Fla., Sept 29 (Reuters) – Two G7 countries’ financial market conditions have deteriorated so much that their central banks have been forced to intervene to stop the rot, stabilize prices, and restore order.

While the Bank of Japan’s first yen-buying intervention in 24 years and the Bank of England’s remarkable bond-buying foray seem separate and uniquely domestic issues, they are linked by a common thread that poses growing risks to global financial stability.

The Fed’s relentless interest rate-raising campaign, and resulting worldwide surge in the dollar, is tightening global financial conditions at an alarming pace.

The degree to which this is behind the Japanese yen and UK gilt market turmoil, specifically, is open to question, but it helped expose their fragility.

It is undeniably the biggest single driver of the intense selling and volatility sweeping world markets, and shows little sign of dissipating.

Many feel this should put global financial leaders on the highest contagion alert. Which market might succumb next to evaporating liquidity, forced selling, and gapping prices? Is the mighty U.S. Treasury market immune?

“All markets, even the deepest and most liquid, can be challenged by a loss of confidence in a world in which securities holdings are so widely dispersed,” said Willem Buiter, a former BoE rate-setter.

“Collective action is needed rather than individual action. This is a global issue now, requiring a collective response.”

Buiter reckons a joint G7 and China statement outlining their commitment to global financial stability, and a course of potential coordinated actions across all key markets if needed, would be ideal.

It may prove politically difficult, however, to get the United States or G7 to sign off on anything with China. Next best would be a stand alone G7 statement or communique as a shot across world market bows.

China’s central bank has asked major state-owned banks to be prepared to sell dollars overseas to stem the yuan’s descent. Could that involve selling U.S. Treasuries? If so, some kind of coordinated action later would seem likely.

Despite frequent market scepticism, history shows that coordinated central bank action usually works. If the maxim ‘don’t fight the Fed’ has historical precedence, markets will not be rushing to fight the G7.

There are signs that the recent global market turmoil is opening eyes in Washington.

The International Monetary Fund on Tuesday took the unusual step of openly rebuking a G7 country, saying it is “closely monitoring” recent developments in Britain, and urging the government to rethink its massive fiscal expansion plans.

The White House said on Wednesday that President Joe Biden has directed his economic team “to stay in frequent touch with partners, allies, and key market actors, and to brief him regularly as (market) conditions evolve.”

Financial leaders gather for the IMF and World Bank 2022 annual meetings on October 10-16 in Washington. Could that be the platform for a G7 statement or communique assuring markets that authorities stand ready to ensure their smooth functioning?

They could do with the reassurance.

Global financial conditions are the tightest since 2009, according to Goldman Sachs, the dollar and U.S. bond yields are the highest in decades, equities are having one of their worst years on record, and macro volatility is high and rising.

From historic interest rate cuts in response to the 2008 crisis and subsequent quantitative easing programs running into the trillions of dollars, coordinated market action from major developed countries is not that uncommon.

The Fed also has dollar swap lines with several central banks to provide them with dollar liquidity in the event of an emergency. They have been in place since 2007.

Perhaps surprisingly then, the last time G7 central banks acted together in FX was in 2001, selling yen for dollars. A year earlier, they acted together for the first time since 1995, to lift the euro from an all-time low below $0.8225.

The last place policymakers would want to see problems is the $23 trillion U.S. bond market. That’s less likely, given its depth, but China selling some of the bonds in its $3 trillion FX reserves to support the yuan would torpedo that sense of calm.

Strategists at JP Morgan note that Treasury market depth this year has been even lower than during the pandemic crisis peak in March 2020. High rate volatility curbs market makers’ activity, which widens bid-offer spreads, resulting in even lower market depth and liquidity, and higher volatility.

The problem for policymakers, according to analysts at Rabobank, is that they are trapped by high inflation, low growth, record public debt, and rising interest rates. There are no good options.

In reverse currency war, there’s only one winner (Sept. 23)

(The opinions expressed here are those of the author, a columnist for Reuters.)

Jamie McGeever has been a financial journalist since 1998, reporting from Brazil, Spain, New York, London, and now back in the U.S. again. Focus on economics, central banks, policymakers, and global markets – especially FX and fixed income. Follow me on Twitter: @ReutersJamie 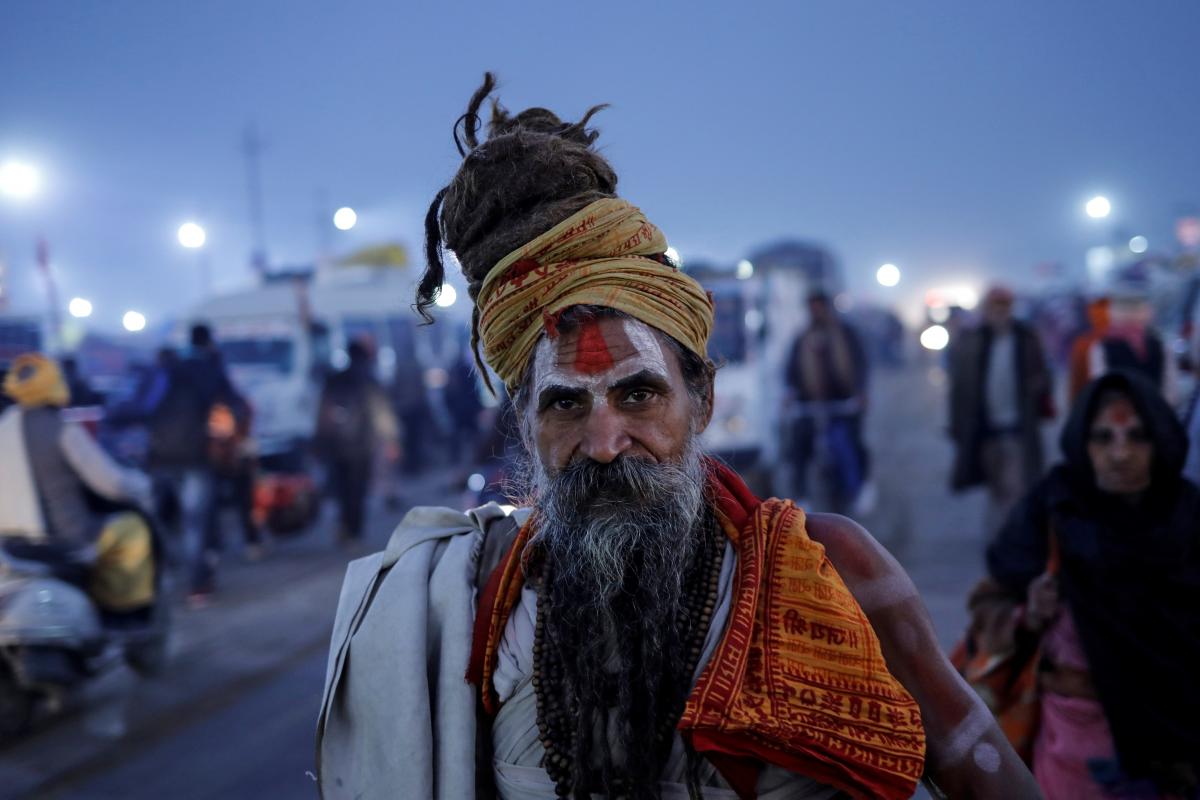 PRAYAGRAJ, India (Reuters) – Pilgrims from across the world are gathering in India for the Kumbh Mela, a heady mix of spirituality, […] 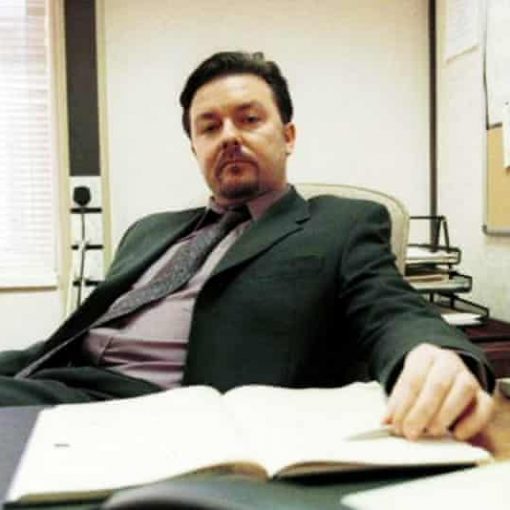 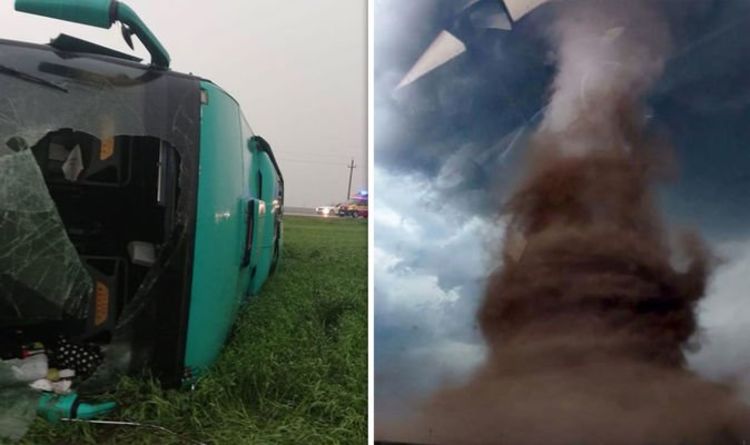 The destructive tornado occurred on Tuesday and was briefly streamed live on Facebook by one onlooker. The twister churned up dust clouds […] 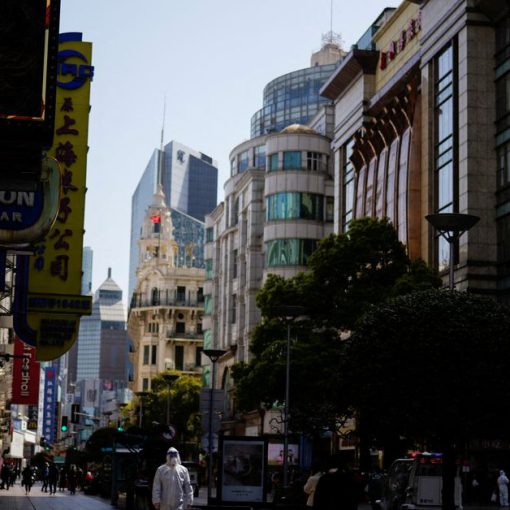 SHANGHAI, March 29 (Reuters) – China’s most populous city tightened the first phase of a two-stage COVID-19 lockdown on Tuesday, asking some […]