Inside of me are two wolves: the Gundam superfan and the year one Overwatch enjoyer. Gundam Evolution (opens in new tab) has thrown these dormant forces into tragic conflict, clashing beam sabers in a pitched battle for supremacy over my mind. There’s no getting around it—this is Gundam: Overwatch, with every mode, mobile suit, map, mechanic, and idea here derivative of Blizzard’s FPS.

After a few days of playtime, I can glibly report that Gundam Evolution doesn’t make you feel like you’re piloting a Gundam (if you’re looking for a nauseatingly faithful Gundam game, you’re better holding out for Gundam: Battle Operation 2 dropping later this year), but it nonetheless excels as a hero shooter, even if some of the series’ identity has been lost in the translation from anime to live service game.

My experience with Gundam goes back decades. I’ve seen almost every Gundam show, read most of the spin-off manga and novelizations, and if you showed me a random mobile suit, I’d probably be able to tell you what show it’s from, if not the specific episode. If you’re unfamiliar with Gundam, think Heinlein’s Starship Troopers novel with giant robots and some Freudian political drama. Gundam’s deeply interpersonal, anti-establishment stories have always translated awkwardly to action games. Gundam Evolution’s not the immersive, next-gen simulation fans have been holding out for for decades, but that it manages to channel even a bit of that frenetic energy on its own merits is a significant break from depressing tradition.

There’s a real toybox quality to Gundam Evolution that can’t be understated here. There are very few hitscan weapons, the sound effects are all lifted right from the anime (the bassy “ka-chung” of the Zaku II’s monoeye zoom sounds chillingly good), and the swelling orchestral score really hits the Gundam Unicorn pleasure centers in my brain.

The action is smooth and tight, often requiring leading your shots with powerful beam rifles and sputtery machine guns. And goddamn, getting fifteen kills with the brutally oppressive Sazabi as the match goes into overtime feels just as good as those blitzkrieg payload runs from early Overwatch. On a good run I don’t feel like I’m in the cockpit, but I do feel like I’ve possessed the body of an ace pilot who is, and that’s a powerful high in its own right.

Gundam Evolution pulls from both Overwatch and Titanfall 2, with recharging dashes, abilities on cooldown, and familiar lane-based map design and objective game modes. A motley crew of giant robots pulled from different Gundam shows comprise the “hero” lineup. There are no-brainer picks, like:

There are also some truly deep cuts:

My personal favorite so far is the Asshimar, a quirky little cyclopian hamburger-shaped transforming mobile suit that balances damage-over-time incendiary grenades with a punchy burst fire rifle, able to effectively dive in and out of battle by briefly transforming like a 40-ton McDonald’s toy.

The lineup broadly mirrors Overwatch archetypes of DPS, tank, healer, etcetera: The Pale Rider is a half-and-half blend of Tracer & Soldier 76, with a crunchy short-range SMG that mulches enemy suits and easily clears objectives. The RX-78-2 plays like McCree, plinking targets at mid-range and doling out close range stun attacks with a very ’70’s mecha ball and chain. The Sazabi definitely feels closest to its on-screen counterpart in Char’s Counterattack, a deceptively fast technical tank with monstrous defense that specializes in area denial and objective holding. The Sazabi can shut down a whole lane by itself, exactly as I’d expect it to do.

Unsurprisingly, there are a few mobile suits don’t totally feel like accurate or soulful representations of their show counterparts (the TV series cannon fodder GM is a lot more durable than I think most fans would expect), and there’s a real tonal disconnect from the often somber source material. It’s a little odd to play a Gundam game where you’re celebrating getting kills. Most jarringly, the Turn A Gundam’s godlike “send human civilization back to the neolithic period” Moonlight Butterfly ability from the show has been replaced with a laughably weak damage over time aura. These are the unwieldy contradictions that Gundam games have always tripped up on, and there’s no getting around the irony that comes from gleefully unloading Turn A’s unearthly weaponry for the noble cause of “Capture Point B.”

Presentation is the real stumbling point for Gundam Evolution: it nails the shooting but there’s no real sense of scale outside of some decorative construction equipment and military vehicles inside of spawn. The maps too lack distinction. “Defense Ministry” resembles a futuristic warehouse more than any government building I’ve ever seen, with samey space industrial tilesets giving way to samey moon craters and landing pads.

This lack of distinctiveness is a real drag, not just when viewed in contrast to Overwatch’s maps that are bursting with personality, but also when contrasted against some of the incredible locations seen throughout the anime. Fighting in the wreckage of, or even inside of a space colony plunging through Earth’s atmosphere seems like a no-brainer, as does a bomb defusal in the confines of a secret underground base.

Another thing that Gundam Evolution really leaves me wanting is that inside-the-cockpit immersion. Compared to Titanfall 2’s titan combat, Gundam Evolution gives me a real “guys in Gundam costumes” vibe. Titanfall 2’s presentation, with the detailed cockpit HUD, visual artifacting when a shell pings off your hull, the motion sway and variable roar of turbines and the ear-splitting grinding of steel on asphalt as you skate between low rise buildings—these all massively amplify the sense of latent weight and power in your machine, something sorely missing from the ace pilot fantasy Gundam Evolution is peddling.

It’s a sorry state of affairs when a six-year-old game’s killstreaks are giving me a more immersive first-person mecha experience than a brand new Gundam game.

Despite these presentation trip-ups, there’s a very specific feeling that Gundam Evolution ends up channeling. In Zeta Gundam’s final episode, there’s a climactic dogfight in the barrel of a space colony-sized laser weapon. Char Aznable gets caught in a high octane deathmatch with two other high performance mobile suits, his mech picked apart until it’s just barely holding together. Time is running out, the whole chamber begins radiating as the laser charges up, and Char readies himself for another round, gritting his teeth and growling “Not yet! I’m not done yet!” Those moments of white knuckle skill and hot blooded determination in the face of overwhelming odds are, to me, the essence of Gundam.

For all of Gundam Evolution’s stylistic shortcomings, it does something no other Gundam game has successfully done. For a brief, fleeting moment, once a match when the stakes are high, you feel like Char Aznable. If it had the confidence to lean its source material more, I think Gundam Evolution could really prove to be a persistent needle in Overwatch 2’s side. 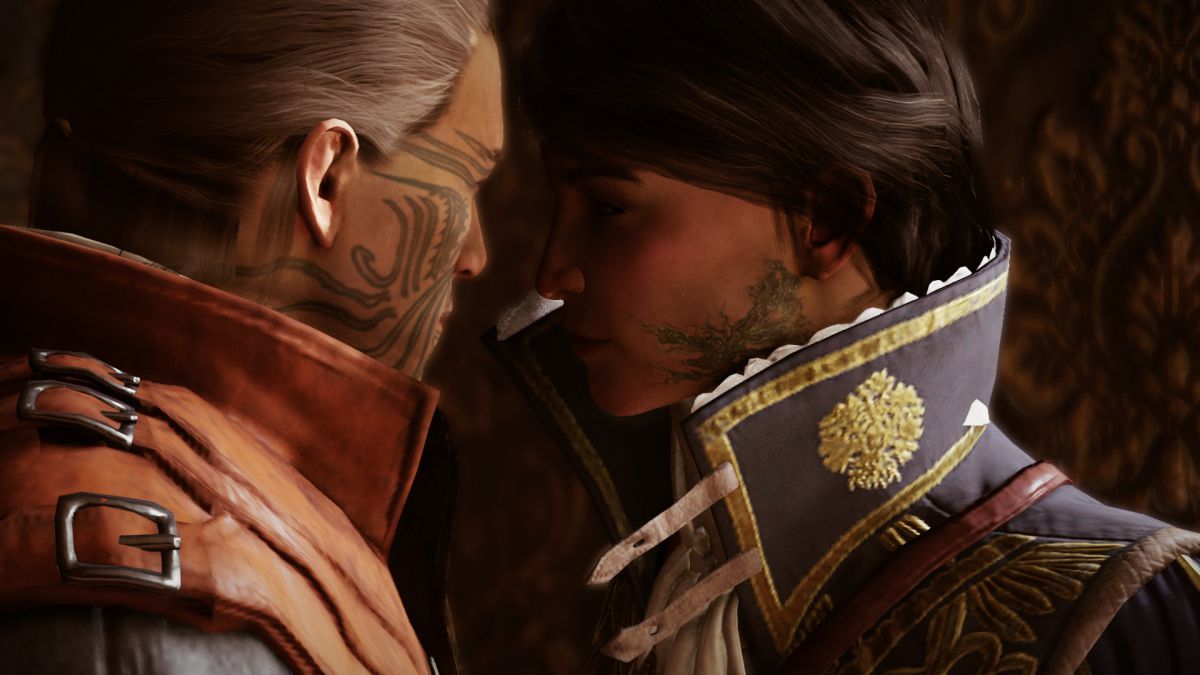 Lauren Morton played GreedFall, a fantasy RPG in an Age of Sail setting, which feels like a replacement for the Old BioWare […] 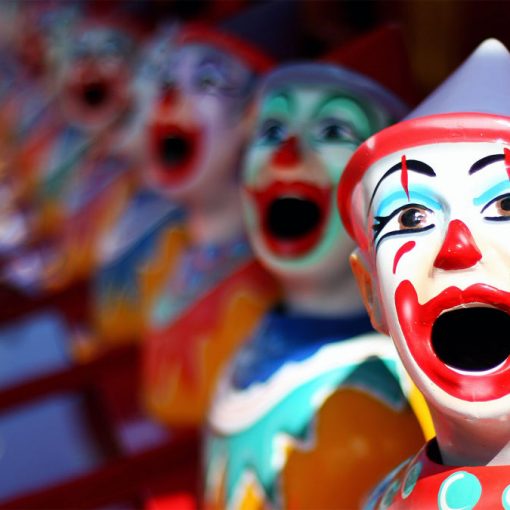 These fucking clowns. Photo: Mark Kolbe (Getty Images) In a recent interview with Forbes, a man who claims to have purchased 25 […] 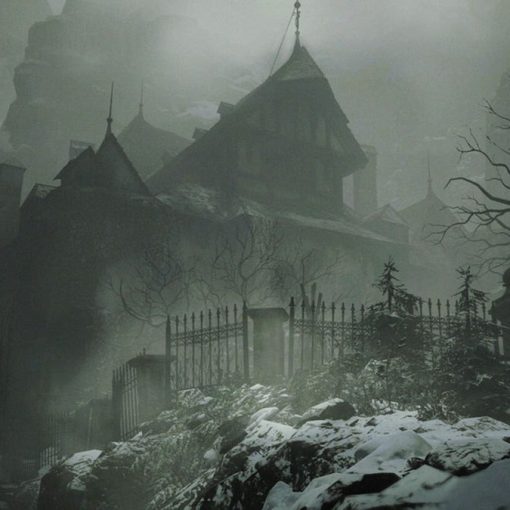 This is not Ethan Winters’ house!Screenshot: Capcom My partner and I have been looking for our dream home, and I think we […] 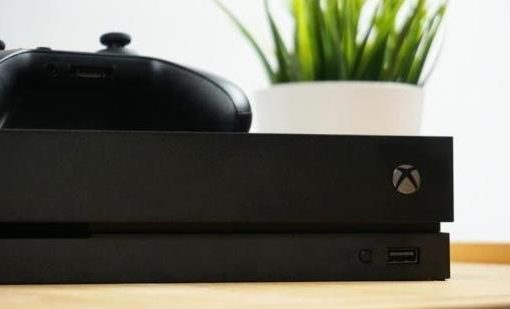 isarai1d ago What i like and want really hasn’t, but what i have to time for has. I use to spend hours […]