Over the course of the past decade and more, Rafael Nadal and Roger Federer have thrived regardless of circumstance. They have stared each other down in the finals of the grandest tournaments around the world and they have brought out their best time after time, even when the tension was most suffocating. Their rivalry, with the frenzied popularity it created and the level it exhibited, has played a foundational role in the recent development of men’s tennis.

Yet nothing could have fully prepared them for the feelings they had on Friday. After enduring 40 tense, pressure-filled battles against each other, strangely the best moments of Federer’s career have often been the worst of Nadal’s, but they stood together on the same side of the net as they were defeated 4-6, 7-6 (2), 11-9 by Team World’s Jack Sock and Frances Tiafoe at the Laver Cup. In the process, one of the greatest ever sporting careers came to an end.

After match point, a visibly emotional Federer spoke to Jim Courier on court. “I enjoyed tying my shoes one more time … the match was great. I couldn’t be happier. It’s been wonderful. And of course, playing with Rafa on the same team and having the guys – everybody here, all the legends – thank you.”

After reflecting on the “perfect journey” of his career, Federer paid a tearful tribute to his wife, Mirka. “She could have stopped me a long, long time ago, but she didn’t. She kept me going and allowed me to play. It’s amazing. Thank you.”

It was an evening that was emotional from the very beginning. Federer and Nadal emerged to the 17,500-capacity sold out crowd at the O2 Arena with a standing ovation.

From their team bench, Novak Djokovic pulled out his phone to record as he supported his two great rivals and during the first change of ends, a tribute video was broadcast in the stadium with contributions from Nadal, Federer’s mother, Lynette, and others.

Having not competed for 14 months following his 6-0 fourth set defeat to Hubert Hurkacz at Wimbledon and the knee surgery that followed, even Federer was unsure of how his game would handle both the occasion and its rust.

He did extremely well. While Federer was unable to move at full speed, his hands remained delicate. His first touch of the night was a firm forehand volley winner and it set the tone. After being tidy at the net throughout the first set and serving fairly well, it was Federer who stepped up with the first set on the line and sealed it with a winning forehand.

There was plenty of joy, too. There were countless jokes and laughter between Nadal and Federer, even as they played hard for one final win. Djokovic and Murray, meanwhile, the only players qualified to give the pair tactical advice, frequently chimed in with their discussions during changeovers.

Federer’s legendary career ended with the pair playing a poor tiebreak after an intense, tight second set. With the match up for grabs in the final set 10-point tiebreak, Nadal implored himself to play with aggression.

Federer’s legendary career ended as a flat tiebreak at the end of an intense second set sent them to a match tiebreak. Despite an early surge and then a match point at 9-8 on Federer’s serve, they settled for defeat.

As the match ended, Federer’s composure finally broke. After he began to cry, Nadal wept alongside him throughout. Federer hugged his teammates and former rivals numerous times during the ceremony, before finally embracing his tearful family as he left the court.

“The last two days have been tough to say the least,” said Federer in his post-match press conference. “Thankfully in moments I totally forgot about it, slept great, everything was wonderful, I could enjoy it, I feel. And because of that I think I will be able to have a better recollection of how it went.

“Because if it’s all just stress throughout and I want it to be only perfect, I know I will remember half of it. Because I felt the way I felt, I feel like I have dealt with my retirement strongly for the last month.”

Nadal, whose career has been defined by his ability to rise to great occasions, later explained how difficult the night was for him. He said he entered the court shaking and he struck a double fault on the first point of the match.

“When Roger leaves the tour, an important part of my life is leaving too because of all the moments that he has been next or in front me in important moments of my life,” Nadal said. “So I have been emotional to see the family, see all the people. Difficult to describe, but amazing moment.” said Nadal.

There is no perfect farewell. Federer entered the O2 Arena physically compromised after 14 months of trying to return as a full-time player and he later said that he wasn’t always sure that he would even be healthy enough to play doubles. By the end, though, it didn’t matter. He has already given so much, for himself and the sport alike, and he leaves at 41 having accomplished a career as full as any.

“I was able to remind myself always on the court again how wonderful this is,” said Federer. “This is not the end-end – life goes on. I’m healthy, I’m happy, everything’s great, and this is just a moment in time.”

Federer has played some of the greatest tennis ever to been seen, executing with grace and style. But he has complemented the ease with grit and resilience, qualities rarely discussed but essential to all of his success.

His presence will continue to be felt around the tour. Whether it is through the fans who continue to support him, to the many other players who turned into weak-kneed fans in his presence.

Many have tried to learn from aspects of his greatness in order to succeed, and his influence on other players is undeniable. But there will never be anyone like him.

No sooner had Pierre-Emerick Aubameyang touched down in London than he was off again – for a specialist mask fitting in Italy. […]

It took an awfully long time to bowl my first ball in Australia. I was playing grade cricket in Perth in 1981 […] 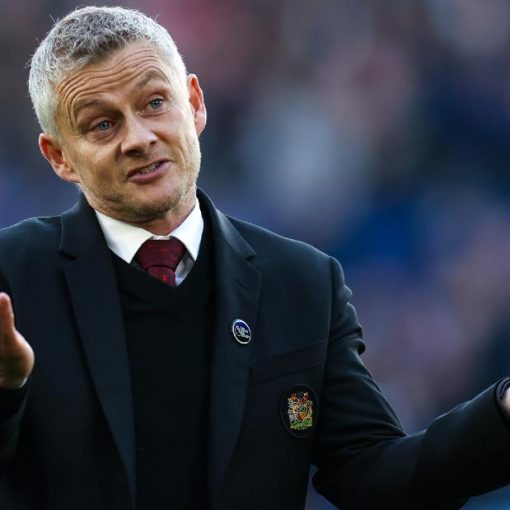 Speaking after the match Solskjaer said that it was “the darkest day I’ve had leading these players and we weren’t good enough, […]