NASA is pressing ahead toward another attempt to launch the Artemis 1 moon rocket on its leak-delayed maiden flight Tuesday while closely monitoring the track of an expected hurricane that threatens to bring high winds and heavy rain to the Florida Space Coast, officials said Friday.

In the meantime, the Space Force Eastern Range, which oversees all military and civilian launches from Florida, granted a request from NASA to waive a time-consuming inspection of the rocket’s self-destruct batteries that would have required a roll back to the agency’s Vehicle Assembly Building.

With the waiver in hand, and with engineers saying a fueling test Wednesday showed leaks in the rocket’s hydrogen feedline system are manageable, weather is the major constraint to getting the long-delayed Artemis 1 mission off the ground.

The goal of the test flight is to send an unpiloted Orion crew capsule on a long flight around the moon to help pave the way for the first piloted launch in 2024 and a moon-landing mission in the 2025-26 timeframe.

But the Space Launch System rocket’s road to launch has been rocky, and now the weather threatens additional delay.

The National Hurricane Center predicts a storm, known as tropical depression No. 9, will strengthen into a major hurricane — Ian is the next available name — in the next few days, crossing western Cuba and then hitting the southwest coast of Florida just south of Tampa.

The predicted track shows the storm moving to the northeast across the Florida peninsula, possibly bringing tropical storm force winds or higher to the Kennedy Space Center, where the SLS rocket sits exposed atop pad 39B.

While the $4.1 billion moon rocket will not be launched in high winds, Chief Engineer John Blevins said it can safely endure gusts as high as 74 knots at the pad. And while the official forecast currently is 80% “no-go” for a launch Tuesday, it does not violate NASA’s safety constraints for remaining at the pad.

But if the forecast worsens, engineers could haul the SLS back to the protection of the Vehicle Assembly Building with about three days notice. NASA’s powerful crawler-transporter headed back out to pad 39B Friday afternoon as a precaution. But rollback is a last resort, a move that likely would delay the rocket’s maiden flight by several more weeks.

“Our plan A is to stay the course and to get launch off on September 27,” said Mike Bolger, director of Exploration Ground Systems at the Kennedy Space Center. “We realize we also need to be really paying attention and thinking about a plan B.”

“If we were to (go with) plan B, we need a couple days to pivot from our current tanking test, or launch, configuration to execute a rollback and get back into the protection of VAB,” Bolger added.

He said the team planned to meet Friday evening to discuss the latest forecast “and we think we’re likely to make a decision no later than sometime tomorrow morning or very early afternoon” on how to proceed.

“We’re good at the pad for winds up to 74 peak knots,” Bolger said. “And for rollback, we’re looking for a forecast of sustained winds less than 40 knots. We’ll be keeping a close eye on it. More information is better, and I think in next 24 hours or so, hopefully we’ll get good news and we’ll stick with our plan A.”

Tom Whitmeyer, a senior manager at NASA Headquarters, downplayed weather concerns, telling reporters “it’s not even a named storm, it’s a tropical depression, number nine. It’s very early in it, and some of the traces we’ve seen go to different directions and go with different speeds and different intensity.”

But the National Hurricane Center’s 5 p.m. EDT forecast said the system is expected to move “near or over western Cuba as a strengthening hurricane and then approach the Florida peninsula at or near major hurricane strength, with the potential for significant impacts from storm surge, hurricane-force winds and heavy rainfall.”

Friday marked 190 days since the SLS rocket was first hauled out to pad 39B for what turned out to be the first in a frustrating series of fueling tests to resolve a variety of technical problems and repeated trouble with hydrogen leaks in quick-disconnect fittings where the volatile propellant enters the base of the rocket.

After three tanking test attempts, a roll back to the VAB for repairs and a fourth test on June 20, engineers hauled the SLS rocket back to the VAB a second time to carry out additional troubleshooting. The rocket was moved back out to the pad in mid-August for a launch attempt on the 29th.

But two attempts in a row were called off because of more hydrogen issues. That prompted launch pad repairs to replace a suspect seal in an 8-inch hydrogen quick-disconnect fitting that leaked earlier.

During a tanking test Wednesday to verify the repair, the fitting leaked again, but engineers were able to get it back down to acceptable levels using lower pressures and flow rates.

The “kindler, gentler” fueling technique was intended to put less stress on the hardware, and it worked. Engineers were able to fully load the rocket and successfully carry out two critical tests of the core stage engine cooling system.

But NASA has yet to carry the SLS countdown into its final half minute, and weather aside, making it all the way to zero Tuesday could still prove a challenge. Any additional leaks or other issues that might crop up will have to be dealt with in a shorter 70-minute launch window.

NASA has a backup launch opportunity on October 2, but after that, the Artemis 1 mission likely would stand down until after NASA launches a fresh crew to the International Space Station aboard a SpaceX Crew Dragon. That launch currently is targeted for October 3, weather permitting.

Global markets fall sharply over fears of a weakening economy 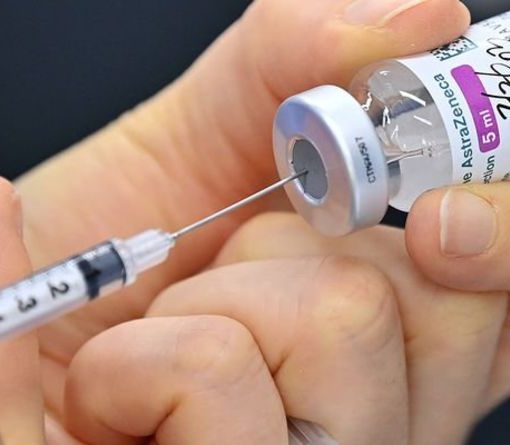 The British drugmaker has announced it reached the milestone earlier this month. It places it as the first company in the western […]

Polar bears typically depend on solid sea ice to hunt and keep their bellies full. To breathe, seals pop up in holes […] Solar Orbiter ESA/ATG medialab An international effort between space agencies will launch a new spacecraft toward the sun on Sunday night, and […] 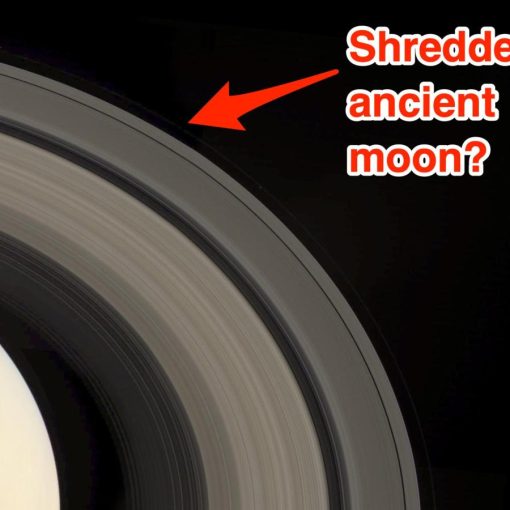 Scientists propose an ancient moon of Saturn, which they call Chrysalis, pulled on the planet until it ripped apart, forming rings and […]