This article is part of Climate Solutions, a special report on efforts to make a difference, coinciding with The New York Times Climate Forward conference and Climate Week NYC.

Just south of the River Thames in the heart of London, the whine and hammering of construction mingles with the laughter of children playing in a park behind Elephant and Castle, one of the city’s largest and ugliest road junctions.

This is Elephant Park, a three-acre plot of fountains, swings and slides and open space at the center of a large redevelopment which has seen the Brutalist architecture of a 1,200-home public housing estate replaced by a new neighborhood that by 2026 will hold about 2,924 apartments and townhouses.

About two thousand units are already occupied, and the residents who walk their dogs in the park or watch their children playing seem happy to chat about the normal issues surrounding regeneration projects, such as the fate of the previous residents and whether the gentrification will drive away noisy youths who still loiter in the park after dark.

One resident walking her dog complained recently that her rent is becoming unaffordable, before quickly adding that she is delighted to have a supermarket and gym in the same building as her one-bedroom apartment, with rail and Underground stations right next door and shops, bars, a yoga studio, a library and medical facilities sprinkled through the development.

But another debate is drawing extra attention to Elephant Park: the role of large scale urban renewal projects like this in fighting climate change.

“It is an absolutely exemplary example of what we need to be doing to make cities greener, and we need to be doing it quickly and all around the world,” said Kate Meyrick, a British-born urban consultant based in Brisbane, Australia, who studies urban developments.

“The developers were primarily just trying to make a great place for people to live, and they have achieved that with a really interesting mix of spaces and services,” she said. “But a byproduct is that they have also created real climate benefits.”

In April the latest report of the U.N.’s Intergovernmental Panel on Climate Change said one of the most effective ways to cut the carbon emissions of cities was to stop the relentless expansion of urban sprawl by promoting infill housing, the carefully planned creation of extra housing in underutilized parts of cities to reduce car dependence and improve the efficiency of infrastructure and energy use.

Ms. Meyrick is adamant that the biggest benefits of infill housing come with neighborhood-scale developments like the Elephant Park project built by developer Lendlease, rather than scattering new houses and units through backyards and other empty city spaces.

Large scale infill developments have reinvigorated cities from New York to Milan over the past two decades, Ms. Meyrick said, “but they have generally been driven by the need for housing and now they need to be much more recognized and promoted as a weapon against climate change.”

Hélène Chartier, the Paris-based director of urban planning and design at C40, a network of 96 of the world’s leading cities, agreed that the greatest climate benefits of infill housing come at neighborhood scale. She said there should be urgent public investment and revamped planning rules to support such developments.

“This is becoming a hot topic in all the major cities because people now realize that well-planned infill housing can help to reduce emissions from all sorts of sources, from transport to construction and heating,” she said.

Ms. Chartier said the CoolClimate Network at the University of California, Berkeley, had recently looked at the emissions of 700 communities in California and found that “infill housing is probably the single most impactful measure that cities could take to reduce their emissions.”

“The question now is how do we do it, and there is a growing recognition that the broadest benefits come from operating at a neighborhood level,” Ms. Chartier said.

Bek Seeley, the LendLease managing director responsible for Elephant Park, says small-scale infill projects “can produce some amazing homes” but only larger developments can reap the full advantages of coordinating with public transport and ensuring a mix of facilities so people can travel less.

Planning officials from Melbourne, Australia, and Auckland, New Zealand, to Paris have focused on the concept of five-minute neighborhoods or 15-minute cities, meaning denser housing in which people live closer to the facilities they need instead of traveling for hours between separate areas to sleep, work or go shopping.

Peter Newman, a professor of sustainability at Curtin University in Australia, who has taught at universities in eight countries, including at the University of Pennsylvania and the University of Virginia, says many cities are trying to stop urban sprawl by allowing property owners to build in their backyards, “but tackling it one block of land at a time doesn’t work.”

“You knock down the trees in the backyard to build, but you can end up still being very dependent on your car,” he said. “Until now the only way to avoid eating up the greenfields around cities has been developing brownfields or big urban sites like former factories, but eventually you run out of them.”

The answer, Mr. Newman said, is precinct-level redevelopment in “the greyfields”, or low-density suburbs of aging houses, a process that requires innovative planning reforms and incentives to encourage the owners of 30 to 40 properties to work together.

“You need a whole new process of governments proactively intervening to help it happen,” Mr. Newman said, “and that can cause conflict between different levels of government. In Australia we have found that the state government might be interested but then a local council stops everything because it controls the planning rules and it’s not at all interested in being innovative.

“The hard truth is that we can’t afford to waste more time if we are going to make the changes we need to get to net zero,” he said, referring to emissions goals, “and stop building new homes 30 miles from where they are needed.”

It was local government resistance that led the California State Assembly to pass a bill in August promoting the development of infill housing on commercial-zoned land. A dire housing crisis in the state has pitted local authorities against the state, where legislators, Gov. Gavin Newsom and other officials are mounting a broad effort to address the so-called NIMBY-ism — “Not In My Backyard” — of homeowners, communities and entire municipalities to block more condensed development.

Dr. Dan Silver, a physician and executive director of a southern Californian conservation group, the Endangered Habitats League, said the infill housing bill was needed because “no matter how important it is to stop urban sprawl there will always be some people who don’t want their own neighborhood changed.”

“It’s controversial because the state is taking away some of the authority of local governments, but while you do need local input, having too much local control means you can’t deal with a macro problem like trying to save the planet,” Dr. Silver said.

“We have to shift planning frameworks to look at the bigger picture,” he added. “In California the fire danger alone is phenomenal from continuing to build homes further and further from cities.”

The Covid pandemic has increased the number of underused offices, shopping malls and parking lots that are available for housing, at a time when many people are rethinking their lifestyles and the wisdom of long commutes, Dr. Silver said.

“Oregon is an exception because it does actually have plans for managing growth and making cities denser and more transit-oriented, but in California and other states we are way behind on planning and thinking about the big picture,” he said.

“What we call ‘town planning’ is done in response to developers or speculators, so that is not actually planning or taking a holistic approach that might respond to something as important as climate change,” he said. “And what’s the point of having international agreements and national decisions if the action you need is then prevented at the local level?”

Careful town planning is crucial, according to the C40 network, which says a problem plaguing many cities around the world, especially smaller communities, is under resourcing of urban planning bodies.

A study of climate planning policies in 170 California communities led by the University of California Santa Cruz found in February that a shortage of resources and urban planning expertise was one of the reasons that the relatively easier challenges of tree planting and waste management were more often tackled than the thornier issues of urban density, housing and infrastructure.

Vanesa Castan Broto, a professor of climate urbanism at the University of Sheffield in the U.K., said greater urban density can easily go wrong if not developed in partnership with local communities, and many local governments around the world lack the capacity to properly coordinate that process.

Richard Blyth, the head of policy at the U.K.’s Royal Town Planning Institute, said the planning departments of many British local councils had been gutted over the past decade.

“Planning agencies are hardly going to be able to adjust to changing lifestyles or a huge challenge like climate change if they have lost so many resources that they are struggling to function at all,” he said. 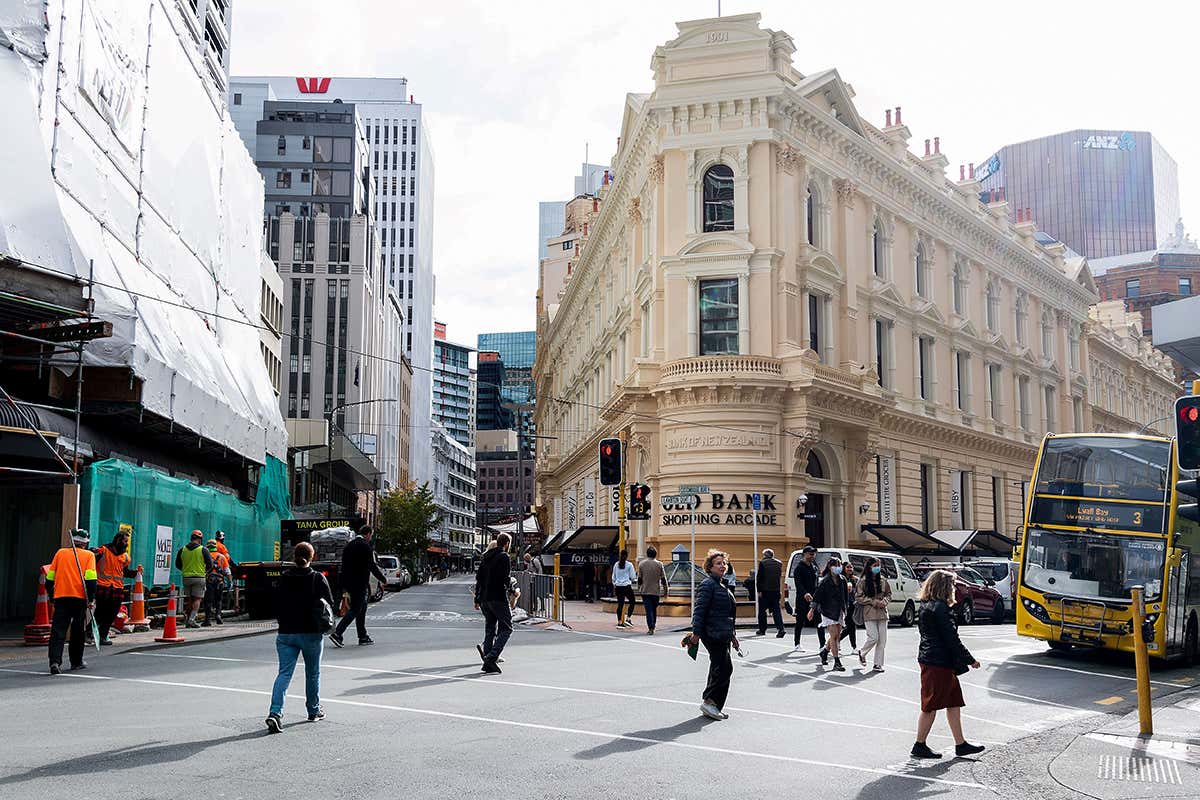 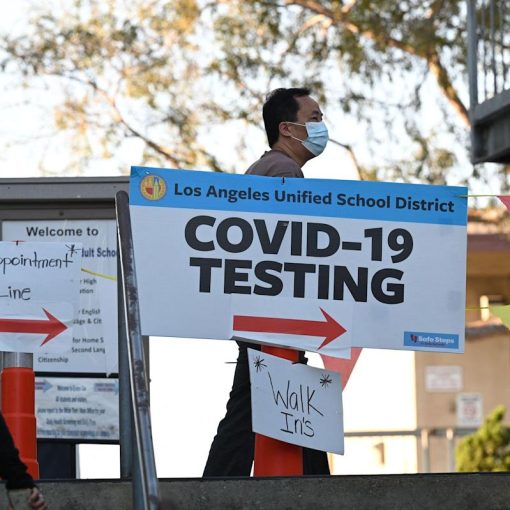 For the first time in two years, South and North Korea have opened up a line of direct communication. Both sides have […]