The death of the Queen has thrown up a smorgasbord of strange traditions and ceremonies that have not been heard of or seen since the death of the last reigning monarch, her father George VI in 1952.

Among the more unusual protocols will be featured in the committal service being held at St George’s Chapel at Windsor Castle at 4pm on Monday, after the Queen’s coffin is driven there when the actual funeral service at Westminster Abbey ends.

This involves the official “crown jeweller” removing the imperial crown from the coffin to symbolically separate the Queen from her crown. It also features the lord chamberlain, Baron Parker, former head of MI5, breaking his “wand of office” and placing it on the coffin signifiying the end of his service to the Queen.

During the committal service, which will be conducted by dean of Windsor, David Conner, the Imperial State Crown, the orb and the sceptre will be lifted from the Queen’s coffin by the Crown Jeweller, separating the Queen from her crown for the final time, PA Media reports.

With the help of the Bargemaster and a Serjeant of Arms, the Crown Jewels will be passed to the dean who will place them on the High Altar.

At the end of the last hymn, the King will step forward and place the Grenadier Guards’ Queen’s Company Camp Colour – a smaller version of the Royal Standard of the Regiment – on the coffin.

The Grenadier Guards are the most senior of the Foot Guards regiments and the Queen was their Colonel in Chief.

Only one Royal Standard of the Regiment is presented during a monarch’s reign, and it served as the Queen’s Company Colour throughout her lifetime.

At the same time, former MI5 spy chief Baron Parker – the Lord Chamberlain and the most senior official in the late Queen’s royal household – will “break” his Wand of Office and place it on the coffin.

The ceremonial breaking of the white staff signifies the end of his service to the Queen as sovereign.

As the coffin is lowered into the royal vault, the dean will say a psalm and the commendation before the Garter King of Arms pronounces the many styles and titles of the Queen.

A woman and her younger female companion became the last to join the lineup to see the Queen lying in state when a steward handed her a wristband.

“You are the last person in the queue,” he told her, according to footage shown on Sky News on Sunday night.

The woman said “Bless you” and received a round of applause from stewards and other people waiting as she filed through the cordon to take her place.

Her relief was mirrired by groans from those just behind her who were turned away.

With the queue to see the Queen’s coffin lying in state now closed, the last mourners will file through Westminster Hall in just under two hours from now.

The Department for Digital, Culture, Media and Sport said after 10.30pm on Sunday night that the last people had been admitted to the queue.

“The queue to attend Her Majesty The Queen’s Lying-in-State is at final capacity and is now closed to new entrants,” the department said.

“Please do not attempt to join the queue. Stewards will manage those already nearby.
Thank you for your understanding.”

Here is a guide to today’s events. All times are BST.

The lying-in-state, in which the Queen’s closed coffin has been on view to the public at Westminster Hall since Wednesday, will come to an end.

Westminster Abbey will open to the congregation attending the Queen’s funeral. The funeral, which will be one of the largest gathering of heads of states and royalty the UK has hosted in decades, will include European royal families and world leaders.

The coffin will be carried by the gun carriage from Westminster Hall to the Abbey, being towed by 142 sailors from the Royal Navy. King Charles III, joined by royal family members as well as members of the royal household, will follow the coffin.

10.52am – Procession arrives at Westminster Abbey

The procession will arrive at the West Gate of Westminster Abbey, and the bearer party, which is made up by members of the Queen’s guard, will carry the coffin from the gun carriage.

The service, which will be led by the dean of Westminster, Dr David Hoyle, will begin. The sermon will be delivered by the archbishop of Canterbury.

The last post will be played, and will be followed by a two-minute silence.

The national anthem will be played, bringing the state funeral service to a close. The coffin will then be carried to the state gun carriage.

The procession, led by the King, will be made up of several groups, with each accompanied by a service band. These groups include representatives from the NHS, members of the Royal Canadian Mounted Police, as well as detachments from the Armed Forces of the Commonwealth. Guns will be fired every minute in Hyde Park by the King’s Troop Royal Horse Artillery, while Big Ben will toll every minute as the procession makes its way through the streets.

The procession will arrive at Wellington Arch, and the bearer party will transfer the coffin to the hearse before the car leaves for Windsor. There will also be a royal salute, and the national anthem will be played.

The hearse will arrive in Windsor and join a procession up Long Walk to Windsor Castle. It will be joined by the King and members of the royal family before moving to St George’s Chapel for the committal service.

The committal service begins in St George’s Chapel attended by around 800 people, including the King, the royal family, Commonwealth leaders, governors-general and mourners from the Queen’s household past and present, including personal staff from across her private estates. It will be conducted by the dean of Windsor with a blessing by the archbishop of Canterbury. The Queen’s coffin will then be lowered into the royal vault.

A private service conducted by the Dean of Windsor, attended just by the King and the royal family. The Queen’s coffin will be laid to rest at St George’s chapel, alongside Prince Phillip and her parents, King George VI and the Queen Mother.

After 10 days of official mourning, the funeral of Queen Elizabeth II takes place in London today.

It will be a day of ceremony and tradition – as well as one of the largest gatherings of heads of state and other world leaders witnessed in years.

The last of those queueing to see the Queen lying in state in Westminster Hall will pass by the catafalque at 6.30am BST. That will bring to an end days that saw queues of up to 5 miles (8km) winding along the Thames as members of the public came to pay their respects.

This live blog will cover all the events of the day. Here is how some other Guardian readers are planning to spend it: 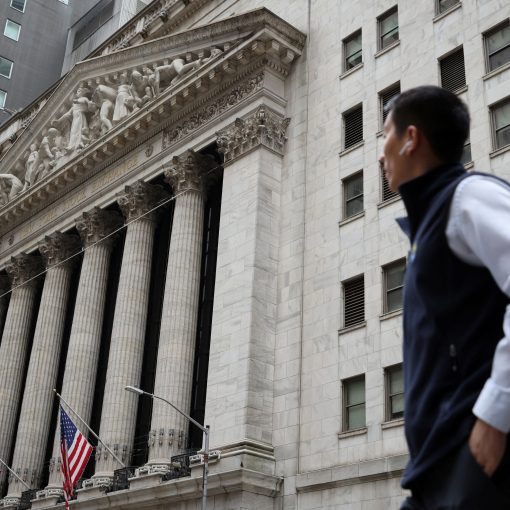 NEW YORK, May 25 (Reuters) – Wall Street ended higher Wednesday after the release of minutes from the Federal Reserve’s latest monetary […] 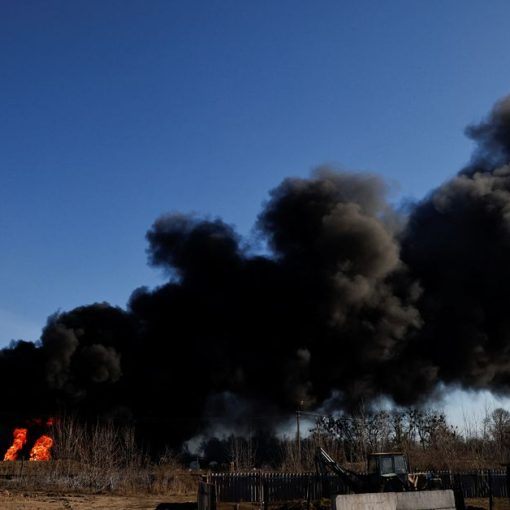 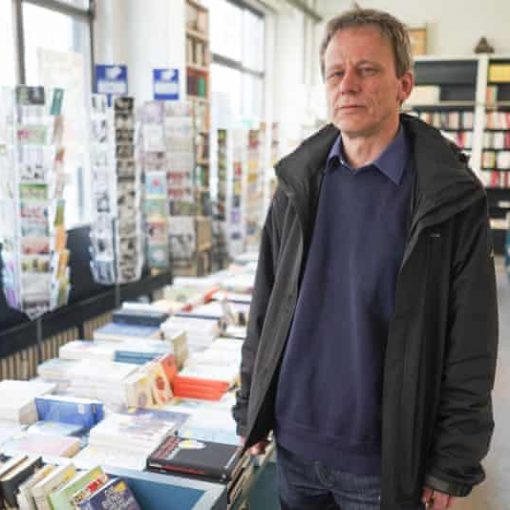 A UK-based Swedish multi-billionaire family known for their philanthropic donations to literature, libraries and other arts, has become the target of angry […]