Biden signs book of condolence for the queen

Biden signed the book of condolence for the queen, with the first lady standing behind him, at Lancaster House.

In brief remarks following the signing, the president praised the queen for her “honorable” service and recalled times when she would have him over for tea, saying that he “kept eating everything she put in front of me.”

“It’s a loss that leaves a giant hole that sometimes you think you’ll never overcome it,” Biden said. “But as I’ve told the king, she is going to be with him every step of the way.”

Jill later signed a separate book of condolence at the bottom of a staircase in the mansion, located in the West End of London.

A British army veteran has traveled more than 160 miles to join the long line of people in London waiting to pay their respects to Queen Elizabeth II.

Sporting a chest full of medals from his years of military service, Bob Thompson, 61, said he and his wife had come from Somerset, in southwest England, for the funeral.

“We made the last-minute decision to join the queue,” Thompson said. The army veteran added that he did not mind waiting in line for the estimated 14 hours it could take to get to Westminster Hall in central London, where the queen is lying in state.

Bidens pay respects to the queen at Westminster Hall

President Joe Biden and first lady Jill Biden traveled to Westminster Hall Sunday to pay their respects to the queen as she lay in state.

After they arrived, the Bidens were seen with the U.S. ambassador to the U.K., Jane Hartley, on a balcony overlooking the mourners. The president, who is Catholic, made the sign of the cross to the crowd.

Royal lying in state traditions endure a century of change

When Queen Elizabeth II’s grandfather, King George V, died 86 years ago, many homes in Britain had little or no electricity and large parts of the population still lived in slums.

Life in 1936 is unrecognizable to Britons today. But despite almost a century of change, the images from the queen’s lying in state this week are almost exact copies of those from when George V lay in state.

Both used the same vast, medieval Westminster Hall with the coffin resting on a royal purple platform in the middle. A brass cross is at one end of the coffin, the royal standard is draped on top, and tall candlesticks and scarlet and gold-clad ceremonial guards are carefully placed around it.

Historians say maintaining such traditions consistently through time is crucial to preserving reverence for the monarchy.

Chinese officials barred from visiting the queen’s lying in state

Chinese officials have been barred from visiting the Westminster Hall for the queen’s lying in state, House of Commons Speaker Sir Lindsay Hoyle told the BBC on Sunday.

The decision to bar the Chinese ambassador and accredited officials from attending Westminster Hall in Parliament came after seven members of the British Parliament and a peer were sanctioned by Beijing last year.

“To hold a reception in the House of Commons when MPs and a peer have been sanctioned is not acceptable,” he said.

As the masses marched through mazes at Southwark Park to pick up their wristbands to allow them to pay their respects to Queen Elizabeth II in Westminster, steward Rabia Sheikh cheered them on.

A muffled Big Ben to punctuate last days of mourning

Parliament’s iconic clock bell, known as Big Ben, will ring Sunday at 8 p.m. (3 p.m. ET) to mark what the government has called a national moment of reflection.

The bell will then be rung again after the end of the minute of silence, according to a statement from Parliament, with a muffler being used to produce a quieter tone. Big Ben will again toll on Monday at one-minute intervals as a huge procession departs after the state funeral service.

Prince Andrew, the third child and second son of Queen Elizabeth II, released a personal tribute to the late monarch on Sunday.

“Mummy, your love for a son, your compassion, your care, your confidence I will treasure forever,” the Duke of York said in a statement.

In recent years, Andrew has defended himself against allegations of sexually abusing underage women through his friendship with Jeffrey Epstein, who was convicted of procuring a child for prostitution.

In January, Buckingham Palace announced that Andrew was returning his military affiliations and royal patronages to his mother the queen. In February, he settled a lawsuit with Virginia Giuffre, who alleged that she was 17 years old when she was trafficked by Epstein and abused by Andrew.

Dave Wheeler of Birmingham said he picked up a wristband that will allow him to see the queen lying in state at around 2:30 a.m. on Sunday (9 p.m. Saturday ET) in Southwark Park in South London.

By 10 a.m. he’d gotten near the London Eye, which is a short walk from Westminster Hall where Elizabeth’s casket is. He figured he had another dozen hours of slow walking to go before he reached the queen.

“It’s worth it,” Wheeler, 71, said. “The biggest challenge facing King Charles is holding the Commonwealth together. The queen was the glue.”

More than 1,000 mourners in line have received medical treatment

More than 1,000 people in line to see the queen’s coffin and in surrounding areas have received medical treatment since Wednesday, London’s ambulance service said Sunday.

Out of almost 300 patients, 17 had been taken to the hospital on Wednesday, it said. That number had climbed to 55 out of 400 on Saturday. Mourners have been in the long line for hours, enduring the chillier weather.

They’re maligned in the United States as rats with wings. But in the United Kingdom, pigeons hold a more respected position as accomplished racers and little-known favorites of Queen Elizabeth II.

Long before the queen became Britain’s longest reigning monarch, the young princess took a keen interest in animals of all shapes and sizes, including pigeons, horses and, of course, corgis.

She was also an avid sportswoman, often pictured angling in Scotland with Prince Philip or driving herself to the horse stables at Sandringham Estate. Her trademark printed headscarves, tweeds and galoshes used on hunting, shooting and fishing expeditions were as recognizable as her handbags.

Britain’s new King Charles III, Camilla, the Queen Consort, and other members of the royal family will host a reception for foreign guests and heads of state at Buckingham Palace on Sunday evening.

Ahead of the reception, the king will meet with the primeministers of Tuvalu, Antigua and Barbuda, and Papua New Guinea.

And at lunchtime, the king will host the newly elected prime minister of the U.K., Liz Truss, also at Buckingham Palace.

Lining up overnight to pay their respects

In 1952, when Queen Elizabeth II took the throne after the death of her father, same-sex sexual relations were criminalized in Britain. The same laws were also brought to the Commonwealth countries that it colonized.

By the time she died, the landscape for lesbian, gay, bisexual, transgender and queer rights looked dramatically different — at least in the United Kingdom — in part because she approved of many pro-LGBTQ measures, such as same-sex marriage.

That support has led some to argue that she was a “quiet” supporter of LGBTQ rights, but to others she was just doing her job.

The public continue to pay their respects

A man has been charged in connection with an incident Friday at Westminster Hall, where the queen has been lying in state, London police said Saturday.

A 28-year-old man was arrested and charged with moving to cause alarm, harassment or distress, according to a statement from London’s Metropolitan Police. He was scheduled to appear at the Westminster Magistrates’ court Monday.

A Parliamentary spokesperson said a person had “moved out of the queue and toward the Catafalque,” or raised platform.

The person was removed from the hall and the queue resumed with “minimal disruption,” the spokesperson said.

The platform where the queen’s coffin is displayed was being guarded at all times by the Sovereign’s Bodyguard, Foot Guards or the Household Cavalry Mounted Regiment. 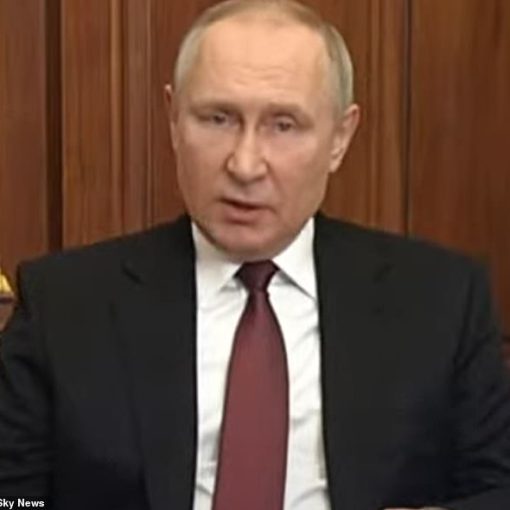 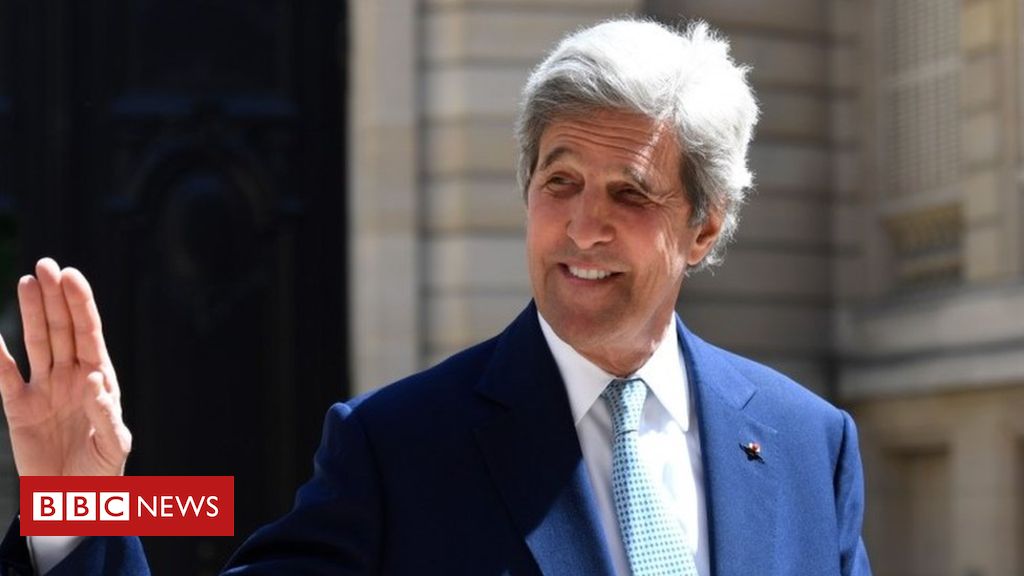 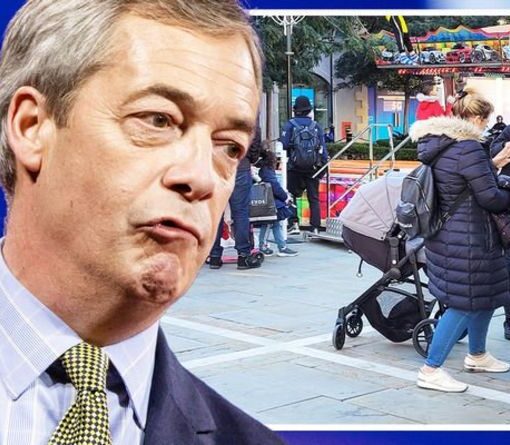 Speaking on GB News earlier this month, the Brexit talisman said that despite it having one of the highest vaccination rates on […] 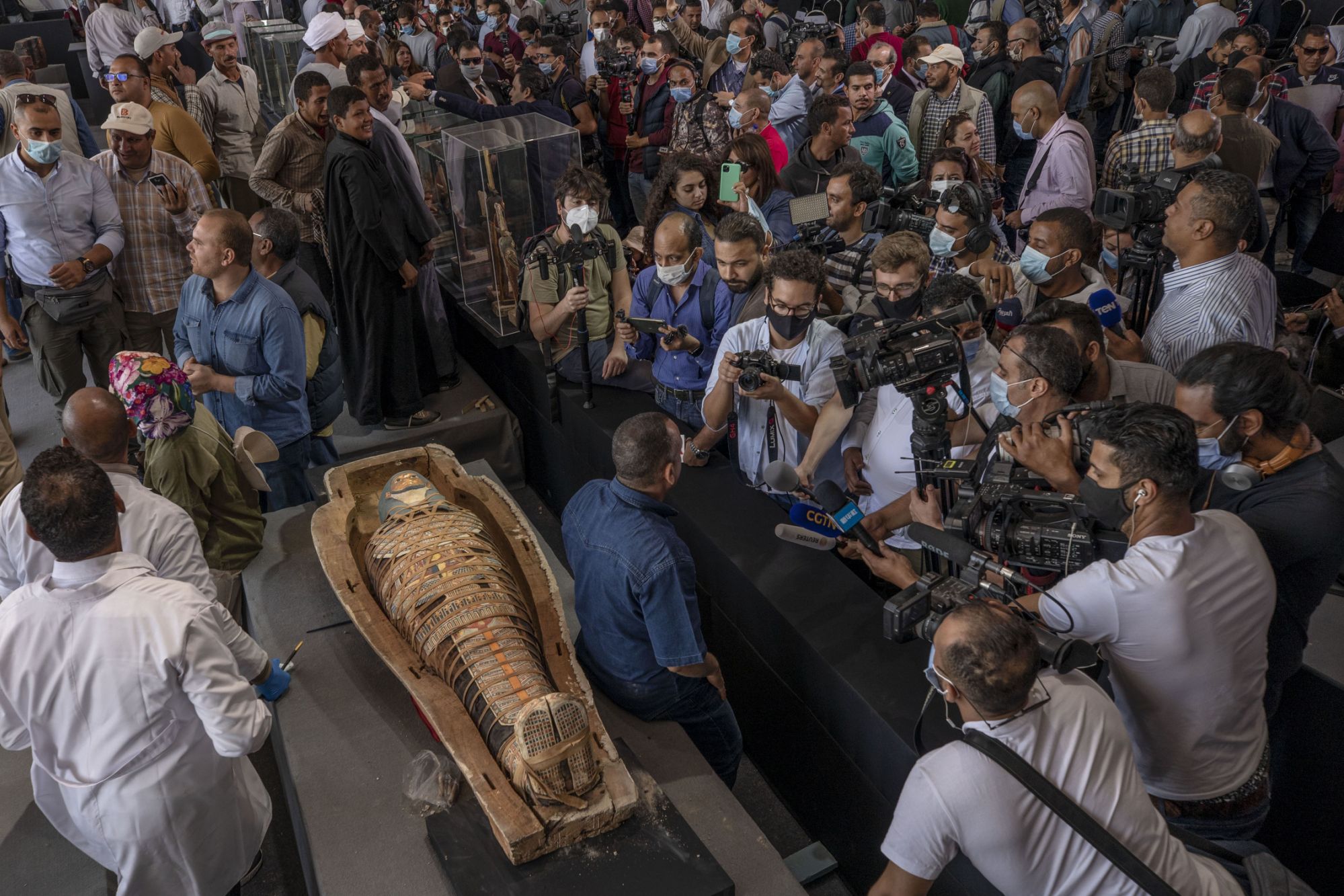 CAIRO (AP) — Egyptian antiquities officials on Saturday announced the discovery of at least 100 ancient coffins, some with mummies inside, and […]