NRLW heavyweights Brisbane will miss the finals series for the first time in the competition’s history after a 28-16 loss to underdogs Parramatta – with Broncos skipper Ali Briggenshaw left in tears.

Brisbane, the winners of the first three NRLW premierships, finished the regular season with 1-4 record, completing a fall from grace that started with their early exit from last year’s finals series.

Heading into the fifth and final round of the regular season, the Broncos, Gold Coast and Parramatta were all chances to claim fourth place and book a spot in next week’s semi-finals. 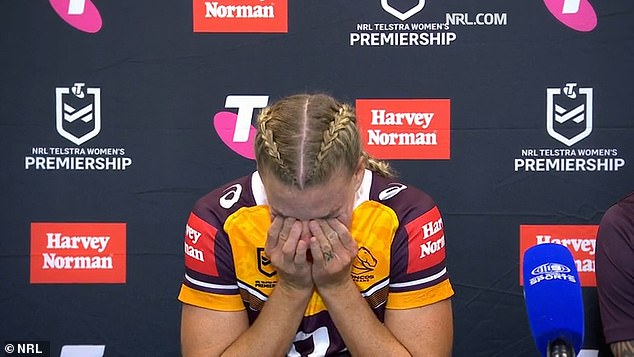 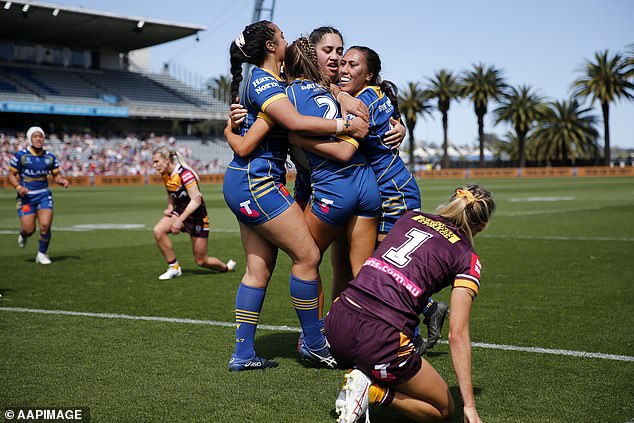 The Eels were the only winless team of the three – sitting last – and they needed to win by more than six points at Central Coast Stadium in Gosford on Sunday to oust the Broncos from the top four.

They handled the assignment with aplomb.

Forwards Kennedy Cherrington and Simaima Taufa were standouts for the Eels, running for over 250 metres each and scoring late tries that confirmed the most memorable win of Parramatta’s short NRLW history.

Despite losing influential centre and co-captain Tiana Penitani to a quad injury only 13 minutes into the game, the Eels rallied for the sake of their season and overwhelmed the Broncos with a powerful running game. 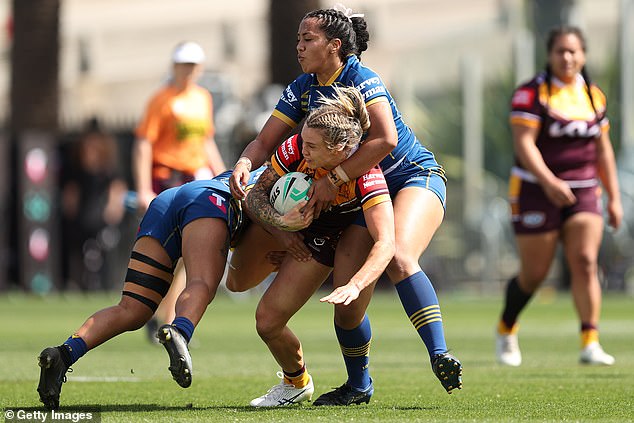 Parramatta took a 14-6 lead into the break that did not truly reflect their dominance in possession and field position, and did especially well to cross on the left edge in the minutes before halftime despite Penitani’s absence.

The Eels could not turn pressure into points early in the second half and with one eye on maintaining a buffer a six-point buffer, kicked for penalty goal to extend their lead to 16-6.

But their decision to pass up the chance to remain on the attack proved costly.

Once out of trouble, the Broncos took just four minutes to begin closing the gap through Hayley Maddick, who was the beneficiary of an Amber Hall line break.

Ali Brigginshaw pitched in two plays that changed the game, first kicking a short drop-out that sat up perfectly for Jamie Chapman. 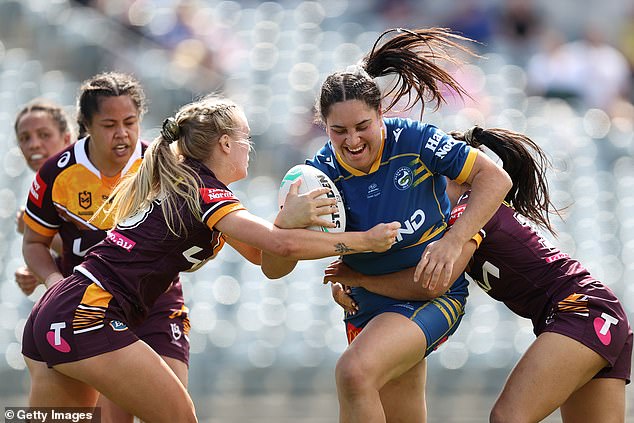 The Eels needed a converted try to claim fourth place, and knock out the Broncos, and Taufa barged over the line with nine minutes remaining to give them that margin, and the win was confirmed by Cherrington three minutes later

And once the Broncos moved downfield, they drew level with a piece of Brigginshaw individual brilliance.

But just when the Broncos’ experience could have overwhelmed the Eels, Taufa burst over to restore the six-point lead, before Cherrington sealed the result on the right three minutes later.

The victory helped the Eels exorcise their demons from last year, when a loss to the Broncos ruled them out of playoffs contention in the final game of the regular season.

Consoled by Broncos coach Kelvin Wright in the press conference, Brigginshaw said the side was ‘devastated’ not to be featuring in the playoffs.

‘It hurts so much because we put so much into sacrifices to be here today,’ Brigginshaw said.

‘To put a performance on like that, we know we’re better.

‘It’s just disappointing. We feel disappointed for our family and friends home watching. 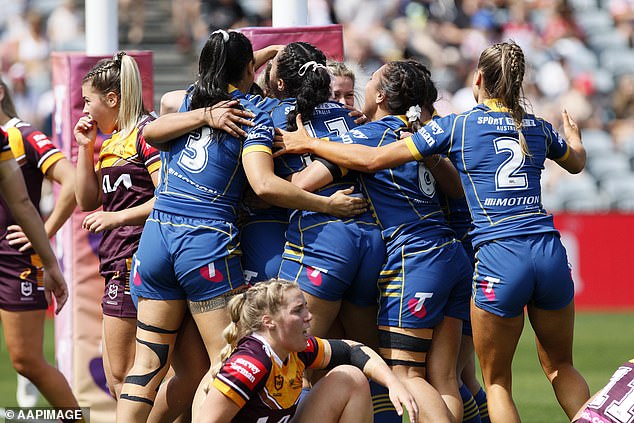 ‘We tried so hard. We’re going to learn from it but it just hurts.’

Brisbane fans were devastated by the result of the close game, which was in the balance right up until the last ten minutes.

‘We didn’t deserve to win, Eels too good too hungry well done,’ said a Twitter user

‘More misery for the Broncos as a club,’ lamented another.

Eels fans on the other hand were stoked about the surprising outcome.

‘Broncos NRLW dynasty is over,’ celebrated one fan

Another followed up with: ‘Broncos are out of the finals! How good! So sick of seeing them win pretty much everything until this season!

First-placed Sydney Roosters defeated the Titans on Sunday, meaning the Eels will play them in the first week of the finals.

REVEALED: FIFA are considering bringing this year’s World Cup FORWARD one day to allow hosts Qatar to play in the traditional curtain-raiser […]

France’s unpredictability these days tends to be in their team selection rather than their play, but after being named in a side […] 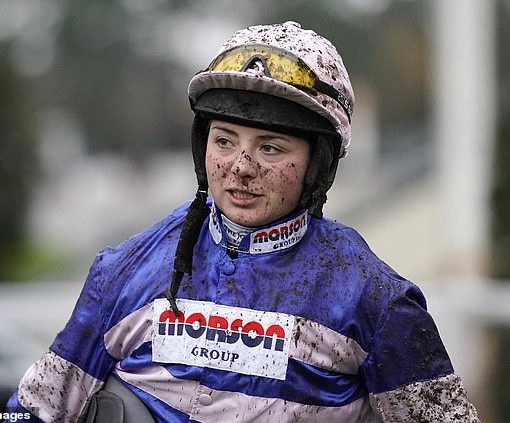 Pogba has been linked with a move away from Manchester United in the summer, with Barcelona one of the clubs reportedly circling. […]