This weekend, the latest episode of The Lord of the Rings: The Rings of Power hit Amazon Prime Video. The episode spent a considerable amount of time following the events of Theo and his community hiding away from the threat of the orcs. However, the episode also shone a light, once again, on the troubled young lad’s newfound weapon. A mysterious sword that only materialises once it has drunk blood. It doesn’t bode well for anyone…

Theo was told by a hidden follower of Sauron from his community that the blade was built specifically for the dark lord and his minions.

Even though Theo is currently struggling to decide what the right thing to do is, the sword will undoubtedly be an enormous part of the continuing story. And with such focus on the magical artifact, it would make sense for even more famous weapons from the Tolkien universe to be discovered and used by Galadriel, Arondir, or even Halbrand (although there is something certainly very sinister about him).

Specifically, this debut season of The Rings of Power would be a great way of reintroducing some of the legendary weapons found in The Hobbit and used throughout The Lord of the Rings trilogy.

With Arondir at the forefront of the battle against Sauron’s orcs, he is primed to stumble upon one of these weapons and use it to fight the forces of evil.

The most famous weapon from the Lord of the Rings universe is, of course, Sting. A blue-glowing blade found by Bilbo during the events of The Hobbit while he was on his quest with Gandalf and the Dwarves to the Lonely Mountain (otherwise known as Erebor).

Bilbo found the sword after a battle of wits with a trio of trolls who were ultimately bested by the rising sun. But the real win came just after.

They discovered the trolls’ secret cache of treasures and jewels. And embedded within this hidden cave were three Elven-made weapons that changed the fate of Middle-Earth.

READ MORE: Here’s our guide to each of the rings in The Rings of Power

Before these three legendary weapons were found by Bilbo and his party, they were crafted by Elves for Turgon King. But by the time Bilbo found them, the weapons had been lost for centuries. They were last seen in the First Age.

Tolkien experts believe they were lost during the Fall of Gondolin, which took place in FA (First Age) 510. The next time they appeared was during Bilbo’s journey during the Third Age.

With this in mind, cast your mind back to The Rings of Power’s latest episode. A lot of emphasis was placed on Theo’s weapon, and how it was crafted specifically for Sauron and his subjects.

With such a powerful tool at the evildoers’ disposal, it only makes sense that the playing field should be levelled in the coming episodes.

Considering fans will not be seeing their favourite characters make appearances throughout the upcoming five seasons of The Rings of Power, they may instead spend more time with their mythical weapons.

As these blades were lost in time until the Third Age, their legends could be expanded on by being wielded by some of the fiercest heroes from the Second Age, before being stolen or stashed away by the trolls in The Hobbit.

Lord of the Rings: The Rings of Power continues Friday on Amazon Prime Video. Mark Consuelos is celebrating a milestone birthday. The Riverdale actor turns 50 on Tuesday, March 30, and he’s receiving a flood of well […]

She desperately tried to keep the truth to herself, but was forced to explain her ordeal as Mick promised to help her […] 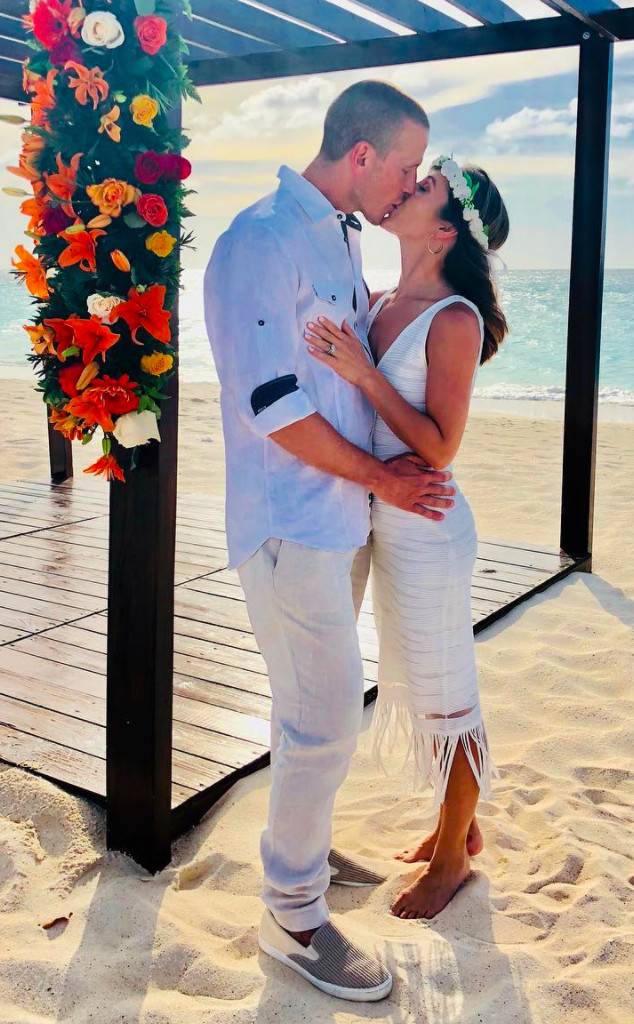 Instagram Ashley Hebert and J.P. Rosenbaum just said “I do” for a second time. After almost six years of marriage, The Bachelorette […]