‘It just isn’t right!’: Jeopardy fans rage against newly-minted co-host Ken Jennings after he allowed champion to CORRECT his wrong answer but did not let another contestant do so moments later

Jeopardy fans revolted against co-host Ken Jennings after he allowed a champion to correct his answer, but not another contestant.

When the contestant was asked to identify a ’19th-century landscape by this British painter,’ Constable, de Guzman incorrectly answered: ‘Constant.’

Jennings seemed to jump in to help, asking him to ‘say it again.’

The Virginia attorney corrected himself and went on to gain the $1,000 – bringing his total up to $6,200 for the night. 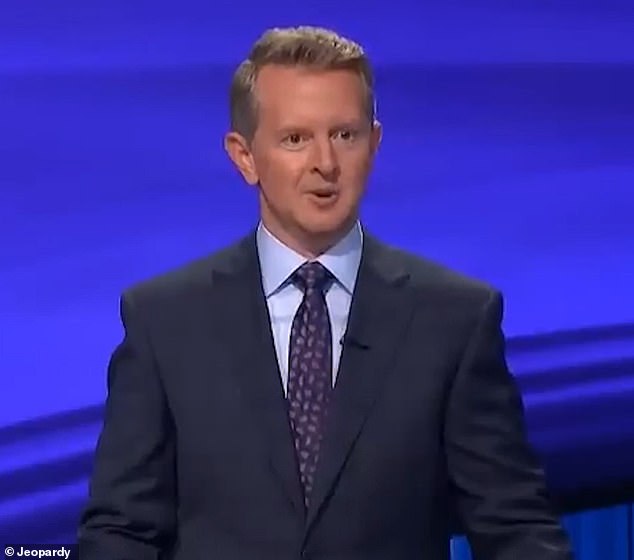 Ken Jennings, 48, asked contestant Luigi de Guzman to ‘say it again’ when he mispronounced a British painter after buzzing in on Wednesday night’s episode of Jeopardy. 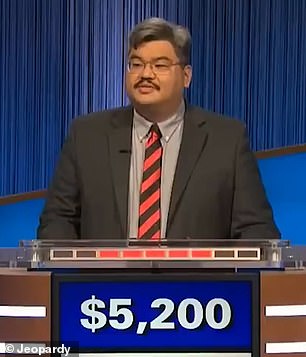 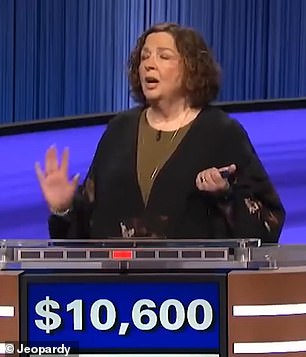 De Guzman (left) incorrectly identified Constable as ‘Constant’ and was seemingly allowed to correct the answer after Jennings’ prompting Moments later, fellow contestant. Harriet Wagner (right) was not awarded the same thing when she quickly adjusted her answer to the correct one. Jennings argued that he had ‘already begun ruling’ against her and that’s why she didn’t receive the money

Just as she blurted out Ursula, viewers could hear Jennings begin to tell her the answer was incorrect, which he said is why she was not awarded the money.

Fans were quick to point out that Wagner had corrected her answer faster than de Guzman and thought it to be unfair that he was awarded the money only after the host asked him to repeat his answer.

‘Luigi picked up that clue, too, by buzzing in and repeating that player’s second, correct, reply,’ he told the contestant. ‘Yes, Harriet, you remembered that her name was Ursula but I had already begun ruling against you when you began correcting yourself.’

Many were quick to take to social media to blast the cohost – who shares hosting duties with actress Mayim Bialik.

‘So on #Jeopardy one contestant can correct an answer and another can not? Come on Ken, that just isn’t right,’ Twitter user Steven Glen wrote.

‘Gosh, Jeopardy – why not have a certain amount of time to answer? Harriet answered her revised answer of Ursula…as quickly as Luigi was allowed to correct his response from Constant to Constable a few minutes earlier,’ Ann Swan wrote on Twitter.

Megan Baker agreed, commenting: ‘Yup. They didn’t give it to her, but gave it to him. Pure bias. It’s not right. I think if they screw up the answer, that should be it. Otherwise, it’s favoritism.’

Abbe Wichman wrote on the social platform: ‘@Jeopardy you gave Luigi the chance to correct himself when he got Constable wrong [and] said Constant yet when Harriet said the wrong name for LeGuin [and] corrected herself you didn’t let that slide. Do better [and] play fair.’ 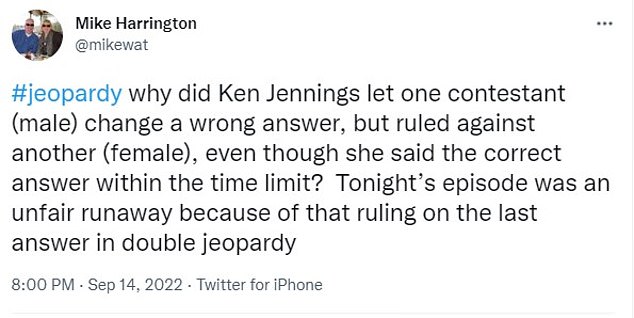 Social media users revolted against the ruling, saying it was ‘unfair’ and ‘biased’ while one person labeled Jennings a ‘misogynistic bigot’

Another Twitter user wrote: ‘Terrible Daily Double wager by Luigi on that final clue. Fortunate that he knew it because had he not, he effectively took the game OUT of being a runaway. #jeopardy.’

Another Twitter user Mike Harrington suggested it had to do with gender, writing: ‘Why did Ken Jennings let one contestant (male) change a wrong answer, but ruled against another (female), even though she said the correct answer within the time limit? Tonight’s episode was an unfair runaway because of that ruling on the last answer in double jeopardy.’

De Guzman ended his four-day streak with $115,200. If he wins another round, he will move on to the Tournament of Champions. 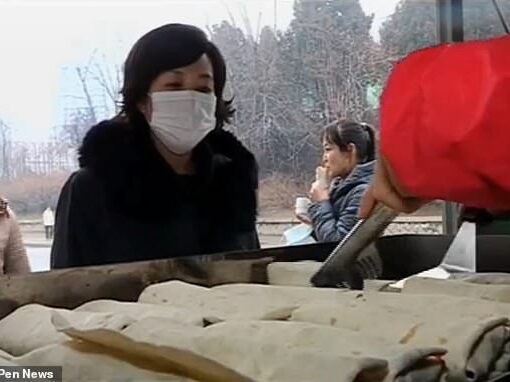 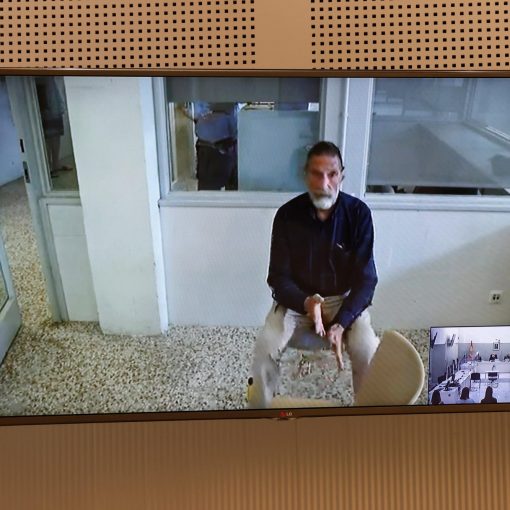 MADRID (AP) — Authorities in Spain say that a judge has ordered an autopsy on the remains of John McAfee, the gun-loving […] 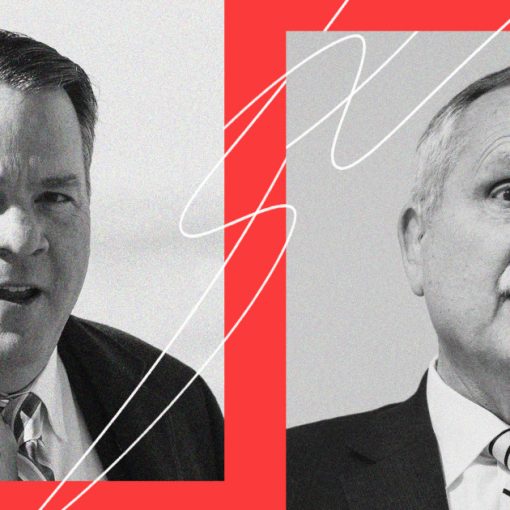 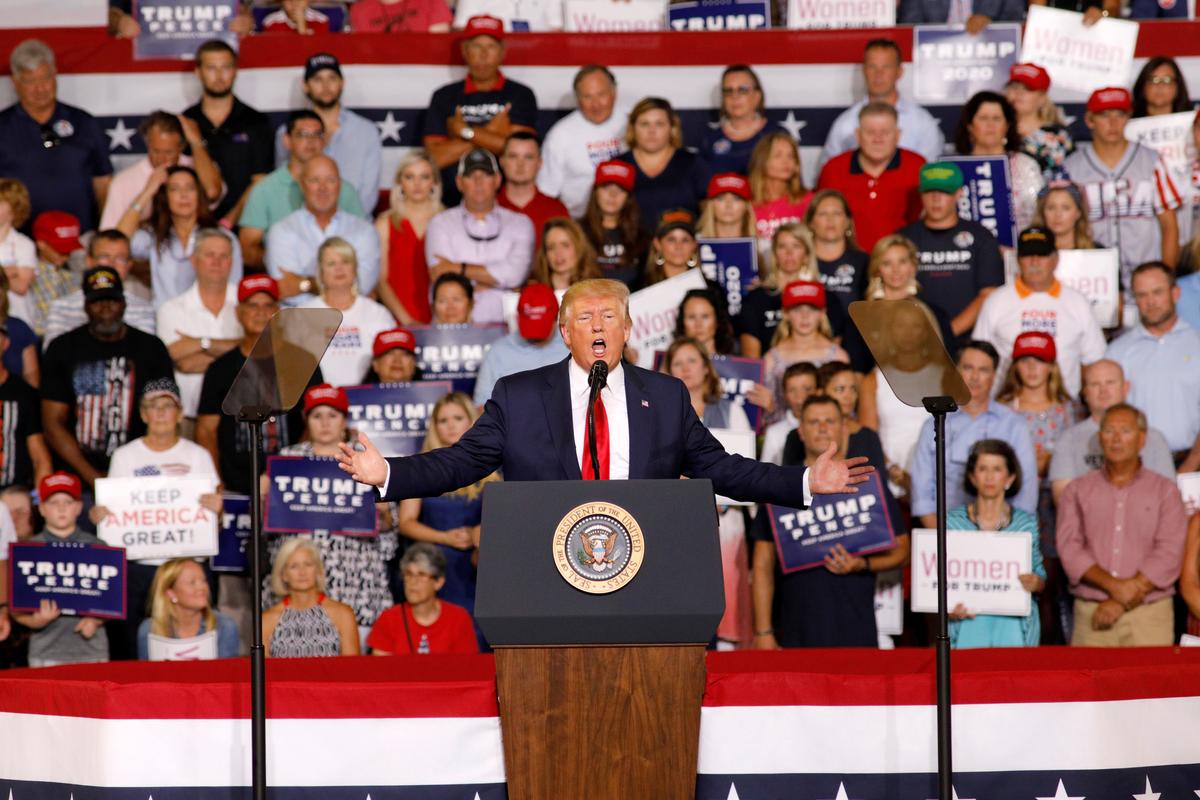