WEST LAFAYETTE, Ohio — Michael French trudged through a thicket of prickly bramble, unfazed by the branches he had to swat away on occasion in order to arrive at a quiet spot of hilly land that was once mined for coal. Now, however, it is patched with flowering goldenrods and long yellow-green grasses and dotted with tree saplings.

The sight, he acknowledged, would seem unimpressive to most. Yet it might be Mr. French’s most prized accomplishment. To him, the young trees symbolize what could be a critical comeback for some of the country’s vanishing forests, and for one tree in particular, the American chestnut.

By then, Mr. French envisions that the chestnut, a beloved tree nearly wiped out a century ago by a blight-causing fungus, will be among those that make up an expansive forest of native trees and plants.

Billions of chestnuts once dominated Appalachia, with Americans over many generations relying on their hardy trunks for log cabins, floor panels and telephone poles. Families would store the trees’ small, brown nuts in attics to eat during the holiday season.

Now, Mr. French and his colleagues at Green Forests Work, a nonprofit group, hope to aid the decades-long effort to revive the American chestnut by bringing the trees back onto Appalachia’s former coal mines. Decades of mining, which have contributed to global warming, also left behind dry, acidic and hardened earth that made it difficult to grow much beyond nonnative herbaceous plants and grasses.

As coal continues to decline and many of the remaining mines shut down for good, foresters say that restoring mining sites is an opportunity to prove that something productive can be made of lands that have been degraded by decades of extractive activity, particularly at a moment when trees are increasingly valued for their climate benefits. Forests can capture planet-warming emissions, create safe harbor for endangered wildlife species and make ecosystems more resilient to extreme weather events like flooding.

The chestnut is a good fit for this effort, researchers say, because the tree’s historical range overlaps “almost perfectly” with the terrain covered by former coal mines that stretched across parts of eastern Kentucky and Ohio, West Virginia and western Pennsylvania.

Another advantage of restoring mining sites this way is that chestnut trees prefer slightly acidic growth material, and they grow best in sandy and well-drained soil that isn’t too wet, conditions that are mostly consistent with previously mined land, said Carolyn Keiffer, a plant ecologist at Miami University in Ohio.

Since 2009, Green Forests Work has helped plant more than five million native trees, including tens of thousands of chestnuts, across 9,400 acres of mined lands. Over that time, the group has collected supporters, including U.S. Forest Service rangers trying to bring back the red spruce onto national forests in West Virginia, and bourbon companies interested in the sustainability of white oak trees that are used in barrels to store and age whiskey.

Relinquishing a fortune. Yvon Chouinard, the founder of the outdoor apparel maker Patagonia, transferred ownership of his company to a trust and an organization devoted to fighting climate change. The move comes at a moment of growing scrutiny for billionaires whose rhetoric about making the world a better place often don’t match reality.

Melting ice. In a more drastic forecast than earlier assessments, a new study found that the melting of the Greenland ice sheet could eventually raise global sea levels by at least 10 inches. The study reached the conclusion in part because it used a different measure to gauge ice loss that takes into account the warming that has already occurred.

“We, humans, brought in the nonnative fungus that killed the tree,” Dr. Keiffer said, referring to the parasitic fungus that was accidentally introduced to North America in the late 1800s on imported Japanese chestnuts.

After that, mining the land made it nearly impossible for it to develop naturally back into the forest it once was, she said. “Maybe we can be the ones to bring the trees back.”

That calling has always motivated Thomas Brannon, even as a third grader in the 1940s planting trees with his siblings on his family’s land in eastern Ohio, the property that Mr. French visited in August.

“If I can make that 230 acres look better, then that’s enough for me,” Mr. Brannon said.

His grandparents sold mining rights to parts of the property in 1952, and nearly four decades of coal mining followed.

In 1977, the federal government passed the Surface Mining Control and Reclamation Act, requiring mining companies to return land to the general shape it had before the mining activity.

As a result, mining companies would backfill excavated land, packing rock material tightly against the hillside so it wouldn’t cause landslides, said Scott Eggerud, a forester with the Office of Surface Mining Reclamation and Enforcement, the agency that enforces the mining law. To prevent erosion, mining companies would plant aggressive, mostly nonnative grasses that could tolerate the heavily compacted soil.

From the 1980s to the early 2000s, an estimated one million acres of previously forested area in the Appalachia were reclaimed this way as “legacy” mined lands.

In theory, compacting land and greening it up quickly was a good idea, in terms of preventing erosion and water contamination, said Sara Fitzsimmons, chief conservation officer at The American Chestnut Foundation. But it made re-establishing forests difficult.

Tree planters described the early efforts to reforest those legacy mined lands as “planting trees in a parking lot.”

When Green Forests Work arrived on the Brannon property in 2013, they focused on undoing some of the damage done to the land, bringing in bulldozers with giant ripping shanks that dig three to four feet deep into the soil, loosening up the dirt and pulling up rocks.

By springtime, the group had planted upward of 20,000 seedlings, a mix of 20 different native tree species including the American chestnut, the Virginia pine and a variety of oaks.

They also planted 625 chestnuts in a one-acre space they called a progeny test to evaluate the health of hybridized chestnut trees — fifteen-sixteenths American chestnut and one-sixteenth Chinese chestnut — that were crossbred by scientists at The American Chestnut Foundation, a nonprofit group formed in the 1980s.

“We end up with a chestnut that looks more like an American chestnut but retains some of the disease resistance from Chinese chestnuts,” said Jared Westbrook, director of science at the foundation.

The crossbreeding approach to growing blight-resistant chestnut trees proved more complicated than initially expected. Although those efforts still continue, a research team at the SUNY College of Environmental Science and Forestry has begun genetically engineering the trees by taking a fungus-fighting gene from wheat and transferring it into American chestnut embryos.

Many of the chestnuts growing in the progeny test now reach high above Mr. French’s head. When he inspected them in August, he’d pointed out a few black locust trees that had made their home next to the chestnuts on their own — an exciting development signaling that nature is doing its work, Mr. French said.

The black locust tree can take in atmospheric nitrogen and convert it to a type more accessible to plants. The tree’s leaves fall off and break down quickly, building up topsoil. And as a fast-growing but short-lived tree, it shades other saplings in their earlier years, encouraging them to grow straight and tall as they compete for light.

“We call it nature’s scab,” Mr. French said. “It’s there for a little while, and helps heal the wounds, and then it falls off.”

Climate change has complicated efforts to bring back tree species in other ways. As temperatures warm, the optimal range for the chestnut tree, and a number of other tree species, will be shifting northward into the northern United States and Canada, Dr. Westbrook said. Some wildlife managers have begun experiments to deliberately relocate certain tree species northward in a controversial process called assisted migration.

Since the chestnuts were wiped out, and any remaining trees only grow to a few years old before they die off from the blight, they have not had a chance to reproduce and adapt to climate change as other species have, Mr. Westbrook said. “They’re essentially 50 to 100 years behind every tree that didn’t have the disease,” he said.

Mine reforestation efforts have focused on planting a variety of native tree species, but chestnuts have always been a good way into the difficult conversation of encouraging the industry to change its standard practices.

“When you start talking to people about the chestnut tree, they get really excited,” Mr. French said.

Reforestation, though, is about more than any one species. It’s important to take a “holistic, ecosystem approach,” said Christopher Barton, a forest hydrology professor at the University of Kentucky and president of Green Forests Work.

At some sites, for example, tree planters don’t just plant trees, they also build wetlands. The man-made wetlands at Monongahela National Forest in West Virginia’s Allegheny Mountains look like a mosaic of small pools, with tangled branches of downed trees jutting out of the water at spots, left there intentionally to serve as a safe place for amphibians to attach their eggs, said Anna Maria Branduzzi, the reforestation coordinator at Green Forests Work.

The nonprofit group, together with the U.S. Forest Service, has been working to restore the red spruce ecosystem on 2,500 acres of land in Monongahela that had been mined for coal.

Historically, the area would have been wet enough that peat, a spongy material formed of partially decayed organic matter that can serve as an important carbon sink, would accumulate, Dr. Barton said.

After mining reclamation, the area lost its moisture, along with its trees.

“The biggest limiting factor to tree growth is soil moisture,” said Shane Jones, an ecosystem staff officer for the Forest Service. “We’re trying to put the sponge back on the mountain,” he said, grabbing a fistful of dirt and wringing out a trickle of water. 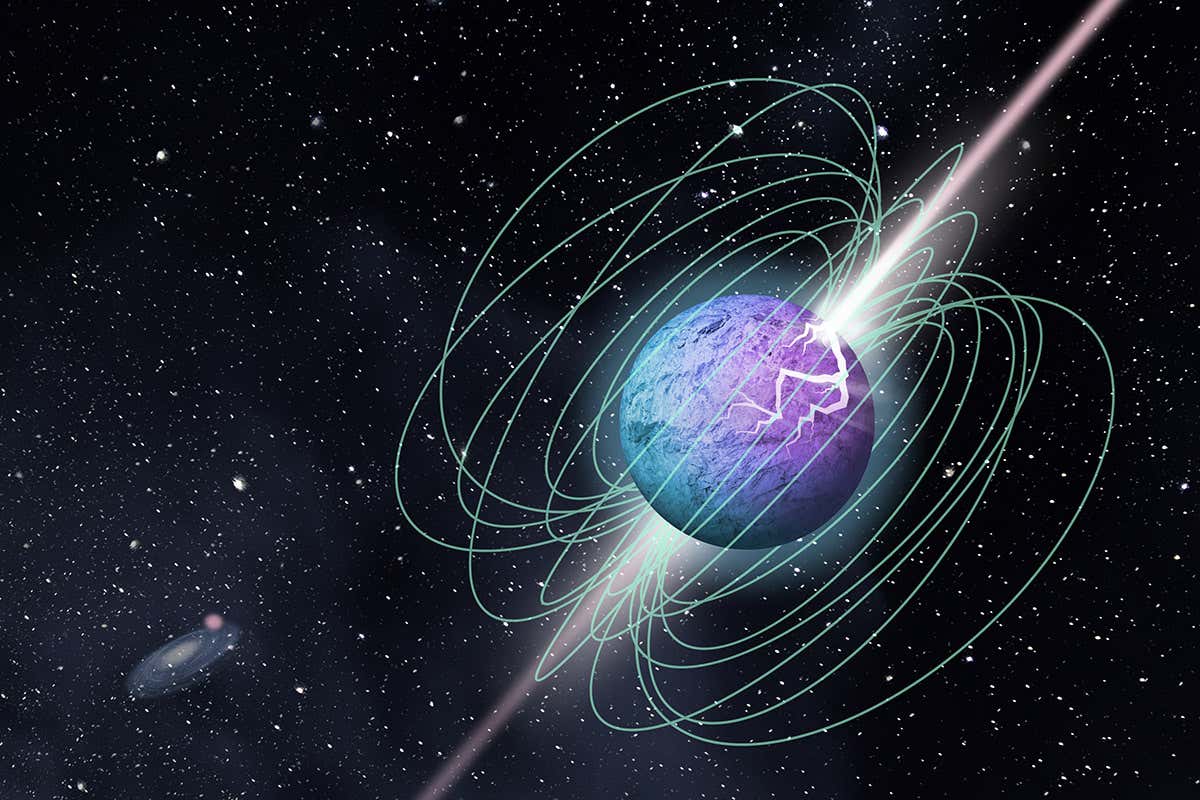 By Leah Crane Illustration of a magnetar’s magnetic fields and a burst of radiationMcGill University Graphic Design Team For the first time, […] 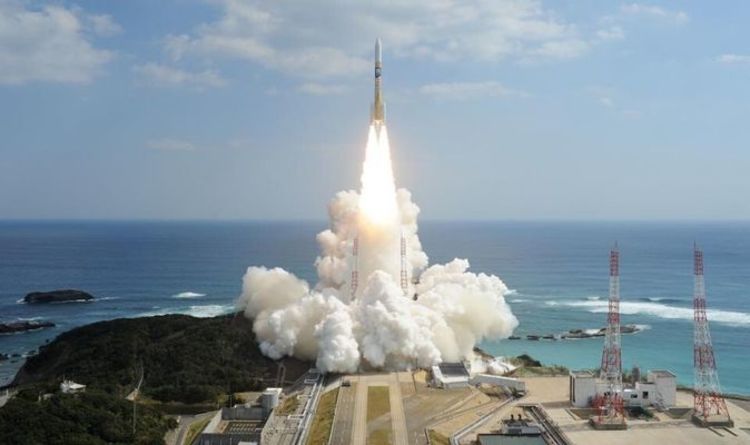 Approximately half of all missions to the Red Planet fail – and the Emirates Mars Mission has faced a tricky start, following […] 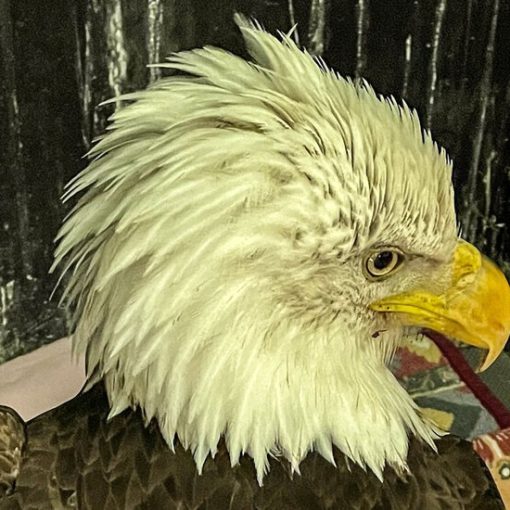 The bald eagle, whose resurgence is considered one of the great conservation success stories of the 21st century, is facing a serious […] 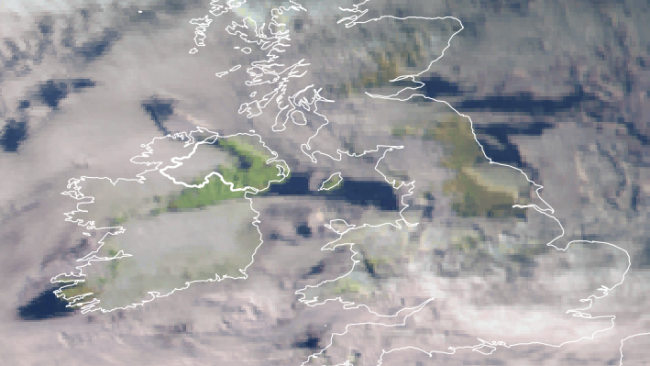