By Henry Tomlinson For Mailonline

Arsenal’s club shop has sold out of t-shirts with artwork referencing manager Mikel Arteta’s iconic teamtalk as seen on Amazon’s All or Nothing series about the club after only 30 minutes.

During the north London derby against Tottenham Hotspur in episode two of the behind-the-scenes documentary, Arteta was focusing on how to get the best out of his side in order to overcome their fierce rivals.

The Spaniard took to the whiteboard and drew a cartoon heart and brain and told the players to work together on the pitch. 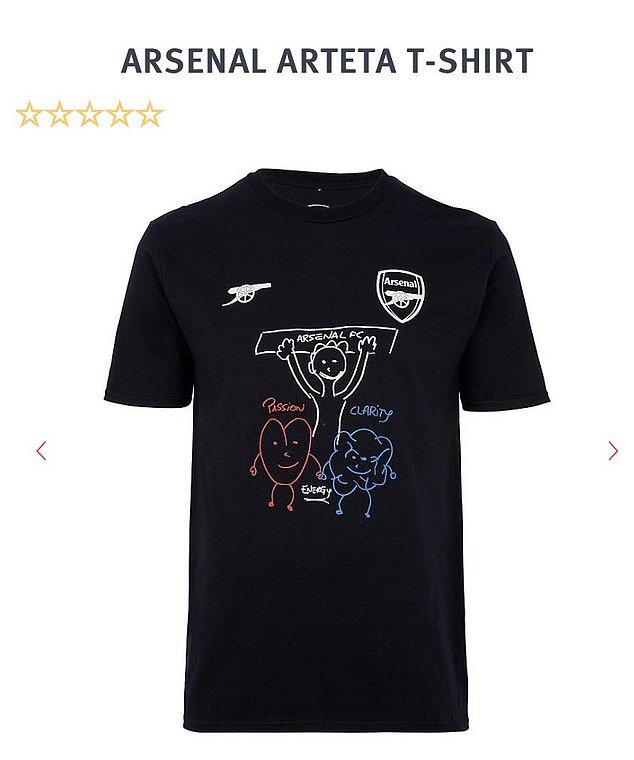 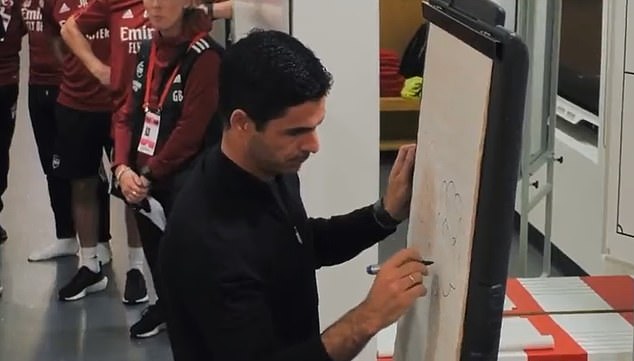 ‘And these have to work together.

‘This is your passion, how your manager wants you to put into the game. How much you want to commit yourself in the game.’ 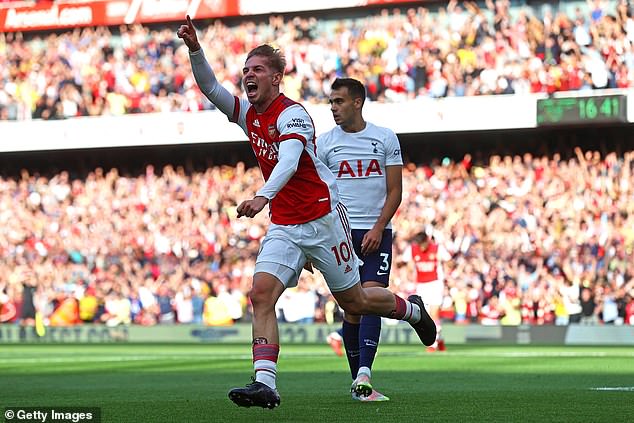 After the teamtalk, Arsenal would beat Spurs 3-1 with Emilie Smith-Rowe (pictured) scoring

During the speech, many of the Arsenal stars such as Bukayo Saka, Alexandre Lacazette, Pierre Emerick-Aubameyang, Martin Odegaard, Sami Lokonga and Emile Smith Rowe were left with confused looks on their faces.

However, the speech worked as they went on to win the game 3-1 at the Emirates Stadium.

This success has led to Arsenal to commemorate the result by making a t-shirt with the picture by Arteta on it. 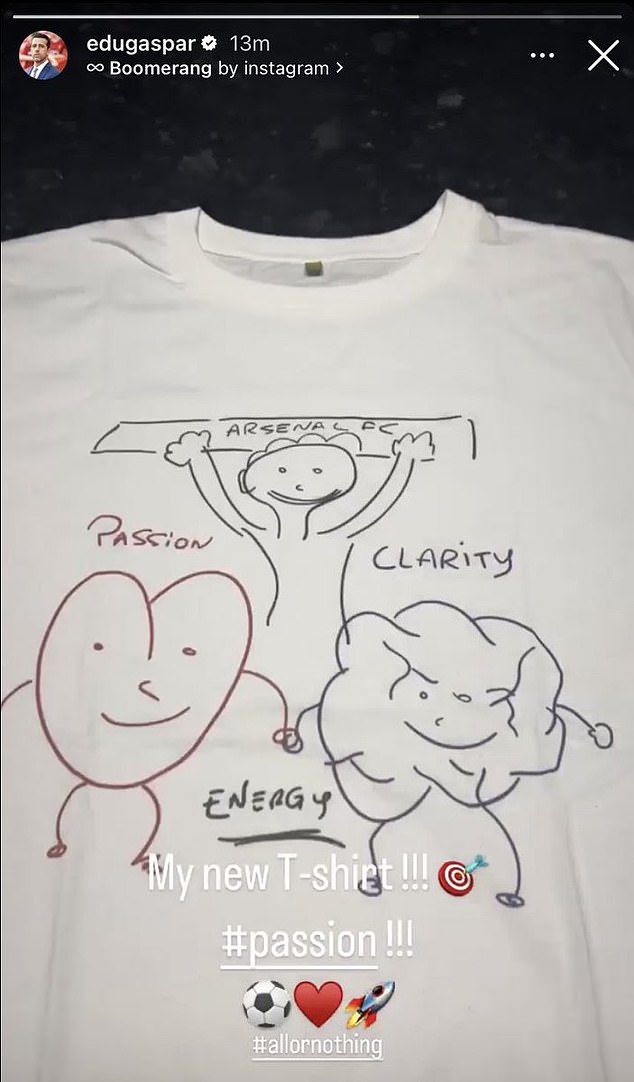 The shirt is being featured on the club’s website for £25, and it appears to have been a great decision as it has sold out with no stock available to be bought.

Arsenal technical director Edu Gaspar was one person that managed to get a hold of one before it sold out as he posted a picture of his new garment on Instagram.

However, not everyone is as big a fan of the t-shirt as the former midfielder as fans have taken to Twitter to criticise the clothing item.

One tweeted: ‘Surely nobody over the age of 5 wears that?’

Another tweeted: ‘Grown man wearing this would need a slap’.

However, one fan, was a fan of the shirt and expressed his interest in seeing Arteta wear the T-shirt for his next media appearance.

@RemontadaVv Tweeted: ‘In fairness fair play. Would love to see Mikel rocking one of these in the post-match interview.’

The 65 per cent of the money raised from the sale of the shirt is being donated to The Arsenal Foundation. 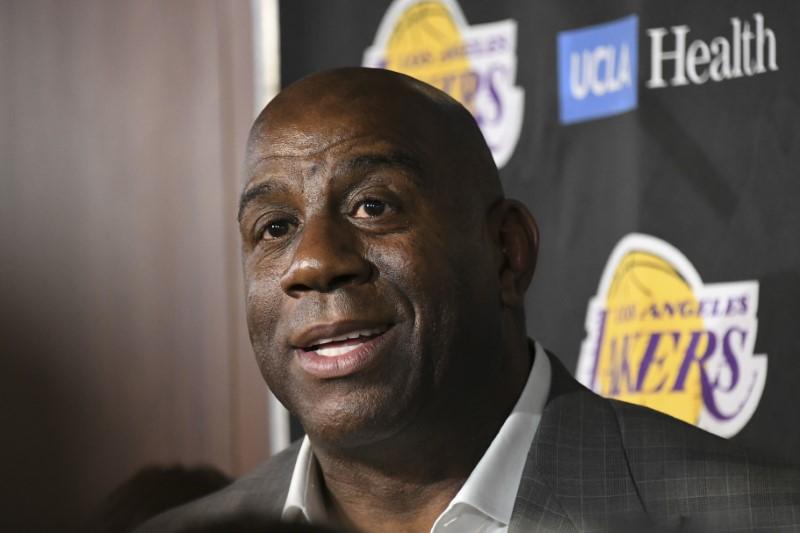 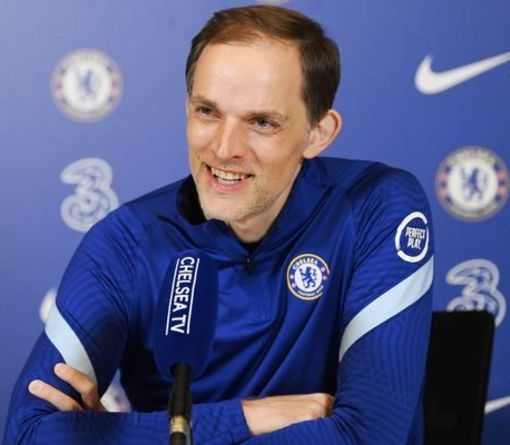 Thomas Tuchel claims he knows exactly how to get up for the Cup. Just 20 minutes of meditation in his hotel room […] 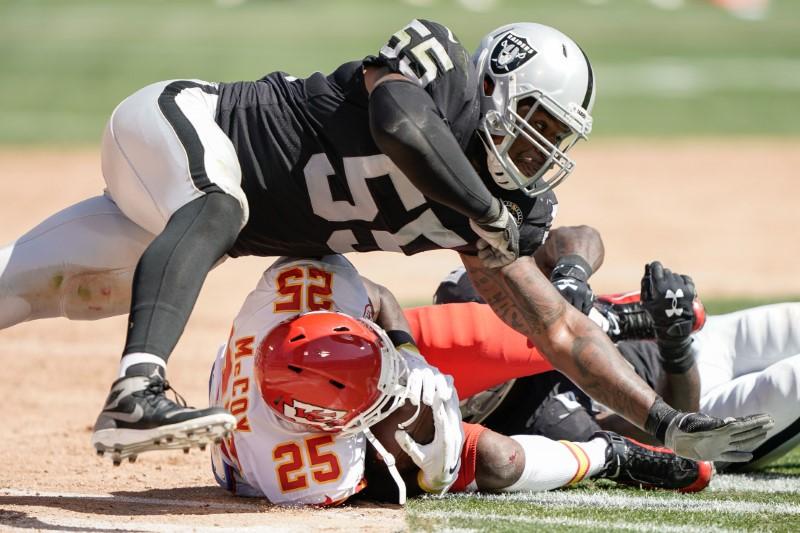 Eddie Jones has claimed that England have been spied on ahead of their World Cup semi-final against New Zealand on Saturday. Jones […]