The billionaire founder of outdoor apparel brand Patagonia is giving away the company to a trust that will use its profit to fight the climate crisis.

Yvon Chouinard, 83, said on Wednesday that instead of selling the company or taking it public, he would transfer his family’s ownership to the trust and a non-profit organization.

Chouinard became famous for alpine climbs in Yosemite National Park and has a net worth of $1.2 billion.

‘Each year, the money we make after reinvesting in the business will be distributed as a dividend to help fight the crisis,’ he wrote in an open letter on the company’s website.

‘Instead of extracting value from nature and transforming it into wealth for investors, we’ll use the wealth Patagonia creates to protect the source of all wealth.’

The Patagonia founder took a more direct tack in an interview with the New York Times, saying: ‘Hopefully this will influence a new form of capitalism that doesn’t end up with a few rich people and a bunch of poor people.

‘We are going to give away the maximum amount of money to people who are actively working on saving this planet.’

Founded in 1973, Chouinard’s company is headquartered in Ventura, California and sells more than $1 billion worth of outdoor wear and equipment worldwide.

The brand’s website now reads: ‘Earth is now our only shareholder.’ 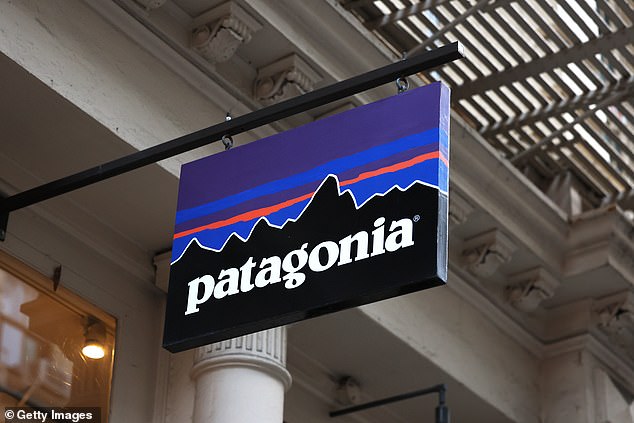 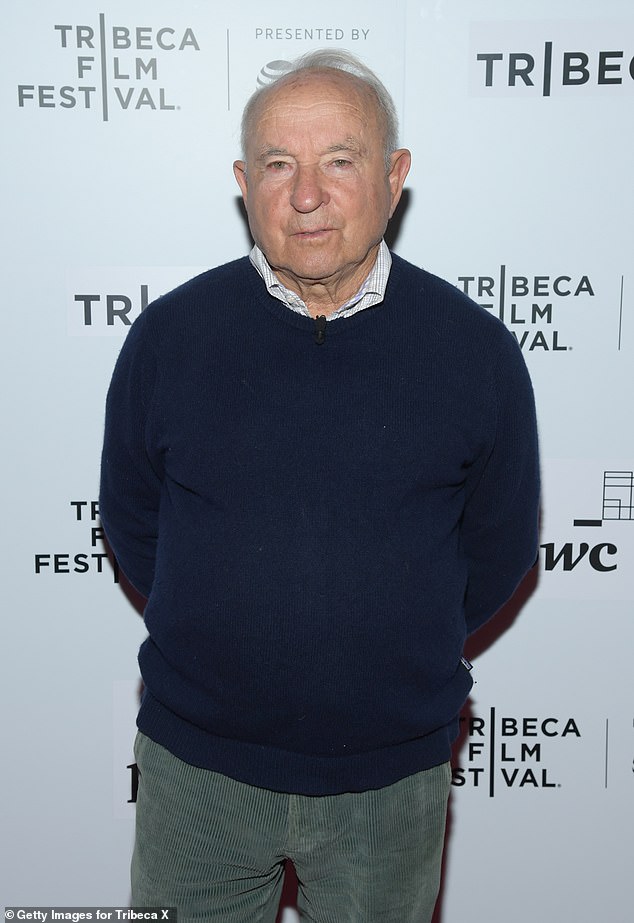 Patagonia founder Yvon Chouinard, 83, said on Wednesday that instead of selling the company or taking it public, he would transfer his family’s ownership to the trust and a non-profit organization 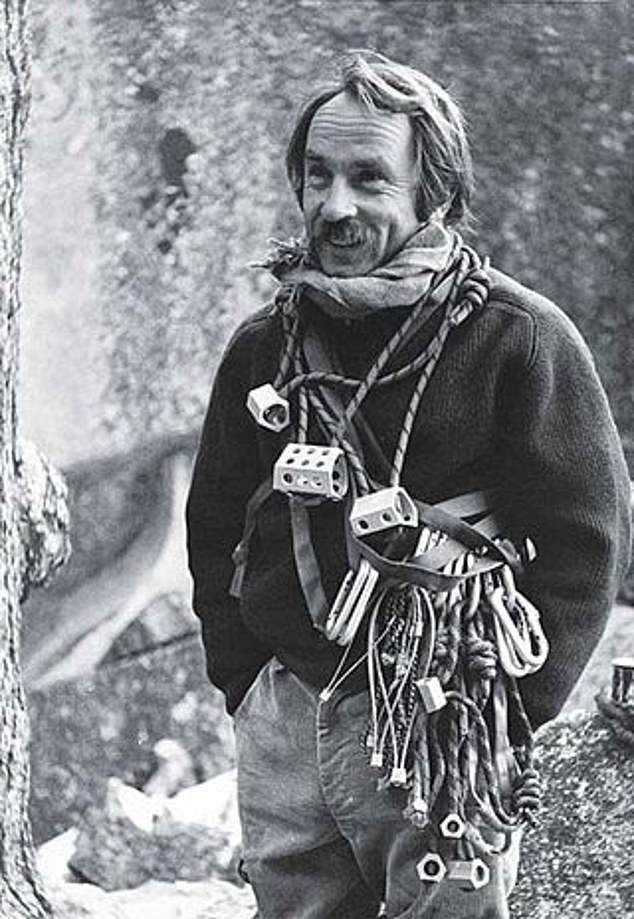 Chouinard (pictured), a pioneering rock climber, established the company in the 1970s in California

Patagonia will continue to operate as a private, for-profit corporation but the Chouinard family, which controlled the business until last month, will no longer own the company.

The company’s voting stock – roughly 2 per cent of the overall shares – is being transferred to the Patagonia Purpose Trust, a newly established entity designed to ensure the company delivers on its commitment to give away its profits.

The trust will be overseen by members of the family which includes his spouse and two adult children.

While rich individuals often make financial contributions to causes, the New York Times said the structure of the Patagonia founder’s action meant he and his family would get no financial benefit – and in fact would face a tax bill from the donation.

Meanwhile Patagonia’s non-voting stock – the equivalent of roughly 98 per cent of all shares – was given to the Holdfast Collective, a non-profit dedicated to fighting the environmental crisis and defending nature.

Because the Holdfast Collective is a social welfare, tax-exempt organisation, the family received no tax benefit for its donation.

A spokesman for merchant bank BDT & Co. which helped Patagonia structure the transfer of shares told the New York Times: ‘There was a meaningful cost to them doing it, but it was a cost they were willing to bear to ensure that this company stays true to their principles.

‘They didn’t get a charitable deduction for it. There is no tax benefit here whatsoever.’ 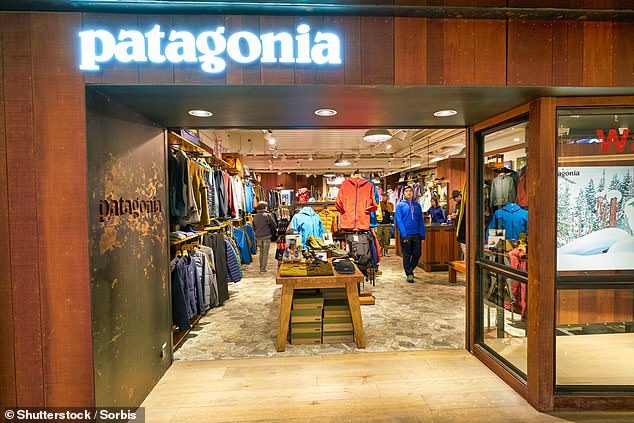 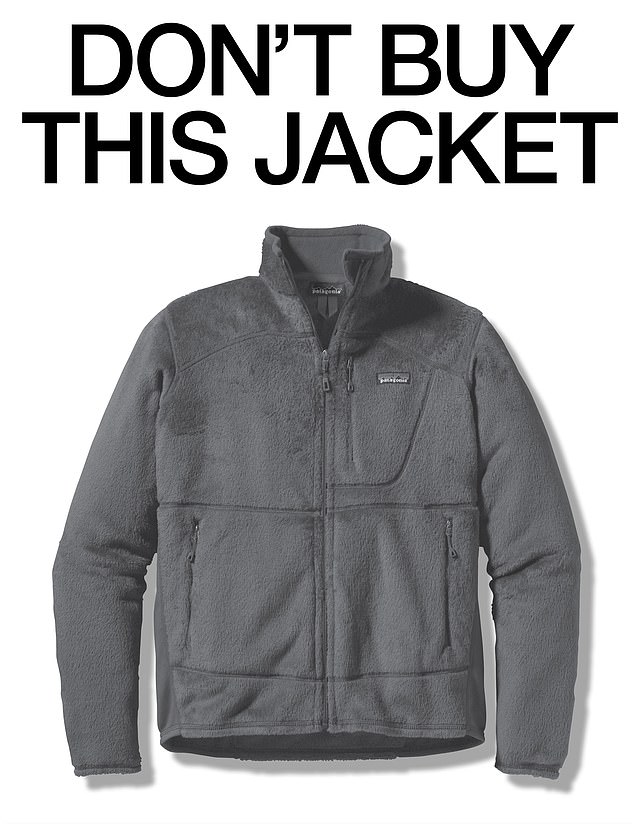 Chouinard and Patagonia have a history of pioneering environmental activism in business.

The alpinist in 2002 founded the ‘1 per cent for the planet’ initiative, and Patagonia became the first business to commit one per cent of annual sales to the environment.

Corporations received a windfall from the GOP’s sweeping overhaul of the U.S. tax code in 2017, which slashed corporate rates to 21 per cent, from 35 per cent.

Marcario at the time called the tax cut ‘irresponsible’ in a statement, adding: ‘Taxes protect the most vulnerable in our society, our public lands and other life-giving resources.

‘In spite of this, the Trump administration initiated a corporate tax cut, threatening these services at the expense of our planet.’

Back in 2011, the brand consolidated its sustainability-focused image when it ran a marketing campaign encouraging prospective customers not to buy clothes they don’t need.

The ‘Don’t Buy This Jacket’ campaign, which told customers to only buy Patagonia clothing if necessary and positioned the company as a producer of sustainable and high-quality outerwear struck a chord and won plaudits worldwide. 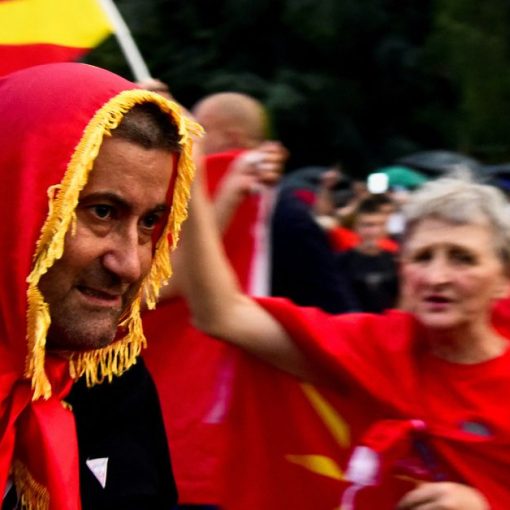 Supporters of North Macedonia’s biggest opposition party VMRO-DPMNE, wave flags and shout slogans during a rally demanding the rejection of the French […] 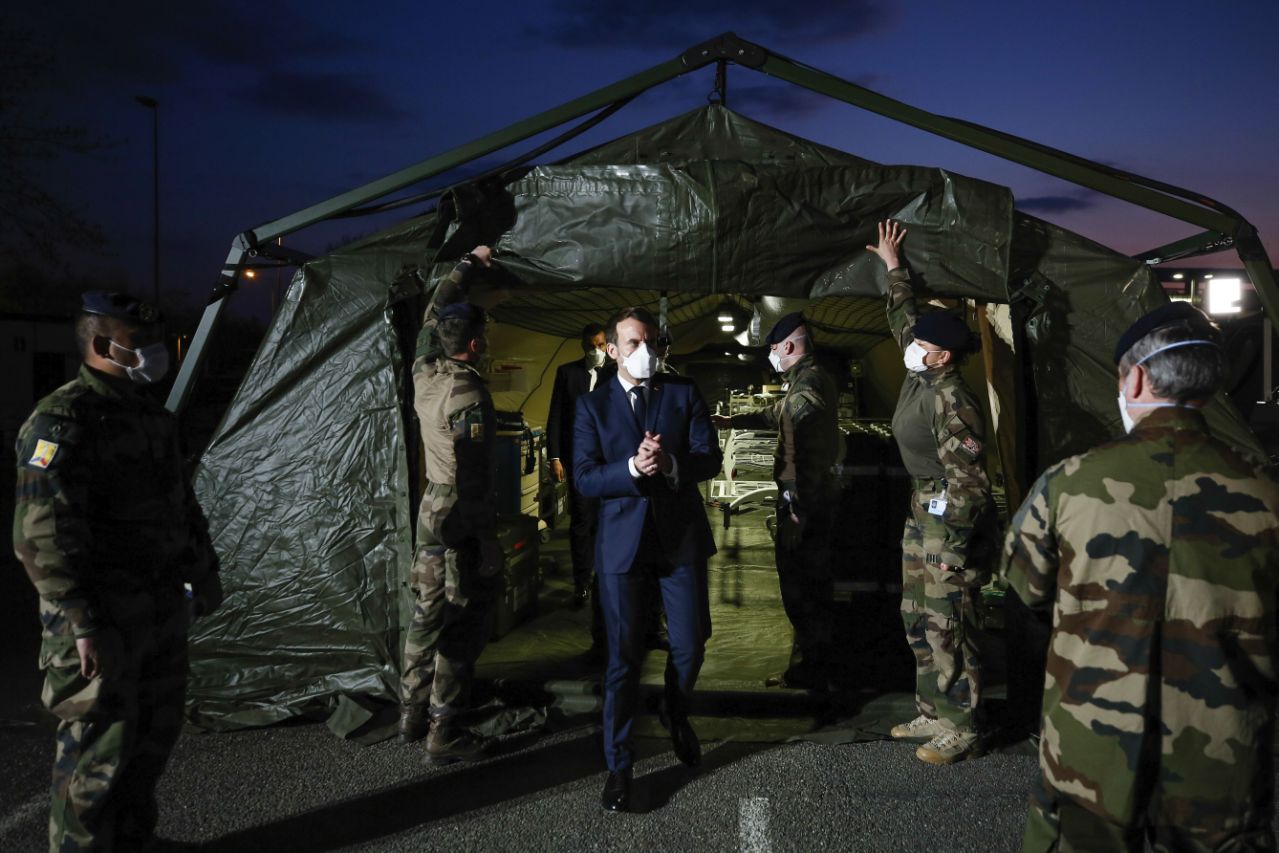 WASHINGTON, March 7 (Reuters) – High school students in the United States should be able to receive COVID-19 vaccinations by the autumn, […] 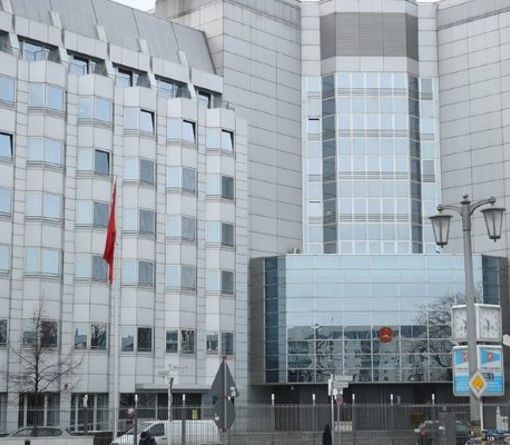 Embassy staff managed to extinguish the devices while no one was hurt. The 42-year-old suspect was held by witnesses and employees of […]