A new Matthew McConaughey soccer movie has been canceled over claims of sexual misconduct, DailyMail.com has learned exclusively.

In the movie, Dallas Sting, McConaughey was set to play legendary women’s soccer team coach Bill Kinder, who led a Dallas team to a shock underdog win in a 1984 international tournament.

But the movie has now been canned just six weeks before filming starts, after production company Skydance received allegations that Kinder was sexually inappropriate with at least one of his players.

In an exclusive interview with DailyMail.com, Kinder, 83, said an unknown accuser sent a letter to Skydance claiming he ‘touched someone outside their clothes’ around 40 years ago, and called his players inappropriate nicknames.

Kinder denied the claims and said the company hired investigators who quizzed him and his players, now adult women, on the allegations, and allegedly told him ‘there was nothing there’.

So he was shocked to discover from DailyMail.com that the production is being nixed. 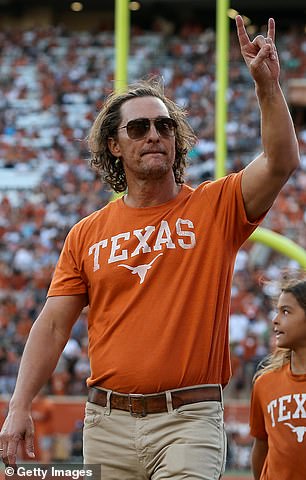 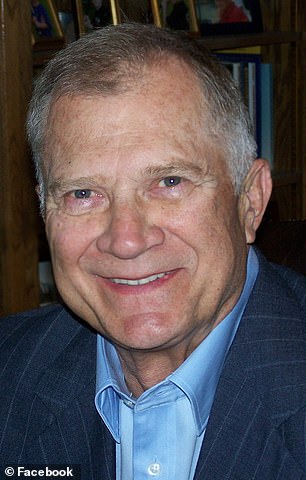 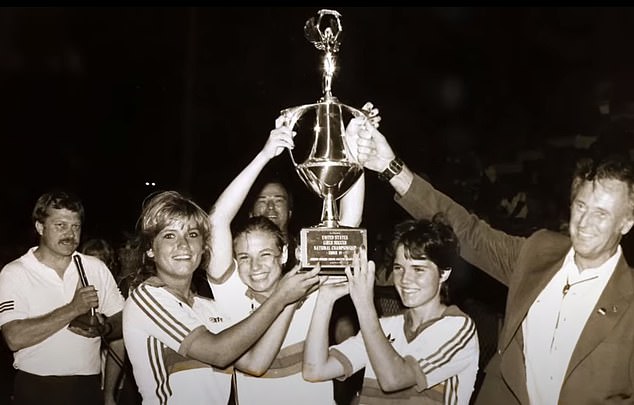 The movie was based on the true story of the US’s first national women’s soccer team  who traveled to Australia, Japan and finally China to become 1984 world champions against all the odds

The Texan coach said the letter ‘had some information in it that was pretty cryptic.’

‘There were two things: that we all used nicknames, and that 40 years ago, I touched someone outside their clothes.’

‘It’s disappointing news because we all felt everything was just being investigated as it should and there wasn’t anything there, so it wasn’t a big deal.’

Dallas Sting told the true story of the Dallas women’s soccer team traveling to Australia, Japan and finally China to become 1984 world champions against all the odds. 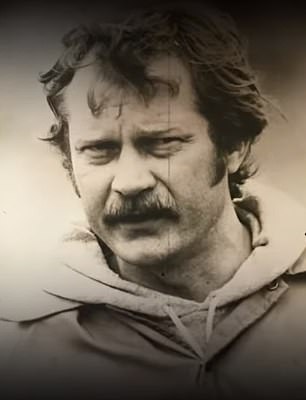 McConaughey was playing Kinder and Emmy nominee Kaitlyn Dever was cast as the coach’s daughter. The production hired real soccer players for the athlete roles.

The film was first reported to have been scrapped Wednesday night, with sources citing ‘disturbing allegations’ surrounding the true story the movie, however, no details about the actual allegations put forth were given at the time.

Kinder told DailyMail.com that although the culture of the 1980s was different to today, he was never inappropriate with his players.

‘People were hugged and in dog piles and all kinds of things back in the 80s. But there was never anything along those lines,’ he said.

‘There weren’t nicknames that were vulgar or had any sexual connotations. If you’re going to nickname someone it’s usually someone you like. You don’t call someone fat, fatty. You might call them tiny.

‘It was all a fun thing, never anything vicious, nothing that the girls ever objected to.’

He added that he had coached ‘thousands’ of girls over his career and never had complaints until now. 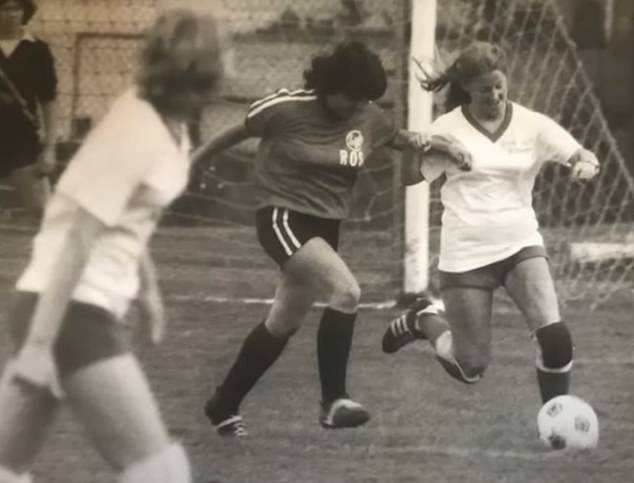 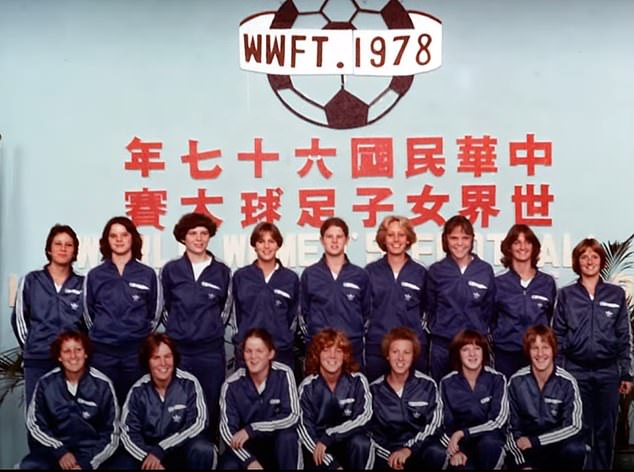 China had invited the United States to send its women’s soccer team to participate in the first ever FIFA world championship tournament in 1984, when the US did not yet have an official national team

‘I’ve dealt with literally thousands of girls over 40 to 50 years,’ he said. ‘The complaint is of nicknames, and that in those thousands of girls in 50 years someone might have gotten touched outside their clothing, whatever that means.

‘I’ve been the founder of the club, the benevolent dictator, the one that hired all the coaches, and demanded that every coach be a role model.

‘We never traveled unless we had at least two or three mothers that were there to take care of motherly-daughterly things.

‘We traveled all over the world. China, Russia, all over Europe, United States, Canada. And there’s never been an incident in all of those years. So it’s kind of a shock.’

Kinder said he and his former players, with whom he is still close, believe that the allegations were fabricated.

‘Their speculation all along was that someone was trying to keep it from being told. It’s someone with an ax to grind or hurt feelings,’ he said.

One of the actresses hired to play a soccer star in the movie is a top player in real life.

Ryann Torrero, 32, plays for the Chilean national team, and was at the France 2019 Fifa Women’s World Cup for her country.

Torrero was set to play Rose Reilley, a star Italian-Scottish player and nemesis that the Dallas team faced in the 1984 final against Italy.

‘I got the information yesterday,’ she said. ‘Casting called my manager directly and let us know the movie unfortunately was not going to be made.’

Though sad she wouldn’t get to help tell the story of the trailblazing team, Torrero said her top concern was getting to the bottom of the allegations. 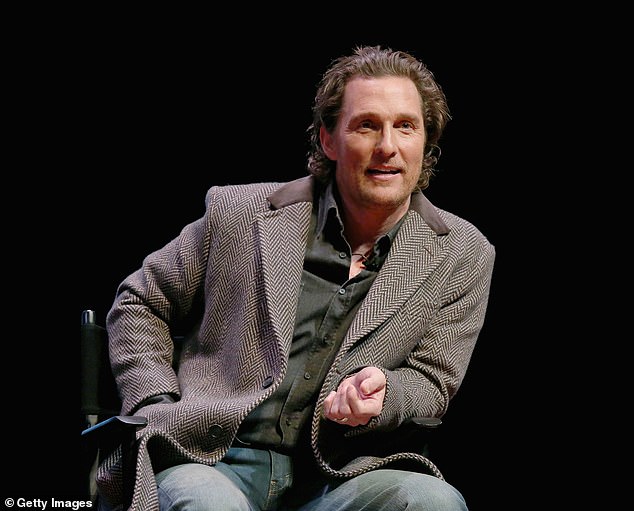 McConaughey, 52, a Texas native himself, also bowed out of the film after the allegations came to light, according to reports 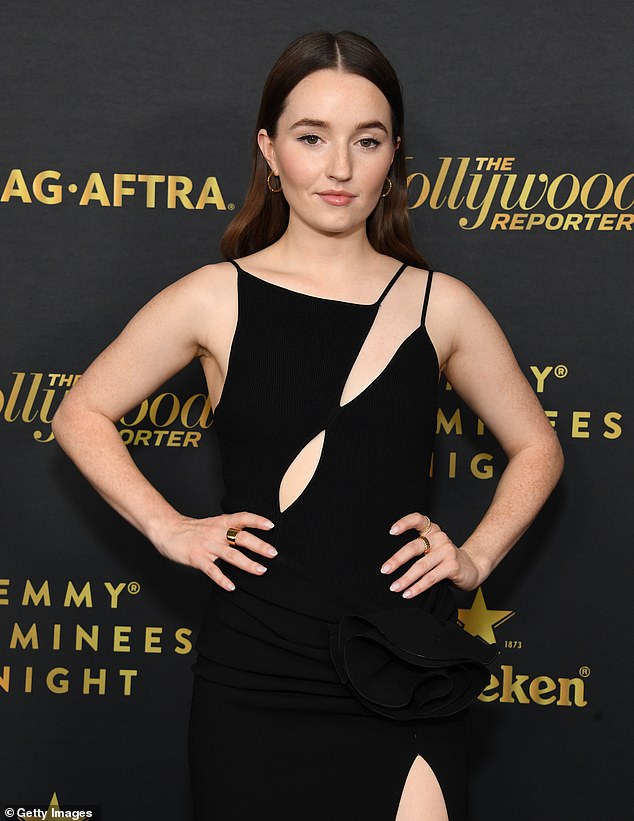 Emmy nominee Kaitlyn Dever, 25, was set to star alongside McConaughey after being cast as the coach’s daughter

‘I’m devastated about the movie and this wonderful opportunity not moving forward as I know many people have worked extremely hard on it,’ she said.

‘But the most important thing here is that any concerns about misconduct or abuse are investigated and if guilt is found then justice be served. I hope truth comes to light.’

Torrero, who also works as a model and coaches the Malibu, California-based Pepperdine Waves soccer team, added that abuse is still endemic in women’s soccer, even at professional levels.

‘It’s really devastating on so many levels for players of all ages, to be put in a position where people with power and authority are able to abuse them and get away with it. It’s heartbreaking,’ she said.

‘I think it’s so important that we put policies and programs in place that can protect athletes of any age and gender to be able to have a space where they can report this.’

Last year five of the 10 teams in the US National Women’s Soccer League had head coaches resign or be fired after a slew of abuse allegations emerged. 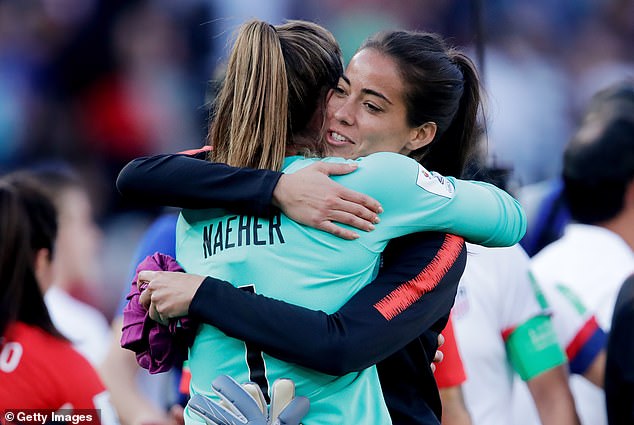 Soccer player Ryann Torrero, 32, who plays for the Chilean national team, was among the real athletes cast in the now-scrapped movie 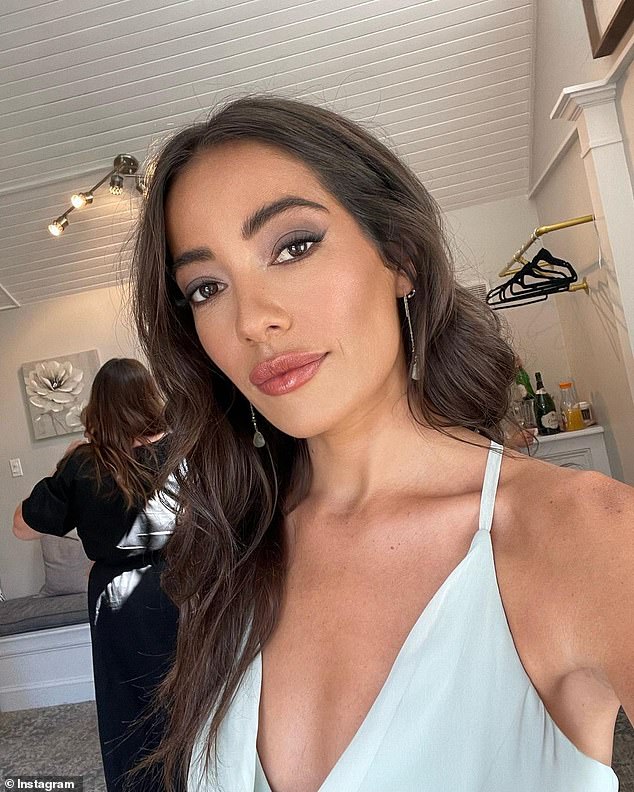 Torrero was set to play Rose Reilley, a star Italian-Scottish player and nemesis that the Dallas team faced in the 1984 final against Italy

North Carolina Courage head coach Paul Riley was accused of sexually coercing and verbally abusing players on his teams between 2011 and 2015.

Riley denied players’ allegations, published in a September 2021 article by sports magazine The Athletic, but was fired.

The exposés prompted 24 women from the Venezuela national team to come forward with claims of ‘abuse and harassment, physical, psychological and sexual’ by former national team head coach Kenneth Zseremeta.

Australian national players have also made allegations of abuse. 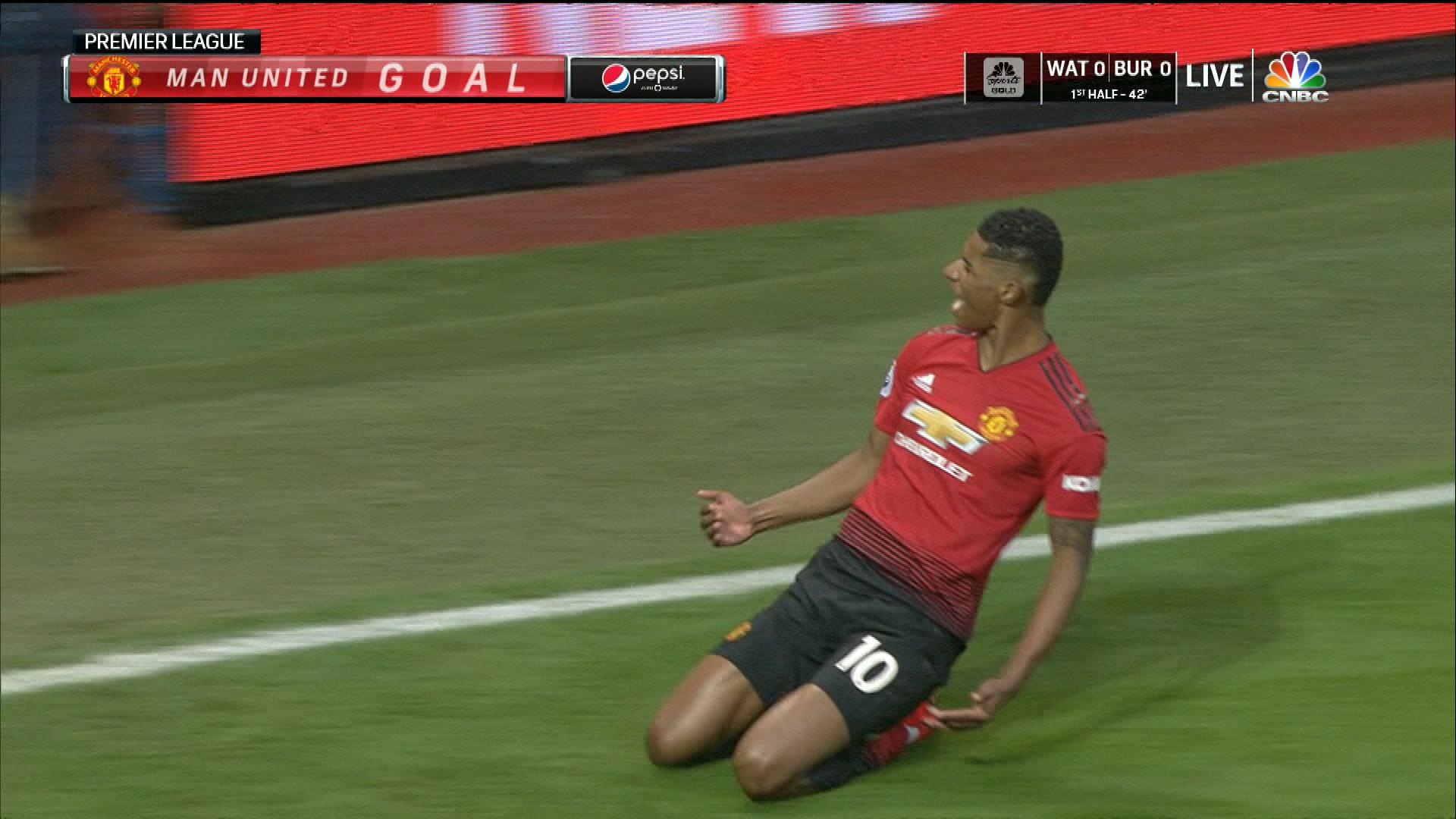 Rashford’s goal made it 2-0 before half time, as Man United held on for a sixth-straight Premier League victory under Solskjaer. source: […] 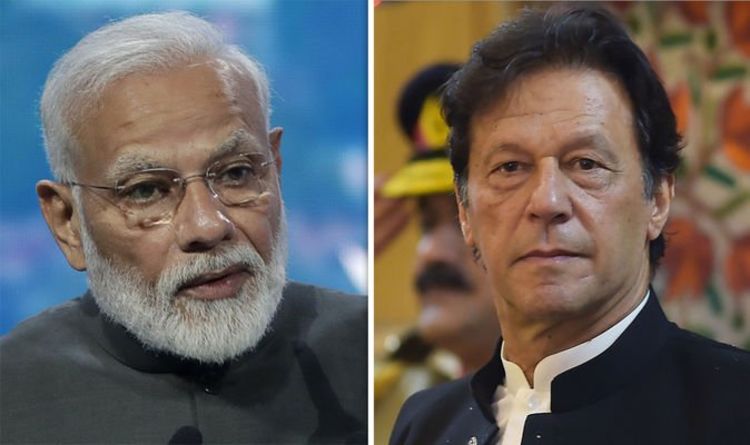 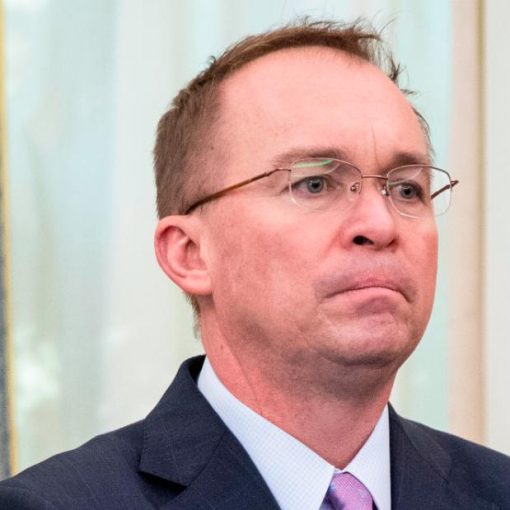 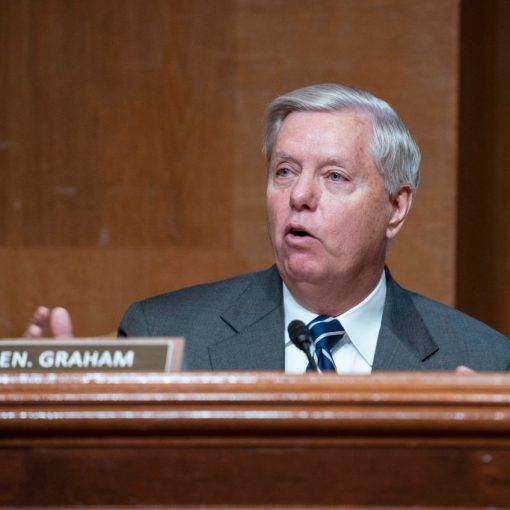 Sen. Lindsey Graham (R-SC) warned Tuesday that the ongoing illegal immigration surge at the US-Mexico border is creating a golden opportunity for […]