After breaking his own hand last month, Guardians starting pitcher Zach Plesac has reportedly been dropped by Creative Arts Agency just a season after inflicting another injury upon himself.

Plesac hurt himself this time after giving up a home run to the Mariners’ Jake Lamb, punching the pitcher’s mound in frustration afterwards.

Days later, he was placed on the team’s injured list, with Cleveland manager Terry Francona saying the ‘best case’ was him missing a week. Plesac has not played since August 27. 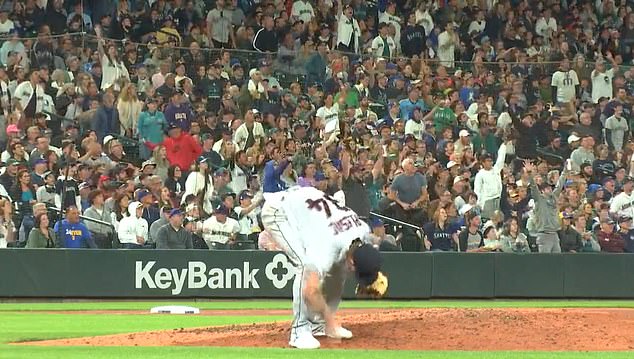 And on Wednesday, the New York Post reported that Plesac had been dumped by CAA, with his second self-inflicted injury in as many years apparently too much for the company to swallow.

Last season, the 27-year-old broke his thumb after ‘aggressively ripping off’ his undershirt, according to Francona, and catching his finger on a chair after a game vs. the Twins.

He allowed five runs in just 3.2 innings in the start.

Additionally, Plesac found himself in the headlines again in 2020 for breaching COVID protocols after a game vs. the White Sox, with Cleveland sending him home to quarantine. 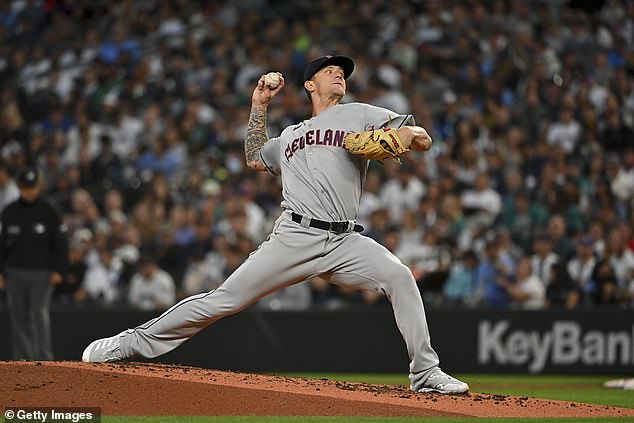 Plesac is having a decent season for the Guardians, pitching a 4.39 ERA across 23 starts

‘I realize I made a poor choice,’ Plesac said in an apologetic statement at the time.

Plesac, in his fourth season with the Guardians, has won just three of his 23 starts this season.

However, he seems a victim of bad luck, as he’s pitched a respectable 4.39 ERA and Cleveland currently leads their division with a 76-65 record.

“I will unavoidably miss the first half tonight,” writes our resident Liverpool supporter Matt Dony, “so I’ll get all my groaning negativity […]