Time and simple human wear-and-tear told us Roger Federer had to stop playing professional tennis at some point. Here is a man who was winning grand slam tournaments before the iPhone was invented, while Tony Blair still a very popular prime minister, and who first won Wimbledon a month before Carlos Alvarez was born.

And yet the news Federer intends to retire now at the ludicrously advanced age of 41 still feels like a shock, an oversight, a rumour that got out of hand. Is everyone really sure about this?

It is always tempting when a champion leaves the stage to announce that we won’t see their like again, that the book is now closed. It is also tempting to overdo the mawkish viking funeral stuff, to drown in sickly-sweetness, to transform every departure into a tug on the sleeve from Paddington Bear, to conclude that the sporting life really will never be the same again.

On this occasion both of these responses seem appropriate. Federer’s retirement certainly brings the end of one shared span a little closer. There has never been a period of dominance in any global sport quite like the Federer-Nadal-Djokovic tripod of power.

At the same time his departure also puts an end note on a more personal era, because even in this grand company Federer was the outstanding presence, the greatest player in the greatest time in men’s tennis. And by extension, and without any reasonable cause for argument – the word reasonable must cover a lot of ground here – the greatest tennis player ever.

It is a measure of the brilliance of Nadal and Djokovic that both now shade Federer on the basic tally of grand slams. Nadal’s invincibility at Roland Garros is the backbone of his 22 titles. Djokovic is a fellow all-court master and one ahead on 21. As a triple-godhead they have been the most irresistible source of entertainment, income and basic relentlessness, circling the sporting globe like mobile one-man city states. What is it with these guys? Do they ever weary of seeing their own reflection in that pewter surface?

Apparently not. Juan Carlos Ferrero won the French Open open in May 2003, the last grand slam of the old world. Federer, a year younger, won his own first at Wimbledon a month later and within the space of five years would win 12 out of 18 from a standing start. Before long Nadal had joined him. Across the intervening years up to Wimbledon this summer Federer, Nadal and Djokovic have dominated the sport in an astonishing pitch of shared annihilation.

Djokovic is 35 now, still in peak condition, but a little distracted by Covid stuff, culture war noise and generally being a kind of magic energy truther. Nadal is 36 and held together with twine, staples and glue. With the retirement also of Serena Williams there is undeniably a sense that something is ending, the time of giants passing.

And yes, Federer really was the best of them. We know this because Nadal and Djokovic were great enough to make this such a point of fevered discussion, and to elevate every contest along the way, producing such a wonderfully more-ish contrast of style, manner and execution, the same greats playing the same game in the same space, but in a way that somehow never really felt the same.

And with Federer greatness was as much about style and form and texture. There was a sense in his talent of something that never quite reached its end point. Even at its most concentrated pitch you never felt you got to the limits of what Federer might do. There is probably still a bit in there, Rog, if you ever feel like giving it another go.

Even in defeat this was like watching some perfectly geared high-spec machine purring through its paces. Federer doesn’t lose. He regroups. At his best there was a sense of genuine ultimacy, of sport as good as sport gets.

His backhand was frankly ridiculous, overblown, hilariously good. This, you thought, watching that thing – the flex of the knee, the flourish of the wrist – is a kind of artefact, a European cultural treasure, like a Bach cantata or a complete acorn-fed Iberian ham, the kind of backhand a power-crazed Bond super villain might try to steal from its laser-guarded case and transport to the moon.

In many ways tennis is the most difficult of all sports. Firstly because of its technical and physical demands. But also because it’s just always you, every point; and every point comes right after the last, a constant pressure with no shadow, no margin, nowhere to hide.

Why was Federer the best at this? Because he had that all-surface game. Because he felt like the default in every tournament, the one player for whom defeat was of significance to everyone else in the draw; and because his game was so complete he would have been a champion in any era, plus all the eras to come.

There was something more, of course. For all the titles and the great matches – the 2008 Wimbledon final against Nadal, in the gloom, both men reaching close to the end of something, is surely the finest tennis match ever played – the lasting memory will be the way Federer made you feel.

He was that rare thing: not just the best player in he world, but also the most beautiful, the most pleasing to watch, the grace note as well as the triumphant ending. This wasn’t just a function of that strangely sensual presence, the way just walking out on to centre court could draw a kind of hormonal groan, a Federmones rush, a man who seemed to move more easily through the air.

It wasn’t the styling, the deep, piercing (woof) eyes, the balletic grace in his movements. The real Federer hit was the way these things were combined with accuracy, power, shot selection, competitive will. Federer wasn’t ever just getting the ball back or staying in the rally, but challenging you to live at this pitch, to exist in his sporting world. There was a fascination in his early years with seeing him apply this Total Game to the power-hitters of the day. As Nadal and Djokovic joined him at the top this was often a game played in the clouds.

It feels fitting that a player as talented as Carlos Alvarez should win his first slam in the same week Federer announces his departure. There is always more talent, other champions. From here Federer seems unlikely to hang on as a coach, or a track-suited figure in the fringes. He has his millions and his legacy. Another remarkable Federer thing is just how unremarkable he is, a normal guy from a normal village who just happens to have this talent and this extraordinary sporting charisma; qualities that have existed only within those white lines, and which will remain just as vivid.

(Reuters) – Australia has agreed to relax restrictions imposed on the travel of horses from Hong Kong, ending a two-year stand-off between […] 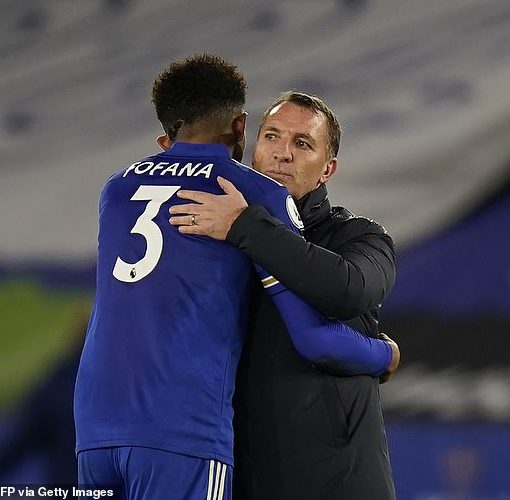 ‘I know where the statement came from and it wasn’t him’: Brendan Rodgers claims Wesley Fofana was NOT responsible for parting shot […] 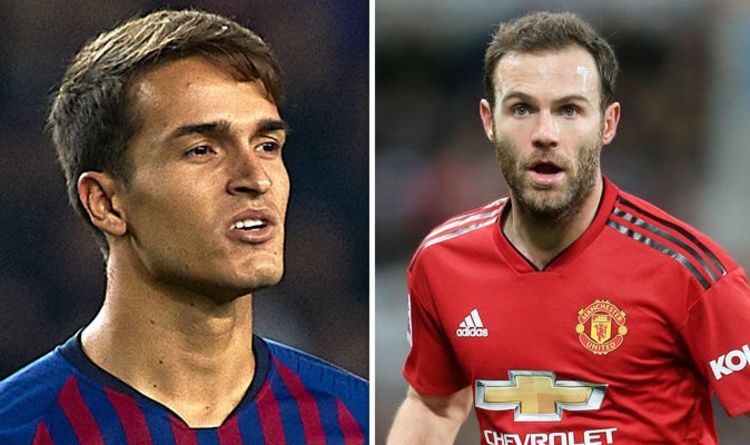