Christie only had one child, Rosalind Hicks, who was the main beneficiary of her mum’s inheritance.

Not only did Hicks receive her mum’s fortune but she also reportedly received a 36 percent share of Agatha Christie Limited, which collects royalties on Christie’s creations, as well as copyrights to one of her plays.

Prichard, who had received the rights to The Mousetrap for his ninth birthday, also received some inheritance from his grandmother.

Following Hick’s death in 2004, Prichard was put in charge of Agatha Christie Limited and described his new role as a “glorified brand manager” to the Irish Times.

In the AgathaChristie.com interview, Prichard shared he had a vested interest in presenting his grandmother’s work to a “modern audience” through cinema. Nicki Minaj makes her grand debut in the first trailer for the four-part ‘Real Housewives of Potomac’ reunion! Watch it here. The […] 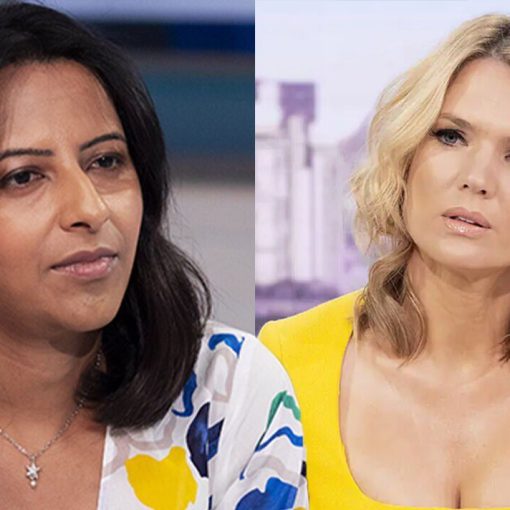 Some of the Good Morning Britain presenters took to the red carpet this evening at the BAFTAs, as the team were nominated […] As a reminder to check on your blow dryer, we have rounded up a few of the latest & greatest for the […] The passing of Betty White has been rough for all those who loved her, but especially those who knew her best. Now, […]