William Ruto, who is being sworn in as Kenya’s new president on Tuesday, is the country’s first evangelical Christian president and is likely to put religion centre-stage while in office after it played a key role in his election victory.

The 55-year-old is not shy of publicly professing his faith and has been vocal on issues like gay rights and abortion, which are likely to come up during his tenure.

Mr Ruto is fond of quoting the scripture, praying and even sobbing in public. During the campaign, his opponents mocked him as “deputy Jesus” – a badge his supporters quickly adopted.

His first action after the Supreme Court upheld his victory in last month’s election was to get on his knees and pray alongside his wife Rachel and other leaders who were in the room.

Mr Ruto and his wife have even built a chapel in the compound at their residence in the Karen suburb of the capital Nairobi.

A Muslim leader also prayed in the compound after the judgement, showing that despite Mr Ruto’s strong Christian belief, he plans to be the leader of people from all faiths. Kenya’s different religious communities generally co-exist in peace and the new president also enjoys the support of many Muslims.

Bishop David Oginde of the Evangelical Alliance of Kenya said he hoped that Mr Ruto’s government would “stand for values and respect the fact that Kenya is a religious society”.

Kenya is a country of devout believers, with even Chief Justice Martha Koome attributing the Supreme Court’s judgement confirming Ruto’s victory as “the work of God” – rather than the court itself.

As deputy president, his religious influence on outgoing President Uhuru Kenyatta – a Catholic – was also evident during their first term, especially during their quest to clear their names at the International Criminal Court over charges related to the violence which broke out after the heavily disputed 2007 elections.

The pair repeatedly attended evangelical churches to pray, and garner public sympathy as they tried to avoid being put on trial – something they achieved when the prosecution dropped charges against Mr Kenyatta in 2014 and judges threw out the case against Mr Ruto in 2016.

Born in a Protestant family, President Ruto became an evangelical Christian, with local media publishing photos of him as a pastor in his youth.

His wife has often held prayer meetings and Mr Ruto has on several occasions credited her spiritual intervention for his political success.

Some 85% of Kenyans are Christians – 33% Protestant, 21% Catholic, 20% evangelical Christians and 7% following African churches – while about 11% are Muslim, according to the last census, in 2019. A small number of people adhere to other faiths but very few admit to being atheist or even agnostic.

Political analyst Macharia Munene told the BBC that Mr Ruto’s appeal to Christians across all denominations was a factor in his election victory.

“His opponent Raila Odinga blundered when he spoke of Christianity being brainwashing and when his wife Ida spoke about regulating churches. All those statements worked in Ruto’s favour vote-wise,” Mr Munene said.

Political analyst Herman Manyora said he would not be surprised if Mr Ruto appointed religious leaders to government posts, as they had played a vital role in helping his campaign.

Mr Ruto is expected to take a tough stand on gay rights. In 2015, ahead of a visit by then-US secretary of state John Kerry, he told a congregation in Nairobi that “Kenya is a republic that worships God. There is no room for homosexuality in Kenya”.

In an interview with CNN following his election victory he said he did not “want to create a mountain out of a molehill” but, crucially, he added: “When it [gay rights] becomes a big issue for the people of Kenya, the people of Kenya will make a choice.”

Mr Manyora said a major test for the government would come if there was a legal attempt to recognise gay rights. In 2019, the High Court ruled against activists who were seeking to overturn a law banning gay sex, however activists vowed to carry on with their campaign.

“The penal code that criminalises homosexuality is unconstitutional. Here is a man who purports to be very Christian. People call him ‘deputy Jesus’ and let’s say a court ruling goes against his thoughts on homosexuality, it will be very interesting to watch Mr Ruto’s [reaction],” Mr Manyora told the BBC.

Mr Ruto is also known for his conservative views on abortion, having opposed – with the backing of the church – the current constitutional provision which allows it if there is a risk to the mother’s health.

So the chances of his government relaxing abortion laws are slim, however under the current constitution, he has little scope to tighten them, whatever his personal beliefs.

Mr Ruto also has strong support among Muslims, many of whom agree with him on issues such as gay rights and abortion.

He received a major boost after the election, when the United Democratic Movement (UDM) – which has dozens of Muslim leaders within its ranks – ditched Mr Odinga’s coalition, and threw its weight behind Mr Ruto’s to help it gain a majority in parliament after the election failed to produce an outright winner.

However, Mr Manyora warns that he should be aware of Muslim sensibilities: “He will pacify the Muslims by bringing their leaders close to him but unless he tones down his Christianity, he is bound to offend some Muslims.”

Bishop Oginde said that if Mr Ruto appoints religious leaders to government posts, then all faiths should be represented.

“We will support him, offer guidance where we can and certainly pray for him. We pray that he will demonstrate Godly leadership,” the bishop added.

Mr Ruto’s electoral success was largely down to the fact that he portrayed himself as a “hustler”, fighting the attempt by two political dynasties – the Odingas and Kenyattas – to hang on to power.

He promised a “bottoms-up” approach to the economy to tackle the high unemployment rate among young people, and to improve the lives of poor people.

Mr Manyora said Kenya’s new president will now have to fulfil his promises.

“Christianity is a cover used by many leaders in the world to get power and when they get to power, things change,” he said. 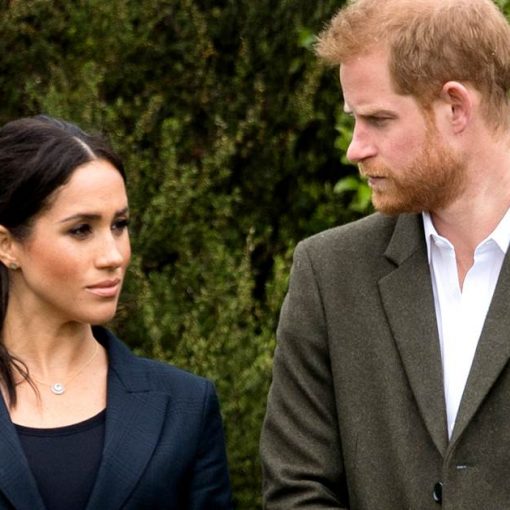 Oprah Winfrey’s interview with Meghan and Harry, the Duchess and Duke of Sussex, launched what felt like thousands of “takes” and “key […] Jordan Montgomery took the mound Friday coming off his worst and shortest outing of the season. But the southpaw took the lead […] This 10-year-old has no hands but won a writing competition and threw the first pitch at a baseball game. source: bbc.com