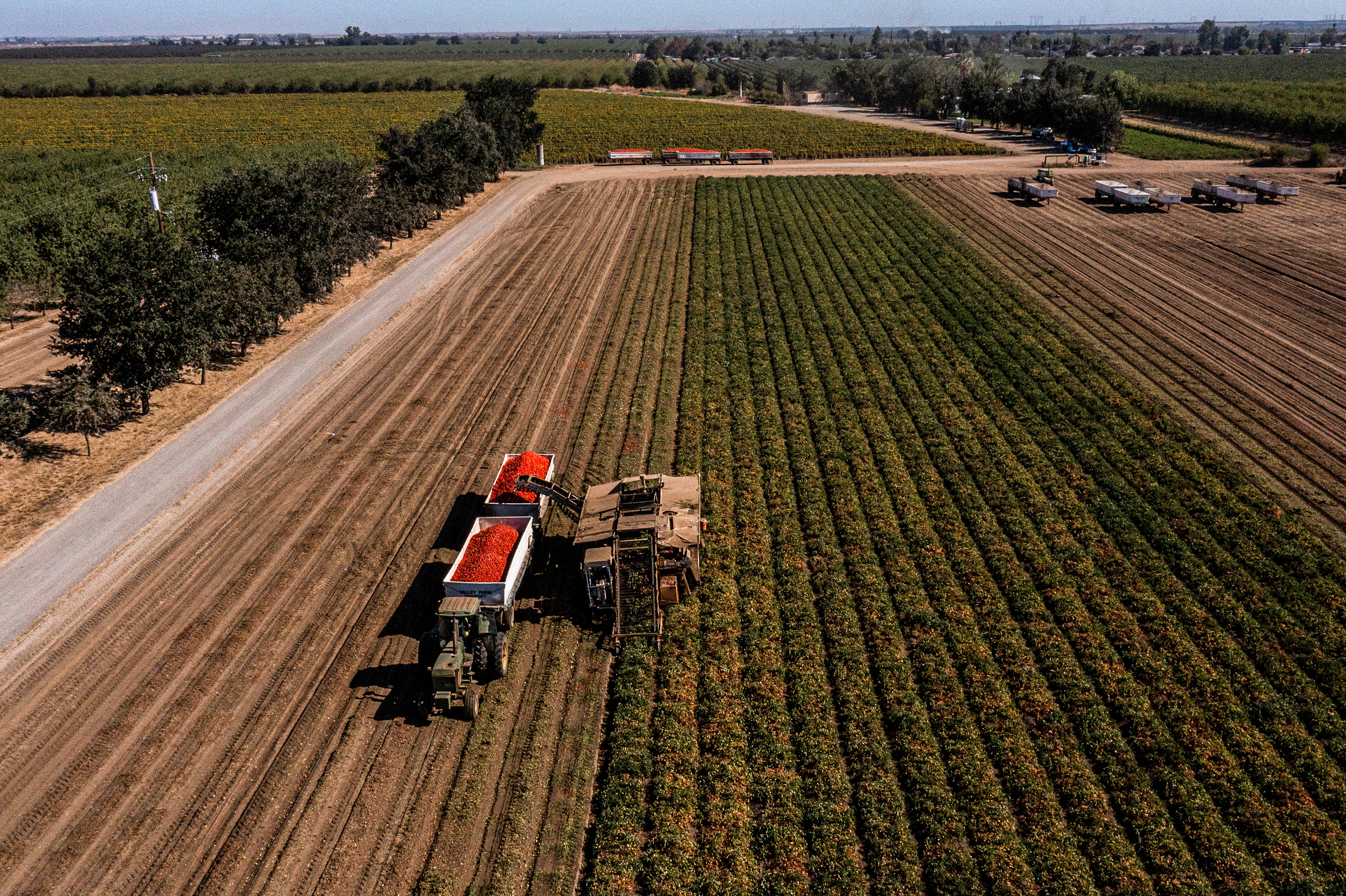 Farmers across the U.S. are joining a push for national immigration reform that they say could ease labor shortages and lower food prices as surging production costs continue to rock the agriculture industry.

The farm operators say the Farm Workforce Modernization Act, already passed by the House and pending in the Senate, will provide them with a stable reliable workforce by creating a path to citizenship for undocumented agricultural workers and reforming the seasonal farmworker visa program, among other things.

The current labor shortage, while not new, has been exacerbated by the pandemic and resulted in higher prices or empty store shelves for consumers. Food costs are now 10% higher than they were at this time last year, according to the U.S. Bureau of Labor Statistics.

“At a time when labor shortages are contributing to inflation and high food prices, it’s clear that we need the Senate to pass our Farm Workforce Modernization Act to stabilize the agricultural workforce and protect America’s food supply,” Rep. Zoe Lofgren, the California Democrat who sponsored the House bill, said.

But some worker groups oppose the measure, saying it does not include all immigrants and would further exacerbate power imbalances between farm owners and migrant workers.

The Senate version of the legislation, sponsored by Sens. Mike Crapo, an Idaho Republican and Michael  Benne, a Colorado Democrat would modify and further open up the widely used H-2A temporary work visa program to give undocumented farmworkers year-round work-based residency with an eventual pathway to citizenship.

It is still uncertain when the legislation will be presented for a vote in the Senate, but as labor shortages contribute to challenges in food production, the bill has received wide support from hundreds of farmers and agriculture groups.

Stephanie Mickelsen owns a large scale potato farming operation in Idaho and said her farm began using the H-2A program for farmworkers, which has “made a huge difference” but because the visa only allows temporary authorization for nine months at a time, finding labor continues to be a problem.

“We have about 60 full-time people that work on the farm all year long, but that is not enough when you hit harvest to be able to get that crop out of the ground, so we need an additional 100 to 150 employees on the farm side, that’s not including the processing and packing facilities,” said Mickelsen, who is chair of the American Farm Bureau Labor Committee and is also running unopposed for a state office in Idaho. “I would hire domestic workers, but they don’t seem to exist.”

While labor shortages have existed long before the pandemic, the problem came to a head in recent years, said Charles Wingard, who runs a family farm in South Carolina that produces leafy greens.

Wingard’s farm, Walter P. Rawl & Sons, employs around 700 domestic and H-2A workers but has a 20% worker shortfall in its processing and plant jobs.

“We supply to big grocery chains and they don’t care that we’ve got labor problems. They only want us to fill the orders and make sure the truck is loaded properly and delivered on time,” he said. “There’s always a pressure there.”

Despite advertising widely, Wingard said domestic workers are just not available, especially in the past few years because of people getting sick, retiring early or finding jobs where they can work from home.

As the country experiences the highest 12-month increase in food prices since May 1979, according to the consumer price index, farmers say this is in part because of labor problems.

A 2022 Texas A&M University study commissioned by the American Business Coalition, a bipartisan group of 1,200 business leaders who advocate for immigration reform, found that having more migrant and H-2A workers were related to lower inflation, higher average wages and lower unemployment. The study also found that “more denied petitions for naturalizations are associated with larger consumer prices and higher inflation.”

Groups such as Familias Unidas por la Justicia, a farmworker union on the West Coast, have been protesting the bill in part because of a requirement to enroll in a government verification process they believe could breed unlawful tracking of immigrants and is not inclusive of all undcoumented immigrants working on farms.

“Those who don’t qualify for any kind of relief from the Farm Workforce Modernization Act are basically given two options: You can either self-deport or you can join the H-2A program, which time and time again, we’ve seen, is very exploitative,” said Edgar Franks, political director of Familias Unidas por la Justicia and a former farmworker in Washington.

In its current House version, individuals who can show they have performed at least 1,035 hours of agricultural labor during a two year period would qualify for temporary “certified agricultural worker status,” which is valid for five-year increments. After an additional eight years of farm work they would be eligible for permanent resident status.

“That it gives a lot of power to the employer over the lives of farmworkers, which in agriculture has been very difficult to manage,” Franks said, adding that his group would rather see broad immigration reform, such as amnesty.

While other farming groups such as the National Young Farmers Coalition also see similar faults in the legislation they say it’s a starting point.

“We know and recognize that this program has led to severe worker violations and exploitation, and it’s not a long-term solution yet we endorsed this bill because we understand that this would provide a pathway to citizenship for the domestic farmworkers, and that is very important to us,” said Yahaira Caceres, the immigration and labor policy coordinator for the organization who is also a former farmworker. “Currently that’s the only legislation on the floor that has the potential to even pass and so it’s not a bill that we necessarily agree with fully but we understand the circumstances politically that this is kind of the only chance to not only address labor shortages, but also other issues like immigration.

Alejandro Gutierrez-Li, a professor in the department of agricultural and resource economics at North Carolina State University, said although it may not be a perfect piece of legislation it does tackle some of the most exigent issues facing agriculture and despite there being some “touchy” points, the bill has garnered more support among the farming community than other immigration reforms.

“It is very important to really pass something because labor shortages in agriculture are getting worse every year,” he said. “It’s very hard to know what exactly is going to happen but at least in terms of the number of workers you have every year it would eliminate some of the most pressing issues like the fact that workers can stay here all year-round so that’s kind of helpful.”

From 2014 to 2016 about half of the more than 3 million farmworkers lacked legal immigration status, according to a survey conducted by the the Agriculture Department — which conceded in its report that the number is likely not comprehensive because of the fear around reporting immgration status.

Gutierrez-Li said this will open up the program to many undocumented immigrants who will now have the ability to gain legal status through their work.

The legislation would also open up the H-2A program to dairy and livestock farms who are shut out of the current H-2A program because they are not considered seasonal workers, he said.

Steve Obert is a fifth-generation farmer who runs Obert Farms, a dairy and grain farm in Indiana.

He has been a vocal supporter of the legislation and has been promoting immigration reform for years, saying the labor shortages in the dairy sector have been ignored by the H-2A program.

Under the new legislation around half of the visas would be allocated to dairy and livestock.

Obert, who is also executive director of the Indiana Dairy Producers, a dairy farmer advocacy group, said caring for cows requires a level of skill and understanding, which is hard to impart when there is such high turnover in workers. He added that worker safety also becomes an issue if workers don’t know how to properly handle cows that can weigh up to 1,700 pounds.

“There’s that continual effort to train guys because they need to understand proper techniques for the care and the well-being of our cows,” he said. “When you lack that stability and workforce, it gets difficult to build that culture that you really need.” 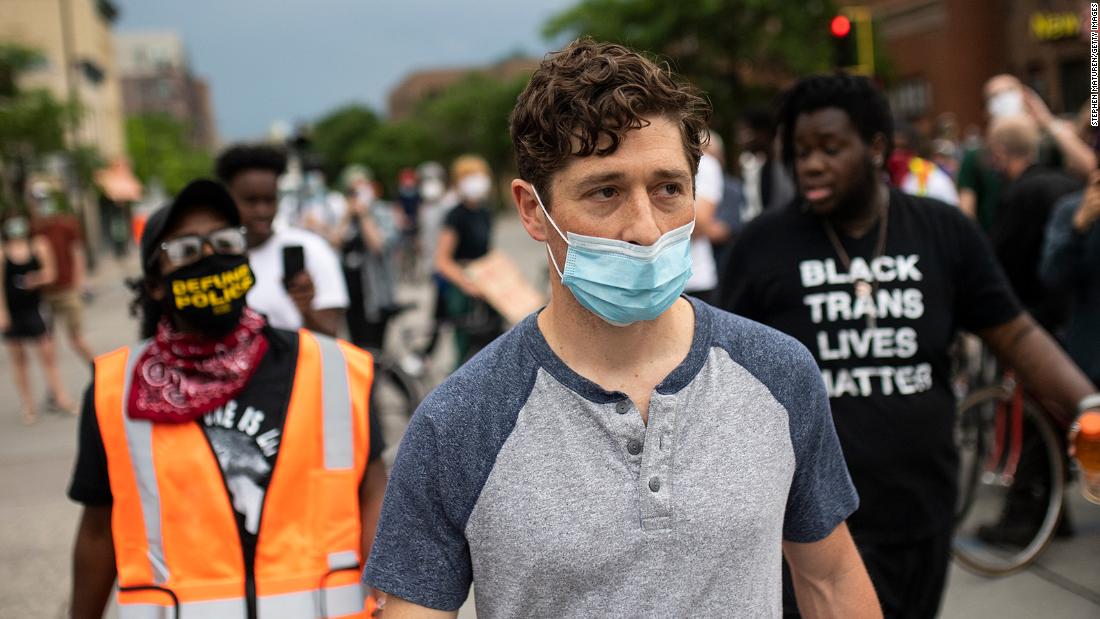 Multiple videos on social media show the confrontation, which took place when protesters marched to Frey’s home and called for him to […]

Yoshiro Mori, the head of the Tokyo 2020 Olympics organising committee, has conceded he may have to resign after making sexist remarks […] 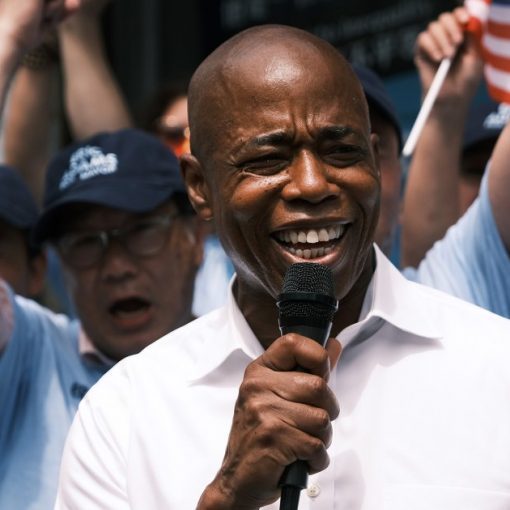 Eric Adams, the former NYPD captain and president of the Borough of Brooklyn, answered questions about his residency status on Wednesday, allowing […] 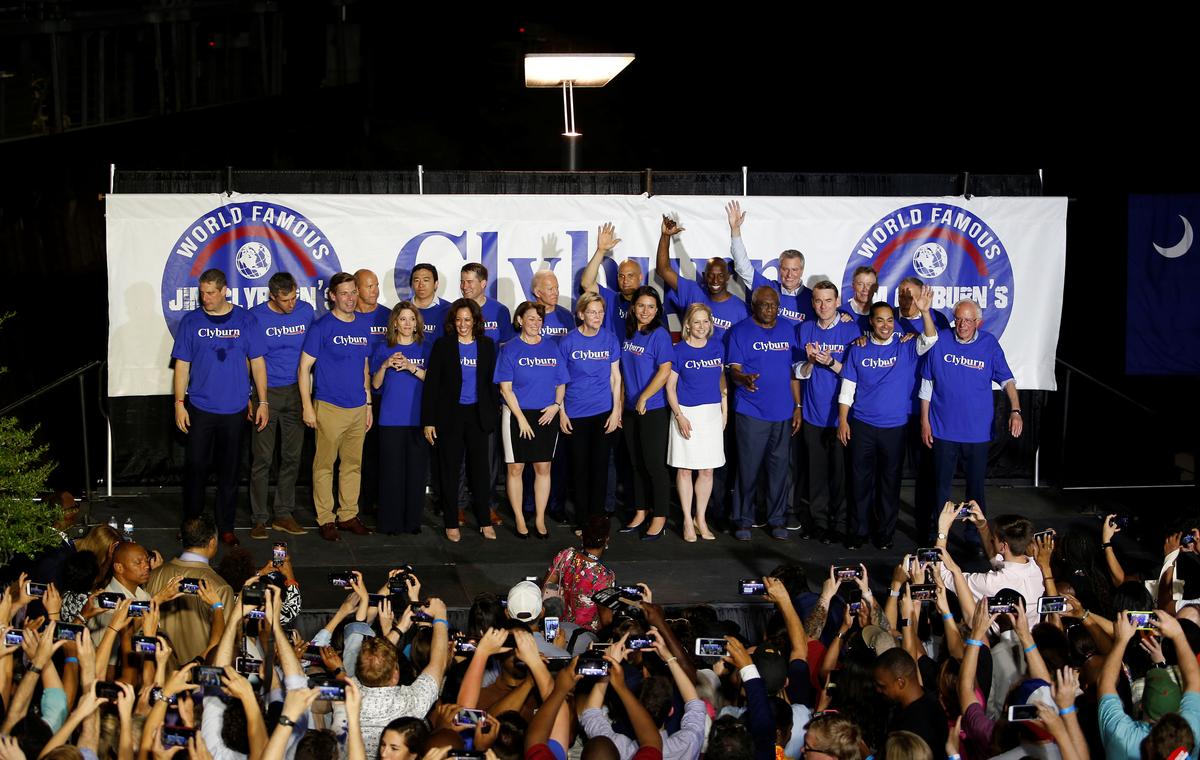 COLUMBIA, S.C. (Reuters) – A fish fry in South Carolina on Friday drew the largest crowd of Democratic presidential candidates yet and […]