The winner of last month’s $1.34 billion Mega Millions jackpot still hasn’t claimed their prize 30 days on – as a lottery boss urged players to check their tickets.

‘We don’t know whether or not they even know that they won a prize,’ Harold Mays, director of the Illinois Department of the Lottery said on July 30 just one day after the winning ticket was sold. ‘So, I encourage everybody to check your ticket.’

People in Illinois who win a jackpot of over $250,000 can choose to remain anonymous – although the winner of the gigantic jackpot hasn’t yet indicated that he or she is aware of their enormous good fortune.

After withholdings, the $1.34 billion jackpot comes to $780.5 million, and players have a year from the drawing to claim their prize. 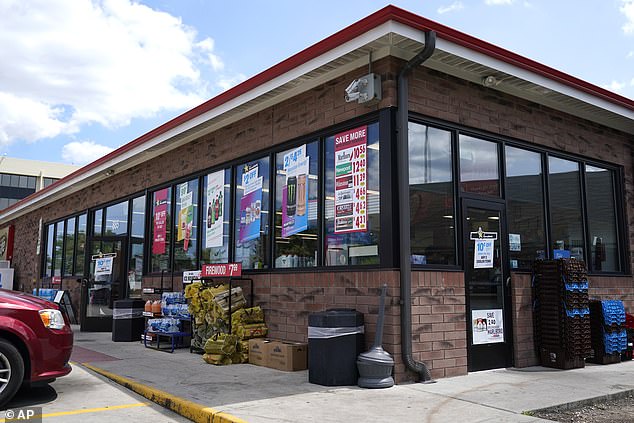 A gas station in the Chicago suburbs sold the winner Mega Millions ticket last month resulting in the second biggest prize in lottery history, but 30 days on nobody has yet come forward to claim their $1.34 billion in winnings 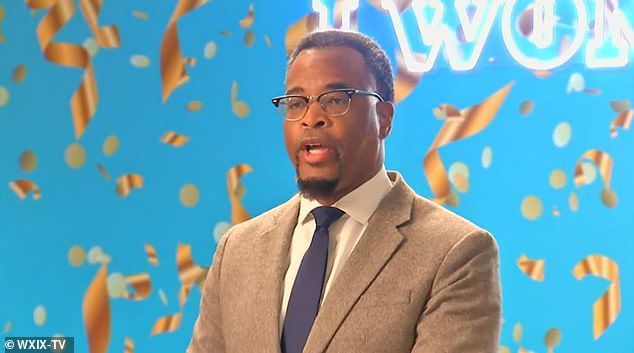 ‘We don’t know whether or not they even know that they won a prize,’ Harold Mays, director of the Illinois Department of the Lottery. ‘So, I encourage everybody to check your ticket.’

Once a tickets ends up being a winner, lottery officials urge winners to sign the back of their tickets, seek legal advice and then make an appointment with the Illinois Lottery to claim their prize.

There is no immediate rush with the winner having a full 12 months from the date of draw to claim their winnings.

In some states the winner is forced to release the name of the winner placing the newly wealthy in danger, but in Illinois. that is not the case. 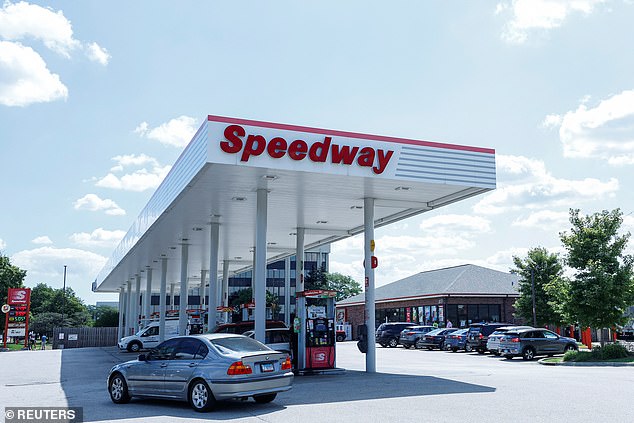 A gas station on the outskirts of Chicago sold last month’s winning Mega Million’s ticket for a $1.3 billion jackpot, but so far the winner has not claimed it

Workers at the gas station did not want to comment on who may have won the massive prize when contacted by DailyMail.com although the gas station will receive their own bonus of $500,000 for selling the winning ticket.

The gas station where the ticket was sold is part of the Speedway franchise, which operates more than 2,700 stores and 77 Speedy Cafes across the nation.

The station in Des Plaines has a 3-star rating on Yelp, with several customers touting it for its helpful staff and services.

‘Staff was friendly and quite helpful. Nothing negative to note about this location,’ Yelp reviewer Suzie S. wrote. ‘Highly recommended!’

Illinois Lottery Officials have yet to make any further announcements about the prize for which the winning numbers were 13-36-45-57-67, with a Mega Ball of 14. 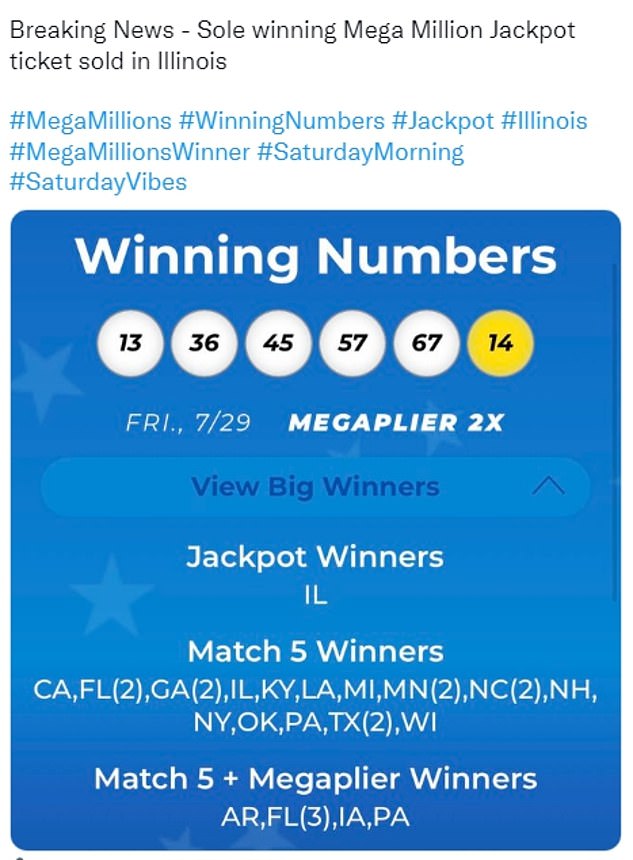 Mega Millions officials say the winning ticket for the $1.37 billion jackpot was sold in Illinois, but the winner has yet to come forward

Experts say the lucky person should keep it that way as they keep a low profile.

Walt Blenner, a lawyer who’s worked with lottery winners in the past, advised the winner to get out of town for a while to keep themselves safe and under the radar.

‘You don’t need to rent a dacha in Siberia – my last big winner rented a modest house under an assumed name just a few dozen miles away from where he lived for one month,’ Blenner told ABC News. ‘Putting distance between the lottery winner and familiar surroundings is best.’

One of the best ways to remain anonymous would be to set up a trust or limited liability company (LLC) to claim  the prize, which would allow the winner to avoid using their real name.

Kurt Panouses, another seasoned lottery lawyer, said it was paramount that the big winner seek professional help to manage their new finances.

The experts said that in order to make the most of the cash, the lotto winner would need a wealth manager, tax attorney and a certified public accountant.

‘You’re talking about the most important financial decision that they and their family is ever going to make,’ Panouses told ABC.

The experts added that if the winner was looking to share their prize, they should establish who will get what percentage as any money given away after the cash is claimed will have to include gift taxes.

And while Blenner noted that the lump sum option was the most common choice for winners, he said such a large amount could be overwhelming, and with the current state of inflation in the country, the experts noted that the annuity option might pay off more in the long run for the winner.

The largest Mega Millions jackpot was recorded at $1.537 billion in October 2018, where an anonymous player in South Carolina claimed the prize.

The last time a Mega Millions jackpot broke the billion-dollar threshold was on January 22, 2021, when the winning ticket was sold in Michigan, netting $1.050 billion.

Here is a look at the 10 largest US jackpots that have been won and the states where the winning tickets were sold: 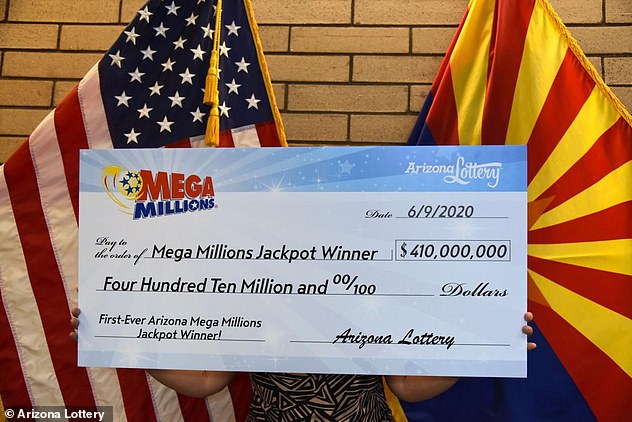 A married couple from a Phoenix suburb have claimed the $410 million Mega Millions jackpot after purchasing a ticket from a convenience store. The winning check is pictured here

In June of 2020 a married couple from a Phoenix suburb claimed the $410 million Mega Millions jackpot after purchasing a ticket from a convenience store.

The winning ticket was sold May 27 at a Circle K in the city of Glendale and matched all six numbers in the June 9 Mega Millions drawing.

It was the first time that the jackpot has been won in Arizona, and the win is the largest in a year.

The couple, a 70-year-old man and 63-year-old woman, chose to remain anonymous under state law but told lottery officials they have played the lottery regularly for 38 years, KNXV reported. They chose their own numbers based on family birthdays.

‘My birthday is next month, and my left hand had been itching for two weeks, which meant money was coming my way,’ the wife said, according to lottery officials.

‘I also found a shiny new heads-up penny just before I bought our tickets, so I just knew I’d be lucky.’

The couple plans to pay off their mortgage, set aside money to provide for their children and grandchildren, invest, and enjoy the rest, lottery officials said.

‘I feel lighter now and it’s incredible to know that there will never be another bill that I can’t pay,’ the husband said, according to lottery officials. 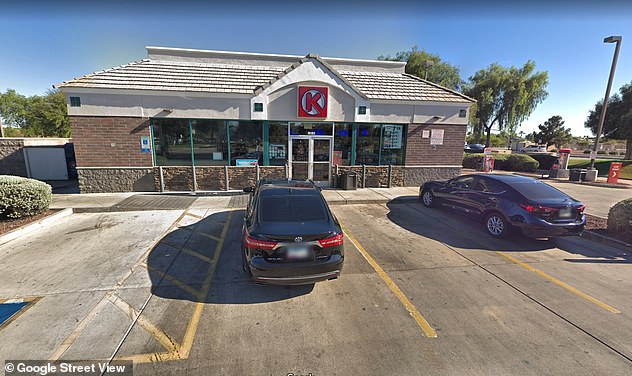 The winning ticket was sold May 27 at a Circle K in the city of Glendale, pictured, and matched all six numbers in the June 9 Mega Millions drawing 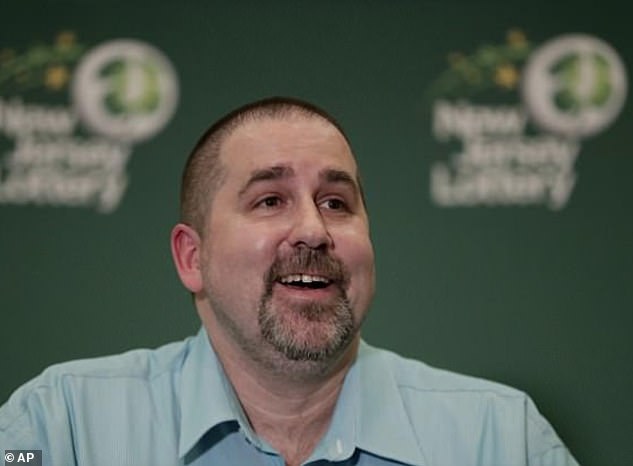 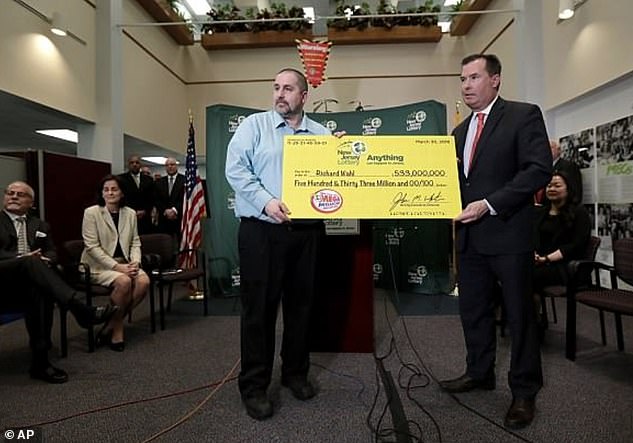 Wahl, a production manager at a food services company in northern New Jersey, said he plans to retire and take the cash payout over the annuity, totaling $220.7 million after taxes

Wahl, a production manager at a food services company in northern New Jersey, said he planned to retire and take the cash payout over the annuity, totaling $220.7 million after taxes.

He described finding out he had the winning ticket late at night and couldn’t believe it.

‘It was truly amazing. Some of my family members were sleeping so I didn’t go and scream out. I walked upstairs. I saw my wife [who was folding laundry] … and said, “Baby, we get to go on vacation.” She said, “What are you talking about? Don’t be an idiot.”

He said he checked the numbers 15 times and wanted to be sure the win was for real before he told other family members.

‘Actually the weird thing is my mom actually called me before I wanted to tell her and told me “I heard somebody in New Jersey won the lottery, was it you?” And I wasn’t ready to share with her yet, so I told her, “Absolutely not, mother.”‘

‘We’re not the type that’s going to run out and spend all the money,’ he added. ‘We’re a humble family. We’ll keep our roots.’ 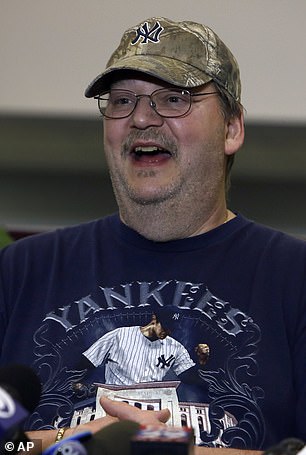 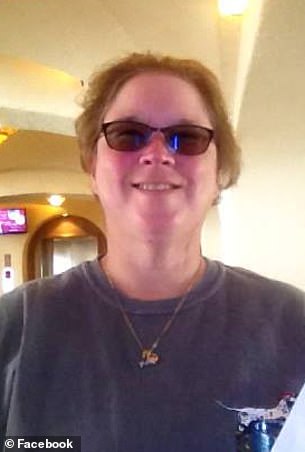 Mike Weirsky (left), 54, was confirmed as the Mega Millions Jackpot winner on Thursday, but his ex-wife Eileen Murray (right) is determined to prove that money can’t buy you love

The following April, in 2019, another New Jersey lottery winner netted a staggering $273 million jackpot – but his ex-wife has said that even his newly inflated bank balance won’t be enough to buy back her affections.

Mike Weirsky, 54, was confirmed as the Mega Millions Jackpot winner but his former partner Eileen Murray says she still doesn’t regret ending their marriage of 15 years in October.

According to Murray, 53, Weirsky had been unemployed on-and-off for several years towards the end of their union, leaving the bulk of the breadwinning down to her.

‘He’s not appealing to me all of a sudden because he has this money,’ she said.

‘I’m not going after anything. I have morals. I know what I’ve worked for and it’s everything that I have.’

Weirsky is likely to receive a staggering $162.5 million lump-sum, having opted for a one-off balloon payment.

His ex-wife says she expects him to use the money to support his family, and added that she hopes he does the ‘right thing’.

‘You tell me what’s the moral thing to do.’ 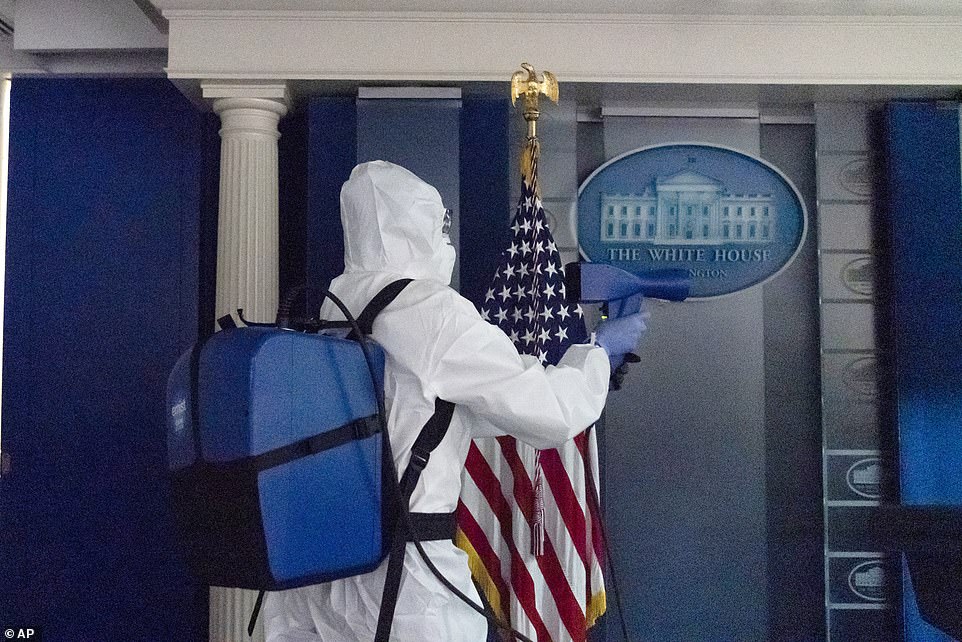 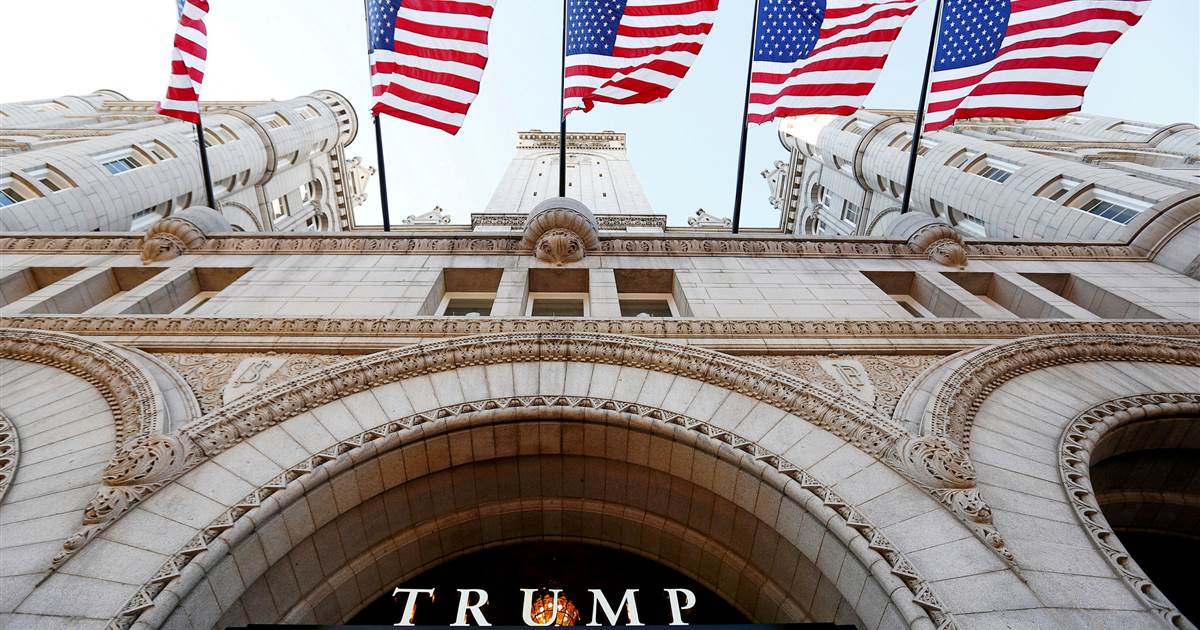 During the first year of Donald Trump’s presidency, the Trump International Hotel in Washington charged the Secret Service more than $200,000 in […] 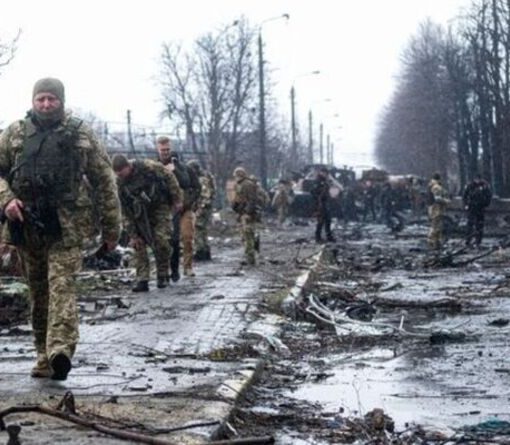